How can witches combine their power without disrupting each other's magical field?

Witches exist at all levels of society, including the top echelons. These individuals summon the orgone within themselves to perform various feats of magic through invocations. Magic is done within an incantation circle, surrounded by the various objects and materials needed for the spell. All witches are born with a set amount of orgone, or "power level". There are certain spells which require more orgone than a witch possesses. While the rare and powerful witch would be able to pull it off, most others would have to find some other way to pull it off. In this case, they would combine their power with other witches to make up for the amount that they don't have. Say a certain spell cost 500 orgone and a witch only has 100 to spare. They would need 4 partners to participate, with 100 orgone each, or some combination that adds up to 500. For spells to work, all participants must be linked to each other and perform the invocations in sync.

However, there are a number of problems with this. Two witches performing magic in close proximity to each other cause interference to each others magical "field". This disrupts the spell, causing it to have reduced effect or even misfire, harming their compatriots or even themselves. Additionally the witches have to pour more orgone into each spell to overcome the disturbance. This in turn causes more interference, etc. It also means the witch gets exhausted quicker. If combining power levels makes performing magic more difficult, it defeats the purpose of doing it in the first place.

For this type of magic to be successful, these hurdles must be overcome. How can this be made possible?

In the same way that electromagnetic fields can be contained or muted by a Faraday cage, orgone fields can be uniquely affected by cages rooted in magical power. Just as with Faraday cages, when the source of the orgone field is within an equivalent cage it experiences equipotential bonding with the cage, resulting in nullification of an emitted charge.

As it can be learned and taught, magic resides in the mind rather than the body. It follows that the practitioner's head must be covered to prevent the collision and muddling of orgone fields. Ideally, this covering would be heavily steeped in orgone, while also denoting the practitioner's status. 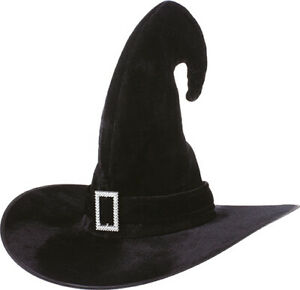 Wilhelm Reich would be so proud! To combine the living orgone energy of individuals into a single coherent unit, those individuals must engage in sex. And it has to be good sex, which gets increasingly tricky the more individuals are involved. Fortunately the witches have had time to sort these things out thru trial and error and there is a Kama Sutra like manual they access to make sure things go properly. This also means you cannot just round up a bunch of randoms for your ceremony - the cooperating witches are friendly with one another beforehand, which makes it easier for things to go right when they need that good magic.

This also shuts your haggy monsters out of this sort of endeavor because ew!

Instead of trying to cast the big spell together in one circle, have a team of helper witches, each in their own incantation circle and spaced far apart, perform individual incantations to charge the main witch with more orgone. Then the main witch, now supercharged with the borrowed energy of the helper witches, will have enough orgone to perform whatever magic they wanted to perform.

For untrained witches, their magic must be bound through a ritual and a spell which aligns their fields and connects them harmoniously through a crystal. Though with careful training, more powerful/sensitive unbound witches can meditate and focus on the compatible and incompatible aspects of each others' fields and elevate their compatibilities while suppressing their incompatibilities and also make applicable adjustments to the spell to accomplish the same goal. Casting for bound witches is thus less complicated and practiced, ultimately more intuitive over time and much more convenient.

A reference to this concept can be found here.

One could think of this in terms of musical ability. Master musicians with enough practice can meet at random and rely on their knowledge of theory and their skill to complement one another, in a way sticking to basic principles and in a way taking each others cues to perform a piece successfully. Similarly a group of new musicians can practice together to learn themselves as well as discover each other's abilities, strengths and weaknesses. The binding is a trick that simply bypasses this required period of group practice and makes those differences immediately apparent to all in the group.

Also note the suppression of incompatibilities implies a reduction in the net available power for casting. This should be considered in determining who can cast together and how limited they may be, whether bound or unbound.

The true secret here is that it is not just the caster that is the cause of the problem, the spells themselves can create problems as well. While the first is well documented, the latter is not well known.

Witches from all over have tried to solve this problem already to varying degrees of success. They know that each of them have a slightly different connection to the orgone around them, which resonates slightly differently and causes interference. This is the nature of the magic that they wield.

Other answers go into the details of how witches can better harmonize each other's magic to better collaborate on larger spells. Or how to minimize the interference that multiple casters creates.

Another idea that builds on harmonizing is the concept of the coven or the ritual of the coven. The first ritual that establishes a group of individual witches to form a coven is designed to harmonize the magic of individuals better by sharing a small portion of their magic into each other member of the fledgling coven.

The net power gain of this ritual is zero -- that is intended. What it does is introduces the disharmony of another's connection into your orgone so that you can learn to resonate with it, thus lowering the interference when working together.

But how about a potential different approach to the problem: It is not the witches that are the sole problem here. Part of the problem is the spell, and it may be the true root cause of the issue.

When most people design and cast a spell for their use, it is intended to be cast with one person and one person's pool of orgone. But when you get multiple magical inputs into what should be one source, the multiple streams of orgone combined with the geometries of the spell and words of the ritual creates or enhances the interference of the individual parts.

Alternatively, a spell for a coven is designed with the coven in mind. A set number of witches collaborate on the spell, and the spell is designed to take these multiple inputs and construct one grand spell from them. The very basis the spell takes this teamwork into account, whether that is a group of equals, master and apprentice, or a simple number of taps to make a set amount of power.

This also explains why certain rituals work better (or worse) than the known magical theory suggests they should: The spell is being used as it was designed to -- not just in the area of power requirements, but also with the correct number of casters and what they are inputting into the spell.

While you can do things not as designed, the farther you are from the original parameters of the spell, the more interference and disharmony there is in the final magic. When the spell's feedback combined with the witch's disharmony reach a critical point, Bad Things happen.

While the spell cannot completely eliminate the resonant interference of multiple casters, the designed coven spell does take into account that there is interference from the different members and either accounts for it, or even uses it in certain places.

I do not know how much about spell crafting is known by your witches -- if they have to create their own spells as they gain experience, or if they have some sort of grimoire that has their secrets in it. I could see some of the below scenarios coming to pass:

Not the answer you're looking for? Browse other questions tagged magic balancing-magic-systems .

13
Why do witches have non-magical bodyguards?
17
How can I protect witches in combat who wear limited clothing?
8
How could battle-runes be made inaccessible to magic users?
2
How can I avoid making power levels of magic users irrelevant when one can siphon power from alternate sources?
4
How can an individual provide a higher quality of energy the more depleted it becomes?
20
How can I prevent witches from cheating the magic system?
6
How can the economy of scale be prevented from disrupting the balance of power in a magic system?
7
How can witches be prevented from cannibalizing each other to increase their power?