What would be the approximate gravity, atmosphere etc. of a planet for a species to never make or use launch vehicles with rounded shapes like tapering cylinders, because they make use of the increased carrying capacity of a cubic/rectangular prism shaped spacecraft in contradiction to the problems due to increased air resistance.

TL;DR: this might work for a world like Mars, but the required atmospheric densities at the launch point are so low that it could not support life.

From the useful information found in this space exploration SE question, How strong and “hot” is the wind on the payload after the fairing is deployed at ~110km?, you can see that most present-day commercial rocket launches eject their cargo fairings at about 110km altitude, when the aerothermal flux has dropped below 1135W/m2.

They're doing this whilst the rocket is quite some way below orbital speed... only a couple of km/s. They need to gain a significant amount more velocity to reach orbital speeds, and the more useless mass they shed before completing that burn the less fuel they'll need to expend doing it. So if it were practical and safe and economical to eject the fairing and use a non-aerodynamic rocket at lower altitudes, you'd probably see it happening somewhere, and we don't.

Gravity, therefore, isn't really the most important factor here, but the density of the atmosphere. At 110km, the CIRA atmosphere model suggests the air density is about 9.66x10-8kg/m3 (for reference, the density at sea level is more like 1.21kg/m3).

So, the only reason you'd launch a non-aerodynamic rocket would be because at the point where the rocket hit the atmosphere (which for most rockets is the altitude of its launch pad) was already clear of your planet's local equivalent of the Kármán line. You can compute this for yourself by working out scale heights for your worlds; I'm not going to do this for you right now, but might look into it another time. A suspiciously tall mountain on a world with a very thin atmosphere might be a candidate for this sort of rocket launch.

Alternatively, a world with low-enough gravity might allow you to make a low-velocity ascent through the atmosphere to the local Kármán line, but I suspect that the gravity would have to be very low and the atmosphere still quite thin... Titan, for example, only has a surface gravity of .14g, but its atmosphere is very thick both in term of density but also its scale height is much higher than Earth's precisely because of its low gravity.

This really just leaves you with worlds with a very, very thin atmosphere, like Mars, and such worlds are unlikely to produce spacefaring civilisations.

Cubes are not better than spheres for increased capacity

So this sounds weird - but you don't actually get more space from a cube. That's because you need to consider the materials making up the object in question. If you're objective is the maximum amount of storage space, then note that a sphere has a greater storage capacity from a relative standpoint from a cube.

Why do we use square blocks for transport than? Because it stacks easier than spheres do. There's something wonderful about 90 degree angle corners, in that it makes storing them together very simple and easy. But if you're looking for an advantaged gained specifically from an increased storage capacity, it's circles all the way. And it's a lot easier to do when you design from the get-go.

This is the ISS 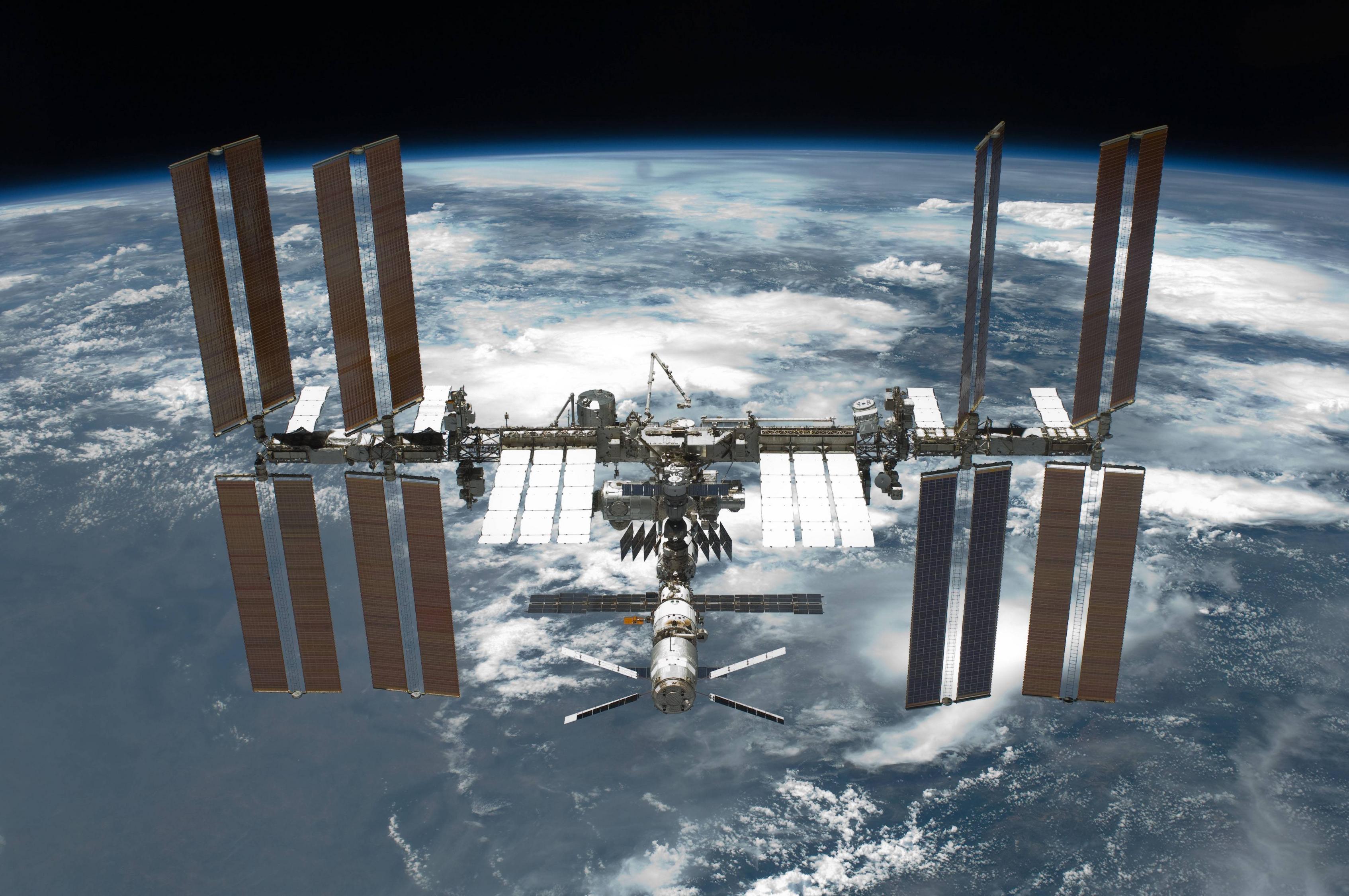 And this is the Voyager2 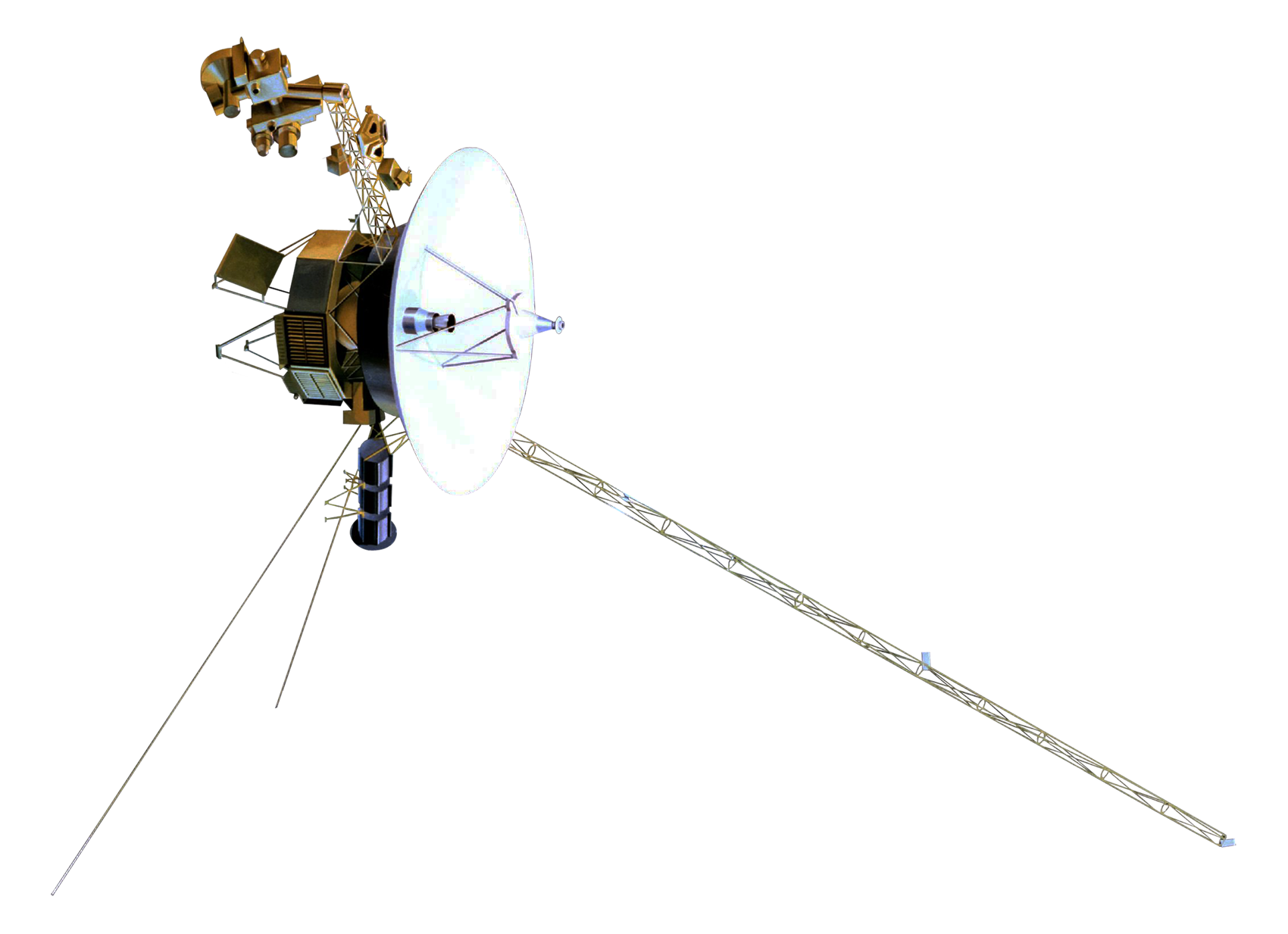 As you can see, their shape it's all but aerodynamics. Why? The only moment when they will have to worry about drag will be when they will reenter, being end of life. For the Voyager it will mean that it has encountered another planet with an atmosphere, YAIII, while for the ISS it will be in few years.

Thus, we already do not care of aerodynamic shapes of spacecrafts if we know that aerodynamic drag is not a concern.

In other words, if they don't have to deal with an atmosphere, we can spare the effort of aerodynamic design.

If you are interested in aerodynamics for taking off from a celestial body, look at the LEM: it took off from the Moon surface, and had no aerodynamic shape at all, since the Moon is atmosphereless. 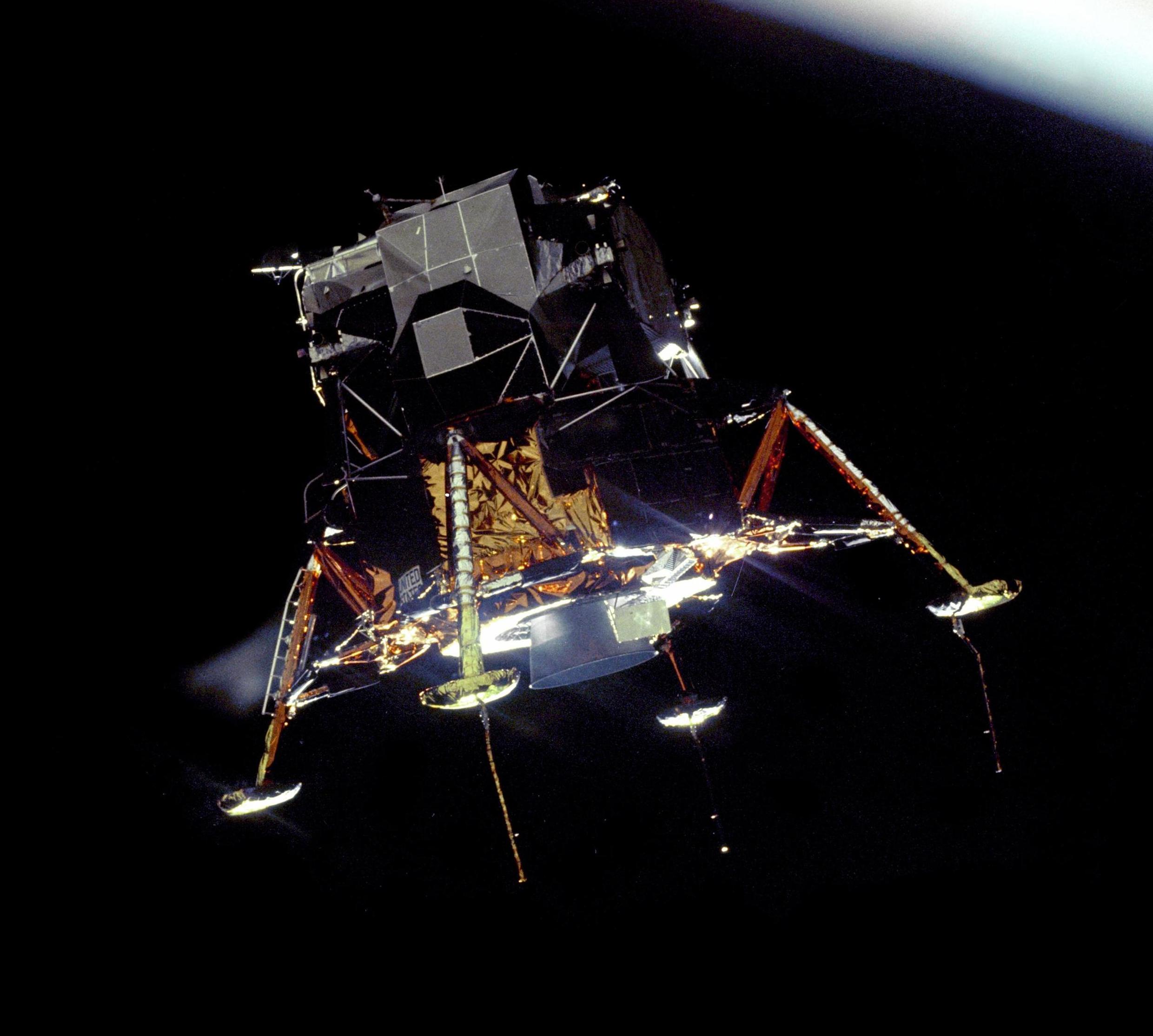 I'm not sure how deeply sci fi you are intending, but the development of some sort of energy shield or gravity control technology could accomplish this within an atmosphere. If not, I don't think it's possible based on my understanding of physics. The atmosphere will always produce drag, technically it does even when you walk, wave your hand, or even type on the keyboard, we are just built to resist it. The forces produced by the velocity necessary to escape gravity however produce so much drag that without aerodynamics it would tear the craft apart.

If you are willing to go hard sci fi with this, then developing the ability to control gravity would be a way to simply negate drag entirely around the craft. Alternatively, you could also use some sort of energy shield to protect the craft from the forces of drag. Plus, how you achieve any of that is entirely up to your own handwavium.

I would note that this would mean the civilization somehow developed that technology long before developing aerodynamics, which if we want to get picky with it, technically we did centuries before the airplane was even invented. Hell, fluid dynamics are pretty much the same thing, just less refined, and the Egyptians had a deep understanding of that before we had written language. So it may just not be possible unless you right in that they were just kind of given knowledge of advanced theoretical physics at the birth of civilization.

Not the answer you're looking for? Browse other questions tagged science-fiction hard-science spaceships .

4
What are possible catastrophes on a space station?
50
How would you know your floating island was losing altitude?
8
What are the Limits of Laser Weapons in Space?
6
Are laser-stars the better missile carriers in space warfare?
0
Can someone with a better understanding of physics review or correct my design of a hypothetical fusion reactor for space vessels?
17
What would be the maximum distance from which a space ship could physically see a planet?
20
Lightning-powered vehicles - are they possible? Are they realistically usable for everyday transport?
9
Is my space combat system realistic?
5
What will real space vehicles look like in the future?