Could a land vertebrate re-evolve gills after moving back into the water?

I know there are examples of land vertebrates moving back into the oceans, such as in the case of whales, and marine reptiles, but in every case that I know of when a land vertebrate moves back into the water it continues to breath air, and come back up to the surface to take a breath.

Could a land vertebrate re-evolve working gills after migrating back into the water, and if so what types of evolutionary pressures might cause a land vertebrate to revert back to breathing water instead of air?

Gills extract oxygen from water, where it's present in lower concentration than air. With lower oxygen available also the metabolism has to be reduced.

With the current conditions there is no advantage in using gills against lungs.

There are lungs and there are gills. There are some other ways to get oxygen as well. Some animals respire through the skin. Behold: the Hairy frog. 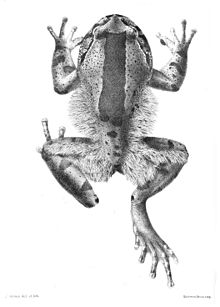 These frogs do gas exchange through their well vascularized dermal papillae.

For an example of a mammal with gills, one could consider Heuvelman's cryptid merhorse. 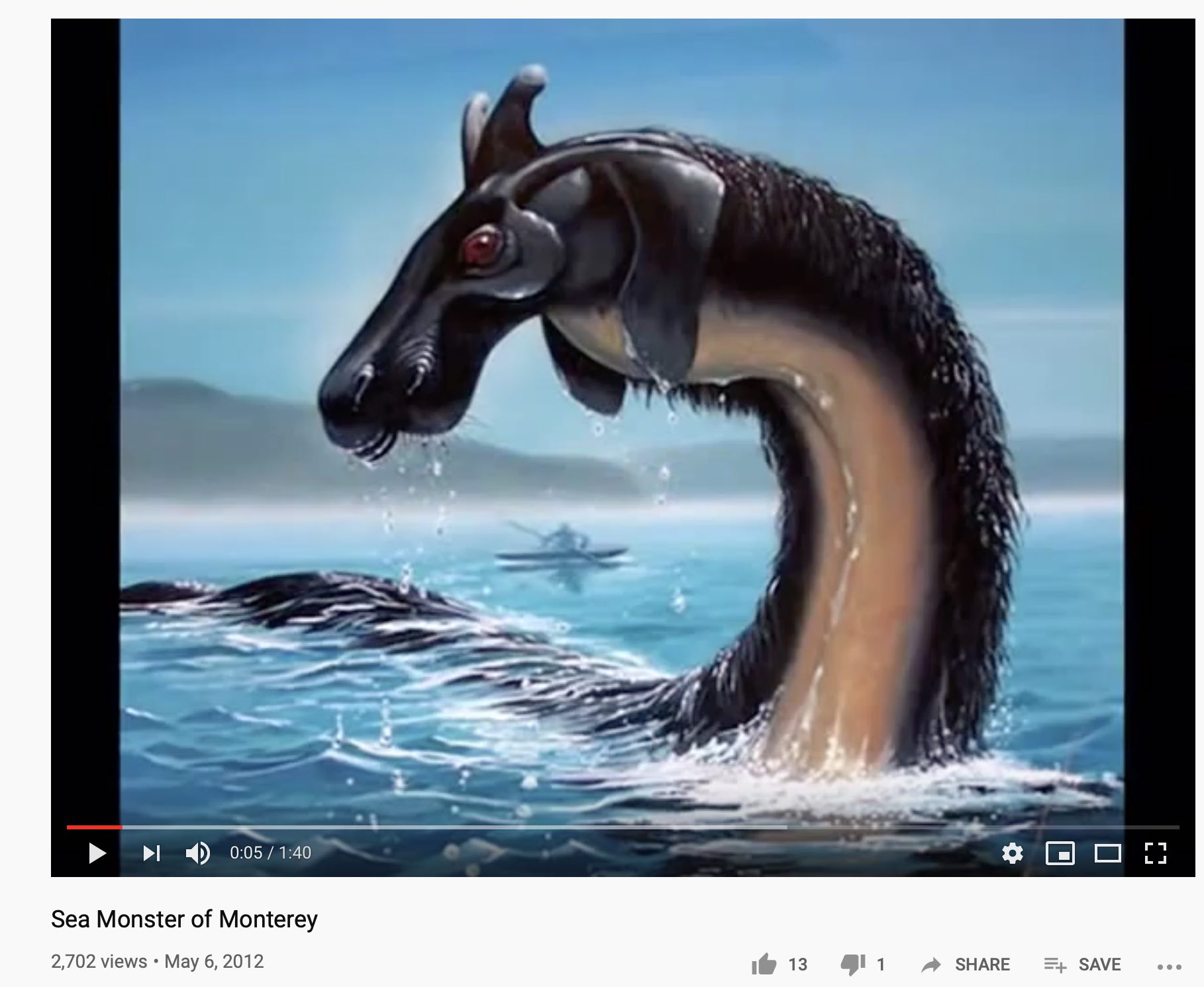 from In the Wake of the Sea-Serpents.

The merhorse: an elongated sea animal of large size characterized by a sort of large mane hanging down it's neck.

It is it may seem surprising that there should be a semi-abyssal mammal living at a fairly considerable death of up to 100 fathoms. It is here that their mane, so very unusual in a sea animal, make come in. It is noticeable that the better adapted an animal is to life in the sea, the more hairless it is; the cetaceans are smoother than the pinnipeds and even in the fur seal the mane is very short. Ivan Sanderson has suggested to me that the mane of these sea serpents might be respiratory organs in the form of filaments, , similar to the hairs of the hairy frog similar to the hairs of the "hairy frog", and supplementing their pulmonary respiration. And in the merhorse as in the hairy frog these hairs are reddish which may perhaps be due to their structure and function. But, admittedly, this arrangement would be quite unique among mammals.

Of course the merhorse is a theoretical cryptid. But the rationale of a vascularized "mane" of dermal appendages makes sense. The animal (the merhorse is a mammal; possibly a pinniped) spends a great deal of time at depth (as evidenced by its huge eyes). If it could do some gas exchange at depth through vascularized skin, that would let it stay down longer before resurfacing. It could hunt, or hide, or do whatever it needed to do in its deep home.

Some pinnipeds do have very vascular secondary sex organs akin to rooster combs - here is a hooded seal showing off his. 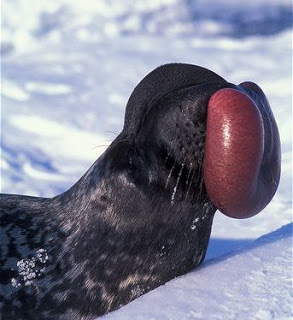 If the merhorse gained greater fitness by increasing the size of its respiratory skin appendages, they could increase and proliferate until they formed a manelike covering. It is not a gill in the fish sense, but it has converged on the function of an external gill like that of a worm or an axolotl.

I think a very big animal would probably derive little selective benefit from slightly more gas exchange area. Probably this would first arise in a small seal. Once the vascular mane was established as helpful to a small animal, it could be selected for larger sizes, culminating in the large merhorse.

There's a big problem with reverting to our ancestral gills -- while mammal and reptile embryos do have the beginnings of gills for a while, the structures don't simply disappear, but get remodeled into a variety of other facial parts. Bringing back the gills would require a significant reworking of the facial parts.

23
The Red-Headed Whale. Why Would the Head be Red?

8
How can a vertebrate animal evolve for extended flight before living on land?
9
Could the Hoatzins wings evolve into arms
15
Let's evolve whales and dolphins back onto land
7
Could Bamboos Evolve Into Trees In the Past?
12
How to evolve a reptile into a wyvern, 100 million years in the future?
1
Alternative origins for the lungs
10
Is it possible to introduce life to a planet via preserved organism?
1
How could an eusocial dragon species of elemental castes work?