The Itsy-Bitsy Insect Has Made a Web. How Differently Would it Look From Spider Web?

In an alternate Earth, a mass extinction wiped out a percentage of the most successful phylum ever--Arthropoda. All that survived of the class Arachnida were the really small varieties--the ticks, the mites, the pseudoscorpions, the whip spiders and the hooded tickspiders. So who would fill in the niche of Araneae, the true spiders?

In this scenario, that belonged to a group of insects descended from a population of larvae from a species of lacewing that decided to forego their metamorphoses. In time, this one population had evolved into multitudes of orders, families, genera and species. The vast majority of them weave webs for the exact same reason spiders do back home--catching prey. But here's the catch, if you'll pardon the pun--being insects instead of arachnids, their silk does not have the same chemistry. In other words, they don't trap their prey by being sticky.

So in the absence of stickiness, how else can a web made from an insect trap other insects?

You dig a hole and spread silk around the edges. The silk is slippery and offers very little friction for insects, causing them to fall into the center. Like a true web it has a few strands that the larvae can use to exit the hole when necessary. Preferably the insect will have time to struggle against sliding in, meaning it exhausts itself and its rear end is facing the larva when the larva strikes.

Pitcher plants use smells to attract insects and small animals. Once they enter the plant it has a slippery surface. Some plants add a small opening that is hard to find from the inside as well. Your larvae create a large cocoon chamber with one small opening, and spray a smelly substance that attracts prey on the bottom. If the larva are strong they could do a trapdoor-spider idea and suddenly pop up to catch its prey as it wanders around its interior. If the larva is weak it could wait the prey out and attack they prey when it is weak and exhausted. Perhaps it could also use something else, like spraying the target with digestive fluids from a safe spot in the cocoon like a pitcher plant to dissolve the target over time or using chemicals that work on the targets nerves or muscles after prolonged exposure.

Most insects become a lot more vulnerable when upside down. The larva places some silk wires across the ground that it'll lift up when an insect passes over. If successful the insect is flipped and the larva could attack its softer bottom, hopefully before it gets back up. If unsuccessful the larva stays put. To reduce risk the larva could use a protective cocoon in case the target gets pissed after a failed flip event and comes looking. Or maybe it could use a trapdoor-spider technique to hide itself when an insect comes by.

Go the other way. Build funnel traps. the edges are slippery causing the bug to fall in further down the funnel to where the hunter awaits at the bottom.

Interestingly, there's more than one mechanism for making spiderweb sticky. The method that most people are aware of is by adding tiny droplets of adhesive to some of the threads. There's a separate group of spiders called cribellate spiders that produce very fine silks that can have a "fuzzy" texture that prey can easily become entangled in. Alternativesly, the oils and waxes on the prey's skin or carapace can stick to the fuzz, adhering it in place without the need for the spider to produce glues. Cribellate orb weavers exist producing complex web designs.

There are a number of approaches that cribellate spiders take to acquiring prey that might be relevant to your interests, though. The spider in the image above, Progradungula otwayensis, is an ambush predator. It waits for foolish prey to come nearby, then scoops them up into the little snare it has assembled and administers a good toxic fanging whilst the prey is entangled. Similarly, Deinopsis species, called "net-casting spiders", amongst other things, spin small webs which they detatch and hold with their legs, and grab passing prey with those. Triangle web spiders build a partial section of a non-sticky orb web which they hold under tension from one corner. When prey hits the web they let go, and the silk springs back thoroughly entangling the prey without the need for immediate further wrapping or adhesives.

My other favourites are trapdoor spiders, a number of different species who build a burrow with a camouflaged "lid" which they lurk underneath. Radiating from the entrance to the burrow are a number of silk lines which the spider feels the ends of. When prey walks past close enough to the entrance to the burrow they disturb the silk, alterting the spider to their presence and their direction. The spider then pops the trapdoor open and pounces. Relevant video, not for arachnophobes. Funnel-web, tube-web or radial-web spiders use similar tricks, without the camouflage lid. 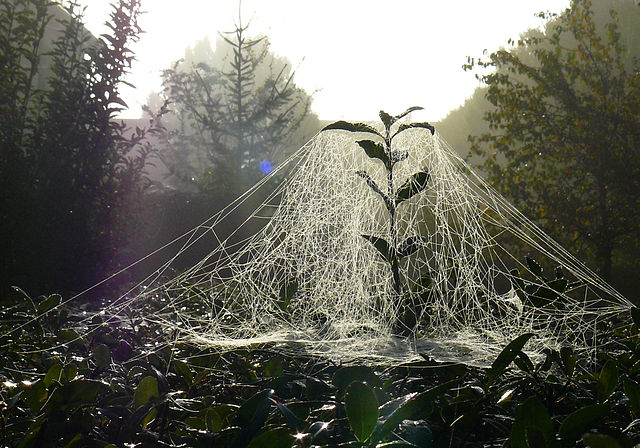 Tangle webs or mesh webs are another cribellate web form with a flat sheet below a seemingly random arrangement of strong, fine silk lines. Passing flying insects hit the crosslines and fall onto the sheet underneath where the builder can finish them off at will.

As you can see, the real world provides a wealth of techniques for you to steal be inspired by, but I'm sure there are plenty more that could be conjured up... webs used as a lure, animated by the spider pulling on threads, to tempt in would-be predators. Underwater nets, perhaps like the classic conical fish trap design, that swimming prey can enter but find difficult to leave (perhaps spun by an equivalent to the diving bell spider). Might think of more later...

I'm going to be a bit brief here, because I am at work. Venus' flower basket (Euplectella aspergillum) may be of interest to you - 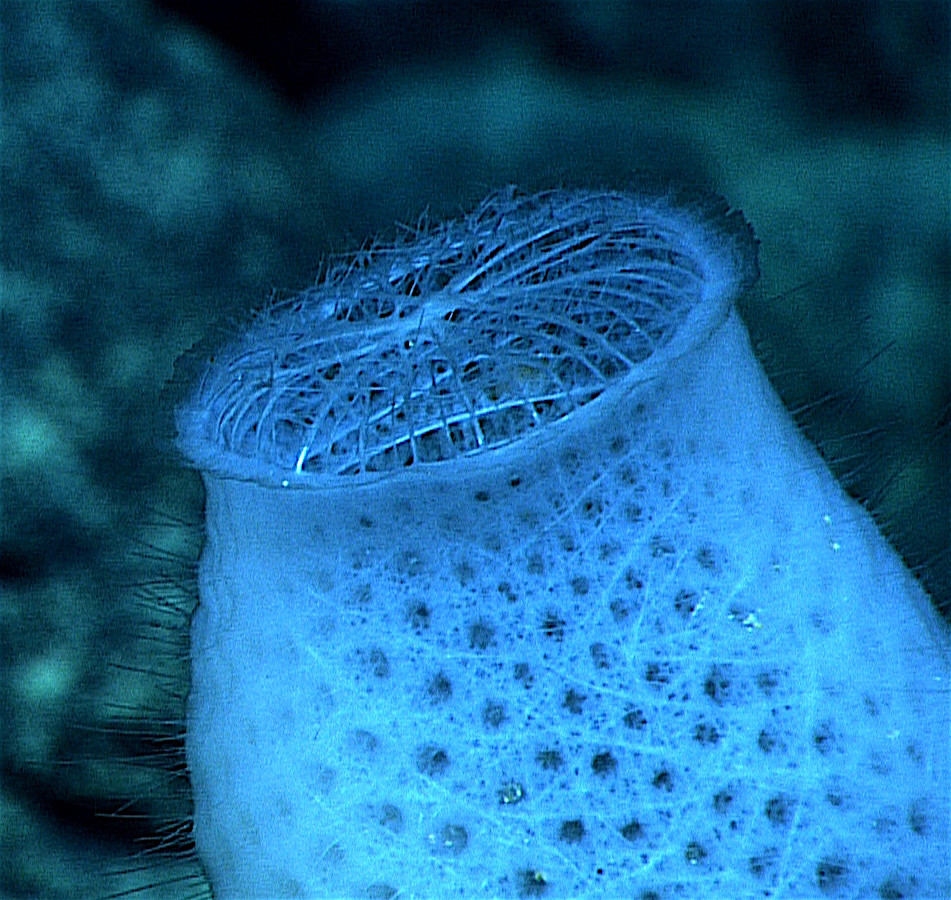 They generate (or knit) webs which capture particulate matter. One could imagine an atmospheric construction which would capture pollen, or maybe even small insects. 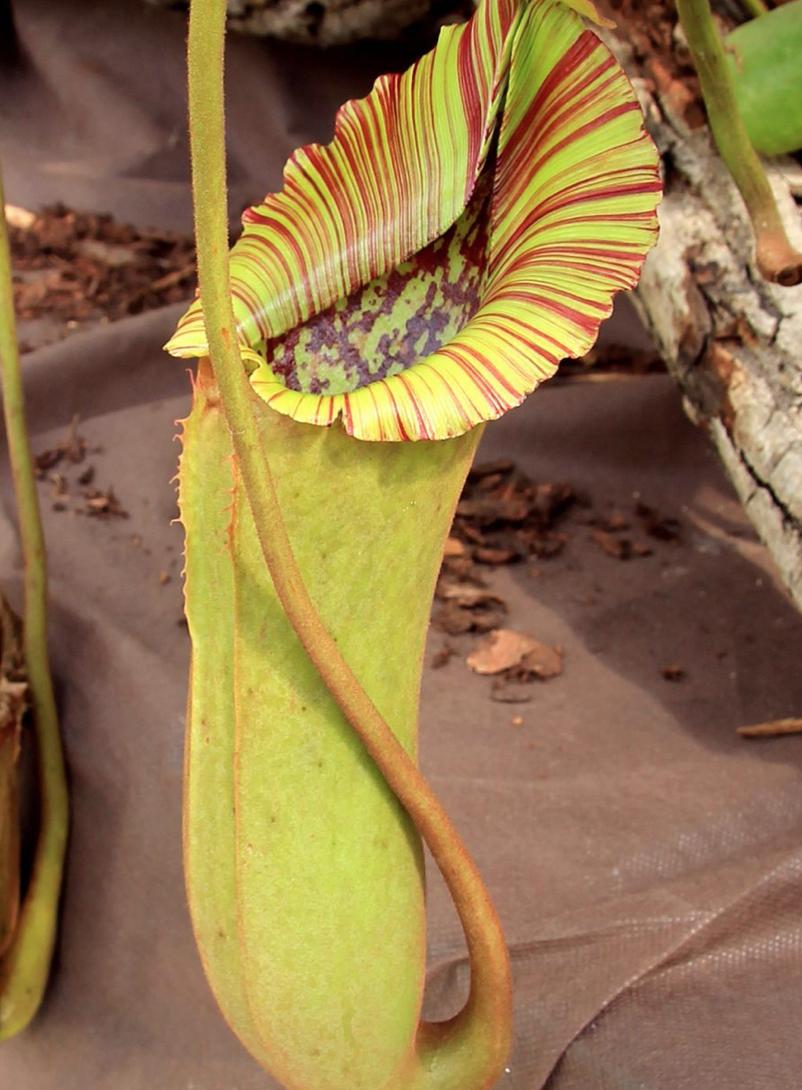 A slippery surface could be knitted or webbed together.

Finally, there's the other Venus - the flytrap - which uses a hinge - so you could use an alien bug that has a similarly sprung web 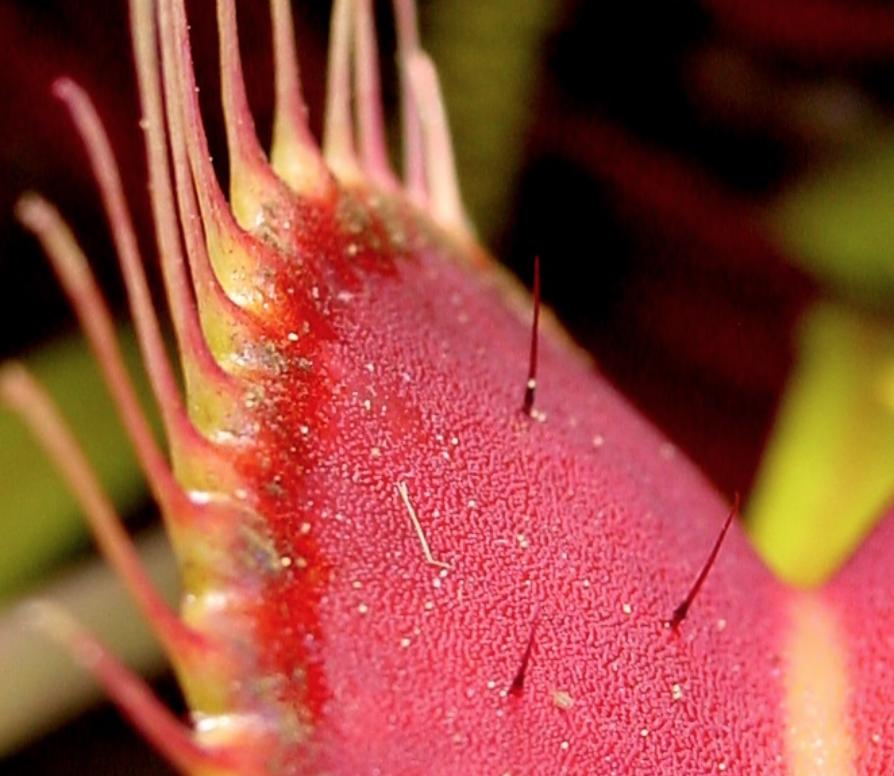 Some spiders don't just wait for clueless prey to fall onto their webs. Some angry spiders shoot them in the face with web balls. Here is a relevant video. They also produce pheromones to attract moths and moth-flies.

Now, surely, the bolas spider's web is sticky. But your insect's doesn't have to be. It may either stun by brute force - anything that hits your eyes or your as... er, hindquarters too fast is bound to hurt and stun.

You can take the idea above up a notch and then your insects may use a lasso due to Rule of Cool.

Since some ants do raise aphids as cattle, it would be fitting to have cowboy ants.

Not the answer you're looking for? Browse other questions tagged science-based biology chemistry alternate-earth or ask your own question.

41
Would armour made of spider silk work?
23
How would a very large, sentient spider communicate?
8
Given an apparent solar brightness of <30% Sol from Earth, how differently would plants evolve?
1
Earth Orbits a K-Type Star. What Would the Visual Scenery Look Like?
8
How would oceans of supercritical CO2 on Venus-like exoplanets look like/behave?
2
If Earth had a smaller second moon, what would the sky look like?
2
What Would the Arctic Ice Caps Look Like in This Current Map?
6
Would Plate Tectonics Act Differently on an Earth-like Planet Where Water Makes Up the Minority of the Surface Rather Than the Majority?