How would a civilization without reading and writing develop general-purpose computers?

A civilization has reached a high level of cultural and technological development without the development of reading and writing. They are at least equivalent to the Incas, and may have some classical Greek tech like Hero's steam turbine and coin-operated vending machine. The society places a strong emphasis on the development of memorization techniques, and the average educated person can recite at will what, in our world, would be multiple textbooks and years' worth of articles, stories, lore, and news. They aren't primitive - they can do advanced math, understand and follow multi-step directions, describe the natural world at length, apply theoretical and empirical scientific processes, etc. - they just can't read and are not likely to develop such tech anytime soon.

This civilization has been experimenting with fine gearings, vacuum tubes, logic gates, and other early computer tech, but they seem to be unable to make the jump to writing software due to their lack of literacy.

How would this civilization develop general-purpose computers? To some extent, punched cards can be used to encode numbers and perhaps basic operations (e.g. add, load, display), but without the knowledge of alphabetic, syllabic, or other writing, it seems a stretch for them to begin encoding arbitrary text onto the cards, such as a user interface, human-understandable error messages, or downloadable content.

*How does such a civilization move beyond using computers to do basic math (e.g. "dot dot dot plus dot dot equals dot dot dot dot dot") to having general-purpose computers, without first developing reading and writing?

The exact form of the computers are not important as long as they are general purpose ones, so a steampunk Analytical Engine is fine as long as it can be built without writing and used by a person with no knowledge of reading and writing (but perhaps with an extensive scientific, engineering, literary, and cultural education).

First of all, I don't think that a society without some sort of notation could ever achieve the sort of technological sophistication that you specify. Although I couldn't find any sources for human limits, experiments show that animals are incapable of understanding numbers past a certain count. When people (who don't have number synesthesia or something) imagine a large number, they are thinking of the script-notation of that number. For example, when I think about the number 256, I'm not thinking about 256 items of something, I'm thinking of the numerals "2", "5", and "6". I don't and cant can't imagine 256 things in my head, I just understand the abstract concept of hundreds, tens, and ones places. Disclaimer, I'm not a neuroscientist or anthropologist but I don't think it would be possible to develop advanced mathematics without some sort of real-world information permanence system (which could be called writing).

Still, if you're dead-set on having no written or physical form of information storage that people can read (that includes pictograms or informational art!), then I still have a solution for you:

Now while your society's technological level is nowhere near CRISPR or gene editing, selective breeding, training, or a dash of handwavium can make the complexity go away. Since the society had no conceptualization of physical writing and is instead focused on memory and mental prowess, training animals to preform tasks would be a logical step for them.

For example, mice could be "programmed" (trained) as simple computer chips, say in the vending machine. The vending machine mice are trained to recognize coins of certain denominations and pull levers inside the machine accordingly. For more complex operations, animals could be trained in certain swarm behaviors and preform swarm calculations. For example, colonies of ants could be used to solve optimization-problems and it's been shown that animals have an instinctive understanding of path optimization (essentially calculus/integration)

Furthermore, these types of Bio-computers have already been seriously considered by the military when transistor-based computation was still to complex. Notably, the pigeon-guided missile, where pigeons were trained to act as "flight computers" for missiles and steer the bombs towards their targets.

Depending how far you want to go, you could also adopt "biopunk" elements into your narrative, by which I mean that some discovery or technique makes biological manipulation waaaay easier than it is in reality. For example, in such a world, the "computers" could be specially grown brains-in-vats and supercomputers could be interlinked networks of grown brains. Simple automation could be provided by growing nervous systems and tuning it's automatic responses to whatever is desired. The people could also modify themselves to make them smarter and be able to link into the "internet" which is really just a highly complex biological brain-to-brain interface.

Say hello to the Abacus

A style of computer first built in 2700 BC. It does not rely on any written words to be able to be used to perform relatively complex calculations, and can be taught to illiterate people quite easily, and made using stone aged technology. 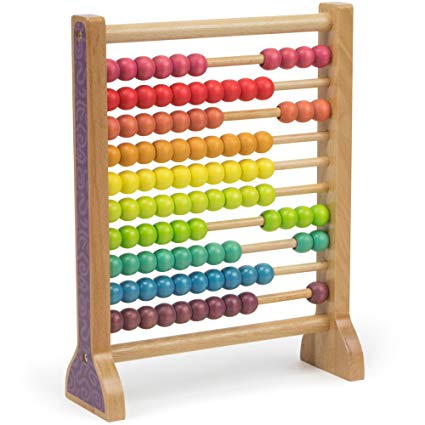 While writing technically predates this technology, its construction and usage is simple enough that you would not need to first discover the written word to spread its usage. Because data is stored by bead position, there is no need for formal writing to track complex values; so, over time this device could become common and studied enough that "computer scientists" would begin making custom mechanical devices such as the Antikythera mechanism which could use handcranks and ratios (calculated on your abacuses) to perform programed operations such as calculating solar events.

Many of the craftsmen that made these sorts of ancient calculators would have likely done so without formal reading and writing since literacy was still so rare back then.

The technology to make "general purpose" computers the way we think of them requires culminating many lifetime's worth of knowledge and massive co-operation making it WAY too complicated to get to without reading and writing. However, it could be possible to construct programmable" devices similar to the Antikythera mechanism where one would own a set of gears and shafts that could be reorganized like erector sets into different programs. Such machines could perform any number of linear mathematics, but more complex computations that require any sort of compounding values would probably not be an option.

The whole thing could be based off of noise sensitive technology. It could use noises to record information and then translate it into code. You could still make a computer that functions with elementary logic that uses sounds to interface and code.

One thing that this immediately reminded me of is redstone programming in Minecraft. Perhaps with simple logic gates, your society could program some basic functions, but as others have said, you'd be hard pushed to develop anything too advanced without at least some language.

More than likely the computers would output something like morse code beeps, or the ringing of bells. The input would be taps on a single button which would put instructions into the machine one at a time.

It would be a long and involved process to use a computer, but it wouldn't be much more difficult than what early computer operators in our world had to do.

Not the answer you're looking for? Browse other questions tagged language computers .

4
How would a society without linear alphabetic writing have devised human-readable computer inputs?
6
Technological development without writing

9
Alien Periodic Table of Elements
67
How could I have modern computers without GUIs?
4
How can I make a Venusian computer?
4
Could a technologically advanced civilization be possible without digital computers?
19
Non-visual Computers - thoughts?
1
What could have been the history of a world where programming skills are considered to be basic literacy?
5
Stages of Artificial intelligence's mental development to full personhood