It may not be possible with conventional plants alone as stated in another answer, but almost complete shade could be brought to the forest floor by the addition of another layer to the ecosystem consisting of:

Fungi, not needing light to photosynthesize could potentially form a multi layered "underforest" cutting out virtually all of the remaining light.

The highest layer being the bracket fungi attached to the tree trunks: 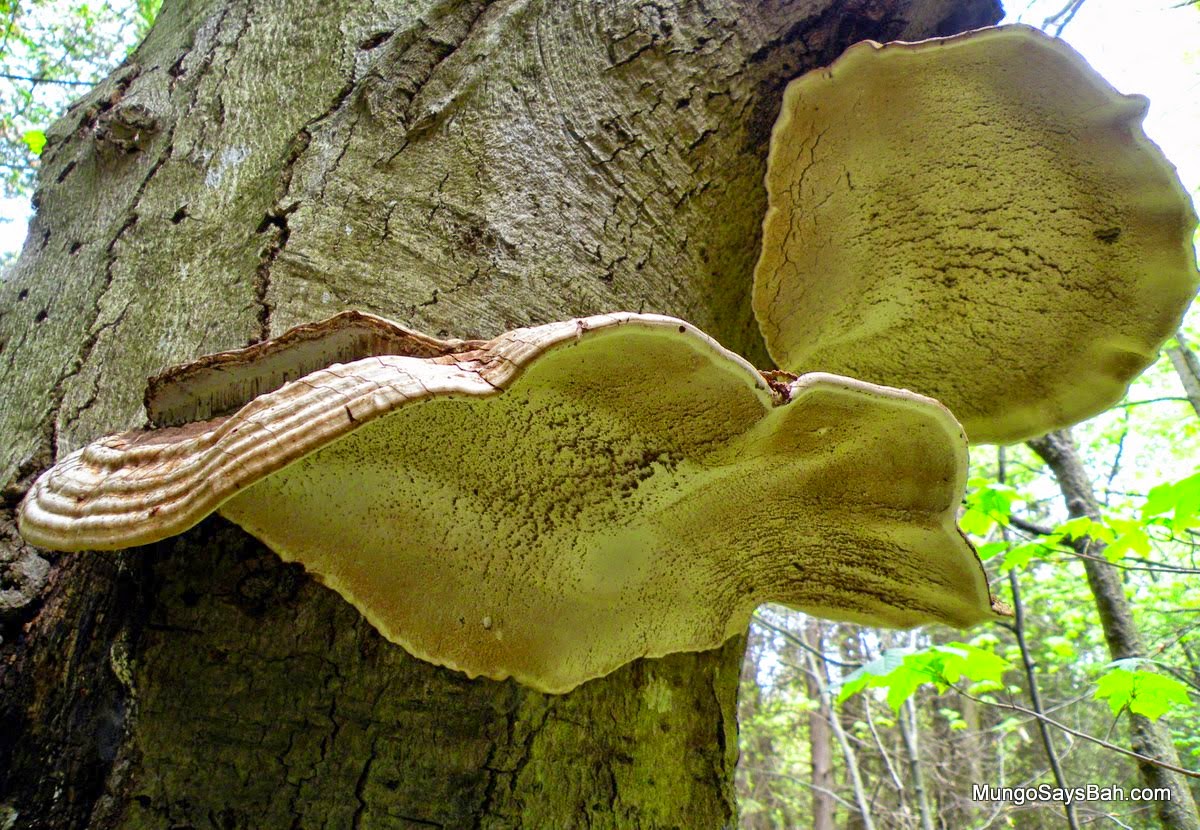 Beneath these would be the traditional shaped toadstools: 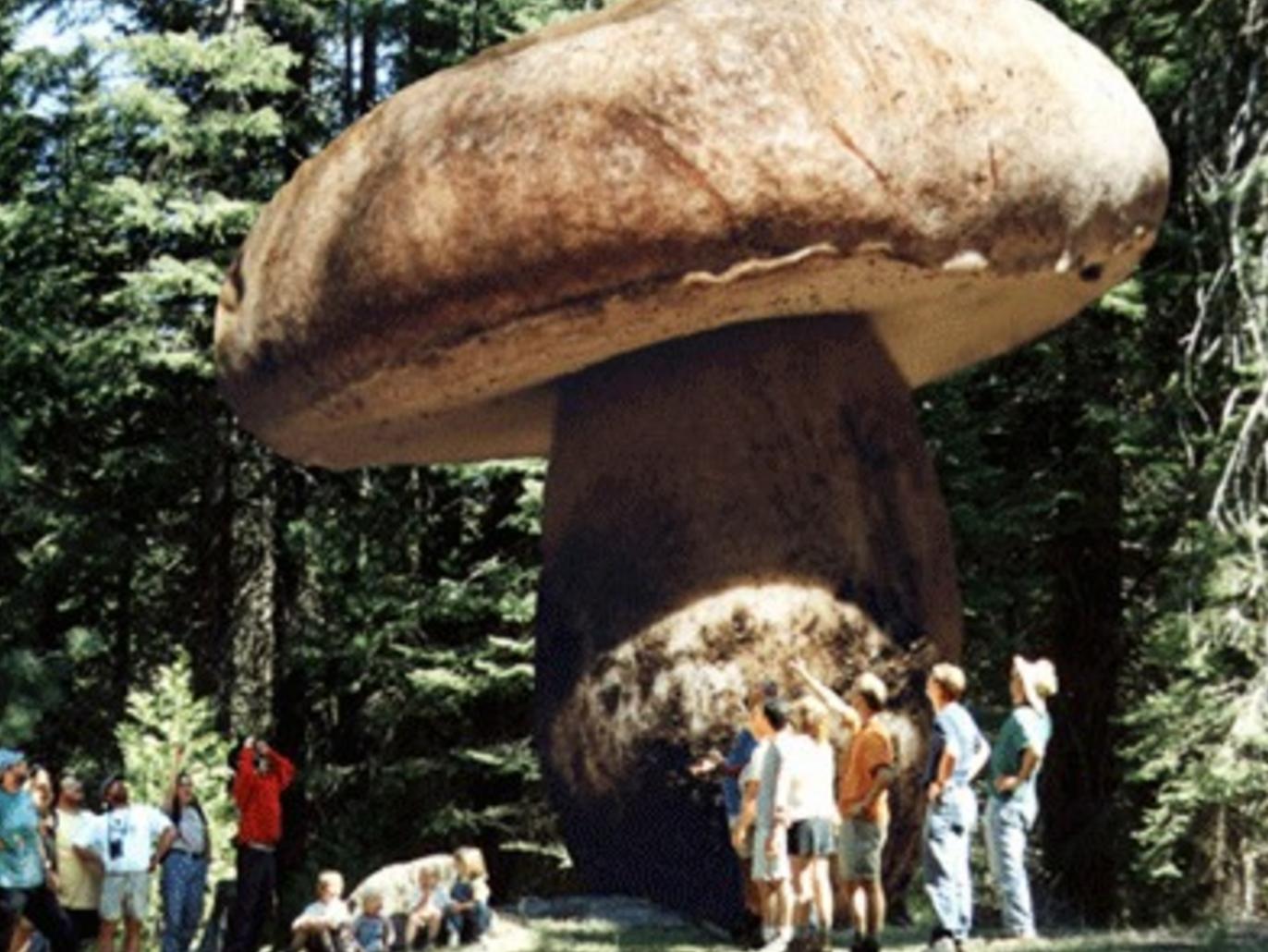 It's thought to have been the case at one time on Earth:

From around 420 to 350 million years ago, when land plants were still the relatively new kids on the evolutionary block and “the tallest trees stood just a few feet high,” giant spires of life poked from the Earth. “The ancient organism boasted trunks up to 24 feet (8 meters) high...”

Since a layer of leaves or needles never stops all the light that reaches it, there will always be some light under a forest canopy during at least the brightest part of the day.

If you want permanent complete darkness at the forest floor you have to postulate an alien kind of tree that uses a solid web instead of clusters of leaves.

Adjacent trees would cause their webs to join up or abut exactly, since any overlapped part of a web would be an unproductive drain on a tree's energy budget. Alternately, the forest would be characterized by constant "web battles" that would make most trees wish they had leaves.

While it is true that the amount of light that ultimately impacts a surface generally follows an inverse square law, if we assume "reasonable" heights for your canopy and the distance from your planet to its sun, the difference between these is sufficient that we can effectively ignore fall-off.

That being the case...

What happens when light hits the top of the canopy is that:

The scattered light, if it hits a lower leaf, is going to bounce around your canopy (being attenuated each time, but still...) and eventually make it to the ground. Essentially, we can consider the light that isn't absorbed as light that we need to absorb lower down in order to accomplish our goal.

Now, it happens, this is essentially the same thing that happens with the ocean deeps, except that, instead of macroscopic leaves, you are dealing with individual water molecules doing the absorbing. Now, in theory, you can't stop "all" light, but your goal is to stop enough (99.99...% with enough 9's) so that, practically speaking, you've stopped "all of it".

The reason this works with water (oceans) is because you are more or less uniformly absorbing light across the entire depth. However, as A. I. Breveleri notes, forests don't work that way. In a "normal" (read: something we might find on Earth) forest, leaves exist to absorb light. At some point, there is not enough light to absorb for it to be worthwhile for the trees to put out leaves at that depth, which means, practically speaking, there is a limit to the amount of light a forest canopy can absorb. (This is why you have a "canopy"; leaves at the top, close to the light, with a lot of "empty" space underneath.) This, in turn, is why the height doesn't matter. Essentially, there is a limit to the depth of leaves that your trees will grow. Once you reach this, going taller doesn't reduce the light (much; see first paragraph), it just increases the distance from the canopy to the ground.

In order to overcome this, you need to alter the cost/benefit ratio of growing "stuff" in the lower layers of your forest. You could do this by having leaves that are productive with very little light, thickening your canopy, or you could fill the understory with something that is less light dependent (e.g. fungus, as mentioned by We are Monica). The rate at which light penetration is reduced will depend on your approach. Thus, the question as originally worded, doesn't really make sense.

Not the answer you're looking for? Browse other questions tagged internal-consistency sunlight forestry .

4
Confusing predators with reflected or refracted sunlight
6
How can a world with an extremely thick, microbe-rich atmosphere avoid global warming problems?
6
A 40km alien saucer is floating 1km above central Africa for a long time. What are the effects on the rainforest below?
1
Is this model possible? Fast axial precession + tidal locking
31
Can there be plants on the dark side of a tidally locked world?
5
How Would I Make an Oceanless World Feasible?
2
How would ground pressure effect cyborgs of varying weight?
6
Is my topology/are my climate zones alright?
5
Is The Climate Map for My Alternate Earth Accurate?