How would an underwater race protect against pressure waves?

In my fictional world, there is a race of mermaid-like creatures that are having a bit of a problem. That problem is that the surface dwellers have made something called a depth charge. This makes underwater explosion that creates pressure waves that crush their lungs. So what I’m wondering, is if there is any way (aside from swimming) to protect against underwater pressure waves?

This race has advanced biological technology from breeding and growing their tools. It is at the point where they have taken a dolphin and breed everything except the sound organ to non-existence and turned the rest into a sound gun. 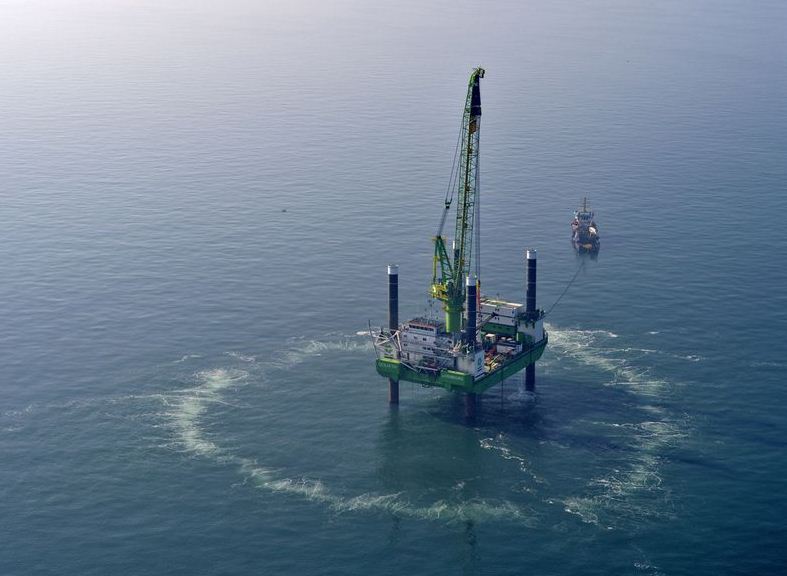 Depicted - an oil rig with a circumferential bubble curtain to reduce underwater noise.

A bubble curtain is a system that produces bubbles in a deliberate arrangement in water. It is also called pneumatic barrier. The technique is based on bubbles of air (gas) being let out under the water surface, commonly on the bottom. When the bubbles rise they act as a barrier, a curtain, breaking the propagation of waves or the spreading of particles and other contaminants...

It can be used for the following purposes: to reduce propagation of shock waves (e.g. acoustic waves from engines or pile driving,1 explosions etcetera)...

Your mermaids need some tech to produce gas. If they can breed dolphins into handheld squeak guns, making bubbles should be within their abilities. You could ferment things, or tap deep methane deposits, or any number of things. The curtain might be constant or could be turned on when the mermaids hear boats coming.

A bubble curtain is a decent idea, but for something more static, that doesn't require continuous power...

You want a series of baffles that will allow water to pass through, but will choke and disorganize the flow, absorbing and dissipating shockwaves. Sponges will do that just as well in water as spongy materials do in air to absorb sound.

If you want something that a person-sized creature can swim / crawl through to enter and exit and enclosure, you build the same kind of structure, just at a large scale, with person-sized twisty passages rather than food-particle-sized ones. Those could be larger passages carved through a thick wall of bioengineered sponge, or you could use other, stronger materials--e.g., a custom grown rocky coral reef.

Can't drop depth charges if your ships have been eaten. 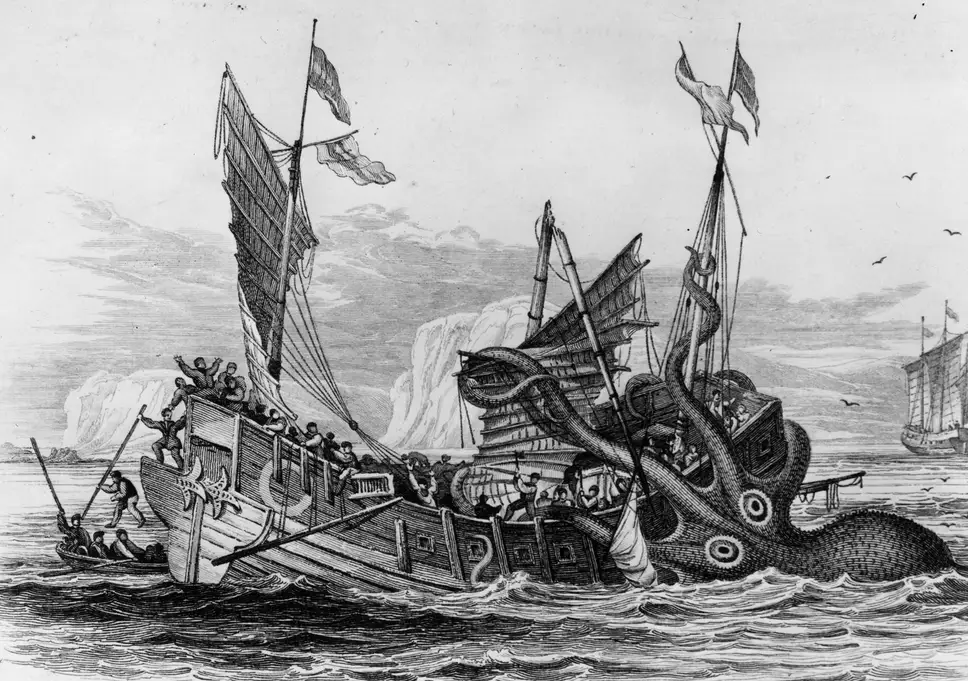 By stopping the waves at the source

These surface dwellers don't seem to know or care about this race. Of course, you can put up a shield, or breed sea monsters to deter approach, but that might actually make the land-folk more curious, and encourage them to come closer. When they find Atlantis the thing being defended, all the while being encouraged by continued losses, the will find Aliens! a hostile, hidden force. I predict very fast escalation, if not straight-away nuclear strike. Not an optimal outcome. This is, of course a simplified timeline, but unless peace is reached very fast, a war of extinction is quite probable.

What would the average country with a sizable navy say, if they found that the Bermuda triangle is full of dinosaurs things who have secretly developed genetic hacking to such an extent that they can breed dogs into guns? They would quite probably assume that targeted diseases, i.e. biological warfare, is only a short design process away, or even stockpiled. Some trigger-happy general or president might decide to keep this tech out of any potential terrorists or enemy countries, by destroying it.

I think that I've made it pretty clear that hiding is not a very viable option. Instead, I recommend one of two options:

The best defense is an indiscriminate offense

Since you can indeed breed things to such high usability, you could easily breed a perfect biological weapon (Just a few options). Or, you could go for a less overt option, and let them wipe themselves out. While hijacking a sub, and getting it to launch a nuclear missile would be quite difficult, there are other, similar options. If your ethics committee is OK with it, you could breed one of your own to be able to pass as human, and become a political leader who can start the war themselves.

If nuclear fallout is not a desired side affect, and neither is extinction, or even a race of slaves, you can always try

If it wasn't apparen't already, I'm assuming that the surface-dwellers have no idea you exist. If they do, then they have basically been dropping bombs on you. They asked for what's coming. However, you could try giving a few examples of why they don't want to do that. This might make you a few enemies, but if you make the demo impressive enough, they won't dare attack you. Or they might try their best to wipe you off the planet, but to be fair, they were already trying to do that anyway.

If they don't then the remedy is simple: Say hello. (This one has a more impressive "greeting" on the poster). How you go about doing this is up to you. You could breed a Kraken, and show up riding it into New York harbor. You could send Morse code through your specially bred whale orchestra. You could even go through Area 51. However you do it, eventually you will be able to go up to the UN, and demand that depth charges be banned.

For a more impressive, if more risky approach, secretly sponsor a splinter group to start along the violent route. Then urgently contact a group of politicians, warning them of the threat, gaining yourself some friends, but also sending the message that these things need to be stopped.

This also has the bonus of letting the community make space whales within the foreseeable future.

The mer-folk could have their cetacean "sonic guns" create a countervailing shock wave. Since the energy of the depth charge is shared over the surface area of an expanding sphere, a very loud directed sonar blast by a dolphin / whale might disrupt it over a small section.

Blue whales can produce 188dB and sperm whales can supposedly generate a 230dB pulse (https://roaring.earth/sperm-whales-can-vibrate-humans-to-death/). Add your many generations of breeding and you might be able to mitigate a depth charge pressure wave.

The idea is a little similar to explosive reactive armour.

If they don't breath air and perhaps travel along the sea floor, the mermen wouldn't have an air void. If there is no air void in the creature, the pressure wave wouldn't really do anything to the creature.

Water is an incompressible fluid. Other than a 'supersonic wave' or cavitation, no damage would happen.

Not the answer you're looking for? Browse other questions tagged biology warfare underwater or ask your own question.

10
The Mer--Let's Get Real, Shall We?
18
How to protect against killer insects?
17
How to Protect Against FTL Sneak Attacks
7
What would the "tanks" of an underwater race look like?
2
How can a race that relies on echo location to "see" protect against sonic weapons?
8
How would underwater weaponry and technology look under high pressure?
15
Would anti-personnel mines be useful in mermaid warfare?
4
How would mermaids protect themselves against electricity?
11
Would limbs evolve underwater?