Advice on the placement of volcanoes on land

While working on some local geography in my world, I came upon these wonderful formations called volcanic plugs and crag and tails, and decided I wished to incorporate them into the land.

My insecurities are as follows:

How are volcanoes realistically positioned?

More specifically, how close to each other can they realistically be?

There is no limit set in stone, and the marking line tends to be fluid (pun intended).

When two eruptive craters are really close, they tend to be classified as the same volcano, e.g. look at Etna in Italy, where the experts talk about new eruptive craters instead of new volcano. While with Vesuvius and Phlegraean Fields, though they are about 30 km apart, they are referred to as two different volcanoes.

Same goes in other locations, e.g. Hawaii or Japan.

Volcanic craters can be very close. Craters often have multiple vents and outflows from the same magma chamber and fissure vents can produce linear series of volcanic cones.

The oceanic crust can move over the magma hotspot and a line of volcanos is the result as in the Hawaiian islands.

One limiting factor is the steepness of the cinder cone slope which tends to be around 30 degrees. So if an erupting volcano is too close to a dormant vent the erupting volcano will eventually overtop and fill the old crater with its cone.

Volcanoes tend to be situated in lines (not necessarily straight lines).

Some volcanoes (like along the west coast of the US) follow the edges of tectonic plates. So the volcanoes will follow the general mountain chain. There is a formation called the Ring of Fire. It is a series of volcanoes around the edges of the Pacific plate (Western US, Eastern Asia) 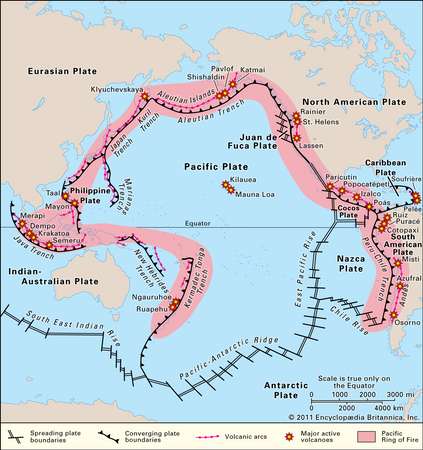 Some volcanoes result from a hot spot under the crust with the plate moving over that hot spot (Hawaii). This results in volcanoes appearing in a straight or slightly curved line in areas of relatively flat terrain. 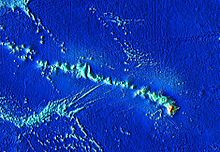 Then you have the outliers that result from some flaw in the crust that allows magma to work its way to the surface. There is one such under Yellowstone (some day it might blow and take out a good chunk of the middle of the US). 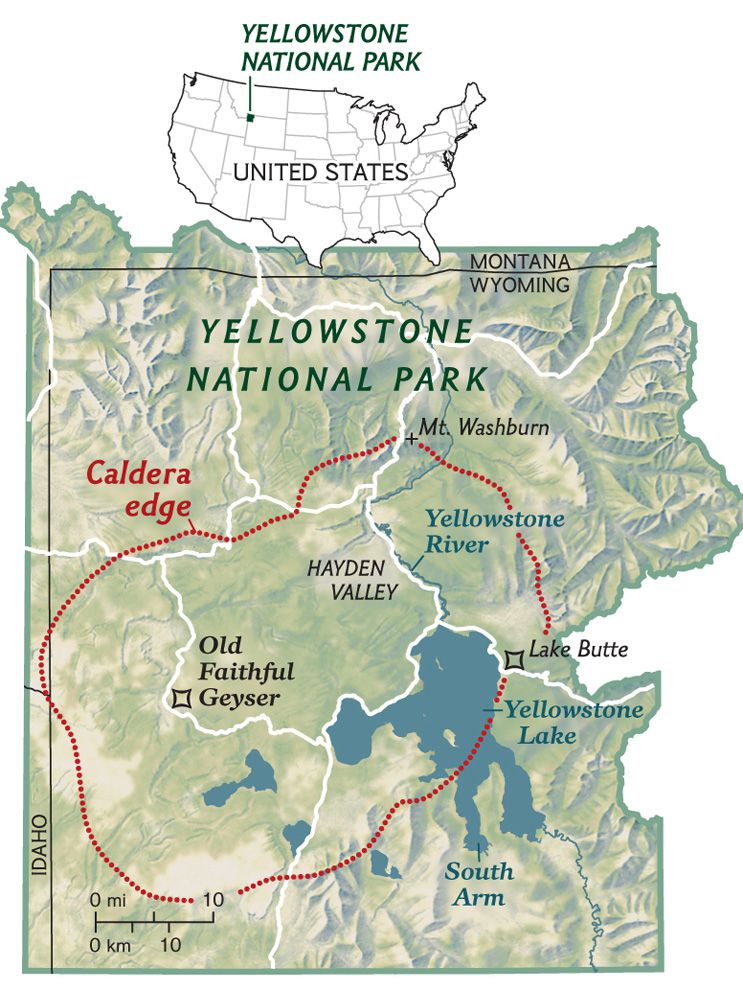 Not the answer you're looking for? Browse other questions tagged science-based geography or ask your own question.

10
Different gravitational and inertial mass
16
Balancing science and history when building a world
21
Is this coral lagoon geologically possible?
6
Boiling sea between volcanoes
9
How could an alien mine exist under a planet's surface without humans detecting it from above?
6
Advice on accuracy of world map
1
How long or how hard is it to develop a medieval fantasy into a modern or even sci-fi civilization.?