Is it Possible for a Biological Creature to Spew/Breathe an Explosive Instead?

I want to make my dragon spew/breathe an explosive mix with gizzard stone fragments/shrapnel, more like a shotgun than the common flamethrower-like fire breath.

So is there any explosive chemical that can be reproduced biologically and be safely contained in the creature's internal organs? (I mean something like a gunpowder explosion not a hot water jet like a bombardier beetle or from pure pressure or muscle contractions, although I don't want to exclude a liquid type of explosion.) If possible include the pros and cons/risk of such a chemical to the dragon.

What kind of organs would need to be developed or changed to achieve this?

Maybe the dragon teeth could be retracted so the teeth won't get knocked out. Similar to Toothless from How to Train your Dragon

I'm also considering shark teeth like growth, so if retracting the teeth is impossible biologically, at least the teeth can be knocked into the other sharp shrapnel with the gizzard stones without fear of really becoming Toothless.

Or should I use the tongue like a cannon to spew or breath the explosive instead?

Or should I use a mouth shaped like a cannon or a seahorse mouth instead? If I need to modify the mouth, please also provide a likely food source or a way for them to eat. (They are pure carnivores by the way.)

Such explosive shells are made, naturally enough, by shell glands. A peculiarity of evolution has caused the dragon to grow blind-ended oviducts in its larynx, which produce lumps of albumen that are then wrapped up in a hardened shell.

However, in this particular instance, the "albumen" is actually a collection of vesicles of ammonium nitrite (note the "i" - less stable). These are produced by pumping the two ions, ammonium and nitrite, into vesicles where they then precipitate at high concentration. The nitrite is produced by symbiotic intestinal bacteria; unfortunately, it means that dragon meat must formally be marked "Processed Meat" at the supermarket, even when fresh. But the oviducts remove it avidly from the blood, keeping the concentration relatively low in most tissues.. The vesicles accumulate at the tips of the cells of the upper oviducts which are lost by apocrine secretion.

Also the "shell" is much thicker. Perhaps it is only calcium, perhaps with protein filaments that help it to shatter in a jagged manner. This evolution - for shrapnel - has not been tested on Earth.

Residual cytoplasm of the secretory cells is able to respond to cues from the dragon, "arming" the vesicles by changing their pH (more acid, if I recall) to destabilize the nitrite. This process should be reversed quickly if they are not used. The instability should be such that a strong shock, transmitted via the shattering calcium shell, creates points of pressure sufficient to set off the vesicles ... of course, it is vital that they not be any more unstable than this!

It should be possible for your dragon to pick up pebbles, which it stores in a small pouch near its throat. When it needs to attack, the pouch will contract and bring the pebbles to the back of its mouth. Muscles in the throat will block of the oesophagus and the nose, so that when the dragon forcefully exhales, the air from its lungs forces out the pebbles in an explosive manner. Surprisingly, most species can already do something similar, even humans. We call it...coughing.

I think you can come up with a variety of biochemical explosives; these have been addressed many times in numerous variants in worldbuilding. But I think you need to address the larger problems with your technique, and come up with a solution to your dragon-on-dragon fighting.

First, internal explosions are very challenging for organic life. Lots of our parts are soft, mushy, and prone to tearing, crushing, and shock effects. I think that you can compensate for most of these with a tough, bone/shell tube with lots of muscle, but that barrel will still be rather elastic (to deal with recoil and shock) and tend to absorb much of the force of the blast. So your projectiles will tend to be underpowered.

Second, you are fighting dragons, who have presumably evolved to deal with this kind of attack. The likely have various layers of composite sandwiching to absorb shrapnel and relatively low-velocity piercing attacks. In other words, what they can't dodge probably can't penetrate.

What you need is a sabot round. Your dragon needs to apply more force to a small projectile than what an average dragon throat will probably be able to manage. Further, most tiny, armor-piercing aerodynamic projectiles won't conveniently fire out of a large cannon-barrel/dragon throat - the shape would be wrong.

So your dragon manages a relatively large but low pressure explosion using whatever flammable gas they can muster for a dragon breath. But the dragon has laid an internal egg. This can be a hard shell/calcium carbonate spike, or perhaps something heavy and thin it has swallowed and built up a pearly coating on like a clam (this might explain dragons attacking knights - they want to swallow swords and dense sharp metals).

The egg creates a sabot around the projectile, so the gasses are trapped and efficiently propel the missile out of whatever orifice the dragon is firing. The shell flies apart as soon as it leaves the dragon, and the small armor piercing projectile has lots of kinetic energy and possibly even aerodynamics to penetrate it's armored foe. 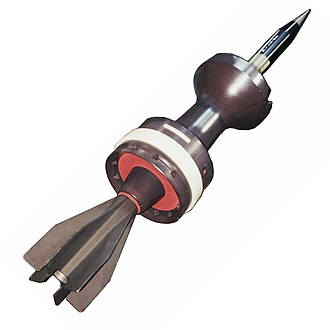 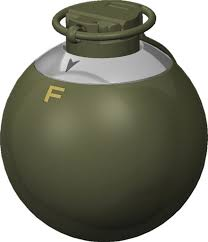 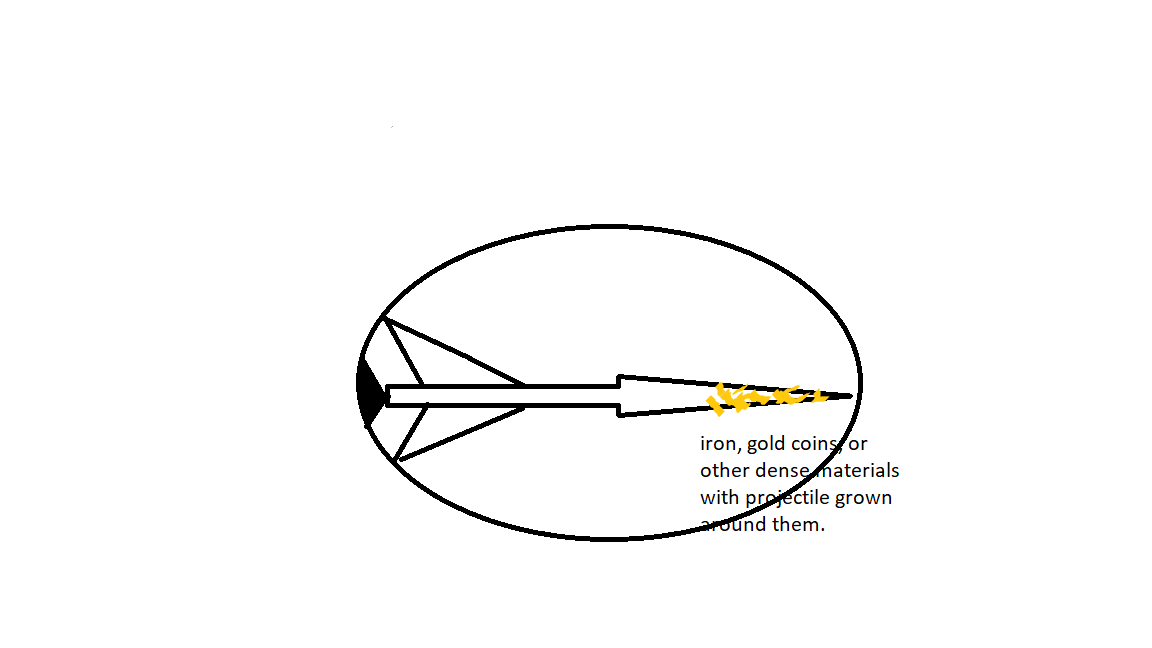 Not the answer you're looking for? Browse other questions tagged science-based biology creature-design xenobiology explosions .