Is a 500 kg flying creature possible?

I usually like to leave some wiggle room for myself when fleshing a concept out.

Dragons make that sort of impossible, same's true for nanomachines but ripped senators are a question for another day.

I was trying to expand my wiggle room by asking these questions:

Would stronger tendons and bones allow for stronger muscles for the same weight?
Would linear increase of a muscle's dimension increase the power as well?

The basic idea was that I had some wiggle room for material strength, thanks to graphene.

The core idea was to reinforce the bones and the attachment sites to be able to handle more muscles. The range of motion depends on the length of the muscle, while its strength on the area.

Staying aloft shouldn't be a problem for large fliers, thanks to thermals. Taking off, however, is a b...

Obviously, there would still be little room for the other stuff, like the third pair of limbs, but more managable than ~200 kg for this: 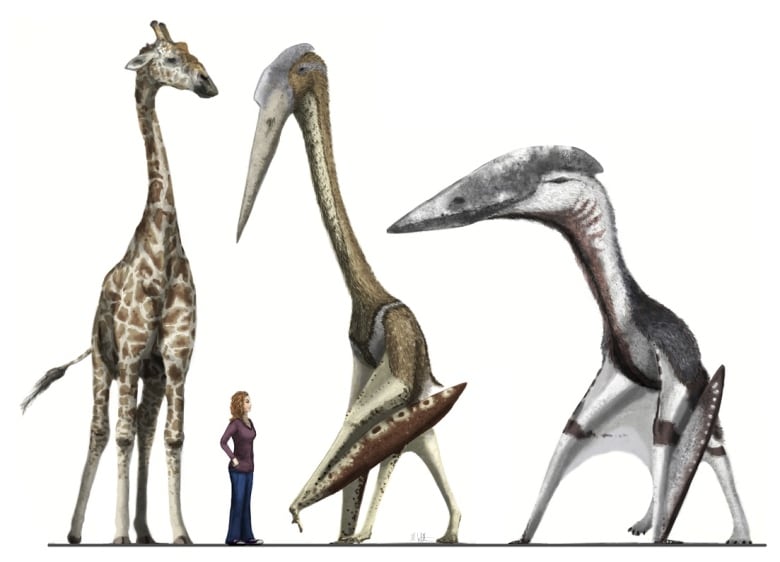 The Quetzalcoatlus has been estimated being 200-250 kg.

Cryodrakon was proportionally similar to Quetzalcoatlus and other long-necked advanced azhdarchids, though its somewhat more robust bones may indicate that it was slightly heavier.

It doesn't seem too far of a stretch to say that evolution could have created something twice as heavy as the above examples, does it?

If the question is whether it is possible aerodynamically, the answer is a definite yes. Just look at how heavy airplanes are.

If the answer is whether that much weight could be supported in the air by muscles, the answer is still a definite yes. Just look at the T-Rex's huge legs, and you'll see that the size of muscles seem to have little to no evolutionary limitations.

So, if large animals like these are possible, I can propose the following solutions to your question:

Interestingly, to further the point about having a running start, the following paper goes into how the wings actually have a "relatively small contribution" to the initial takeoff of birds such as finches and doves.

@overlord has well established that it's reasonably possible for a 500 kg flying animal to exist. If nothing else, your 500 kg dragon could be a long-term soaring creature like an albatross, land only on prominences (cliffs and peaks) by preference, and avoid the need for a level ground takeoff almost all the time.

He needs to be able to take off from flat ground, though, because landing on the prairie or beach being a death sentence makes it hard to support a species that pretty well have to be carnivores (or at least carrion eaters).

There are sequence drawings, perhaps even video, of an ergonomically possible way Queztlcoatlus might have been able to launch from flat ground -- in general, it involves a sort of "pole vault" move, striding forward on the wing knuckles, then using the momentum with a stiff-legged "hop" to get enough height to unfold the wings and begin to laboriously flap to a soaring altitude. Obviously, the underlying requirement is that your flier needs to have the strength to climb by flapping, at least at a limited rate (it needn't have the performance of a Cessna, but that of a self-launch sailplane -- 40-50 meters a minute -- is about a minimum).

This climb performance is achieved with as little as 10 kW in sailplanes of similar mass, so let's say our (somewhat less efficient) super-Quetzl will need 15 kw. That only .03 kW/kg, which is pathetic for any living animal. Seems likely to work, given evolutionary pressure for such an animal to grow even larger than the known specimens...

Not the answer you're looking for? Browse other questions tagged science-based earth-like dragons bio-mechanics or ask your own question.

37
Plausibility of Floating Whales
4
Would linear increase of a muscle's dimension increase the power as well?
2
Would stronger tendons and bones allow for stronger muscles for the same weight?

12
Max humanoid physical strength
6
Dragon flight muscles
1
Would these structural reinforcements improve dragon wings?
8
Would it be possible to rearrange a dragon's flight muscle to somewhat circumvent the square-cube law?
2
Would stronger tendons and bones allow for stronger muscles for the same weight?
11
So, how do I put the extra muscle, needed for flight, into a large flying creatures like dragons?
4
Is there any way to estimate the carrying capacity of large fliers?
2
Can I justify dragon limbs having hollow bones that are larger than what would be needed to support their weight?
2
How a limbless creature could evolve powered flight?