In my somewhat hard sci-fi setting I'm thinking of using a high powered microwave weapon as the secondary armament of my ship to supplement the missiles it would carry.

I was thinking it would be a pretty massive active electronically scanned phased array https://en.wikipedia.org/wiki/Active_electronically_scanned_array that would also double as a radar, comm unit, and electronic warfare suite, but is also capable of focusing it's energy into tight beams to act as a long range directed energy weapon to perform against multiple targets.

However, I am wondering is a device of this kind of power feasible for a somewhat realistic low end torchship, and what disadvantages keep microwave weapons from being deployed in space as I notice they are quite uncommon compared to other devices such as lasers?

The principle problem with your idea is one of focus, I'd say.

The smallest spot size your microwave weapon could be focussed on is limited by diffraction. The size of that spot is defined as

where $R_T$ is the radius of the spot at the target, $D$ is the distance to the target, $\lambda$ is the wavelength of the emitted radiation and $R_L$ is the radius of the emitting element. Size of the spot scales linearly with wavelength. If your device spits out millimetre waves (~1mm wavelength) then at the same range it will have a thousand times larger spot than a 1μm IR laser. Alternatively, to get the same power density at the target, the target either needs to be a thousand times closer, or the emitting element needs to be a thousand times bigger. That's why most people go for lasers as weapons. Also they're more awesome, because lasers. Pew pew!

Now, that's not entirely the end of the world. One thing we can do with microwaves that we can't do with visible light (right now) is make a phased array of emitters, which is of course exactly what your AESA is. This means that if you can build each emitting element cheaply enough, you can just plate your entire hull with the damn things. Omnidirectional beam, biggest possible aperture, no mucking about with turrets or mirrors or waveguides or any of that nonsense. Sure, you might lose some of the emitters to micrometeors or enemy weapon fire, but that doesn't matter because they have to scour your hull clean to fully turn the damn thing off. With a bit of cunning you can fire your microwave beams in phase with one or more friendly ships, a trick somewhat harder to manage with lasers.

Secondly, if you're using this as an electronic warfare device rather than trying to blast or burn the enemy, you can get away with an order of magnitude lower power density at the target. Electronics frazzle easily. Refractory armour does not. Scifi with space battles isn't that interested in weapons that don't make people go foom (brief honourable mention for Banks' effectors) so such things are unlikely to ever get centre stage.

Thirdly, microwave generation tends to be higher efficiency than laser generation. Stuff like gyrotrons have been around for years, and have already hit >60% efficiency at quite serious sustained power levels approaching megawatts. We still don't really have laser technology that can claim the same thing. Low efficiency means lots of heat and requires silly big power plants, which means more heat. Microwave ships need smaller heatsinks.

However, I am wondering is a device of this kind of power feasible for a somewhat realistic low end torchship

Even the smallest, weediest torchship requires a monstrously powerful nuclear engine and significantly higher spacefaring technology that we have now. Quite frankly, using microwaves instead of a laser burn death kill beam is weirdly restrained. I wouldn't sweat it.

Yes it's feasible, but microwave weapons have some serious drawbacks. This is why they are only now being deployed with extreme caution on the real world.

One, they only work against electronics (and even those can be hardened. If your target is entirely optronic, photonic or whatever - ie not using electricity -- you have no effect.

Two, the effects are highly unpredictable, even against fairly well-known targets.

Three, fratricide is an issue, as they may do some damage to targets other than intended which are a lot further away.

Four, no visible effect, so you don't know whether you've destroyed that missile's brain, caused it to reboot briefly, or done no damage at all as it continues to hurtle towards you.

What you are describing is a MASER - https://en.wikipedia.org/wiki/Maser

The microwave variant of a LASER. Similar to a laser the power could be varied drastically to allow for utility, weaponisation and communication. 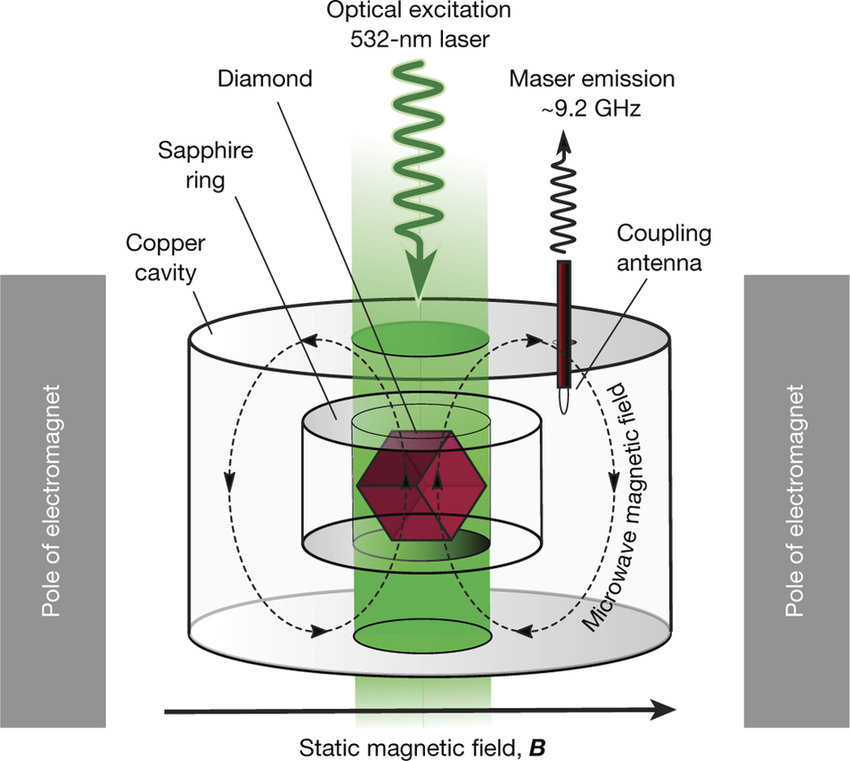 Not the answer you're looking for? Browse other questions tagged science-based internal-consistency technology .