What would it look like if a human (with the proper protection) walked across a lava stream?

Since lava is rock, will the human just walk along the surface of the lava stream like across a slightly spongy surface? Or will they sink in to their ankles / knees and have to slog through something resembling jelly?

Will they get carried away by the lava flow? Will their weight make enough of a dent in the surface tension that they get something resembling a 'grip', or will it be more like trying to walk on moving ice with next to no friction (due to the non-stick property)? Or like walking across a water bed? Will they even break surface tension?

Does it matter which kind of lava it is (highly viscous lava vs. not very viscous)? Does the temperature of the lava matter as long as the stream does not have a solid cover?

Are there any other dangers to walking across a lava stream that I missed except the temperature and the gases? Assume that I have seen several nature documentaries of volcanic eruptions, but do not know anything else about how lava flows.

Assuming temperature and breathing issues are negated by proper protection, what would it look like if a human crossed a lava stream? Are there other hazards that 'proper protection' does not cover yet?

I am looking for an answer that has as much hard science as possible to support the results. (Except for the handwavey 'proper protection'.)

Density of lava varies a small amount, but you can more or less handwave it as an average 2800kg/m3, which is roughly the density of Earth's crust. This is the important figure for your needs, because it is substantially higher than the density of humans, who can float in water, which has a density of about 1000kg/m3.

The second most important figure is viscosity, which not only varies quite a lot but is also quite hard to measure. There's a handy diagram in this paper on page 2 (labelled page 1517 in the document) which shows that some rhyolitic lavas can have a viscosity as high as 108Pa·s, whereas Komatiite lavas can be as fluid as 0.1Pa·s, equivalent to a very low viscosity motor oil. The extremely viscous lava is probably one you can walk across if you don't hang around (you'll still sink if you wait long enough), but those runnier lavas are a different matter altogether.

Here's a video of a man running up a small, high-viscosity lava flow on Mount Etna (alternatively, an article link with the video embedded in case you don't want to sign in to youtube). Etna mostly produces Andesite-type lavas, which are relatively viscous at 105Pa·s. Because the flow rate is low, an insulating crust forms on the top of the lava and he doesn't need a whole lot of protective gear. So lets assume that we only need to care about the less viscous lavas, as given your fancy protective gear you'd have no problem running around over the more viscous ones.

Now, Concrete has a viscosity of about 20-2000Pa·s, which is at the low end for most lavas. Concrete also has a density of about 2500kg/m3. So, can you walk across wet concrete? Well, you'll certainly sink into it to some extent whilst standing (see example in this video at 6m11) which does not bode well for your lava walking plans, at least as far as low viscosity lava goes. You won't be completely immersed of course, the density of the lava being what it is... your legs are about a third of your bodyweight so you'll sink up to your groin. You may be able to haul yourself out, if a crust is forming on the lava, but otherwise you're toast.

I have a plan B, though. Mud, of the sort you find in tidal mudflats is of a similar viscosity to wet concrete, though it has a much lower density (as low as 1200kg/m3 in some harbours). Wading through it in boots is an exhausting and often futile exercise, but this problem has been solved by various means including things called "splatchers" or, more boringly, mud-pattens. These are foot-square (or about 0.1m2) wooden slabs attached to your feet, preventing you from sinking into the mud. A lava-friendly equivalent, made of whatever magical material you have that lava does not adhere to, should serve you just fine. You might do well to carry some walking poles made of suitable refractory materials to help you balance. Remember that lava flows do in fact flow (lava lakes don't, but beware of gas bubbles forming) and you'll have to be careful not to be swept off your feet. For the least viscous lavas, you can solve the issue with bouyancy. A 32l hollow float will be quite enough to keep an 80kg person above the surface of the lava, so two big 15l boots would do though balancing may require quite a bit of practise... you might be better off with a paddleboard!

Note that lava is shear-thinning and thixotropic, meaning that under the right circumstances its viscosity will decrease. This contrasts with stuff like quicksand or cornstarch-water mixtures which are shear-thickening. Tricks that work on one may have quite the opposite effect on the other, so don't take those custard-walking videos as helpful advice in this situation! The correct gait will depend very much on the specific lava flow and temperature. For low viscosity flows, I suspect that running will increase the chance of Bad Things Happening, though it won't matter for very high viscosity lavas.

GrinningX's now deleted answer referenced surface tension; assuming they don't bring it back I'll briefly mention it here as it is passingly interesting and relevant (and feel free to ask me to delete this if the answer resurfaces).

It depends on the lava

First to answer the question about consistency.

Most lava streams are very shallow, density wise it is like walking across something between wet cement and hot taffy (or oobleck). Lava varies in consistency due to composition and temprature so I can't get more detailed than that. Lava varies widely in consistency, so you can pick what you want within that range.

Lava actually ranges from the consistency of wet cement to more or less rigid, but saying it is a stream narrows it down ot the lava that can flow. of course it is possible for the top to be hardened while it is flowing underneath, in which case you have to take the thickness of the hardened portion into account. If thick it can create an oobleck like effect where the surface disperses the load over a large area. 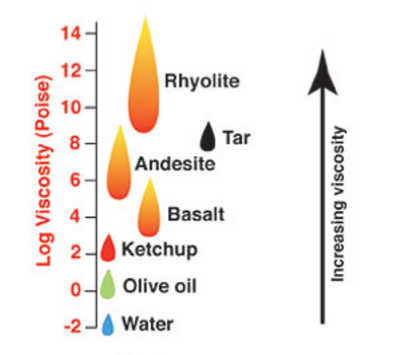 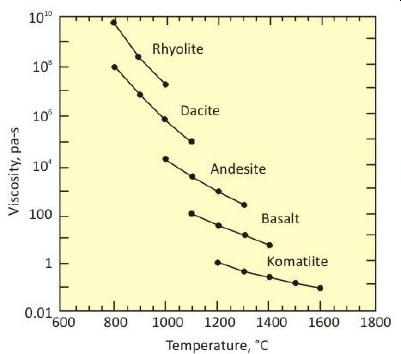 Best case scenario you have a cool crusted rhyolitic lava and your character can run a few step across the soft yielding surface with only slight difficulty.

Worst case scenario You have hot basaltic lava and you character sinks into it and the sheer kinetic energy of the flow pulls their feet out from under them and they fall into the lava. The density is so high they cannot swim effectively and just get carried along by the flow until the heat overwhelms their protection. You could survive this only with handwavium. We just don't have materials that will let you survive this kind of prolonged conductive heat, even aerogels will conduct enough heat to burn in this amount of time.

As noted in another answer, magma is both several times as dense as a human, and (mostly) has a relatively high viscosity, more like freshly poured concrete than anything we'd normally think of as liquid.

Given the question allows for small foot extensions (a few centimeters), a human equipped with suitable protection (assuming the protective wear doesn't restrict movement significantly) might bear some resemblance to a Jesus Christ Lizard crossing a pool of water: running at a sprint, so that each footstep doesn't have a chance to sink enough to cause a problem.

Assuming the distance to be traveled isn't more than about a hundred meters, an unladen human with free movement (and in good training) can run close to 10 m/s (track stars can beat that by a significant margin). There would be a learned technique to running that fast wearing what amount to clown shoes, of course, but one could train safely on suitable mud pools.

Given a referenced link (from comments on another answer) that magma is a non-Newtonian liquid (where viscosity is higher at higher shear rates), running for all you're worth looks even better -- you aren't dependent solely on the inertia of the material you'd otherwise displace with each step, as the Jesus Christ lizard is -- rather you get a boost from the rigidifying effect of your foot's impact. It might even be that you don't need the "clown shoes" to get the job done (you try it first).

It would be not walking, but sort of swimming.

Since lava density is times more than that of humans, even quite a shallow stream (about 40-60 cm) foot would not touch the bottom. But lava is still a liquid - a human would not be able to stand or walk on it, unless hi/she is an acrobat with special training in liquidwalking. So the human would just float on top of it in a horizontal position.

And even if a human can stand on a bottom any lava, the flow would create enough pressure to drop him/her down.

So even a small lava stream hlafmeter across and few centimeters deep, moving at a speed of tens of centimeters per second can drop human down and pull him/her over the rocks, preventing him/her to stand up.

Only small (few meters) shallow ( < 20-30 cm) still pools of lava would be comparebly safe to cross.

Given that sort of hand-wavey protection against heat and toxic fumes, it would certainly be possible to walk on lava, though you would have to keep walking or sink in.

Lava is a non-newtonian fluid, and there are plenty of examples of people walking on non-newtonian fluids like oobleck (a mixture of cornstarch and water), custard, and cold oatmeal porridge (no video, but I've seen it in a science quiz on Danish TV). Similar to these substances, lava has low viscosity, which is more important than density (you can't walk on liquid mercury).

I imagine it being rather tiresome, since you would have to constantly adjust your balance, as when walking on a mattress - and you would not want to fall.

Not the answer you're looking for? Browse other questions tagged hard-science lava or ask your own question.

7
Large spider walking upside down
16
Castle surrounded by lava
5
What is the range of lava/magma viscosity on exoplanets; what conditions would have the least viscous lava lakes?
15
Can lava still be red hot liquid underwater?
10
Bouncing Beads of Blood - Just how cold would it have to be?
3
Feasibility of lava beings?
3
Would an deep sea lava river be feasible?
18
Permanent river of lava