What does the anatomy of a fairy (10-20 inches tall, flying humanoid being) look like, as evolved from a regular human being? [duplicate]

There are many questions and answers regarding giants and how to scale up human anatomy on this website. (larger bones, better lungs and heart, lower body temperature, tighter skin at the feet, etc...)

What does it look like the other way around?

Let's say specifically that you could apply certain evolutionary pressures constantly for a period of several million years on a group of human beings, selecting for a smaller size while keeping a human level of intelligence, and then later on for flight.

What does the anatomy of such a species look like?

For example, Would they have bat wings? Or feathered wings? Could they keep their thumb, index and middle fingers short, with the ring and pinkie fingers elongating to form the wing so they could have functional hands still? How does the square cube law affect their anatomy? Do they have a very high metabolism and need to eat very often like shrews? What about their intelligence? I have read somewhere that birds have evolved more tightly packed neurons than humans to maximize intelligence with the smaller, lighter brain required for flight. Is that possible with human beings as well?

A ton of questions here but these are just examples of what I am looking for. To summarize, my question here is: what does the anatomy of a 10 inches tall or so, flying, human-descended species look like?

If the format of my question is wrong, please tell me and I will fix it as this is my second time asking a question on this website and I am unsure of how to do this properly. Thanks.

Let's assume a size of 18 inches and compare to a 6-foot human. This is one-quarter the size, meaning one-64th the weight, all else being equal, for a mass of 2.5 to 3 lbs, or roughly twice the weight of a raven. It is also very similar to the weight of a flying fox, so we can assume similar wing sizes.

The brains of such a human bat would of course be a lot smaller than that of a full-grown human, but brain size is not the only factor in intelligence (the amount of convolutions seem to play a greater factor). Their heads could also be relatively oversized, compared to humans. I included a raven in the weight comparison above because ravens are very smart, capable of astonishing cognitive feats. Still, we should perhaps not expect full human intelligence in such a small winged humanoid, especially since survival of the species might depend more on other factors. If they retain speech, it will be more high-pitched than for normal humans.

Bats have retained a thumb that can be used to grasp stuff, and it is likely that 'fairies' would be similar, possibly even retaining one more finger for better gripping. Their feet are likely to evolve to resemble clawed hands, and a fairy could likely stand on one foot while manipulating objects with the other and the wing fingers.

Their lungs would have to be far larger, relatively, to allow for the greater energy expenditure of flight. In turn, their bellies are likely smaller, since flying with a large, full belly is difficult, and hence they would need to eat more times a day, basically snacking all the time. So we should expect large chests (with flat chests for females) and narrow waist. Legs may be folded underneath the body in flight, as for birds, or may have wing skin between thighs for greater lift.

Let's not use the limbs as wings, aesthetically it just doesn't look like a "fairy".

Let me suggest the flying lizards work around instead. 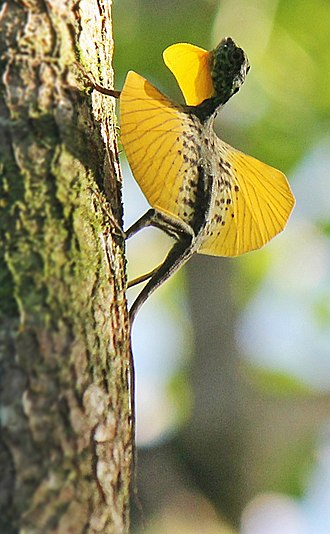 As you can see they've extended their ribs & used them instead of their forelimbs like the bat, here's a look at the skeleton. 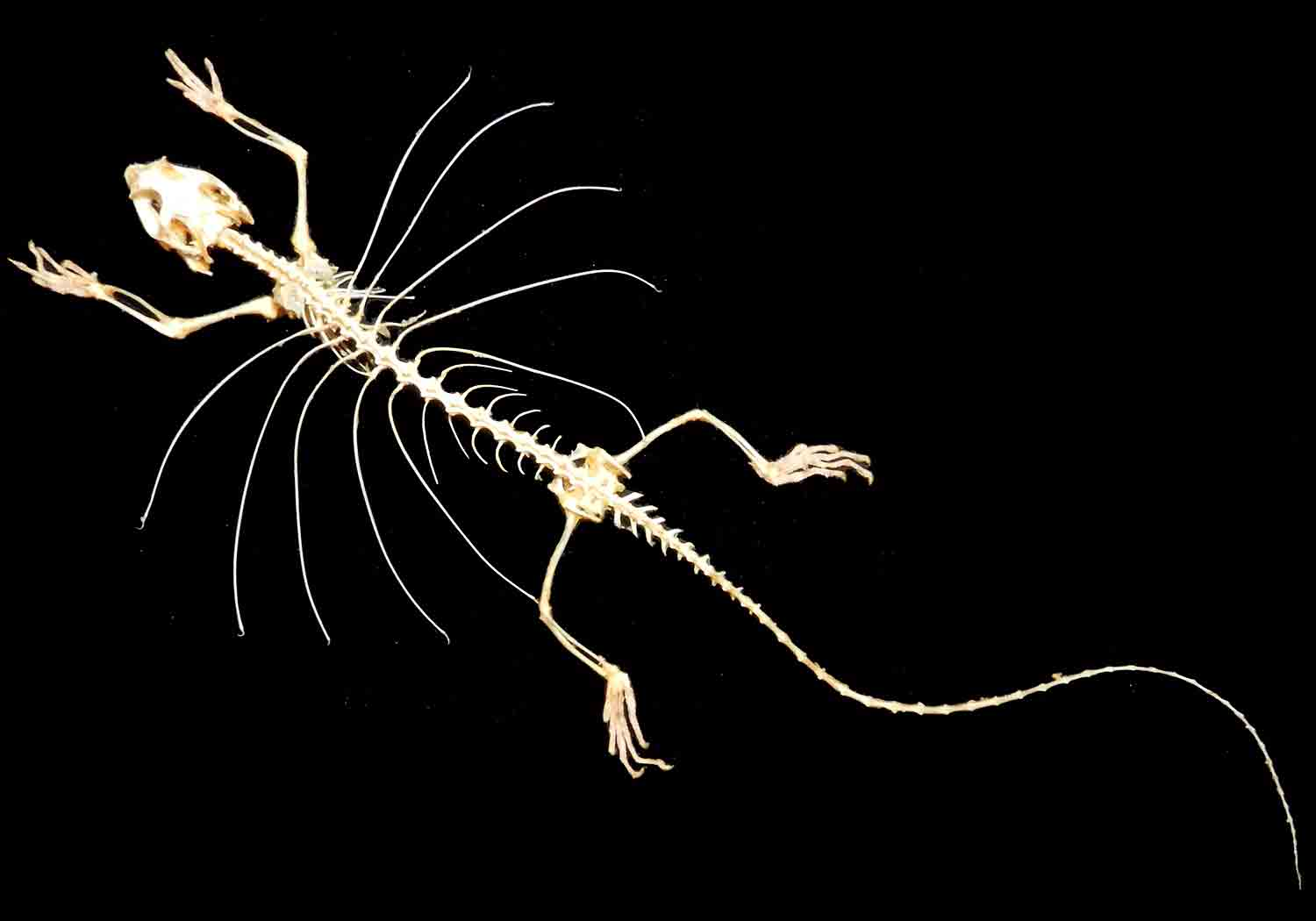 Now imagine it was a miniature human instead of a lizard & there's your fairy.

If we use only 2 pairs of ribs we can give it the double wings of most insects & a really thin colourless keratin wing can look just like an insect wing.

They'll appear to have two less ribs than a normal human of course.

That covers the basic morphology & how they got there.

Instead of 'bat wings', they'll have scaled up insect wings with Keratin serving in place of an insects Chitin & the morphology of their arms & hands can be entirely unaffected.

But where on the body will these wings be & which two ribs should we use?

As you can see from this picture the horizontal centre of balance of the human body (with swept back arms to make it slightly more aerodynamic) is basically just above the hips. 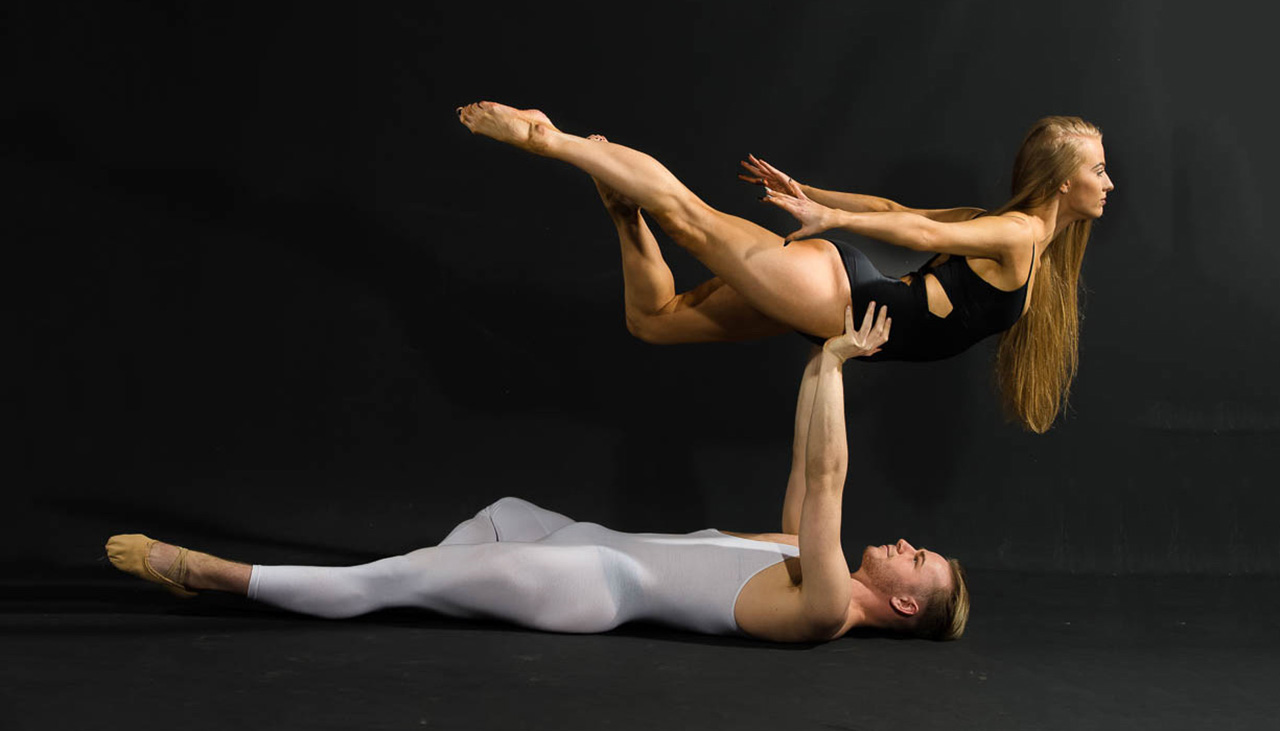 So (contrary to normal depictions of wings sprouting from shoulder blades) the small of the back is it seems the best position (yes, I didn't expect that either) so we use the 11th & 12th rib for our fairy wings. 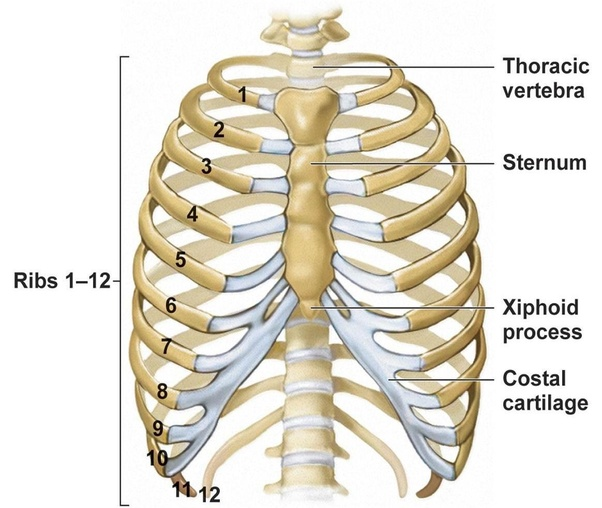 They're not quite far enough down for perfect balance in horizontal flight but that's OK, leaves some wriggle room for a larger head & brain (to help make reasonable intelligence less implausible).

The 11th & 12th vertebra probably fuse for strength & evolve into a shape better suited for anchor points for the wing muscles, imagine a ridge or 'keel' rising from the back of the fused vertebrae & then extending into a plate that looks something like four symmetrical scapula fused together with the socket joints facing out (two on each side) resting on top of the ridge rising up (as the fairy lies on its chest) from the fused vertebrae.

So if you cut the wings off you'll be left with what looks like four small stumpy shoulders (with their arms amputated just before the bicep) in the small of it's back.

Which (sort of) approximates this (at 0:45 on the tape) on a dragonfly.

The ribs have shortened considerably of course & developed a ball to sit in the socket joint formed on the remolded vertebra & each need six muscles for a full range of motion (rotate one way, rotate the other, sweep forward sweep back, flap down, flap up).

There's only three intercostal muscles per rib but I'm confident there are plenty other small muscles that can be expanded & repurposed, the arrector pili muscles of hair follicles for a start (the ones a porcupine uses to rattle its quills) so I don't foresee a problem there.

Or we can fuse the 11th & 12th ribs for the first pair of wings & the 9th & 10th for the second pair if we have to (letting us repurpose six intercostal muscles per wing).

Of course the smaller end of your scale makes it easier for them to fly & there's obviously no reason a humanoid can't be small.

Take the pygmy marmoset for example, that's even smaller than you ask for. 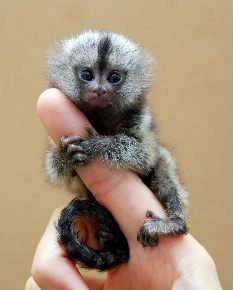 The square cube law really isn't an issue for body design (morphology) at this size (as evidenced by the pygmy marmoset in comparison to other primates) & won't plausibly have any visible effect on it.

Of course as you get really small you begin to come up against issues of plausible intelligence.

Cats often perform as well as a two or three year old in cognitive tests & our 20 inch fairy has a larger brain.. with a higher neuron density per gram.

A raven's brain may weigh just over half an ounce, but it accounts for 1.3 percent of the bird's body mass, half an ounce is 14.1748 grams.

Birds pack more cells into their brains than mammals

While Crows can perform as well as 7- to 10-year-olds in some cognitive tests.

So (with a large amount of hand waving) we might plausibly & conservatively assign a 20 inch tall fairy with an equivalent intelligence to a four or five year old human, the 4 gram brain of the 10 inch version isn't something I'd want to hazard a guess about.

It can look just like a normal human, but smaller, with insect wings, you probably won't even notice the missing ribs unless you examine it very closely.

Work still in progress Dang! forgot about this, I really should tidy it up & finish it off, no time now, tomorrow or later, just intelligence left to comment on I think.

If they evolved from humans, they would look more like harpies, than fairy:

Not the answer you're looking for? Browse other questions tagged science-based biology evolution fantasy-races anatomy or ask your own question.

7
Phonetic features of human languages spoken by sentient cats
10
Could a hexapodal bat actually fly?
1
How to make my humans more cold-resistant?
6
Creating a Scientifically Semi-Valid Pseudo-Arthropod Primate Part 1: Pseudo-Dragonfly Wing Rib Muscles
9
Viability of Scansoriopterygid wyverns
6
What limitations can I put on wings for more tense/risky action scenes?
5
How fast could a bird-like human fly under optimal conditions?