What would a chair for a Human with a Tail look like?

I have a race of Half Human, Half Dragons I've aptly called Draconians. The Draconians have a thick lizard like tail which extends down from their tailbone and then slowly curves upwards until it is horizontal to the ground.

This causes issues when they need to sit on a chair, because

A) The chair needs to have a hole in the back, for them to place their tail into

B) Not all human chairs (in particular thrones) have a hole in the back.

C) The Tail extends from the tailbone and sitting on a thick tail would cause it to bend unnaturally.

It doesn't make sense to me, that a race of tailed humanoids would just take a human throne, smash a hole in the back and call it a day. Nor would they be willing to essentially sit on their tail all day.

To that end, I decided they would need to lie down, so their tail would assume a more natural position. However this would cause issues with their Humanoid head because

D) A human head looks forward, so lying down would cause the head to be bent at an uncomfortable angle

As with human design, I imagine in your world, form would follow function. I'm working on the assumption that this race developed their own technology and didn't snap into existence from humans. If so, the first furniture they create would meet their needs first, incorporating the tail into their design rather than retrofitting existing human designs.

Another consideration could be that a race so used to counterbalancing their weight with a muscular tail (from your description, it is self-supporting and not just dragon along the ground - pun intended) may not feel the need for a backrest. A simple stool that ergonomically makes room for the legs and tail may suffice. I've included a quick sketch of what this may look like: 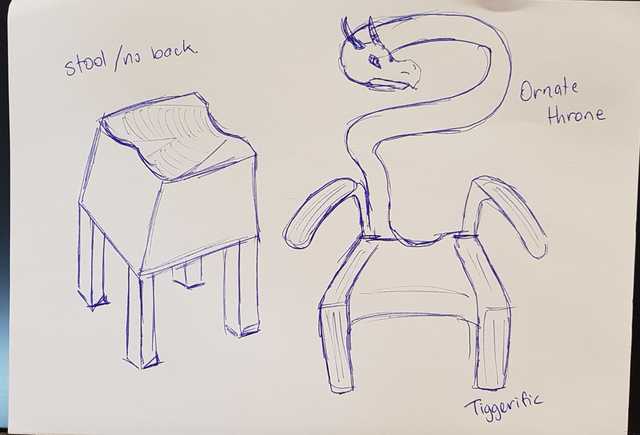 But variety is the spice of life and we might want a rich, sedentary ruler to have a suitably ornate, relaxing chair from which to hold court. Cue second sketch, where you can include style, armrests, and a backrest, while accounting for the tail.

Lowering oneself in from the top of a high chair or inserting a tail point-first sounds tedious, but swinging into the chair from the side is a natural movement, and I feel the backrest would reflect this in a comfortable chair.

The reason that dinosaurs had large, thick tails had a lot to do with bio-mechanics, and the model of a long, thick tail dragging behind the creature was actually rendered obsolete back in during the major re evaluation of the dinosaurs in the 1980's.

Large Sauropod dinosaurs are now thought to have long, fairly stiff tails which act as counterbalances, with the hips acting as both pivot points, and also as analogues to the towers which support cable stayed and suspension bridges. Long ligaments and tendons radiate from the hips to both the spine and the tail, using the mass of the tail to keep the spine aligned. For theropods like T Rex, the tail balanced the massive head and body, which was held in a more horizontal position. 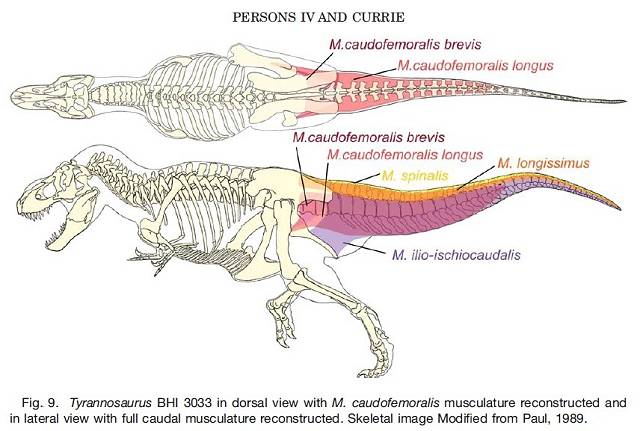 To me, the use of a large tail suggests that the humanoid creatures are descended from a dinosaur like ancestor, and will also have the largely horizontal body posture of their ancestors. Like T Rex, the head will be forward facing and angled so the creature is looking ahead, and not "down"

"Darren Naish has argued that a large-brained, highly intelligent troodontid would retain a more standard theropod body plan, with a horizontal posture and long tail, and would probably manipulate objects with the snout and feet in the manner of a bird, rather than with human-like "hands" 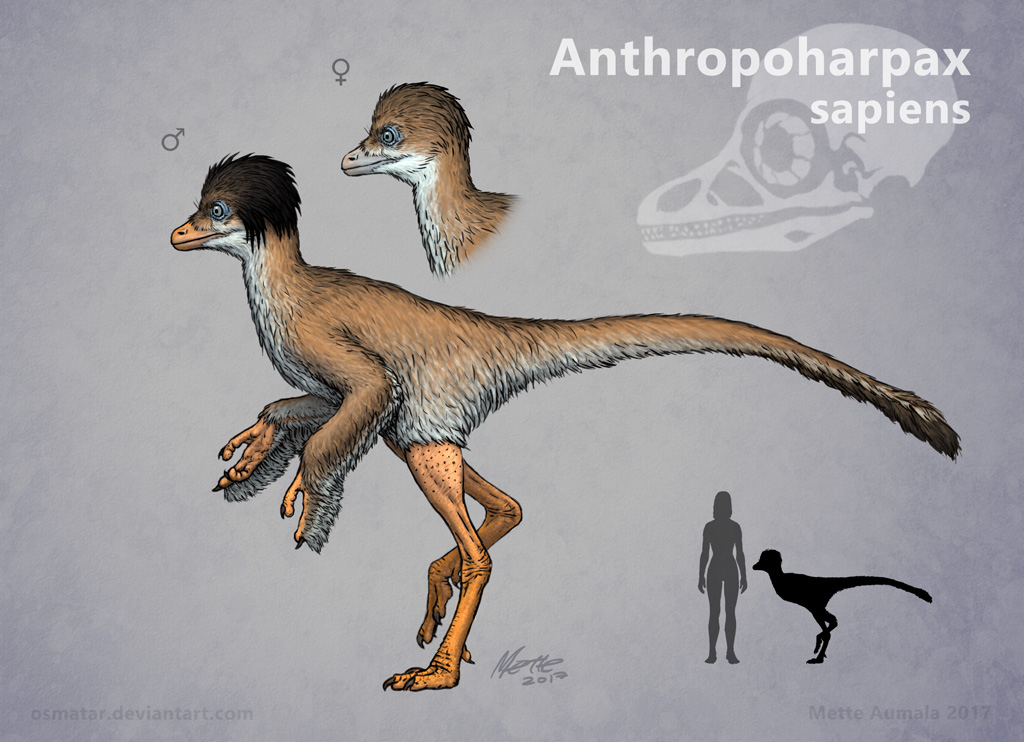 So given the tail reorders the body plan, then furniture like chairs and so on will also need to be different. Rather than sitting down like we would, the creature would perhaps lower the body to rest on a horizontal surface where the weight is taken from the legs, but the hands/manipulating organs are free and the tail points out the back. This would resemble a bench, except the short end would be pointed at the (low) table or work surface and the long end sticking out like the tail of the letter "T" 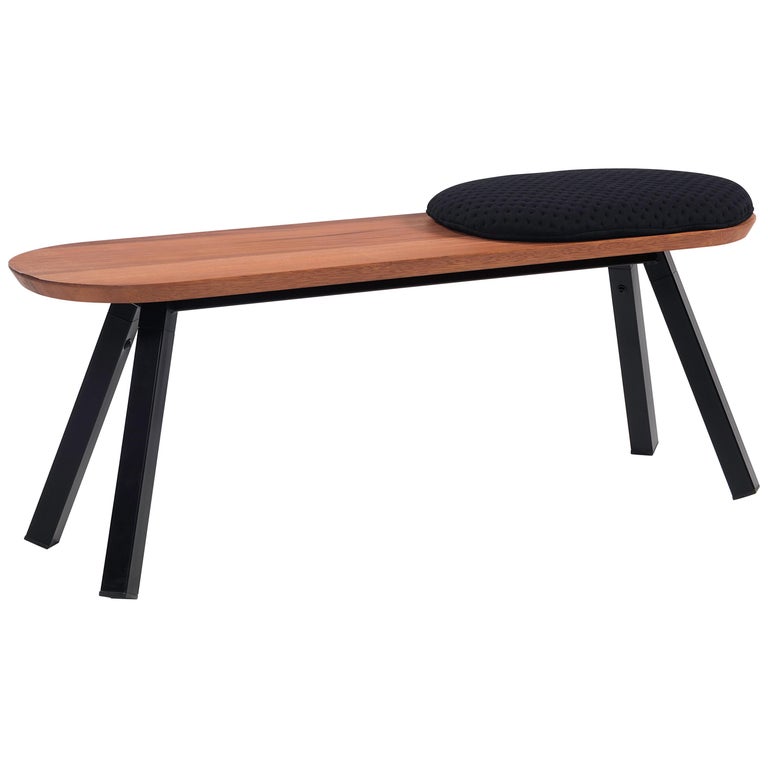 Bench seat for a tailed being. The trunk can rest on the padded surface so the table or work bench would be on the right as you look at the picture

While not the answer you were expecting, thinking about the evolutionary reasons for body plans can come up with all kinds of unexpected things, which can add interest and a true sense of how alien the setting actually is.

It's called a "kneeling chair". They already exist, for people with injuries to their coccyx (tailbone) - see here, for example: 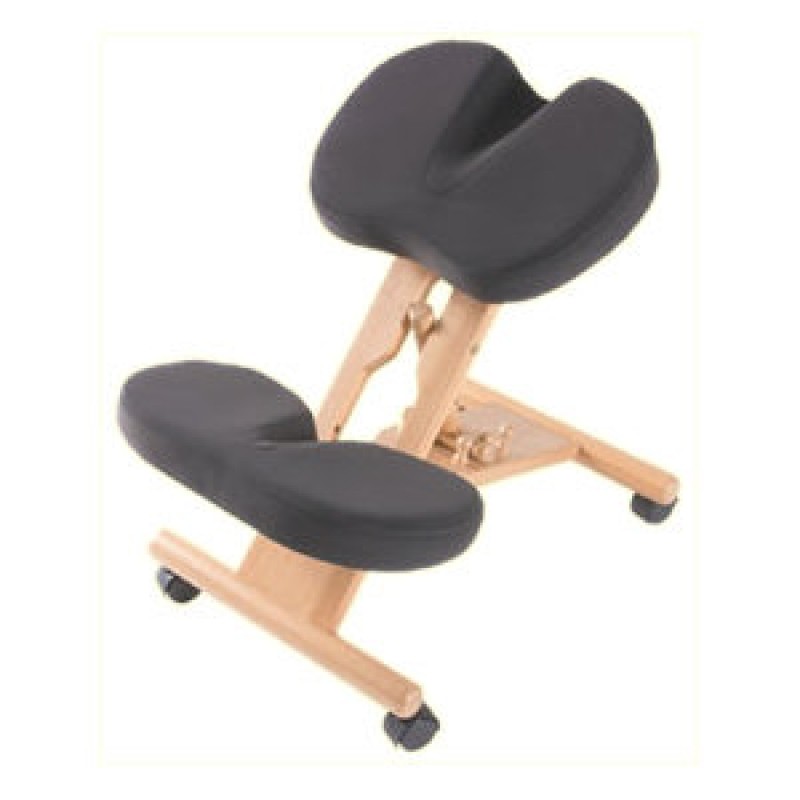 Your knees go on the lower pads, your thighs/butt go on the upper pad. The gouge (to prevent pressure on the tailbone) could be deepened into a full cutaway. You mount get onto it like Commander Riker.

They could also have a diagonally slanted 'bed' to lie on (on their fronts), with the head over the top, and the arm around the sides.

iam not sure can this design work or not but i want to share, it actually base from Dragon ball Chair design for the saiyan race. 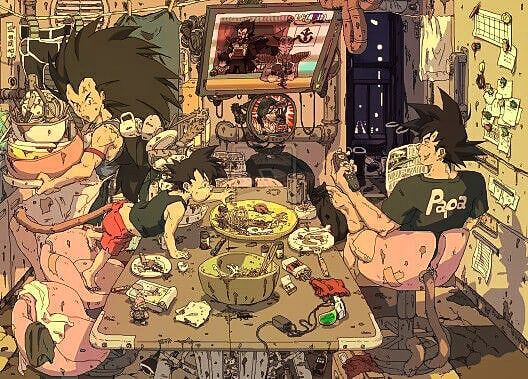 so in the design it have a slit in the middle back and i suggest add a combination of a reverse toilet hole too (basically extend the slit to become toilet hole, to accomodate different tail angle to be able to just sit straightly or not sit awkwardly or without contort the tail or ass first while not hindering or hurt their tail when sitting.

for visual image of the reverse toilet hole dont take it literal (better image example) but combine it with the slit design basically extend the slit to there, or you can just use this instead. 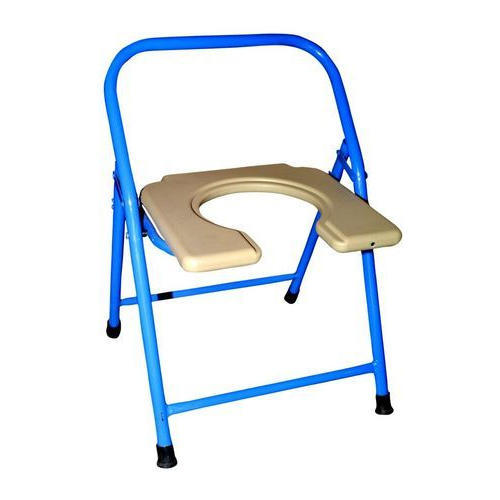 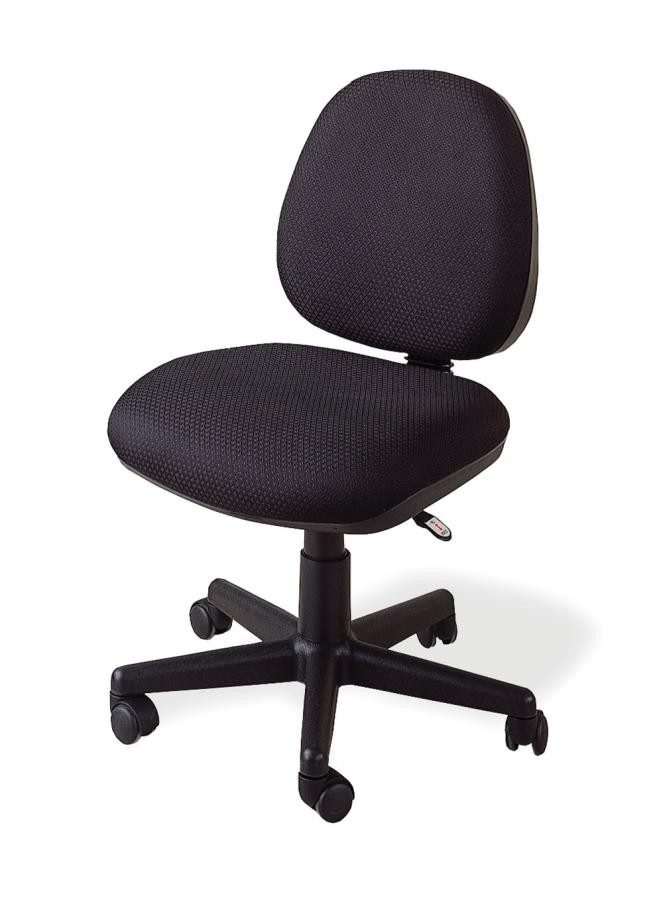 This common design seen in offices everywhere would only need a few minor design changes to accommodate a tail:

Incidentally, there's no reason for this to be a rolling chair or height-adjustable (that's just the most common type of chair on Earth that has this back design), this type of seat back would work equally well on a regular four-legged chair.

Not the answer you're looking for? Browse other questions tagged fantasy-races furniture or ask your own question.

9
What would beds, couches , doors and clothes look like if humans had prehensile tails?
24
How would a race of humanoids with tails design [vehicle] seats?

14
What would pants that cover all four legs of a centaur look like?
5
Would human-avian hybrids be able to preen themselves with just their hands?
4
What would centaur chairs look like?
9
How do sapient birds/theropods build their seats?
28
Any examples of headwear for races with animal ears?
5
How fast could a bird-like human fly under optimal conditions?
24
How would a race of humanoids with tails design [vehicle] seats?
6
What would a toilet look like for a (paralyzed) humanoid with a tail?
4
Rail Transportation with Races Described Below - Specifically, Seating