How could a steampunk zeppelin navigate space?

it's my first question here, I'll try to be clear.

I'm creating a story where there is a steampunk style civilization that has to face advanced civilizations in planetary and spatial battles.

I'm trying to create a steampunk army able to fly in an Earth-like planet and in space.

I think a new power source will be necessary for propulsion in the void, but I want to keep the steampunk style, so I'm asking for help in designing a zeppelin able to elevate high in sky till it arrives in space and then uses the alternate power source to get propulsion.

Which material should have the balloon to float thanks to helium but keep the shape in the void?

Thank you all for your answers. Since other civilizations from my story use some kind of magic, I think my steampunk airship could use some magic too.

So I picked the answer @Willk provided and I'll use the hydrogen as a gas while the zeppelin remains in the surface of the planet. Then when it needs to rise into space, the hydrogen gets burned to gain altitude and then used as a rocket propellant to get out from the planet's gravity.

Then, when there is no hydrogen remaining, the balloon cover, displaces thanks to gears, shaping into solar sails as @Joe Bloggs stated to navigate the void since it don't have the need to run very fast.

Finally, when it's time to return to mainland, the sails could transform into some kind of parachutes to land safely, but I'm not 100% sure of this...

Fast, schmast. Just bob up to the top and then a little boost - you're in space!

Part 2: At height, an internal flame (with oxygen fed thru the tube) burns hydrogen. The heat causes the rest of the hydrogen to become more buoyant, allowing a continued rise.

Part 3: At great height buoyancy can take you no further. There is not much atmosphere and also nearly no air resistance. Hydrogen in the envelope is now burned with the steam produced propelling the ship rocket style. This is the part where an extra heat source might be good. A fission boiler could heat the steam up to great pressures and increase the propulsive force it confers.

You could use the engine from part 3 for part 2 I suppose. Then it would no longer be an internal flame balloon, but it would be a more economical use of your hydrogen which is also your precious reaction mass.

Landing this will be problematic because you have used your hydrogen. Hopefully you can find some more in space.

I'm asking for help in designing a zeppelin able to elevate high in sky till it arrives in space and then uses the alternate power source to get propulsion.

Most of the atmosphere is found at low altitudes (because of gravity). The higher you get, the thinner the atmosphere, and so the less bouyant a lighter-than-air vessel, like a zepellin, becomes. This means that balloons have a practical maximum altitude.

Specialised balloons have reached altitudes of over 50000m, but that's a long way shy of the altitude where space is generally agreed to begin (the Kármán line, 100000m). More importantly, those balloons were designed to be extremely lightweight, with super-thin canopies. An actual zeppelin would be much heavier, having an internal framework and sturdier wrapping and larger amounts of cargo and so on, and so wouldn't be able to reach anywhere near those record breaking altitudes.

You'll need to engage your magic space drive whilst still very much in the atmosphere if you want to get up and out.

Which material should have the balloon to float thanks to helium but keep the shape in the void?

The defining feature of steampunk zeppelins is that they're entirely impractical and impossible when you have to use real world physics and engineering. As such, the material it is made of almost doesn't matter, because you're basically building the thing out of magic and wishes.

That aside, zeppelins keep their shaps thanks to their internal structure. So all you need is to wrap your gas bags in a material capable of withstanding the internal pressure of the lifting gas whilst in a vacuum. We do in fact already have things a little like this already in the form of the Transhab inflatable space station modules originally designed for NASA and now being worked on by Bigelow Aerospace. Those specific designs will be too heavy for your needs (but of course, so are steampunk airships, so your steampunk magic will solve that) but the basic layered foil design should give you an idea of how to procede.

A zeppelin doesn't really work in space, as a zeppelin. You'll need rockets or something, and you won't get any lift from the blimpy bits.

But this is a steampunk universe. As the last physicist who ever had a great big new idea (Isaac Newton) always said "For every action, there is an equal and opposite reaction." It is entirely appropriate for you ship to react against the Luminiferous aether, my good sir. As light is a wave, it must have as medium through which to travel. This medium is provided by the Luminiferous aether -- that special medium which spans the stars (and also provides a conveniently privileged reference frame). It must be significantly lighter than air, so in order for your zeppelin to provide lift you might need something lighter. Perhaps star-stuff itself?

Weirdly enough, this is actually a real idea, although it requires 21rst century technology to attempt, not Steampunk at all:

The balloon envisioned is so large and fragile it needs to be assembled at the edge of space, where specialized airships bring cargo and supplies to a floating base for transfer. The stats are fairly impressive: 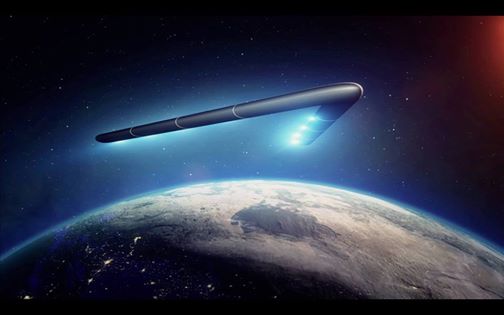 How well this translates into a steampunk environment is open to question. The need for a balloon that can make controlled ascents to 140,000 feet is pretty challenging already, and that is just one part of the overall system. Even with today's technology, they are not considering direct ascent, and the space going balloon is never going to come to ground level fully assembled (the winds will tear it to pieces, or make it uncontrollable in flight).

However, a multi stage system where the traveler changes modes of transportation at a station is exactly how Victorian travelers went places, so the esthetic isn't outside of Steampunkery (you can imagine porters moving luggage around in the floating space port) so with a bit of adaptation this might still work for you: the characters take a carriage to a train station, the train to an airship field, take the airship to the floating spaceport and then into space in the spaceship. Valet accommodations are part and parcel of the experience. 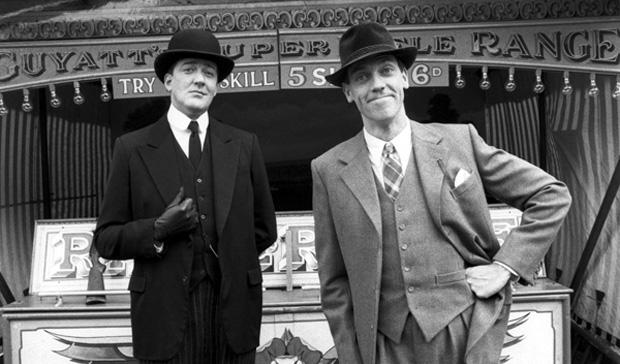 No way to reach those speeds with propellers, especially once you are in the vacuum of space. Neither possible to reach using a jet of steam, because the needed mass would make the whole thing unfeasible.

Well, if you handwave a super rigid, super lightweight material you can always use vacuum balloons. Basically don’t fill your envelope with anything at all, in Fact you pump everything out of it while keeping the zeppelin envelope a fixed size. Theoretically it’s the maximal possible expression of hydrostatic lift for a rigid body lighter than air aircraft.

Engineering wise it’s impossible to build (since materials rigid enough to make pressure vessels tend to be heavy) and not that much better than hydrogen, but with sufficient Unobtanium for the envelope you can’t do much better. It still won’t be good enough for the stereotypical steampunk airship though. Those things are just impossibly light.

This also doesn’t help with the fact that ‘In space’ is not the same as going fast enough to be anywhere useful. The people on your ship will still feel the effects of gravity pulling them down until you get your ship moving very, very quickly sideways. So you’d better have some good rockets on that ship of yours or you won’t really ‘go’ anywhere in space. You’ll just go up and down...

For a different approach, it would be cool to have it set in a universe which has steampunk physics as well - take a look at https://en.wikipedia.org/wiki/Luminiferous_aether a now discredited 19th century theory of light that was superseded by the theory of relativity. It would potentially provide a really cool mechanism for zeppelins to travel in space - the zeppelins are made buoyant by a device which pumps luminiferous aether into or out of the hull to fall towards or away from the nearest body (ie the earth or the sun). This would also provide a mechanism for traveling across interstellar distances since you can just continuously fall upwards away from the sun and never have to worry about that pesky time dilation thing from relativity that keeps you from moving faster than light.

You would still need some mechanism for moving laterally against gravity. Also If you want to keep conservation of energy, the aether pump needs some sort of incredible power source - perhaps a nuclear reactor of some sort

This would have some very strange effects on the properties of light inside the zeplin - I invite you to take a look at what happens to sound in the thin upper atmosphere for inspiration: https://physics.stackexchange.com/questions/496234/how-does-sound-change-high-in-atmosphere

Edit: It also just occurred to me that in this universe there would be an analogy to supersonic... superluminous perhaps?

i'd suggest an aether paddle wheel. you'll have to take large amounts of oxygen, water, and fuel with you to drive your steam machines, though. And a lot of food, 'cause you'll be going a while to reach the next planet.

Building on @Willk's answer but focussing on landing.

Once you have burnt all of your hydrogen for propulsion into outer space, your tank is essentially redundant. But vacuum is, naturally, even lighter than Hydrogen - so before coming in 'to land' just open your tank up, and ensure you have a tank 'full' of vacuum. Then, once you hit the outer atmosphere you can very slowly allow gases in from your surroundings to let you fall slowly to earth.

As a bonus, off the top of my head Physics would be on your side as well. Even if you let in too much air at any level, as you sank through the atmosphere the surrounding air would become comparatively more dense, so you would have a natural negative feedback on your downwards acceleration - a useful safety feature!

Not the answer you're looking for? Browse other questions tagged science-fiction space steampunk aircraft or ask your own question.

19
How could we do steampunk space travel, with minimal magic?
7
Planet with infinite overlapping surface on an axis, problems of the concept
56
Is space piracy orbitally practical?
9
How could something fly (steampunk tech) without lifting gas?
3
Using capillary action to bring water up to flying cities
37
How could steampunk civilizations get lifting gas?
14
How efficient can my neutrino detector be?
2
Creating a steampunk-esque/cybernetic “Big Iron” revolver