Since wireless does not seem to be the ultra-high-broadband solution of the future (according to recent 5G cellular network results), wires seem the only way to go for a data-intensive future.

The difficulty with wires is their management, and they must either be rolled up somewhere (if the cable is too long) taking up space or custom-length, which does not allow moving the cable aside to reach equipment behind it.

The science-fiction solution would appear to be wiring which can adjust in length.

Is it feasible for humankind to have elastic, conductive wires with our current understanding of physics?

The price or practicality of the wires is of no concern.

Coiled wire such as that used on old-fashioned telephone sets (as below) (I cannot for the life of me find a Wikipedia article mentioning this kind of cord) allow a limited amount of flexibility, but can easily be twisted incorrectly and over-stretched, damaging the wire.

I do not know why this technology is no longer used and any pointers towards resources referring to it would be greatly appreciated. 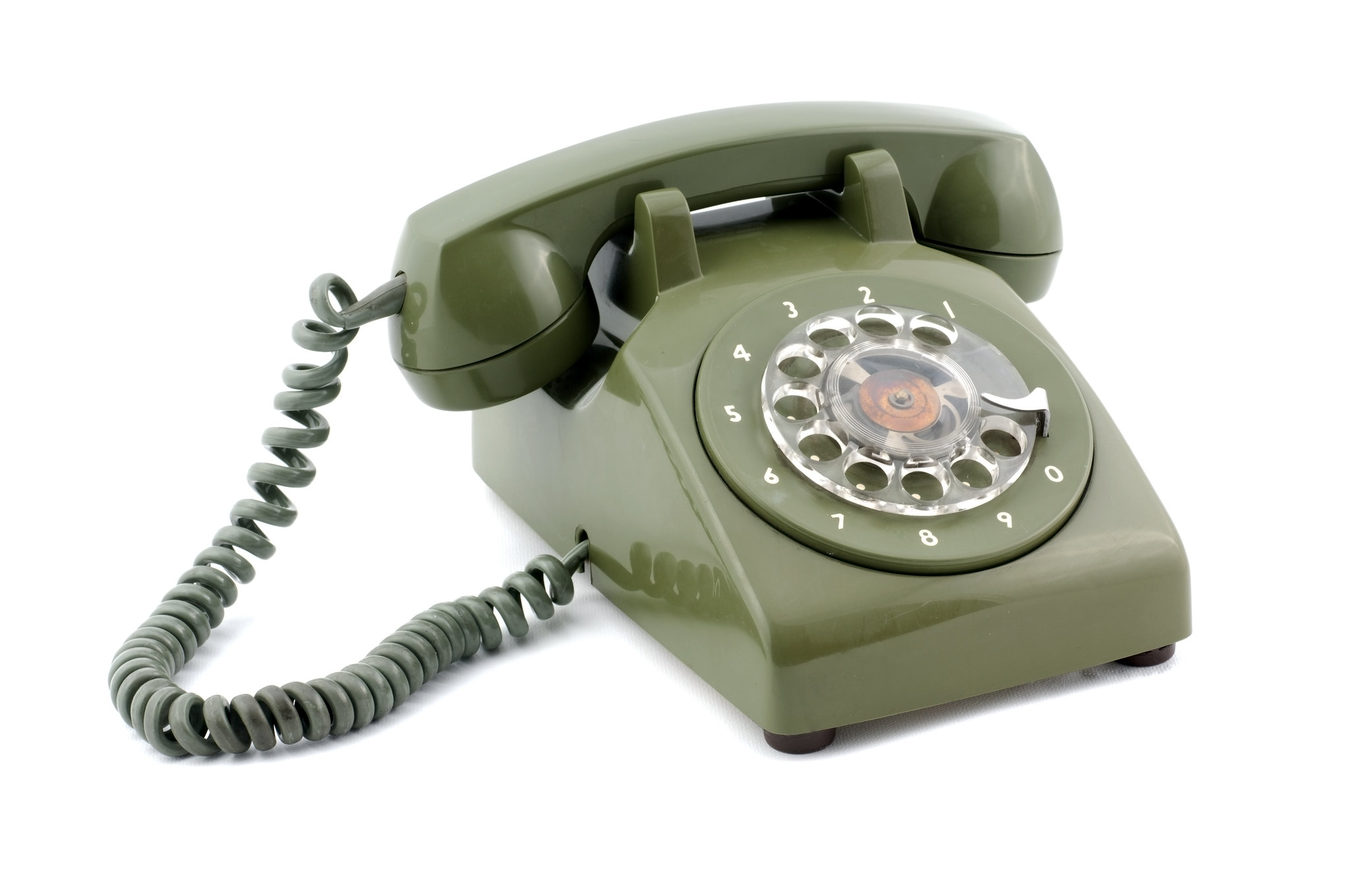 Creating a more exotic conductive chain and covering it in a tight, elastic fabric could achieve the desired effect.

Potential drawbacks could be:

The difficulty with wires is their management, and they must either be rolled up somewhere (if the cable is too long) taking up space

Your assumption seems wrong to me. Rolling cables is every engineer's favorite way to save space.

If the distance between two points you need to link is going to vary, the proper way to do things is to use a reel. These exist in many sizes, for practically every application you can think of. 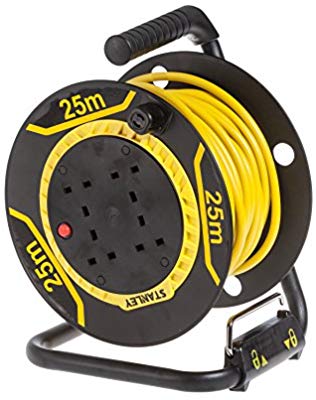 And I mean every application. See some guys standing on a reel for submarine fiber optics cables:

Using elastic cables would vary the conducivity of the wiring (see mcRobusta's answer) and would add other hazards, such as the cable getting stretch-stuck on unwanted places due to someone or something moving it around. If instead you use proper reeling on strategic places, you keep things neat, easier to service and easier to pack up and move if need be.

No. The resistance would be hilarious.

The resistance of a wire is given (simply) by this equation:

where, $\rho$ is a material-dependent constant, $L$ is the length of the wire and $CSA$ is the cross-sectional area of the wire. As you stretch a wire (or indeed any material), its cross sectional area decreases whilst its length increases. For an example, let's take copper.

Now let's stretch it out to $2m$. We can use the Elastic Stretch Equation (found here) to calculate the percentage change in wire length, and rearrange to find the new diameter and thus CSA (note I've changed imperial to metric, hence the ugly constant):

As shown, doubling the length of copper wire gives it 9,700% of its original electrical resistance (or its resistance is 97 times bigger than before). Aside from heat generation alone, not many electrical signals are going to get through this.

With all that being said, the field is a work in progress. Things like conductive fabric are using smart geometry, topology, wire shorting etc. to get better, and the field is showing more promise every day.

I would have thought, given the availability of conductive lycra fabric (I've just googled it and had a fair few hits!), the answer to this is yes.

This fabric looks and feels like ordinary Lycra but is highly conductive. It can be cut into narrow strips to form conducting ‘wires’ or can be used as a soft compliant substitute for metal and foil in switches and sensors

At the moment this fabric is predominantly used for wearable electronics.

Possibly a better solution would be using electric nano-materials https://aip.scitation.org/doi/10.1063/1.5083942. This would allow wiring that acts pretty much like a rubber band.

In the paper above it's using copper wires in a coil inside a substrate, but it also mentions using nanotubes or silver nanowires, and also structural folding such as origami to allow stretching.

The answer to the question of advancing bandwidth to our portable devices, where a dedicated pre-selected length of wire would be undesirable, lies not in finding a better way to make a hardline wire to it, but making better use of wireless design.

High bandwidth optical communications, such as what we use in fibre optics, can work surprisingly well as a wireless system. However the transmitters and receivers require direct line of sight, and may be interfered with due to weather conditions. [or someone/something stepping into the beam...] The other drawback of running open optical systems is that they can quickly reach a saturation point where sending-receiving pairs that are spaced too close together will risk cross talk as the receiver from Pair A begins to pick up parts of the signal from Pair B's transmitter.

Along with removing the requirement of line of sight, routing optical signals through dedicated fibres means we can pack far more Sending-Receiving pairs into the same space.

It is really this cross talk risk that is the heart of our bandwidth problems, whether dealing with Optical, Cellular Signals, or home WiFi, we will quickly saturate an area with competing signals if we use devices that blast data over a wide area without concern for where the other end is going to be.

So, how do we resolve this?

We begin limiting the wireless signals to more confined and better defined regions.

This concept is seen all the way back with the original cellular networks [and is why they're called cellular...]. Rather than broadcasting one signal that can be seen everywhere, you split "everywhere" into smaller regions that are covered by weaker signals [such that signals don't overlap any more than needed], and you can then squeeze more data through the whole system.

As such, we apply the same solution by adjusting the scale again. We use smaller cells that will cover fewer users, freeing up more of the max transmission bandwidth for each user.

Have a Network Signal that covers an entire neighbourhood that is becoming overloaded?

Is the 'whole yard' system getting saturated?

Need more bandwidth in the room?

Need to go even smaller?

Yes, and it's already commercially available. This stuff can apparently change length up to 40% with NO CHANGE in resistance.

Not the answer you're looking for? Browse other questions tagged reality-check science-fiction communication materials electronics or ask your own question.