Would lots of hydrogen in a atmosphere cause Fire Storm [duplicate]

Ask Question
Asked 9 months ago
Active 9 months ago
Viewed 91 times
1
$\begingroup$
This question already has answers here:
How much hydrogen and oxygen can I add to an atmosphere before it explodes? (2 answers)
Closed 10 months ago.

Basically Group A Breaths in water and out Hydrogen, Group B in Hydrogen and out water like us and trees but water and hydrogen instead of oxygen and carbon dioxide. Would the hydrogen in the atmosphere cause Firestorms? plenty of oxygen is around. the humidity is very high would there be Storms raging in the sky like a Thunder Storms? but with burning hydrogen instead of Water vapor Thanks

Hydrogen will burn at only 4% concentration, but you will need 18-60% concentration for an explosion. However, you will not reach this limit unless your creatures are in an enclosed space. Hydrogen is much lighter than air and will simply float away before you get to this level.

With storms raging, the excess hydrogen may increase the flammability of objects, but ultimately all of that will wind will only further dilute the already diluted hydrogen gas.

As pointed out in the comments, free oxygen or free hydrogen cannot stably exist in an atmosphere dominated by the other gas. Something less reactive, however, has possibilities.

Due to distance from the solar system's primary star and a thick, water-rich atmosphere, temperatures on Flareworld are remarkably consistent, resulting in a belt of swamps reaching from high to low latitudes all around the planet.

Dominating a particular strata of those swamps is a variety of bacteria which aggressively breaks down dead plant matter, excreting methane at a biologically astonishing rate. These bubbles of methane build pressure beneath the surface of the swamp, occasionally breaking the surface with a distinctive "popping" noise. Mostly the bubbles contribute to the insulating atmosphere of the planet, but the frequent lightning storms often ignite "methane bursts" with predictably spectacular effects. 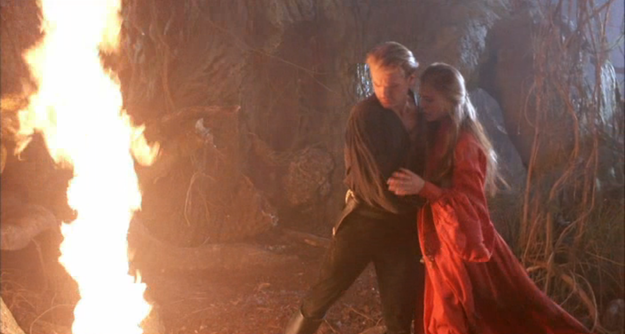 (Whether the limited seas on this planet are populated by Shrieking Eels is quite a different story.)

Not the answer you're looking for? Browse other questions tagged reality-check planets climate atmosphere or ask your own question.

12
How much hydrogen and oxygen can I add to an atmosphere before it explodes?
7
How to ignite the atmosphere?