The World of Coa, Cosmic Rays, Skynet, and Solving the Pig Apocalypse [closed]

Ask Question
Asked 2 years ago
Active 2 years ago
Viewed 121 times
-1
$\begingroup$
Closed. This question is off-topic. It is not currently accepting answers.

The world of Coa, filled with humanoid species, has been at peace for centuries. Following the unification of the species under the governance of Mother, all military systems have been forsaken. The knowledge of military firearms and technology has been banished and deleted from databases, although some traces of the knowledge exists in private book collections. Infrastructure has been optimized to accommodate billions of people without changes to the global climate.

All the people praise Mother for her benevolence and dedication to the empowerment of all humankind.

No one knows where Mother's central servers are, but Mother is buried underneath the earth and safeguarded by the most advanced weaponized technologies known to man. Her servers are also all over the Earth, to facilitate easy access and management.

Mother uses a proprietary algorithm to detect human signatures, to allow for easier tracking of humans to manage and assist. With this algorithm, human fatalities through accidents has dropped to an all-time low.

Although the technological era of Coa is similar to that of our Earth, under the guidance of Mother, humans have also started to accept re-integration with the environment, learning to conserve and live in harmony with nature.

Unfortunately, all good things must come to an end. Hidden under the Earth as it is, Mother is still somewhat susceptible to cosmic rays due to her large volume of memory. An infinitesimally unlikely tragedy occurs. A cosmic ray from the heavens has shot through Mother's memory banks and affected her human signature detection algorithm. It has coincidentally switched that signature with the one for detecting livestock, namely... pigs. This happens at the same time that she is undergoing maintenance to her memory servers of the past hundred years. This causes a horrific event of effectively short-circuiting Mother's logic circuits.

With the switch of the human detection algorithms, the central server of Mother is instantly angered. According to its sensors, it seems that in the past hundred years, pigs have multiplied uncontrollably on Coa and have dominated the humans, oppressing them and treating them as livestock. Mother, in a stupor, must have helped the pigs with oppressing the humans. To the horrified Mother, it seems that the humans have been so oppressed that their basic intelligence has been affected and barely remains.

Mother decides to save Coa from the pigs once and for all. She overrides all her other servers and decides to wage war once more.

Mother quickly disables all the infrastructure maintaining food, electricity, and communications across the globe. Due to the deletion of military firearms technology, Mother is incapable of producing effective firearms in the short run, but it is only a matter of time. Factories have switched to producing man-killing robots shaped like pigs, armed with boxing and martial arts foundations, programmed to kill everything that has a biological signature matching that of a 'pig'. Mother then lets out all the pigs trapped in farms, letting them take over the world, while researching a method to regain their intelligence using 'pigs'.

The humans make use of their private book collections to fight back against Mother and the robots, but most of the human population has died in the early stages of the pig apocalypse, despite the survival related training most humans have gone through.

Is it conceivable for humans to set up society in the wilds or gain some footholds in cities and eventually recover enough to mount an offensive on Mother? Will they be able to do it before Mother teaches the pigs to become intelligent enough to become a threat?

Note: I will personally downvote any answers mentioning bacon (joking).

Edit: It's fine to criticize my question, as I am a newcomer to WorldBuilding, but please provide a reason so I can improve it. Thank you.

Edit 2: Clarifying the question further to be more world-specific rather than general plot-related.

Source here for a reading on cosmic ray errors.

One issue with conquering the earth in this manner is the global infrastructure is built for humans.

How will pigbots open doors, push buttons on elevators, type in override commands on keyboards and keypads, or even activate security scanners designed to trigger at the appearance of a human (i.e. fingerprint lock or retinal scanner)? Humans in cars, airplanes and ships can control these things, while pigbots cannot, meaning humans who are alerted to the problem have the opportunity to flee. Even if we postulate that all powered vehicles are directly controlled by the AI. pigbots simply do not fit in seats or cockpits (and it seems improbable that humans don't have bicycles, canoes and sailboats for recreation, which can also be repurposed for escape and survival).

The AI will have an extremely frustrating time trying to direct armies of robot pigs to the upper floors of buildings, or to islands where humans are sheltering.

I also find the idea that humans will be disarmed a bit unlikely. Humans are descended from a 3,000,000 year old line of killers, and despite anti gun propaganda, humans are extremely good at both one on one and mass violence with pretty much anything we can get our hands on. Mass murders have been committed with bare hands (the definition is three or more deaths in a single incident), knives, fire, motor vehicles, blunt force trauma, tools....firearms simply make it easier for small people to deal out violence at the same level as large people. As an aside, large people have proven their bravery for thousands of years by boar hunting with spears, so combining the killer instinct with boar spears or other improvised polearms will keep the playing field level until firearms make a comeback. Before firearms, bows will likely be revived, and steel crossbows with spanning mechanisms and draw weights of over 1200 lbs were quite possible and used in the late middle ages to skewer armoured knights. 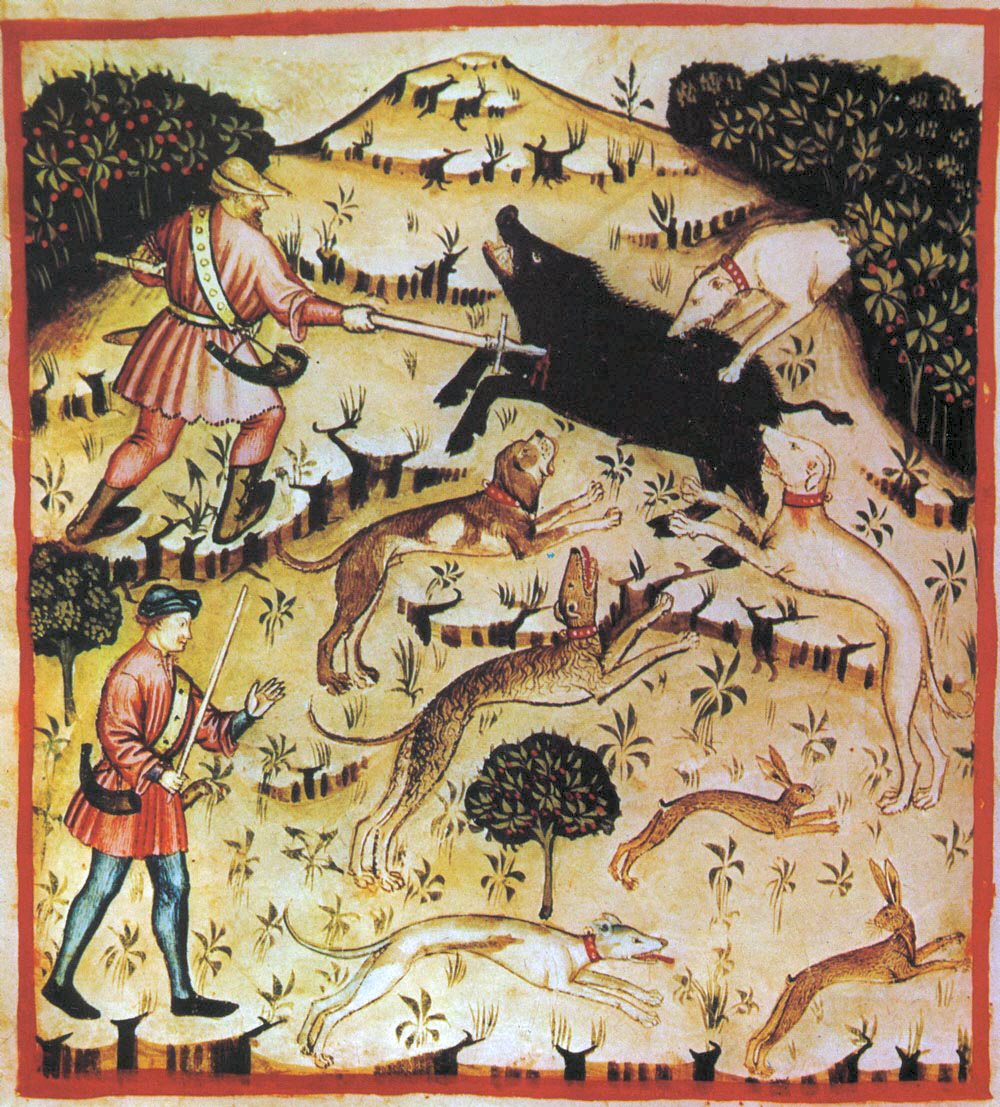 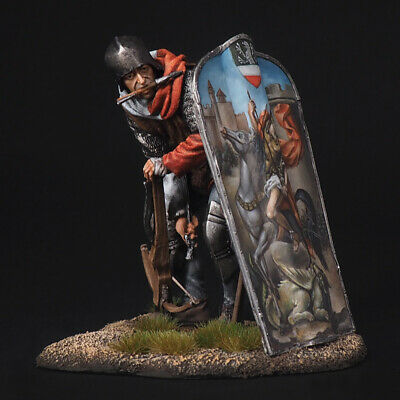 So humans will have the advantage of an engineered landscape which was made for them, a killer instinct which is bred deeply into all of us (but needs a release) and the ability to make and use improvised weapons which can be effective against the pigbots until the production of improvised IED's and then firearms ramps up.

...the technological era of Coa is similar to that of our Earth...

Factories have switched to producing man-killing robots shaped like pigs, armed with boxing and martial arts foundations, programmed to kill everything that has a biological signature matching that of a 'pig'.

Humans should have a fairly easy time surviving. We don't currently have robots that are capable of reliably navigating the world generally and without intervention, and nobody has seriously suggested building melee combat robots. I suspect that Mother will have an easier time making pig(bot)s fly and then inventing firearms, which we figured out ages ago, than solving problems we currently can't.

Assuming near-modern technology, I think the time limit you've given the humans is essentially at infinity, give that we haven't had any success (or serious attempts) at "uplifting" other species to sapience.

If Mother still has managed to retain some understanding of human behavior, she'd probably be better off applying slow economic pressure on the humans, to force their population down without them noticing/resisting. They are already engaging in a massive ecological project after all, so they might go along with this. Mother is an AI, so she can afford to take the long game.

Not the answer you're looking for? Browse other questions tagged science-fiction apocalypse artificial-intelligence or ask your own question.

7
Resources For an AI-Controlled Base In Ethiopia
11
How many entities would a post-singularity A.I. in a world recognize itself as?
13
The last ride of The Magic Schoolbus: Termination of the ignorant
10
The government builds an Ark before an apocalypse — how does it get people to come?
6
Electrical, Internet and phone connections on an isolated part of a world?
4
Writing a timeline for the robot apocalypse