Originally I was going to ask for help in the process of designing moons in general, but this is such a vast topic that I decided to narrow it down.

I'm trying to create rocky moons or planets. I have great ideas, but I am struggling with the realism of creating the features of the surface.

What I want is any tips or strategies on how to create the surface features (like creating craters in GIMP or Photoshop, creating striations, mountains, or valleys).

Specifically, any help in creating the illusion of elevation or roughness of the surface would be appreciated.

The problems I'm facing have to do with my planets or moons not feeling "involved" enough. They seem too simple, without enough layers of detail.

Here is an example of a lava planet I created: 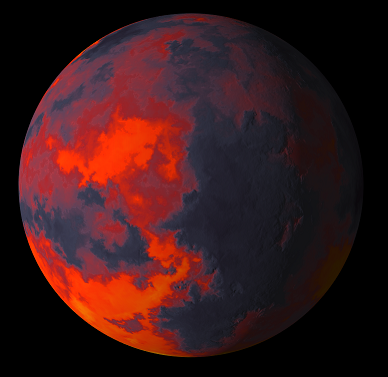 And here is the moon, with the equatorial gash as mentioned in one of my previous questions: 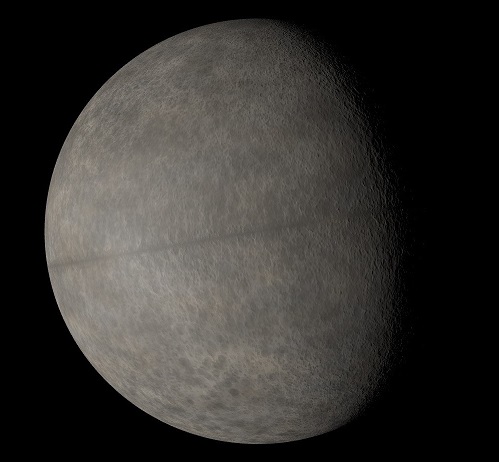 Any help I can get on how to improve these and make them more realistic would be highly appreciated.

Most of these you probably already know, and have already done to some extent, but if someone else comes across this post who wants the very basics, here we go:

The structure of the surface.

On all the images of real planets, there are large features: jagged gashes across the surface, white spots with huge lighter and darker areas, changes between shades of grey and brown.

In your images, you have one noise applied uniformly. On the lava planet it looks like some sort of stepped multifractal, and the color of "red" is "red" across the whole planet. There are no distinguishing features such as craters, plumes, or other strange bits, and as a result, the "noise" looks rather artificial: it's noise, but it's too regular. Surprisingly, planet surfaces are /not/ purely noise functions. Processes like erosion can't be modeled by layers of noise.

Similarly for the moon with the equatorial gash: all the craters are the same size. Tiny/detailed, but the gash is ruler-straight (which is probably intentional), and none of the craters are larger than a fingernail. It's also the same grey across the entire planetary surface - there are no areas where there's a higher concentration of Fe2 oxide making it brown, or Fe3 oxide making it red etc. etc.

In particular, most planets have poles. These may have vastly different materials as at the poles, liquids freeze into solids creating very different surface properties.

The three reference images you have there are fantastic. Copy from them! Add streaks, notches, random white dots, dark areas etc. etc. Yup, you'll probably have to do this by hand.

It's very tempting to throw a color gradient on your heightmap. But then you end up with something like this: 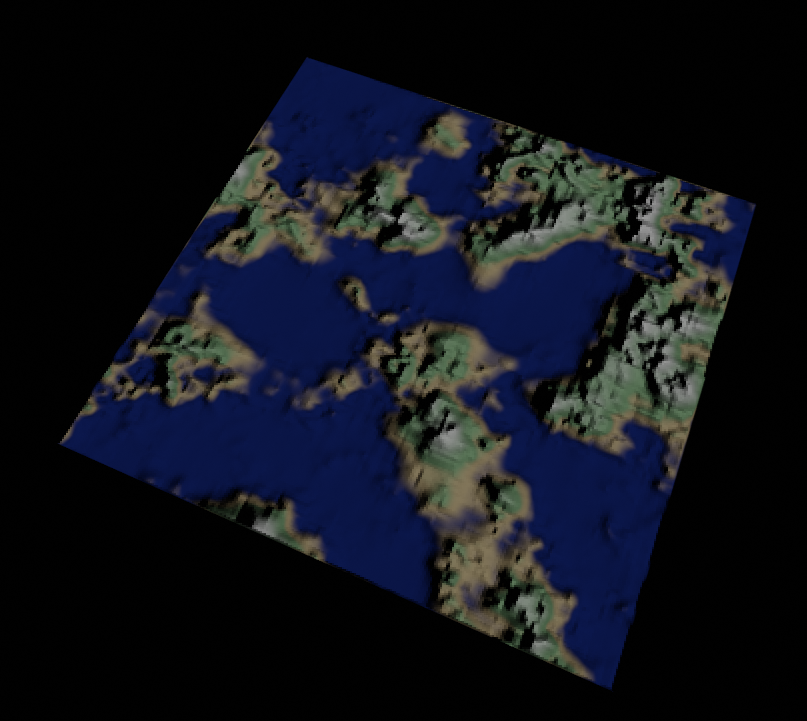 Pretty terrible, right? This is becase in the real world, things are pretty much never purely a function of height. On a temparate world, you'd expect there to be rivers, areas of desert etc. etc. Not a uniform "blue = low, green = middle, white = high"

The same applies to rocky and lava planets. Just because there's a crater doesn't mean the bottom of that crater will be a particular color. Maybe the meteor that made the crater was composed of one particular material, and it left a darker smudge. Maybe there was a landslide, and it exposed a strata of greenish rock.

For example, here are three moons I threw together all using the same heightmap: 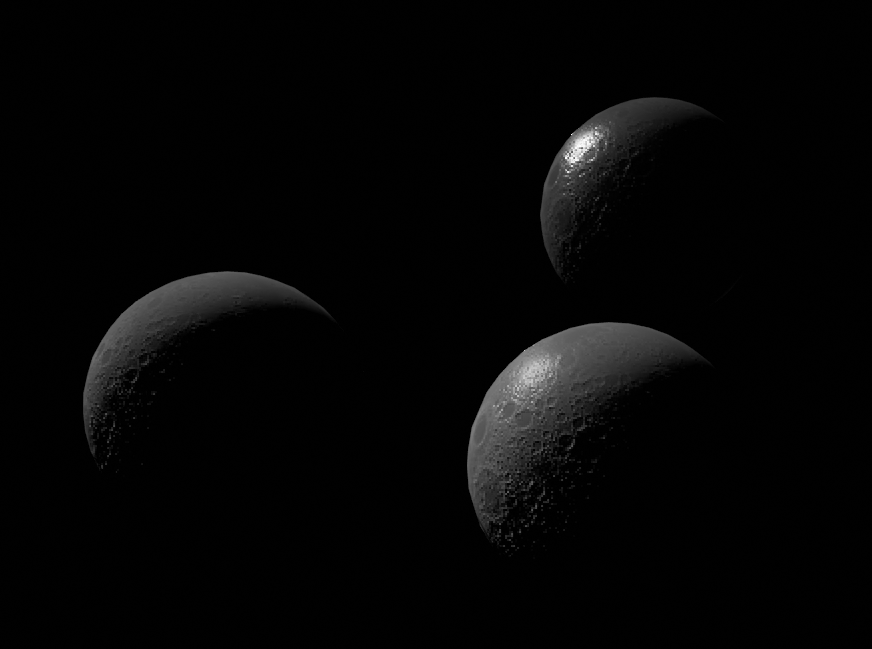 Aside from all sucking at being realistic, they illustrate that the properties of the rendered surface make a large difference. The "Most real" is the one on the left, because most lunar regolith is very diffuse with no specular. In your picture of the moon I do see a very slight specular highlight: 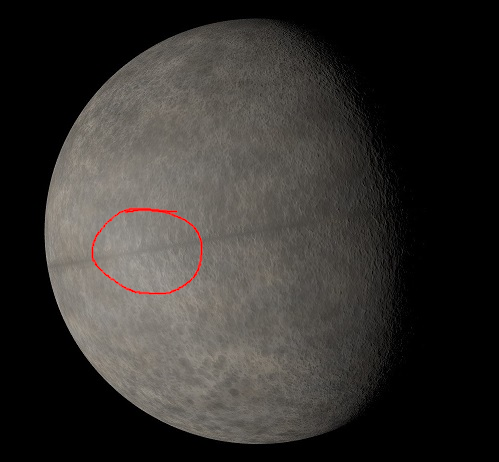 It's not wrong, but I'd say get rid of it altogether. If you're using a renderer that uses PBR: set the roughness to 1 and the metallic to zero.

If you've got a planet with an atmosphere or water, this will obviously be different, but for rocky moons, I think it's fairly good advise.

The sun is BRIGHT. Here's another comparison shot (ignore the green stripe, it's an orbit indicator, and ignore the horrible texture seam at the poles - this moon is normally viewed from further away)

The one on the right has a sun that is ten times more powerful than the one on the left. Yup you don't see nearly as much surface detail, but sometimes that's a good thing.

Not the answer you're looking for? Browse other questions tagged planets moons worldbuilding-process worldbuilding-resources or ask your own question.

9
How Can I Explain a Giant Equatorial Gash?

4
If Earth had an ellipsoidal moon, would that change tides and such?
4
Tidal forces of tidally locked moon orbiting a gas giant
22
Realistic sky of an Earth-like moon orbiting a gas giant (length of day and size of celestial bodies)
0
Planet with two moons and rings? Is it possible?
6
Defining the perceived appearance of a moon from a planetary surface
3
Creating a Cold Super-Venus for a story
1
The location of a geostationary moon in the sky?
8
Impacts of a moon falling on an Earth-like planet?