Can Someone Help Me Determine Plate Divisions?

I have a world designed called Ser. I want to place tectonic plates so that they can explain how the current landmasses formed. 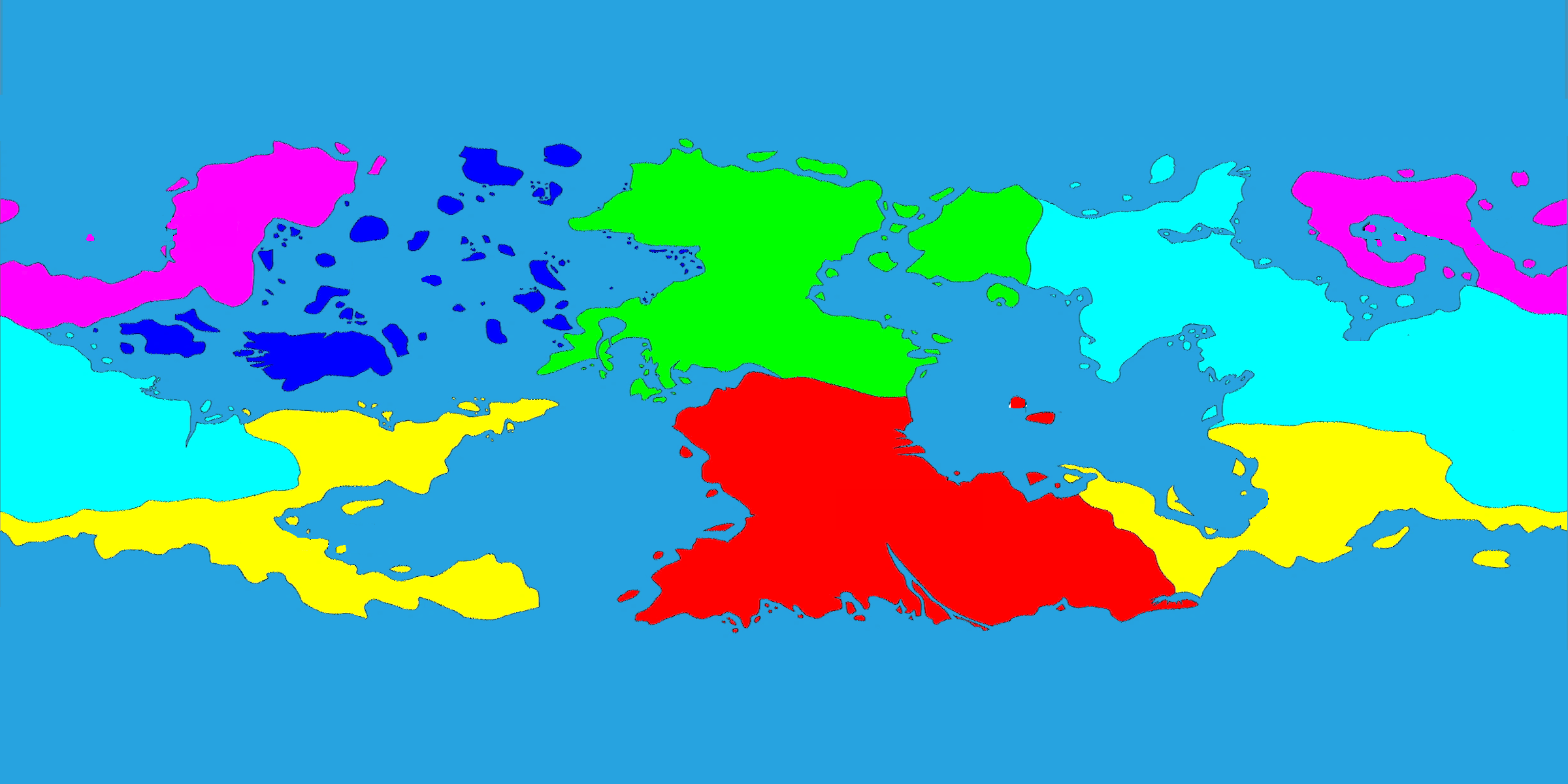 Below shows how the landmasses have fit together in the past. The color brown indicates regions of mountain ranges. The colors on the shorelines represent how other landmass fit together during the last supercontinent. 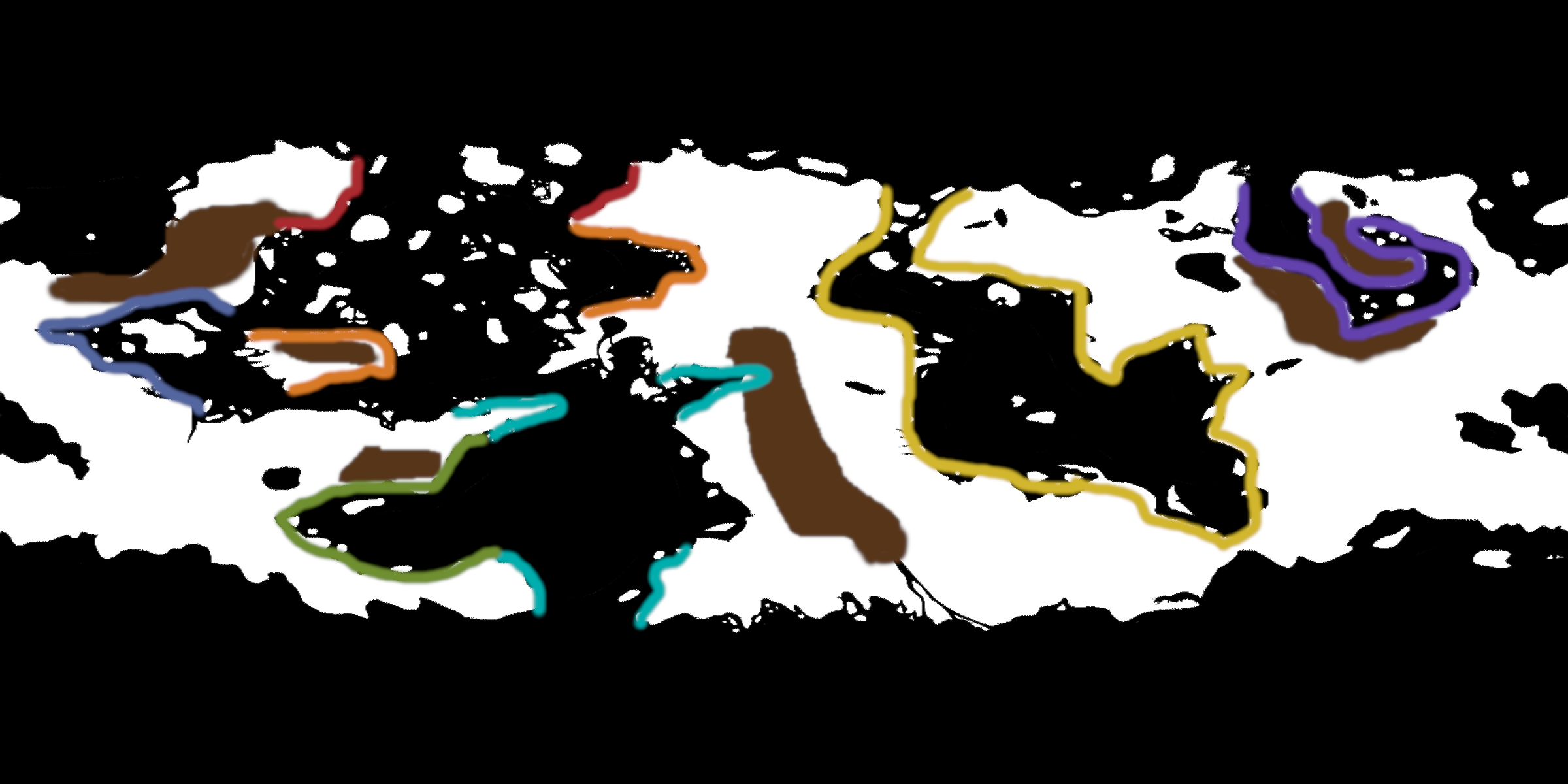 Based on these two images, I want to decide where tectonic plates and their movement could have split the landmasses apart the way they are currently represented.

Good answers will provide tips and/or resources that will help me decide where my tectonic plates should be. Please be descriptive and explain where plate boundaries should be and where they should not be, based on the data in these pictures.

You have a few problems

I have done my best with your map while trying to change as little as possible. Spreading centers are marked in red and subductions zones marked in green. If two places can't be areas that were once joined I have erased the matching colors. Islands that I just couldn't justify no matter how much a stretched I just erased. I added a mountain range near the yellow coastline because subduction zones create mountain ranges, and putting the subduction zone there disrupted less of the map than anywhere else.

I have just ignored your first image because it makes no sense, they look like political borders not tectonic ones. 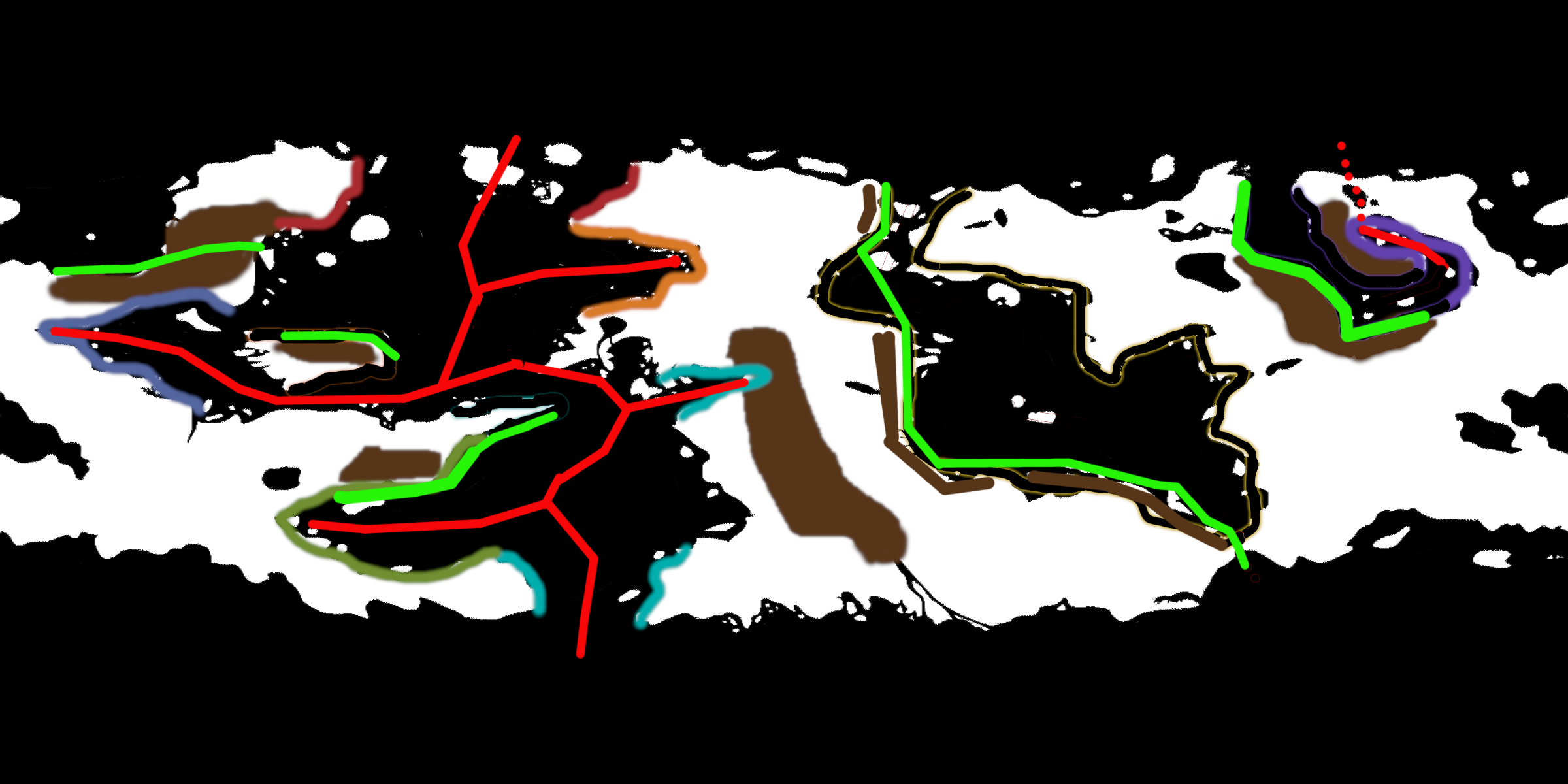 Really you would be better off starting over from scratch, it will look a lot more convincing. Or at least you have to do some serious editing of your map to make something possible. You have too much land in the mid & low latitudes and too many random islands.ideally you could even take a bug chunk out of a continent to open up some room for things to move.

The best way to build a map is to start with rough idea of what you want and work progressively towards it instead of taking a finished map and asking how to fix it (and that is what you are asking whether you intend to or not). I know you don't want to change anything but you just can't make something believable from what you have without changing it. Sometimes the answer is "you can't get there from here". You can't add in techtonics after the fact, techtonics are what creates landform.

Not the answer you're looking for? Browse other questions tagged worldbuilding-process worldbuilding-resources map-making tectonics or ask your own question.

38
How do I resolve science-based problems in my worldbuilding?

5
What are the best books on geology and plate tectonics for worldbuilders?
8
How can I get my continent placement and latitude lines right to make my climates work?
1
How plausible are the terrain and land-forms on my fantasy map?
6
Rotating a map projection - software question
2
Does my climate map work?
4
How Can I Draw a Realistic Topographic Map?
6
Advice on accuracy of world map
5
What needs to be changed about the plate tectonics of my world?
2
Are my plate tectonics/land masses realistic?