The Earth-like world's been shrouded by darkness. For how long would the civilization be able survive? 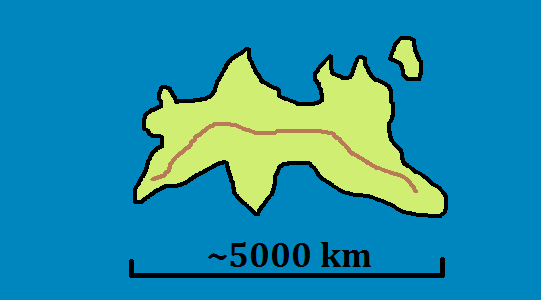 In this setting, the Continent has been hit by several catastrophes, caused by the inner workings of planet's tectonics, and the eruption of a volcano far on the other side of the world. Gravest of them all, the great shroud arose, and the civilization, though not extinct, couldn't sustain highly organized states anymore, thus breaking down into poleis, villages and even solitary estates. This period will engrain itself in the collective consciusness, later being reffered to as the "13 Hells" (13 being the original number of days I intended it to last), and is the source of many superstitions, legends etc.

But - after some consideration, I began to doubt that an event, that lasted only 13 days, would leave such a significant mark in human history. Maybe I'm wrong; anyway, wanted to strech it a bit.

So my question is, what are the medieval civilization's limits to enduring the "Long night"?

I appriciate all the help, cheers.

your description look exacly like krakatoa and tambora eruption.

The explosions hurled an estimated 11 cubic miles (45 cubic km) of debris into the atmosphere, darkening skies up to 275 miles (442 km) from the volcano. In the immediate vicinity, the dawn did not return for three days. Ash fell as far away as 3,775 miles (6,076 km) landing on ships to the northwest. Barographs around the globe documented that the shock waves in the atmosphere circled the planet at least seven times. Within 13 days, a layer of sulfur dioxide and other gases began to filter the amount of sunlight able to reach Earth. The atmospheric effects made for spectacular sunsets all over Europe and the United States. Average global temperatures were as much as 1.2 degrees cooler for the next five years.

and judging from this link seems like 13 days is enough to bring crop failure,malnutrition, famine, chaos, disease.

after all it surround entire world and new crop require time and the heavy rain probably undrinkable or to acidic for plant.

and Some historians even argue that the cool climate due to volcano eruption accelerated the collapse of the Roman Empire, leading Europe into chaotic times, with widespread migrations of peoples within or into Europe fleeing famine, diseases and war.

"And it came about during this year that a most dread portent took place. For the sun gave forth its light without brightness, like the moon, during this whole year, and it seemed exceedingly like the sun in eclipse, for the beams it shed were not clear nor such as it is accustomed to shed. And from the time when this thing happened men were free neither from war nor pestilence nor any other thing leading to death" - the Byzantine historian Procopius in 536 CE."

so volcano eruption may actually involve in creating dark ages civilization, not sure will medieval civilization will collapse since its a collapse civilization from the begining.

and there also a speculation about volcano eruption stronger than krakatoa during medieval, so seems like 13 days is not enough, but devastating enough i guess. but its a speculation after all.

the scream painting by Edvard Munich (it has nothing to do with the answer, i just want to add it because the painting is inspired by krakatoa eruption) 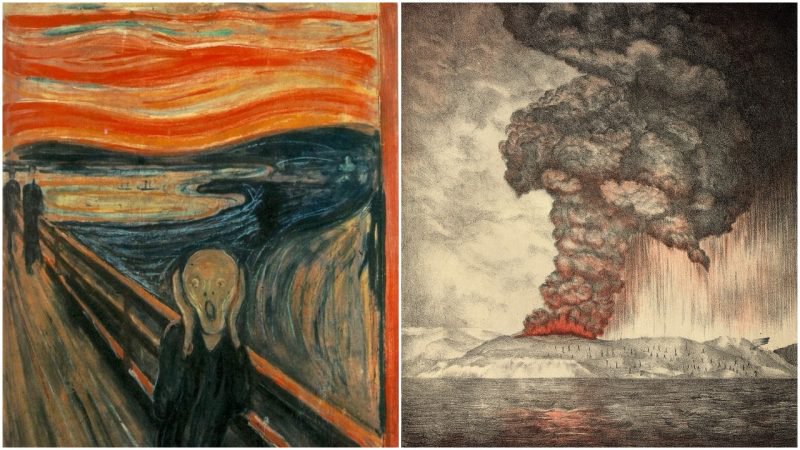 13-days night won't destroy the civilization. But a multiyear winter may do that.

Medieval civilization did not have much dependency on trade or technology. Long night event may cause widespread panic and rioting, and ruling dynasties may be toppled - but so what? After day-night cycle returns to normal, so would the people. Burned houses would be rebuilt, lost crops would be reseeded, new kings will be crowned. Population losses, if any, would bounce back within a generation.

Medieval civilization, however, had strong dependency on food supply. It was just "getting by" in the years of regular crops, and showing obvious signs of strain when the crop yields were bad. What if we have several years without much crop at all? That would certainly spell trouble for typical medieval civilization. Kingdoms may break up for good, many people may die, and those staying alive may forget how to seed and reap.

One large sun-blocking event may result in "global winter", severely affecting the civilization. It may plunge into "dark ages", while the pre-calamity days would be remembered as "golden age".

To use an overused term, "Technically" forever. We need light in the short term due to our overuse of it. Most of any population would die off after a few years due to all forms of organic resources becoming less available. We don't rely one hundred percent on sunlight to live, mainly to stay healthy we need sunlight. A stable food source would be the main concern, although after several years most of the staple plant & animal life will have died off there would still be alternative forms of foodstuffs, like fish & Fungi. We could "technically" live on in darkness as long as we adapted to survive on these food sources. I doubt scratching around in the dark eating fungi would be much fun though.

Not the answer you're looking for? Browse other questions tagged science-based weather survival medieval-europe climate-change .

21
Would a person from the past be able to survive for a week in New York?
23
The World's in Perpetual Winter. How Long Can Humanity Survive?
6
How long could someone survive in "Sky cell" like prison?
7
How long could an alien species survive at sea?
2
How would the people survive in darkness and be affected by the short periods of sunlight?
6
How long would it take to build up a town after it has been reduced to rubble?
0
In a world like current Earth but where most forests have been cut down, what would be the impact on the world's Atmosphere?
2
How long would it take for earth to dry up?