If we were to assume the shape of planet Popstar from Kirby is kept that way artificially, how would the shape affect its day/night cycle?

Making a semi-realistic Kirby Alternate Universe (AU) here. Popstar's shape is a result of a member of this powerful race using secret magics to alter reality in this AU.

What would its day/night cycle look like? What would the shadows from the points look like? Would there be locations that never or rarely receive light?

In light of some hard thinking and looking at the comments, I've decided that the canon popstar is too anomalous. I've decided instead that it is a normal round planet with five enormous mountains, angled like so: 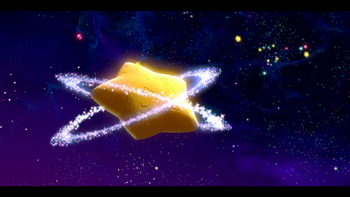 Such a shape cannot belong to a planet: a planet would be under hydrostatic equilibrium, thus it would be spherical or ellipsoidal.

That body is therefore an asteroid. (Fun trivia: the word asteroid comes from the Latin word aster/astra, meaning star, exactly the shape it has).

Its rotation will very likely be chaotic, and such would be also the night-day cycle. The star arms would project a shadow on the surface opposite to them with respect to the star, more or less like mountains and mountain ranges do on Earth at sunrise or sunset, see below example coming from Mount Teide. 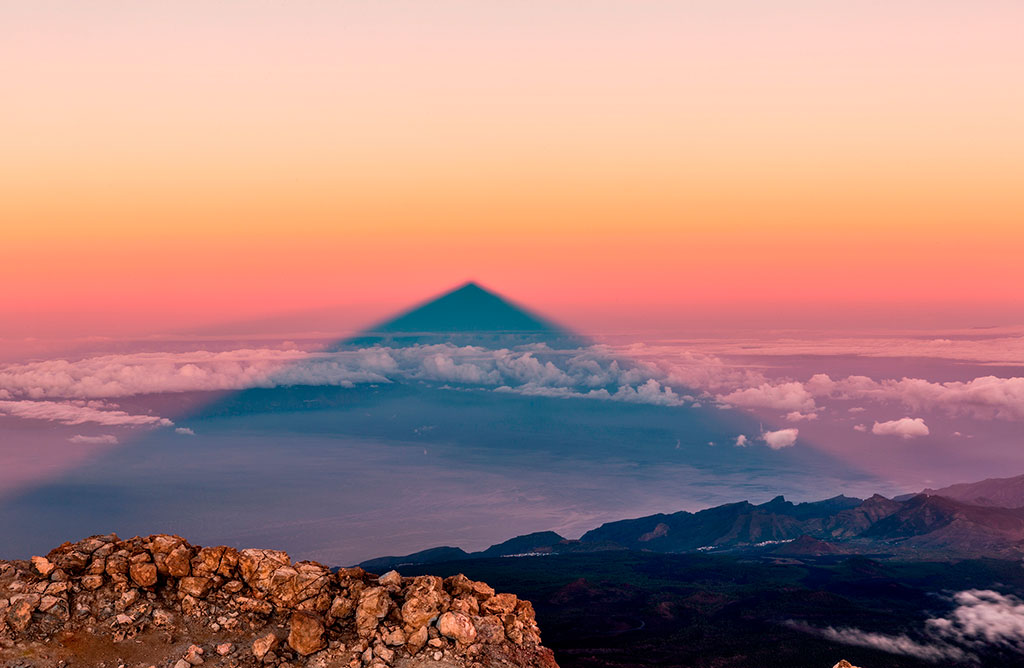 The long dark stripe that you see is the shadow of the mountain projected on the sea/clouds.

Though in your case there would likely be no atmosphere and the result would less dramatic, still a shadow would be cast.

16
Would a human individual adapt to a change in the day-night cycle?
7
How could a planet have a 40 hour day cycle with its nights only lasting 3 hours?
4
Could a hollow rocky planet the size of Jupiter be artificially created, and how would that affect species growing on its surface
17
How would a torus world (donut shaped) have to rotate in order to have a stable day / night cycle in all of its regions?
2
Could a habitable tidally locked planet have a day and night cycle caused by the eccentricity of its orbit?
4
How could a planet with a long day-night cycle naturally regulate its temperatures to allow life?
3
How would the reflection of sunlight change the day / night cycle of a binary planet system?
0
In this binary, how far would the secondary planet orbit the primary planet and still have its own day-night spin?