What would be the seasonal impact on the indoor climate of a giant dome habitation? [closed]

Ask Question
Asked 1 year ago
Active 1 year ago
Viewed 1k times
11
$\begingroup$
Closed. This question needs to be more focused. It is not currently accepting answers.

I am writing about a city inside a dome which protects it from an inhospitable environment. I would like the dome to have it's own self-regulating ecosystem, at least enough to provide rainfall throughout the dome. I think there will be at least 2 artificially maintained rivers or maybe some canals that will provide a source of flowing water to evaporate.

I am wondering how the outside climate might affect the seasonal changes inside the dome, such as a rainy season caused by either hotter or colder prolonged temperatures outside the dome? Would this even make sense for a dome that is thick enough to protect the city from dangerous outdoor conditions?

Why is the dome the best solution?

Think about the original designers of the dome - why have it? An answer to this question may answer your question. 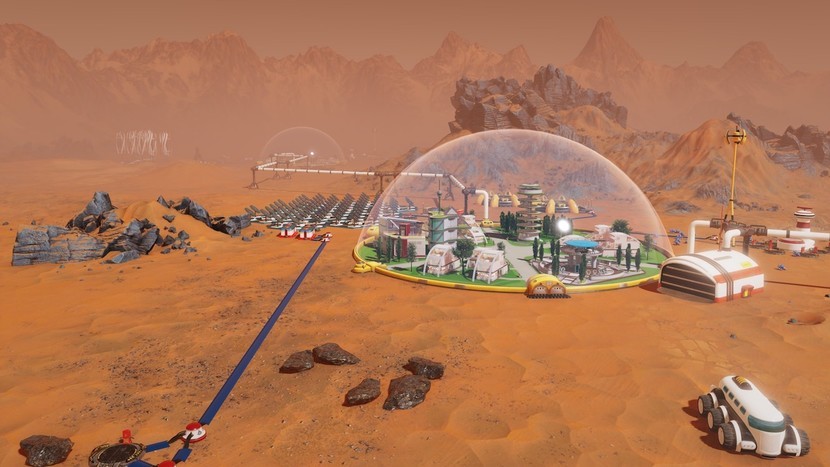 Caverns supply much more protection against radiation, weather, atmospheric pressure differences. They are also much more readily occupiable, with little investment compared to domes. They are also more safe - domes can fail and be damaged easily, resulting in likely catastrophic failure. In fact, failure should be considered to be inevitable requiring constant maintenance. 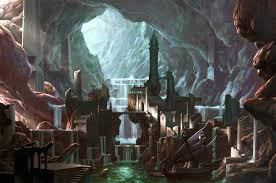 Only in certain situations, such as high seismic areas, are domes preferable, but even then it begs the question as to still why it is there. If you need it for light to grow, for instance, crops - this can be accomplished hydroponically using artificial power sources more readily, with more reliance and efficiency.

Perhaps the original designers of your dome like the psychological benefits of being able to see out, but if we are talking of a hostile environment I'm not sure if this is too beneficial for the risks. Your dome would need to withstand corrosion, heat, wind forces, radiation, dust, pressure, micrometeorites and unintentional or intentional damage - all the while being transparent and clean (otherwise no point...).

It would need constant injection of power to either retain heat or lose it though the dome, whilst dealing with direct solar radiation. It would need constant maintenance and investment, for which any error could prove fatal to all who reside in it. Best choose safety and go underground if possible.

dome to have it's own self-regulating ecosystem

Since the dome has its own self-regulation, there should be no impact of external climatic phenomena in general.

However, effect of external climate can at times be aggravated in terms of extreme events like cyclones, floods, heatwaves etc, which can impact the efficacy of the self-regulation system your dome may have. So you can have minor aberrations for the climate inside, the severity of which you can control as per your specific settings and advancement of technology.

Also note, while dome may help prevent from hostile environment, it may not help against geological phenomena (earthquakes, volcanoes etc), so you may need to build mechanisms to counter them.

There's one part of a dome that people always seem to forget about, and that's the bottom. In order for a dome habitat to be viable on, say the Moon or Mars, it must be completely sealed off from the outside, because outside is the vacuum of space, or a thin, mostly-methane atmosphere. The problem is, the surface of any rocky planet is going to be a lot of loose sand and dirt, not something that easily forms an impervious seal. Even if you had your fictional transparent aluminum indestructible material for creating the dome, you'd also need to be able to seal off the bottom such that soil erosion doesn't cause a cave-in beneath you, allowing your precious breathable atmosphere to vent out. This means your foundation must also be made of constructed material, specifically material which will not allow any leaks under any circumstances, e.g. seismic activity on the planet/moon below.

At this point, what you have essentially built is a ship, just one that stays on the ground. The rules for this would be the same as the rules for building an actual starship, or for that matter a submarine or sea-floor science lab. It is an enclosure on all sides, not just a cover on top. Even if you have soil inside for planting crops, there will still need to be a solid hull beneath it to separate you from the actual outside environment below you. The whole thing should probably be propped up on legs which can be adjusted in length, similar to antarctic research stations, because you cannot rely on the ground itself to support you.

As far as seasonal effects, it obviously depends entirely on the environment of the planet or moon you're thinking of. If it's cold, you need to supply heat inside. If it's hot, you need to keep it cool inside. If there's no breathable atmosphere, you need to keep it tightly sealed and recycle the atmosphere you have. Most of this is fairly self-evident, but without knowing much about your planet's environment other than that it's "inhospitable", any suggestions would be mere guesswork.

It depends on the properties of the dome.

Heat can move 3 ways: conduction, convection and radiation. Conduction is through a solid - like a frying pan. Convection is via fluid medium like air. Radiation does not require a medium and moves via electromagnetic rays.

A dome means no convection: air does not go thru a dome. Radiation and conduction are still possible.

I could imagine if you had a thermally conductive dome and it was cold outside, but your inside is humid with evaporating rivers, humid air would condense on the inside of the cold dome material and drip off or run down the side. If it was very cold ice would form on the inside of the dome. If it stayed cold outside this built up ice could get thick, and weigh down the dome or cause trouble when it fell onto the lands below.

According to your rules, no effect, though the dome needs to be tough enough to withstand the weather in the first place, otherwise the dome stops being a dome and the interior is now fully exposed. And with that out of the way, the only problem is temperature exchange. Except your dome is massive - it'd have to be to get clouds, which you want, and it requires the ability to produce heat to evaporate the water, thus requiring an artificial sun (unless you somehow have glass windows on the dome which are strong enough to withstand tornados/hurricanes/hailstorms/etc.) and you'd need to regulate temperature already. So the answer is 'assuming the technology to create the dome exists, the technology to regulate the weather also does'.

Not the answer you're looking for? Browse other questions tagged climate weather construction or ask your own question.

6
What would the climate be like on an earth-like planet with only one convection cell per hemisphere?
65
Ultimate Australian Canal
5
What effect would a heat absorbing place have on climate?
2
What would be needed for the entire planet to have a polar climate?
8
What would the climate zones of Pangea be?
3
Weather and climate during the next Ice Age
4
I would appreciate your advice on the climate of my world
3
What is the climate like 200 years after nuclear war?