How could a race of humanoids have grey skin?

Gray skin and red eyes is a common look for Dark Elves, and I have a similar race in my own world. But what would physically cause such an appearance?

I've had a thought that my gray people are gray because, like an elephant or dolphin, their skin is thicker and so fewer blood vessels show through. EDIT: I've now been informed that elephants and rhinos have gray pigmentation. I wasn't aware such things existed. Would that cause them to look excessively wrinkly or chubby or sandy though?

Another possible explanation is that they ingest something that makes their skin grey, much like argyria. However, that particular condition actually makes the skin more shiny purple than gray. I'm not aware of a condition that makes you gray like Dark Elves, that doesn't also kill you.

So these guys don't really look like the glamorous but grim dark elves that we want in fantasy, but it's halfway there. I know how to satisfy the hard requirements, but not the soft ones.

I was originally going to also ask about red-to-yellow eyes, but they're covering that over in How would red eyes occur in a human (without underlying medical conditions)?

I can think of two explanations for your grey-skinned people.

The first is the obvious explanation. They have a pigmentation that is grey. Just because we don't see this manifestation in our population doesn't mean that there isn't an organic compound that can produce the effect.

The other explanation is that they have two forms of pigmentation -- one black and one white -- that populate their skin in a uniform distribution at a specific ratio. In short, their skin is pixelated with tiny black and white dots. When viewed from a distance, the human (or elven) eye will see this as grey. The ratio of black and white dots determines the darkness of the grey since not all individuals may have the same shading. 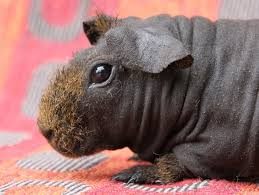 Not the answer you're looking for? Browse other questions tagged science-based biology humanoid unusual-color or ask your own question.

9
How would red eyes occur in a human (without underlying medical conditions)?

9
How would red eyes occur in a human (without underlying medical conditions)?
10
What would the eyes of a cave-dwelling race be like?
10
How could my humanoids have fire resistant hair and skin?
4
Looking for a review of my tidally locked red dwarf planet system specs!
3
"Realistic" Dwarfs Part One: Bioluminescence for active Vision
2
Realistic look for subterranean humanoid race
3
Could a humanoid alien species evolve to have a natural melanin deficiency but still have colourful skin/skin markings?
6
Would a copper-based pigment give my Orcs green skin?
5
What would cause a race of elves to have grey skin?