The right size for dragons

Note: size here denotes the physical dimension(s) taken up by the creature in a natural, idling posture

One of the many fantasy tropes that make me want to Fahrenheit 451 contemporary fantasy literature is of course:

This has led to dragons the size of Metal Gear EXCELSUS and other travesties against common sense. That begs the question, just how big should a functional dragon be?

To answer that, we first have to define what functions do dragons have in my world:

Since matters are more complicated, and there's no definitive answer, it'd be for the beter if we defined an interval in which the criteria are met. What's the best size-category for a dragon? 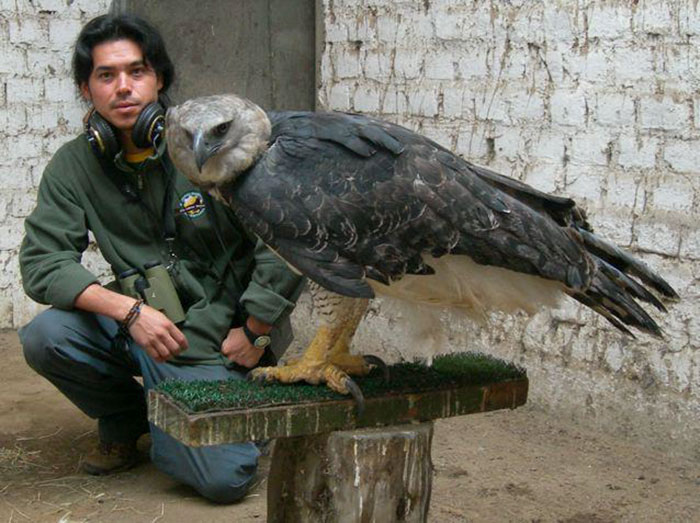 Harpy Eagles are one of the largest and most powerful of all types of eagles. These birds of prey can grow up to 42 inches long, with their wingspan reaching a record 7.5 feet. Harpy Eagles weigh up to 20 pounds, with females being up to twice as big as their mates. https://www.boredpanda.com/massive-bird-harpy-eagle/

This sidesteps giant flyer kerfuffle. These things are the right size to fly.

I really like the spade tail. These dragons would attack like peregrine falcons with a steep dive. At the end of the dive they pull up and the tail continues, striking the prey. This way the dragon does not have to withstand the shock of its impact with its entire body like a falcon does (and gets away with it because it is little). The spade tail is fine with the shock.

An antelope hit in the head with a 3 kg mass going 90 kph is toast. A hit anywhere else will disable it and the dragon can circle while it dies. Claws and jaws are for intraspecific combat and to ward off terrestrial mammalian scavengers; these outmass the dragon and might challenge it for its kill on the ground. Also sometimes the dragons eat so much they don't want to fly right away but they don't want to themselves become easy prey.

Truly, a lifestyle like this would be like shooting fish in a barrel. You would not need to be intelligent to kill an antelope or other large grassland grazer this way every few days. Intelligence would have to arise from competition with others of its own kind. And this (here is an answer to a frequently asked WB question!) is why dragons want gold. The ability to garner gold is the mark of a good mate, and you need to be smart to find, accumulate and keep gold.

I have to make a few assumptions about your Dragons. I am going to assume a western style, 6 limbed, flying animal here. I am also going to assume a pretty high level of intelligence. This is important for a beast this size to achieve Apex Predator status.

Let's start with size. The Dragon is not going to be really big. It would probably be the same general size of a coyote. It can't be too big, because it will need to be able to fly. We have seen in the fossil record some flyers that were about that large. If the body is much larger, the wingspan has to get even larger. I'm not an expert, but I think if you double the body mass, you have to square the wing size, so going much larger becomes impractical depending on environment. I'm thinking a forest and mountain dweller.

As for Claws and teeth, I think you need claws that are more efficient for ripping. Like a Deinonychus. These claws will be dual purpose for clinging to trees and rock faces as well as disemboweling prey. Teeth will obviously be for ripping. The spade like tail could also be prehensile.

Here is where we come to the most important weapon to make it an apex predator. It's brain. Give it Jurassic Park level raptor intelligence. It will not have the mass to take much larger prey with main strength, but even a Bison will go down if ambushed and hamstrung. Even solitary dragons could do that. make them pack hunters and you would have a very scary critter there.

Do you want your dragons to predate on elephants? Note Lions are top of the food chain in modern day africa, yet in packs an elephant is still a risky proposition.

How big could a dragon be? Well historically Pterosaurs are the largest flying animal to have evolved on earth. Estimates place their wing spans at 11m and weights between 200-250kg. Quetzalcoatlus

A point about flying animals on earth though, they are light. Pterosaurs and birds, though very distantly related, convergently evolved toothless beaks, hollow bones and lightweight coverings, hair and feathers respectively. Scale armour, even graphene reinforced, is going to erode your dragons capacity for flight. If it's still able to get airborne with armour, it's not going to be agile, nor will it fly for long as the energy cost of staying aloft will increase with every bit of mass you add.

As noted here additional limb growth hasn't occurred in evolutionary history on our earth, so a 6 limbed flying reptile is unlikely based on earth biology. It's also an additional mass with little advantage. Even tool use doesn't give a reasonable reason for additional limbs as Ravens have demonstrated tool use.

If dragons are intelligent and agile in the air, they could still be very difficult to kill with gunfire, depending on the technology level of the firearms in your world. Bullets bleed speed rapidly as they gain altitude, and they need speed to inflict damage. I'm thinking more low muzzle velocity weapons than the modern 50 cal. Would musket level firearm technology work in your setting? Muskets would also have the disadvantage of their terrible accuracy at range, making both hitting a dragon, then killing it very unlikely.

I'm thinking the baddest 'dragon' like thing incorporating your brief that's realistically possible is a Quetzalcoatlus / giraffe sized reptilian, two legs, two wings with a long hardened spade-tipped tail. As Willk proposed, a diving attack with that tail on pretty much anything smaller than an elephant is likely to kill it. With exceptional vision, they could potentially harass or hunt humans armed with single shot firearms, especially at night.

Let’s go back to dragon evolution. Most likely dragons evolved from lizards. Probably they started climbing trees, evolved to be able to glide, and then gained the capability of flight. So in that time, they probably didn’t grow much, in fact it’s possible that they shrank to have a larger wingspan to body ratio. Perhaps they hunt other flying creatures such as bats or flying snakes. If you want to go with the whole hunt with they’re tail, then most likely they have evolved a special harpoon at the end of the tail, and with dives from high altitude may be able to hunt and kill animals nearly twice their size. So maybe about the size of a Komodo dragon, possibly with a poisonous bite and with a deadly stinging tail.

Not the answer you're looking for? Browse other questions tagged science-based creature-design dragons or ask your own question.

3
Evolving another pair of limbs?
0
how reasonable is it for wyverns to evolve on earth?

18
Tactical Advantages to Dragons with Riders
7
What is the right size for a technologically advanced species?
67
Dealing With Dragonslayers
3
Facial expressions for dragons?
2
What kind of organs, anatomy or modifications are needed for my alpha creature to mind control its kin?
4
Increased flexibility for dragons?
25
Are dragons useless when there are guns?
3
Flight drag and the superior limit size for hexapod dragons?