Habitability of an icy volcano planet

Suppose we have a rocky planet (somewhere between Earth- and Super-Earth- sized) orbiting a star far enough away that it would be around Pluto's temperature if sunlight was the only heat source. If we give it a thick molten core and large amounts of volcanic activity that bring its surface temperature up to around -20°F, would it possible for humans (from Earth, not native) to live there without special gear, or would such volcanic activity render the air unbreathable? Are there any other ways significant volcanic activity would render a planet uninhabitable?

A thick molten core suggest very strongly that you are referring to a rocky planet. This also means that given standard theories on planetary formation, the composition of the mantle and crusts would also likely be earth-like. Further, we could infer that chemical composition from volcanic activity would likewise be similar. I will assume these conditions as accurate.

To make a difference of 200+ degrees from volcanic activity alone, volcanism would have to be extensive and profuse in the extreme. Given that earth's volcanoes are quite toxic, with hydrogen sulfide, sulfur dioxide as well as a number of other poisons in lesser concentration, the atmosphere would certainly be quite toxic to typical earth life. The large amounts of CO2 would also be toxic to animals.

To raise the temperature due to large greenhouse effect implies other problems. Either very thick atmospheres, large GHG concentrations in the atmosphere or a combination. A thick atmosphere has a problem -- high pressure alone will cause lung failure due to the extra pumping effort, though there would be other problems as well. High GHG concentrations from volcanism would also be toxic.

So, humans are not going to live on this planet under open-air conditions.

You can make a planet 200 degrees hotter than would be expected from the solar heat balance.

Supporting case - did not notice the hard-science tag originally

Just depending on volcanism for the additional heating, how much would you really need. Consider the earth energy balance Geothermal heat accounts for 47 TW of heat, whereas solar heating is 173,000 TW. As you stated, this alternate earth receives effectively no solar heating at 40 AU (Pluto's orbit) you only get 1/1600 fraction of the solar heating, i.e., 173,000 / 1600 = 108 TW.

Now, -20F is a good bit cooler than the earth, but if you ignore the natural greenhouse effect, the earth would actually about -18 C / 0 F. Hard to say would the greenhouse effect would be on your planet, but to be conservative, lets assume that it would also be about 60 F (unlikely since this is proportionally higher and the solar flux for Pluto is much lower). So, we are shooting for a natural black-body temperature due to solar heat balance of -80F.

So we reach the conclusion that the total geothermal heating will have to be 85,500 TW. This is over 1800 times that of our earth. The only reasonable assumption is that volcanism will be indeed be massive likely 1000+ times as much as on earth. There are several gases of serious concern coming from volcanoes. I would worry most about sulfur dioxide. SO2 is indeed toxic, but the real problem is that is usually converted to sulfuric acid that falls as rain. Soil PH would be total ruined with rain being 1000 times as acidic as ours. The large ash clouds and lava flows would also certainly be devastating. Read up on up super volcanoes and realize that these would be a common problem in this environment. The Toba catastrophe theory also makes interesting reading.

Even CO2 coming from a volcano can be toxic by the simple expedient of displacing oxygen.

To achieve this massive level inner core heat flow, the crust will necessarily be very thin. Earthquakes will be common and quite destructive. Earthquakes are not usually harmful if humans are living in a natural open-air environment. Collapsing buildings, bridges, pipelines, dams, industrial facilities are usually the cause of death and injuries in an earthquake. Given a temperature of -20 F, buildings will be necessary for habitation, greenhouses, etc. so earthquakes will be a survival factor too.

Note that the large volcanism effects make the greenhouse warming contribution essentially impossible to model -- at least without a great deal of effort. I think it is clear that the effects are so large that it is not necessary to know this in detail to know that we have a dead or at least extremely harsh living conditions on this volcanic earth.

No, because there wouldn't be enough plants.

Free oxygen doesn't tend to form naturally. O2 is a fairly high enthalpy molecule compared to various oxides, which is why things burn well in a high oxygen atmosphere. On Earth, billions of years of life have served to produce lots of oxygen by sequestering the carbon out of CO2 and into biomass. This oxygenation of the atmosphere would not have occurred without life to drive it. Atmospheric oxygen allowed for the evolution of aerobic organisms, a prime example of which is homo sapiens sapiens.

On a volcanic ice world, even if there are bands with survivable temperatures, there probably aren't many plants, or even large colonies of primitive photosynthesizers like cyanobacteria. Most of the world will be bitterly cold and the warmer bits (near the volcanoes) will be constantly hit by ash and lava flows. This would mean little to no oxygen, particularly as a volcanic world is likely to be quite young. Instead, you'd end up with lots of gasses like CO2 in the atmosphere, which are toxic to breathe in large quantities. (Plus, you'd suffocate without oxygen.)

I wonder how long such a planet would stay warm, before the internal heat was lost? OK, sounds plausible that a super-earth would retain significant heat, but the ground would be cold as significant heat is only lost via vulcanism. I suppose a super-caldera could provide an extended area over a mantle plume that's warmed to comfortable temperatures, but you still have no air.

How about an underground chamber on a grand scale, like a dome the size of a nation, warmed from below and holding air? 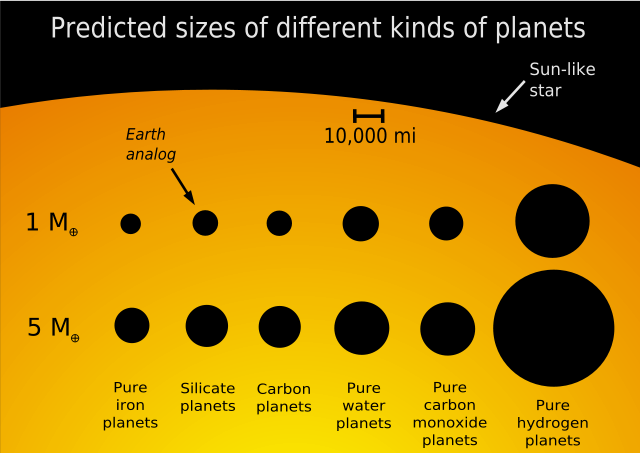 It could be a water-world, and a sea-sized sub-ice melt in the manner of Lake Vostok could be, say, a hundred miles down. Shore up the dome with carbon nanocomposite and remove the water, and have some mechanisms for regulating the heat buildup via venting through a bypass. Make it the size and shape of New Zealand.

The referenced article mentions undifferentiated interiors, which sounds very intriguing for a story as a nugget of water-ice could be in a matrix of stone, for example; but it doesn't make sense how that can be the case with mantle convection or (if not) melting.

Not the answer you're looking for? Browse other questions tagged planets hard-science habitability volcanoes or ask your own question.

3
Geothermal vents as main source of heat in atmosphere

8
Exoplanetary Review: Rock Storms
13
Liquid water on both sides of a tidally locked planet. Feasible?
2
Conditions for human life in a Jupiter-like system
1
Would it be possible to have three planets merge but still allow some life survive?
4
Lunar maria, always on the side facing the planet?
3
Terraforming an Earth-like Planet
6
Super earth habitability
31
Can there be plants on the dark side of a tidally locked world?