What would be the strongest "realistic" bow draw weight with ubertech?

I'm trying to help develop a "high tech" bow for a video game, to be used mostly by prestige soldiers with ubertech against low-tech industrial civilizations as a kind of a status game; their enemies would be mostly armed with pistols or bolt-action rifles. They're basically toying with their enemies; these prestige soldiers ride horses and wear armor, but their armor is capable of stopping a .303 rifle round and their genetically engineered cyborg horses wear similar armor from the front.

Trying to work around the obvious physical issues with bows, I'm trying to see if there is a sci-fi version of a compound bow that can be drawn with bionic arms to much higher draw weight than modern bows. And if so, would it allow for more competitive striking speeds for their projectiles(probably sabot rounds, not standard arrows)? Would there be a way to mechanically assist the pulleys on a compound so that they behave more like a crossbow?

Obviously your arrows would go faster. If you're asking how MUCH faster, you have to start by defining exactly how strong your soldiers are.

I'm going to challenge you on 'sabot' rounds, because that is NOT a useful technology for a bow. Sabots allow you to shoot a smaller projectile from a large combustion chamber. With a bow, all your force comes from the mass of the arrow, so making it lighter AFTER you shoot it absolutely counterproductive.

EDIT: Since you specified a +100lb draw weight in the comments, that gives us some additional context. For reference, a compound bow usually tops out at 70 or 80lbs and shoots of draw weight, and that's for a big guy. Modern hunting crossbows go up to over 200lbs.

Some quick google searches indicate that a modern hunting bow will shoot at 400gr arrow at around 300fps, where top end crossbows will go up as high as 420fps.

So basically your soldiers would be getting crossbow energies and velocities out of a bow that can be fired much more rapidly and accurately, and with better penetration versus armor.

If you wanted to, you could probably make your soldier twice that strong and go up to 400lb draw weights without stressing the limits of what even modern technology is capable of in terms of the construction of the bows and the projectiles. The velocity seems to have diminishing returns so it doesn't seem likely that you'll ever get close to firearm muzzle velocities, but 500fps with a beefy projectile is going to have some incredible penetration and lethality against anything human sized, even in body armor.

EDIT THE SECOND: As a tactical note, I'll point out a couple other advantages those bows will provide. First: A faster, heavier arrow will suffer less deflection from wind or anything else (foliage, etc) that might reduce accuracy at mid-range. More importantly, there's a HUGE tactical benefit in the fact that a bow is (relatively) silent, and has no muzzle flash. If your hunters are being at all sneaky, it's going to be VERY difficult to spot them when they're shooting, and by the time you figure out where they probably shot at you from, they're not there anymore.

A bow with a draw weight of 100 lbs is high but still doable for normal humans. It is thought that English Longbows had draw weights of 120 lbs, but for an archer to draw and fire such a bow with the speed and accuracy that the English displayed during the 100 years war took a lifetime of training and practice. Much more powerful bows existed during the same time period, including steel crossbows with draw weights of 1000 lbs, but these had to be spanned with a winch mechanism, and had slow rates of fire for obvious reasons. 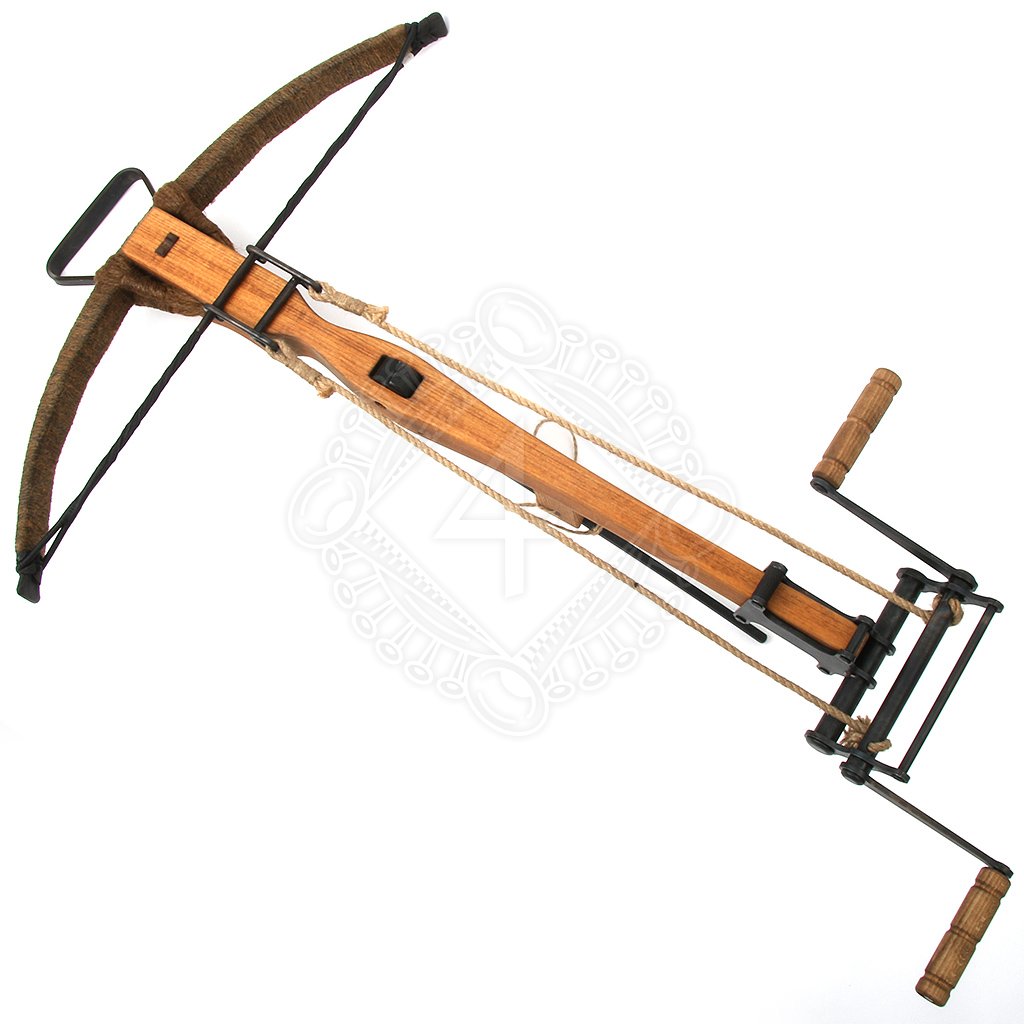 The real issue is the amount of energy an arrow can deliver. Archers with a great deal of training could loose flights of arrows at a rate of several per minute, but each arrow only delivered about 100 J of energy. Even a massive steel crossbow would put about 200 J of energy into every quarrel. An arquebus of about the same period could deliver a shot with 1000 J of energy, an order of magnitude greater and far beyond what was needed to penetrate most armour. Proofed sets of armour capable of withstanding such a shot were expensive and heavy. 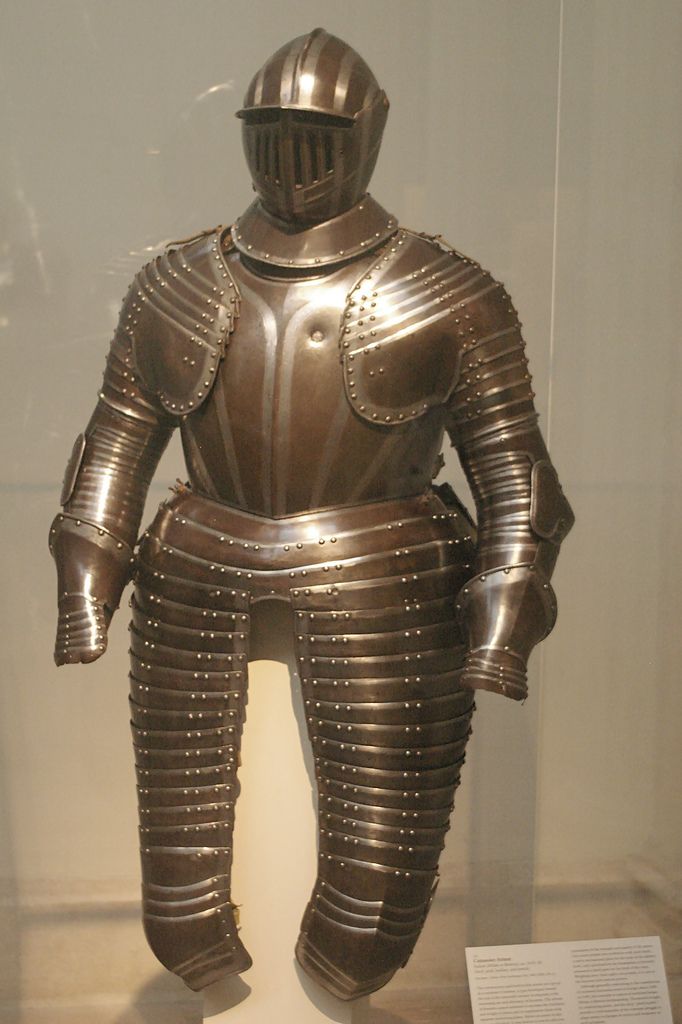 "Proofed" armour set. The maker deliberately fired a ball into the brestplate, proving to the buyer that it was capable of withstanding a shot

With today's technology, body armour has evolved to be able to deal even with rifle caliber bullets. A level IV set of body armour with plates can stop full power rifle rounds with many times the energy that any conceivable arrow can deliver, and even level III armour can stop intermediate rounds like 5.56 X 45 NATO or old Soviet 7.62 X 39 rounds. Arrows could still be useful against level I or II armour, which is mostly designed to stop shell and grenade fragments, as well as 9 mm pistol rounds. The main effect would be to use a "bodkin" arrowhead to pierce the woven Kevlar or Spectra shield material of the armour, since soft armour is less resistant to knife thrusts and similar attacks. Your setting already has both level IV armour and full power rounds (.303 from a bolt action rifle, capable of taking down a man sized target at almost 1000 m in the hands of a skilled rifleman). 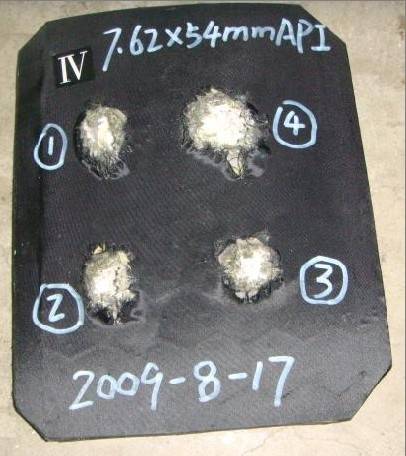 Level IV strike plate and the punishment it can take

So realistically, an archer on the modern battlefield will be more of an annoyance than anything else, and of course the enemy will be using much more powerful weapons against them. You can consider that snipers with .50 BMG rounds have successfully engaged targets at ranges from over a kilometer to the current world record of 3,540 m. 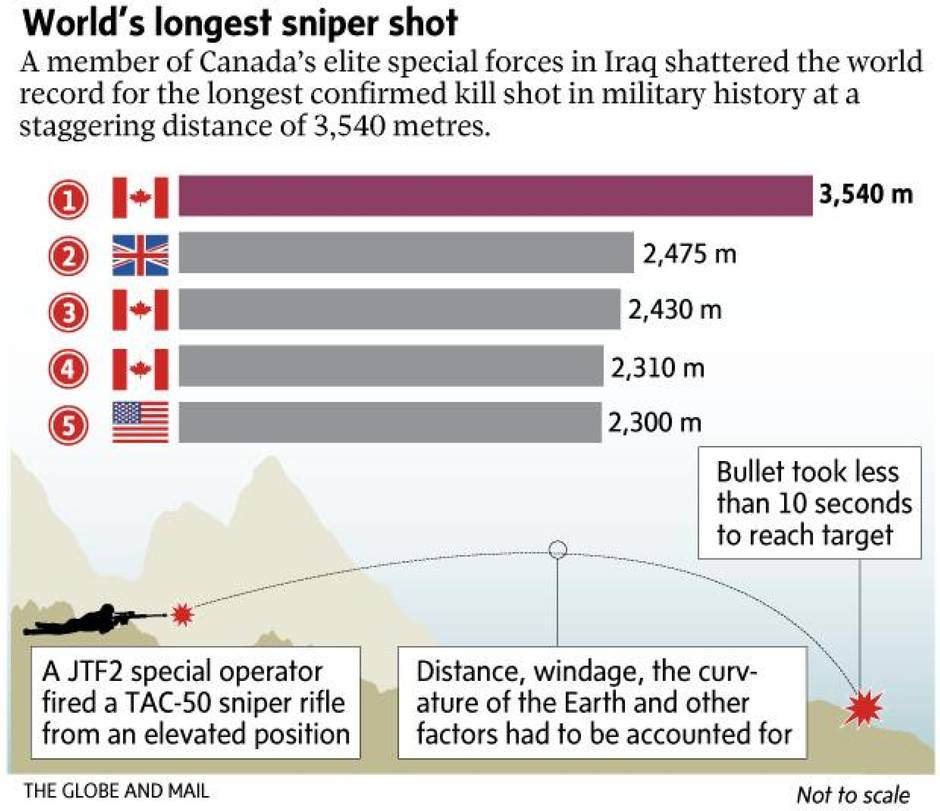 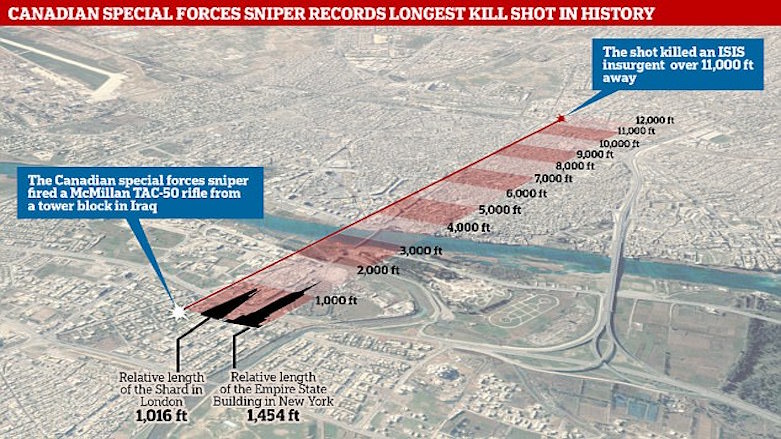 The shot in Imperial measurements. No bow will ever compete against that

So in any semi realistic game or setting, bows are obsolete for the most part after the 1400's, just as they were in the real world and for the reasons given.

Well, I'm not expert on archery and bows, but a while back I saw this article for a crossbow made of a leaf spring from an old truck that can impale a car door. Apparently if this article can be believed (I lost the link) it would have a 400 LB to 1000LB draw weight. Now while for a human this bow would be impossible, maybe you could use it for a longbow or crossbow design that can only be fired by cybernetically enhanced people. I'm not sure how much effectiveness this bow would have compared to normal bow, but I know it would definately fire much faster and farther than a normal bow, but it would have a slower draw than a normal bow as metal does not respond to stress as quickly.

Not the answer you're looking for? Browse other questions tagged science-fiction warfare weapons science-in-society kinetic-weapons or ask your own question.

12
Mermaid Land (and Sea?) Combat
2
Would reverse draw crossbow win Mohi?
38
Why would someone carry a traditional longbow instead of compound bow?
21
Would being hollow solve the weight problem of giant swords?
10
Knights vs elvish guerillas
33
What projectile weapon can replace a bow under the following circumstances?
22
Are the draw weights of 90# to 100# realistic for women archers?
4
How would draw weight, range, and power of a bow be affected by a magic bowstring?