How would a low-tech device be able to alert its user?

Some people in this world carry devices the size of a modern compass. Within is a very thin (like hair, but of lighter color) wire, which is normally straight but bends in the presence of certain dangers (more or less radioactivity).

NOTE: Somehow you can see the wire and its state day and night with the naked eye, so that's not the problem. The function is also not impaired by the devices rotation etc.

That's all fine and dandy, but how would they notice without paying close attention 24/7? I do not know a way of translating this very small movement to something which would alert a human, much less so when sleeping.

Are they doomed? Do they have to stare at the device (at least one of the group) all the time, or is there a low-tech-way to "amplify" the warning?

The general answer is that you want a trigger. You have a source of potential energy that is held at bay with a tremendous amount of mechanical advantage. When the trigger is moved out of the way, the potential energy is released.

You would probably need at least a double-layered trigger. You'd want a very fine trigger which responds to the hair's movements which merely releases the energy need to trip a second trigger. That second one empowers any number of devices which could be used to alert someone (literally too many to mention. Hand me a beer and I'll reel off 1,000 of them. You'll have to pay me $20 if you want 10,000).

The hard part is the part not stated in your question: how strong is this hair's movement? We can make mighty fine triggers, but as you start to approach the forces measured in small numbers of ounces, it gets harder to make the system work without accidentally going off if shaken. (For perspective, firearm triggers are on the range of 1 to 12 pounds of force. Too low and the gun may go off accidentally. Too high, and accuracy theoretically suffers).

One trick you could do to solve this is to leverage chemistry. You could find a pair of compounds that react (such as baking soda and vinegar), put one on the hair and one to the side so that they touch if the hair curls. You can use this reaction as a "trigger," and use it to fuel the larger trigger to cause someone to awaken.

This low tech alarm that lights up the room on triggering. It is in the British Museum. 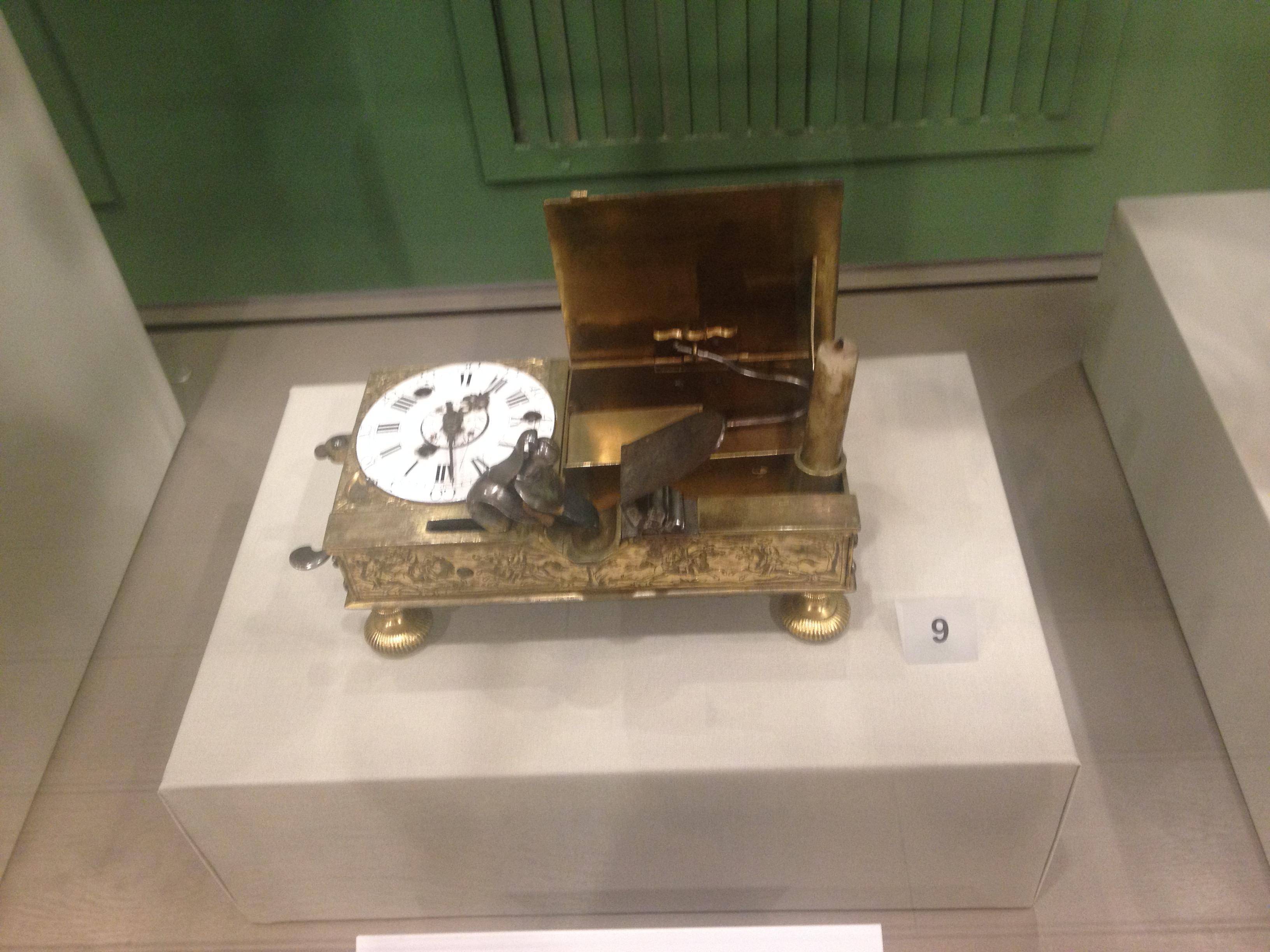 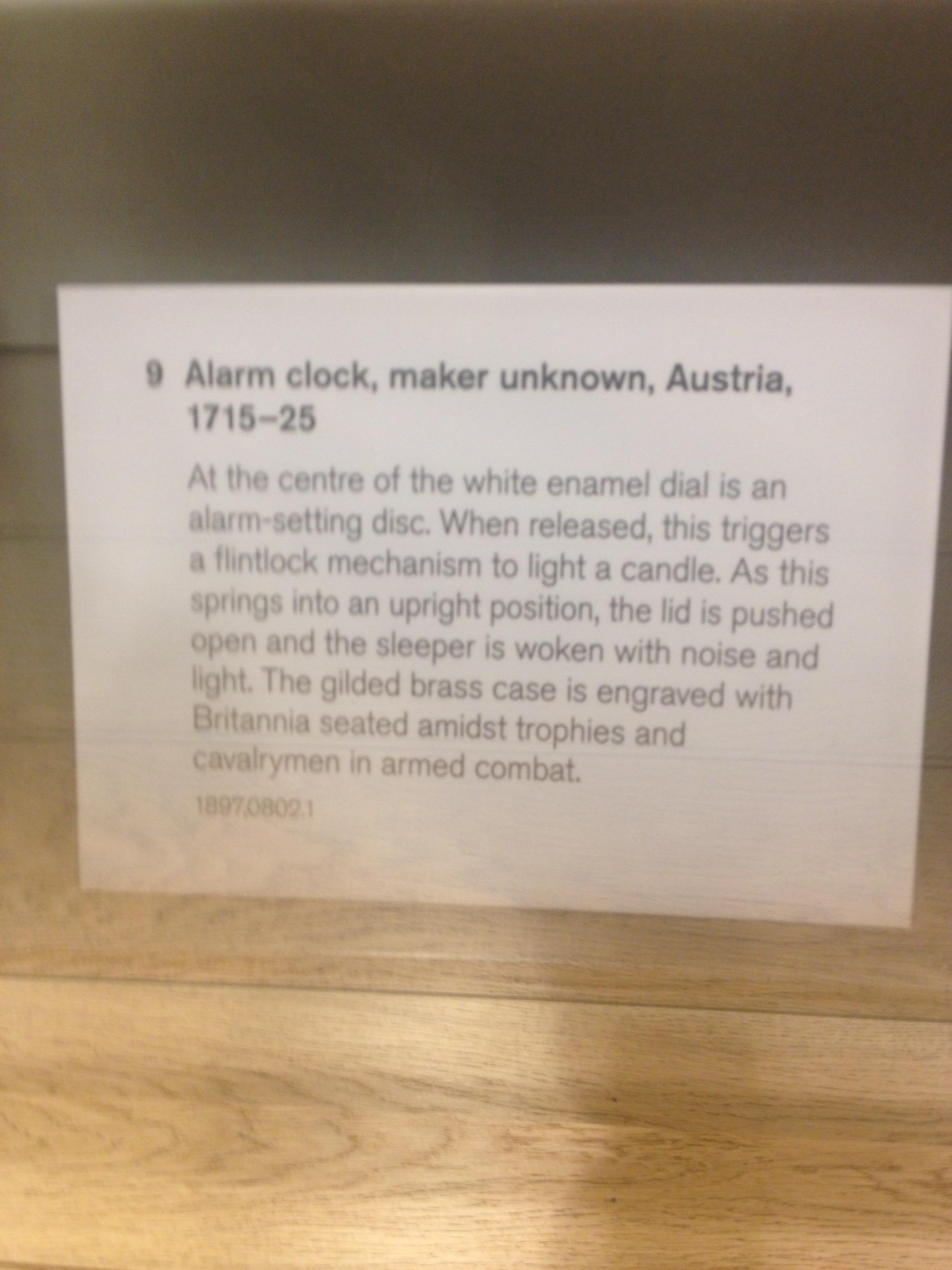 When the target time is reached, or your wire bends, a trigger causes a flint-lock mechanism to light some gunpowder. A candle initially has its wick in the gunpowder, but a clockwork mechanism lifts it up with enough delay to allow it to light.

That gives both an audible alarm (the bang when the flint hits the striker and the gunpowder lights) and a light from the candle.

With a bit of low-tech surgery, you attach the thin wire to the skull of a canary, such that when the wire bends, it pokes the canary in the eye. Removal of the eyelids is probably necessary.

Alternatively, you might be able to attach this rig to a Venus Fly-Trap, but they don't make as much noise when they get poked. Still, it might be enough for the first stage of a multi-part trigger.

If you are not worried about actual timekeeping pocket watch mechanisms are not that hard to make so it is easily with available technology. The romans could build this device without issue. 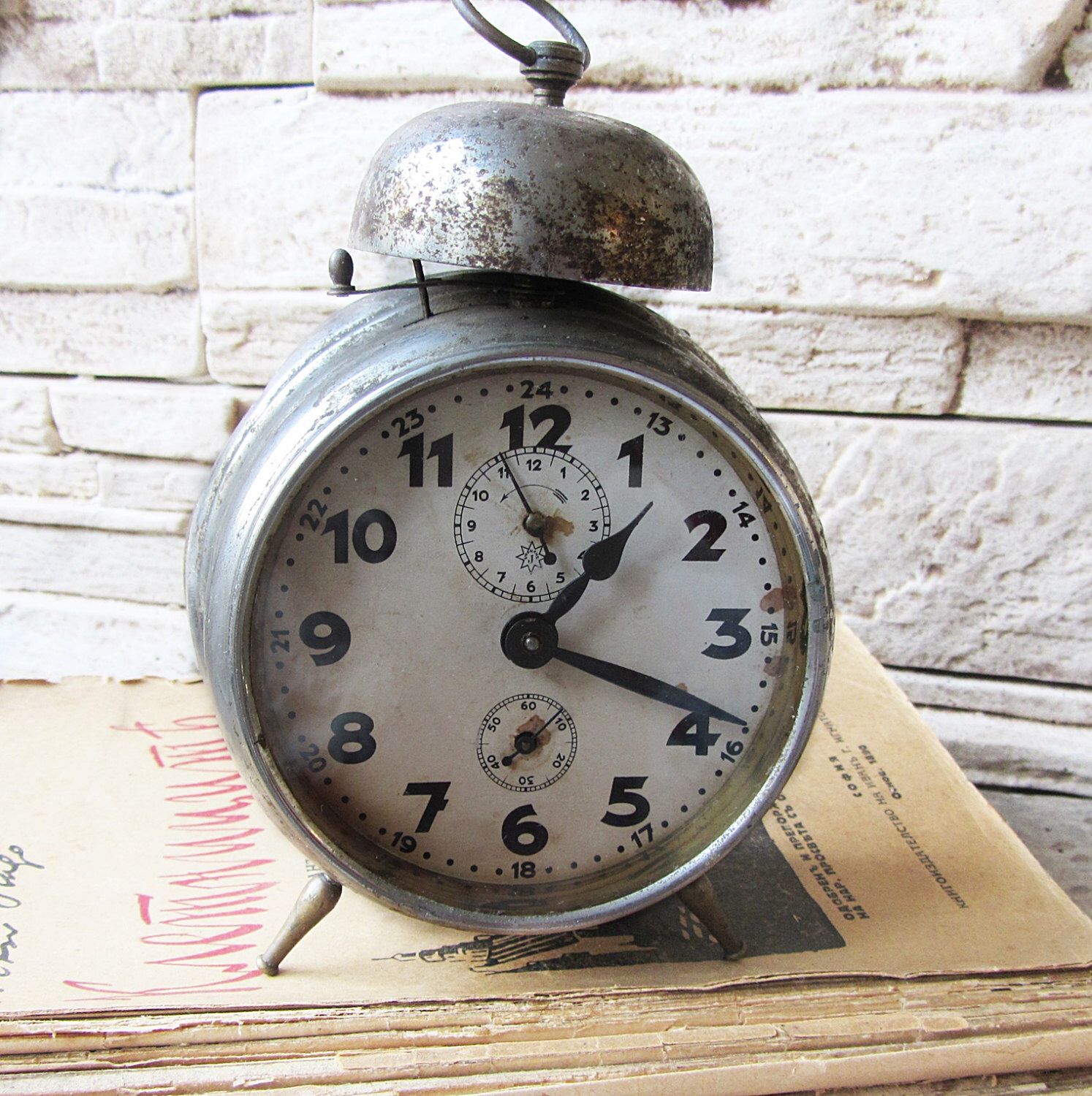 4
Yet another low-tech device alert

5
Background for hi-tech in low tech
24
How would a user interact with a direct neural interface?
11
Low-tech inertial dampener options
15
How to improve manorial living with modern low-tech innovations?
0
How would a device that can send text messages into the past function?
0
Figuring out how a smart device works
7
How to build the largest possible zeppelin with ancient tech?
4
Yet another low-tech device alert