Visible light from the brain

I'm building a magic system where magic isn't just controlled by human brains, but is actively produced there. As a byproduct, when casting a spell, the brain generates a large quantity of visible light (but not infrared light or heat). I don't know much anatomy, but I would imagine that, since human skin, eyes, and muscle tissue are all translucent to varying extents, it might be possible for people looking at the mage to see this light. It would mostly emanate from their eyes and nose, where their skull isn't in the way.

My question is: is this really how it would look if enough light was produced by the brain? And if so, what would be the health effects (i.e. could the person still see? Would brain damage be inevitable with repeated exposure?) Or would an intensity strong enough to see from outside the skull be guaranteed to fry the brain or something?

Note that while the light in this question is magical in origin, I don't want to have any arbitrary additional magic that protects the brain or rest of the body. Just accept that the person's brain is glowing (don't worry about where the energy is coming from), and use regular physics and biology from there.

Transillumination of body tissues is a thing. Thin tissues work best: if you close your eyes while facing a bright light, you can discern the shadow of you hand as you pass it back and forth before your face.

Certain (minimally invasive) surgical procedures rely on the phenomenon in order to determine if an instrument is placed properly. You are correct that eye sockets and nose will shine brightest: a reddish~yellowish glow. Depending on how bright the brain's dwimmerlight is, you may also find a glow from the forehead and perhaps mouth as well. 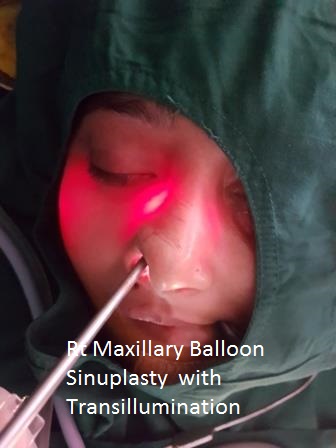 As for your add-on questions, the light shouldn't affect the brain itself, as there is not heat generated (beyond, I suppose, the heat generated by ordinary thaumo-metabolic processes). Since this is visible but non-IR light, your mages will be able to see it. The vision receptor cells in the retina are physically stimulated by light photons, so there's no real getting around that. It only becomes a question of how bright you want the light to be, which if powerful enough could cause temporary or even permanent damage. Just like any bright light source.

Even though the dwimmerlight itself doesn't produce heat, it's been pointed out that as it's absorbed (in tissues), some will indeed be converted to heat. I think it would be wise for a busy wizard to have a bit of a lie down in a cool place every hour or so of heavy spellcasting! His circulatory system should be able to handle a low amount of heat transfer, but too much will be injurious.

That's simply the price of magic in your world!

Human tissue, other than parts of the eye, is not transparent.

Assuming for arguments sake, the light is generated at the center of the brain, to keeps things simple. As the photons travel outward, some percentage will be absorbed by neurons. When this happens the temperature of the neuron increases by a small amount. If a neuron absorbs enough photons, then its temperature will increase enough to thermally activate. The neuron will fire and transmit its signal to other neurons is it connected to.

This is all happening randomly. If a small number of neurons fire the brain function can be compromised, temporarily. This could be anything from a grand-mal seizure to remembering what you had for breakfast 42 years ago.

Since the brain is mostly fat and protein, if neurons absorb enough heat, they’ll coagulate and that circuit of the brain will be compromised. If that is your memory of third grade, then its gone. If its a motor neuron control a muscle used for breathing, the you’ll experience a reduced ability to inhale and exhale. Not fatal, if its only one motor neuron, but after some number are destroyed you are dead — this is what dying from ALS or Lou Gehrig’s disease is like.

I think light can leak out through penetrations in the skull — so the eyes might light up (and this would interfere with seeing to some, the ears, and maybe the throat through the penetration at the bottom of the skull for the spinal cord.

Generally, our skulls are pretty much opaque and our thickest parts of our skull are facing forward and the back of our skulls.

Congratulations, it's a wizard.

Yes, the skull is mostly a closed bone box -- in adults.

Babies have 'soft spots' -- fontanelles -- in their skulls, where the plates haven't quite closed up yet.

If you've got glowing human brains, early infancy would be a good time to evaluate their luminary potential.

So some people shone some incandescent lights into the heads of dead people to see what gave. Turns out that the translucency of skull bones among people spans six orders of magnitude. In other words, one subject was a million times more translucent in the head than another subject. Some people simply have very thick skulls.

But truth be told, there you have it, some skulls might shine like a reflector whereas others might go unnoticed - from the top. You still have a hole in the bones between the brain and the eyes, where the optic nerve passes through. 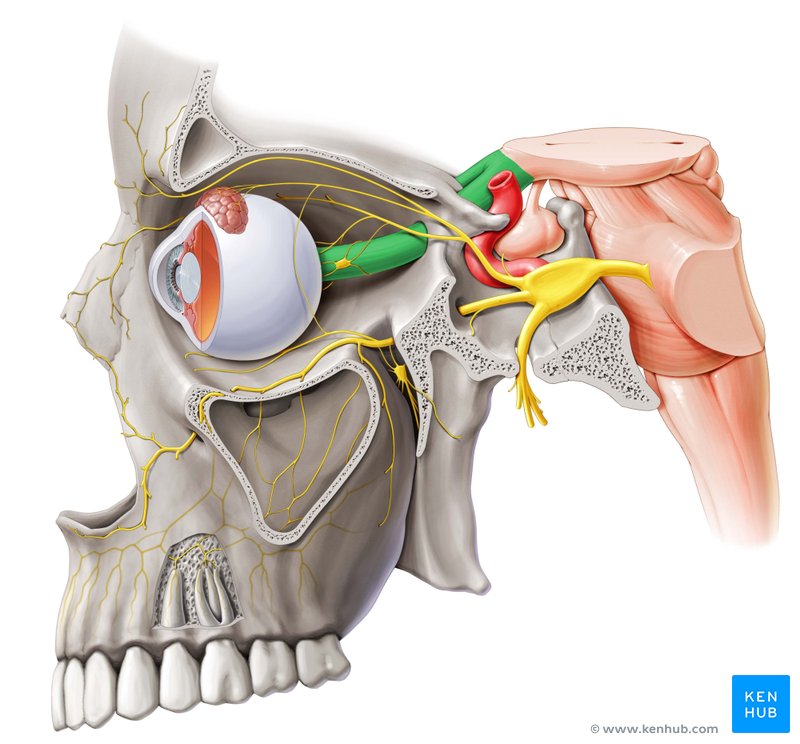 Practically every tissue in the body is orders of magnitude more translucent than bones. Any mage with even a slightly perceivable shine on their heads would shine a blinding light from their eye sockets. And you know what is in there? The retina.

Casting any spell will blind the mage and possibly blind anyone looking at their eyes. And this is more probably permanent for the mage.

Who knows? This may have been the actual reason behind Laser Pony's accident.

Not the answer you're looking for? Browse other questions tagged reality-check magic anatomy light .

9
Designing a battery to store light
9
What could hard light be?
15
Could an organism see in infrared light as well as normal light, using its brain to process what it sees into a single image?
18
What would be the effect of magic ultraviolet rocks on developing societies?
6
Vision on Titan/Early Earth and the technicalities of a creature seeing in near infrared
5
Determining the energy efficiency of a Light Wand
4
How would organisms adapt to survive darkness beasts? [expansion to my old question]
10
Anatomically Correct Color-Adjustable Eye
7
Would spontaneous electron excitation be biologically dangerous?