Can a giant mushroom be used as a material to build watercraft or sailing ships?

The basis for this question is the selected answer for Plausibility of Mushroom Buildings. Prototaxites and braket fungus are the likely candidates but I want to know if this type of fungis can float on water or not, so that it can be used to build a ship.

My question is not restricted to that fungus, it is just generally about the possibility to build ship with giant mushrooms. If simple giant mushrooms can do it and can be hard enough to withstand ocean waves, impacts and other nautical challenges in order to be viable as a ship then it's good enough.

Feel free to suggest new solutions or alternatives from any fungal or fungal-like organic material if prototaxites and braket fungus is not suitable to build ships with, as long its not the obvious trees and metals as materials.

Ships can be built out of teak, a wood that doesn’t float. So whether the fungus floats is not important.

It does need to have a measure of rigidity and strength to be used for constructing a hull or mast. I can’t see any info on the material strength of this extinct fungi. But, most fungi when dried become porous. I imagine it could be soaked in resin or a mixture of tar and pitch and that would make it kind of stiff and hard. Then it could be used for some type of watercraft or ship, depending on its strength.

Rigid but moderately strong materials could used for rivers and coastal crafts. And, for limited applications, it could be used for seawater craft. I liken the type of material to balsa wood. The explorer Thor Heyerdahl built his vessel out of balsa and sailed from South America to Polynesia. 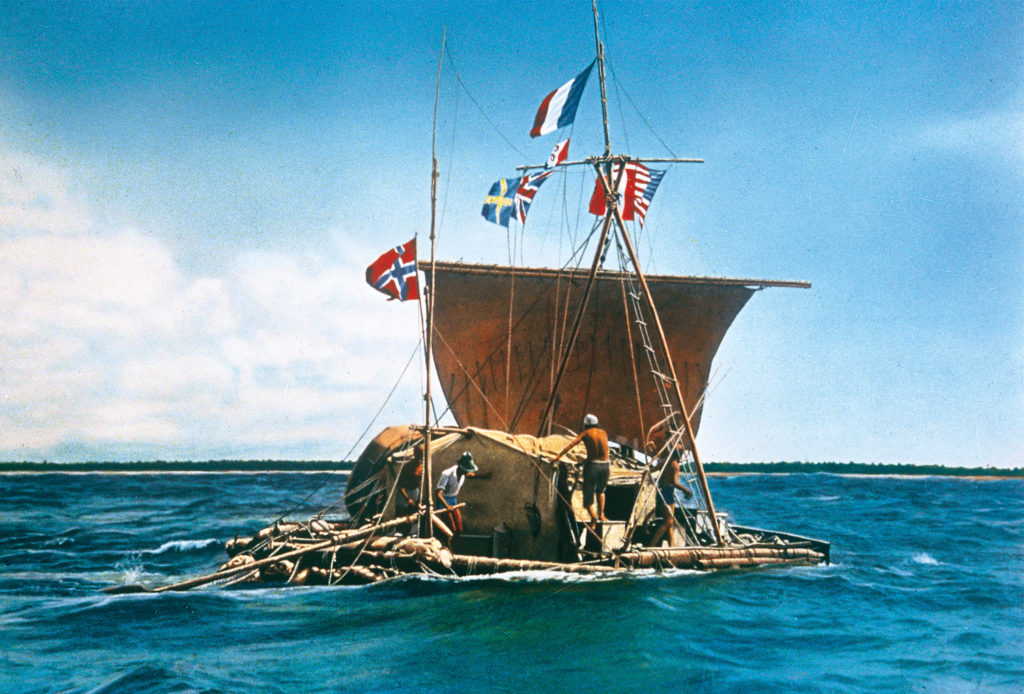 Ships float because the volume of water they displace is heavier than them. In a sense, the ship and its contents as a whole are less dense than water, even if the ship's structure is made of something denser than water. In layman terms, a ship's hull may be heavy, but it is hollow and the things filling it up (including air) are in average lighter than water.

That is not all, the hull needs a proper shape to make the most of the water pushing it upwards. I won't get into hydrodynamics here though.

Your hull must be strong enough to:

We will probably never know the structural properties of prototaxites because they are extinct. But there is a company called The Living that is making bricks out of mycelium (the structural stuff of fungi): 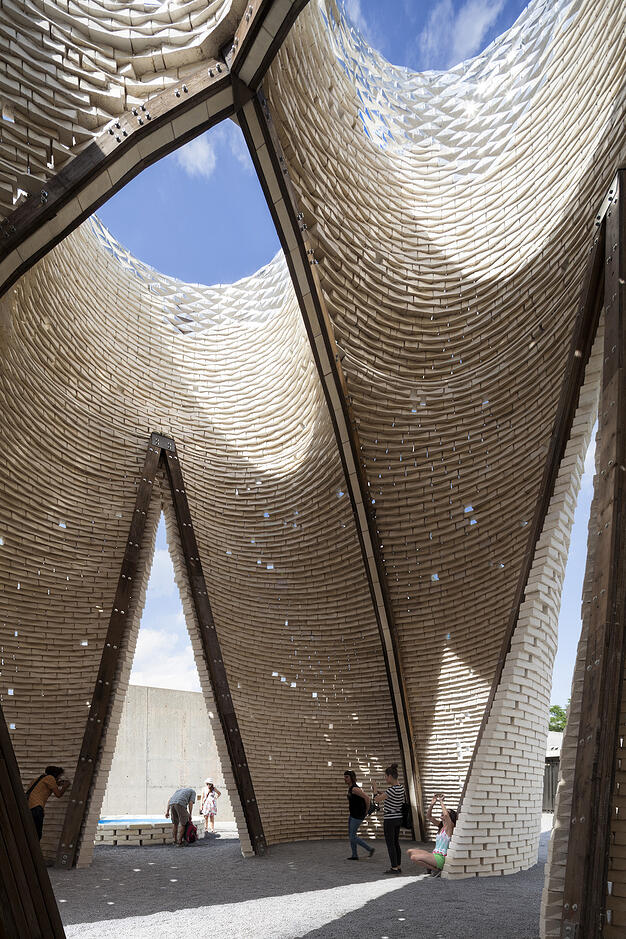 If bioengineering can be used to make bricks, I don't see why it could not be used to make hull boards. We just have to tweak with the mycelium's structural properties until its tenacity, hardness, strength and maleability are close to that of wood.

In fact, if we ever manage that, fungal boats might become a thing. Fungi can be made to grow into arbitrary shapes much more easily than plants. They also feed on practically anything that has once been alive and don't require sunlight. Who knows, they might be cheaper and better than wood if we ever developed the technology.

Not the answer you're looking for? Browse other questions tagged science-based reality-check flora or ask your own question.

8
Semiliquid atmosphere - Is my premise/conclusions correct; and will it get the result I want?
2
Can lasers be used to drill holes or build tunnels?
4
How Can I Get Giant Trees on Venus?
2
What material could be used for walls on giant futuristic cities?
8
What do mushroom-corals use to build their skeletons?
1
Is there any other material that can be used to make tires?
14
Can a Prototaxite be used for a wood equivalent?
9
Can biological material be magnetic?
3
Could a tree build its bark out of Starlite-like material?