How could someone mutate other animals?

There is currently a character I am working on that has the ability to mutate other animals (i.e. make them bigger, tougher, stronger, armoured skin) over a long span of time (Say, 4-5 years). The animals still need to consume enough food to justify the increase in mass. The animals aren't specifically bred to be larger, stronger etc., but are made so by the abilities of the character - they start off as a regular cat, or whatever.

I was thinking that the character somehow implants DNA in the animals, but is there a better way to achieve this? Thanks in advance.

The basis behind all modern computing lies in bits. A specific bit can have one of two states: on and off, or 1 and 0, but not both.

We haven't figured this out yet, but the abstract idea is that there's a lot of room between on and off, or 1 and 0. We enable the use of all of these middle states and can improve computing power as well as memory capacity at once. Again, have we yet? No, most qubit-using computers (qubits are the quantum version of bits) are very expensive.

From wikipedia: CRISPR gene editing is a method by which the genomes of living organisms may be edited. It is based on a simplified version of the bacterial CRISPR/Cas antiviral defense system.

The power your character has is to basically initiate CRISPR-style gene editing on a cat or something and manipulate it. If we take the supposedly simple idea of the cat being big or small, we realize that there's a lot of room in between. So, your character imagines the specific features of this cat that need to be bigger as well as the features that don't need to change. This is done by the character using their power to apply CRISPR gene editing on every cell of the animal's body using the elements and compounds found within the animal itself. Notice, I said all because if we only manipulated some, they could be seen as foreign cells by the cat and eliminated by the pre-existing body as if they were a problem, which is not what you want. How does the character have this power? I have no idea, but I feel like that's another question to answer.

Edit: I realized I forgot to mention something else. Since basic quantum computing is arguably simpler than changing the DNA in every cell in a person's body simultaneously, and because we still don't have a solution to quantum computing, this allows for a character to slowly build these skills over time, but with horrifying consequences. In my mind at least, you can't go a 'little wrong' with this kind of power. Either you did what you had in mind, or you accidentally turned what used to be a cat into a mess of organic material.

Four or five years is enough time for the vast majority of animals to grow into adults. Even those bigger and more massive than us - lions become adults at age three, and tigers at three for females and four for males.

You'd think that large animals would mature slower than humans, but elephants and sperm whales are adults at around age twenty. Taking their size into account and comparing with us, I think it's a trait of primates to age slowly (chimps and gorillas are adult at 15).

So if you've got four or five years to make a beast, my suggestion is to drop the mutation idea and do what mankind has been doing for millennia in order to get GMO monsters: 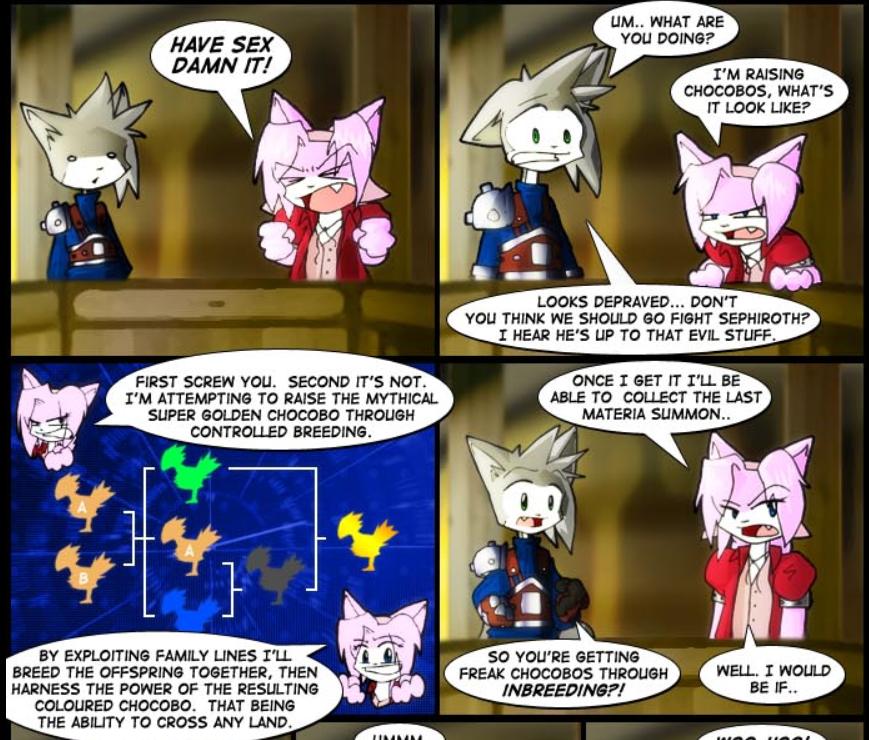 And it works! There is this planet called Australia where such technique led to the rise of Knickers, an ox so big that there is no slaughterhouse properly equipped to deal with him. 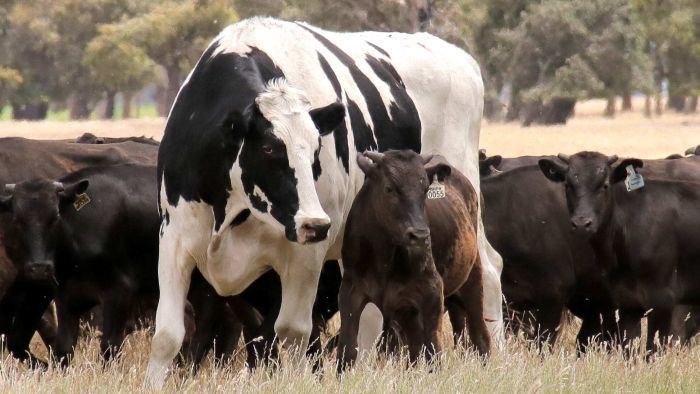 If incest isn't your kink, then you can try interspecies breeding. Sure, the resulting monsters will be sterile so you're unlikely to be able to collapse ecosystems with them. But if you are willing to look past that, take the liger as an example. That's the crossing of a lion and a tiger. They are simply huge: 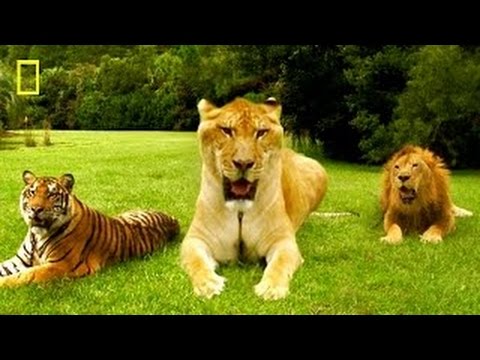 Unfortunately those guys are docile as pandas, but you may try other species. Perhaps a pinscher with a wolf would give you the necessary aggression, and then you may keep trying until you get a wolf-sized beast.

I have two ideas:

"Each cell expresses, or turns on, only a fraction of its genes. The rest of the genes are repressed, or turned off. The process of turning genes on and off is known as gene regulation. Gene regulation is an important part of normal development. Genes are turned on and off in different patterns during development to make a brain cell look and act different from a liver cell or a muscle cell, for example. Gene regulation also allows cells to react quickly to changes in their environments. Although we know that the regulation of genes is critical for life, this complex process is not yet fully understood."

Some people get born with little tails; we have the strangest genes in our DNA that is simply not turned on. All this, so when a change happens hopefully someone will have a mutation that fits. If you can change the DNA code and change the cells, you can change a lot of things. You are, however, limited to whatever is in the DNA. This could make otherwise very ordinary animals be extremely valuable if, for example, their DNA has a rare and useful component.

(You could actually also use a mix of the two: You could copy the DNA code in other universes.)

Not the answer you're looking for? Browse other questions tagged reality-check science-fiction super-powers or ask your own question.

26
Can every animal eat most other animals?
22
Physical correctness of trolls with high regeneration ability
6
How can someone be immortal and still age?
0
What would happen if someone could remotely manipulate atoms?
8
With as much scientific accuracy as possible, how would chemicals injected in one's body be removed?
8
How could lower gravity give someone "the strength of ten men"?
5
Correct Handling Of Alien Invasion's Afteraffects
1
How would someone talk to animals (without technology or magic)