What would make bones be of different colors?

I am currently working in a "fantasy" world without any kind of magic and I thought of a race with different skeleton color (blackish in particular but I want to know in general). I am not well versed in biology but may I guess the white in our bones is from the calcium phosphate that forms them?

So, is there any other component that could realisticly (to a certain extent) form an skeleton of different color? In particular black/grey. Maybe there is a way of getting pigmented bones by adding other component to the mix?

Hope I made myself clear as I could not find any information related to this topic in these forums nor other. I would love to keep my world as realistic as possible.

Thanks in advance for your answers!

Like bones, which are made of calcium phosphate, seashells are made from a calcium compound, calcium carbonate. Calcium cabonate is white, like bone, and yet many mussels build colorful shells. In fact, some mussels are black: 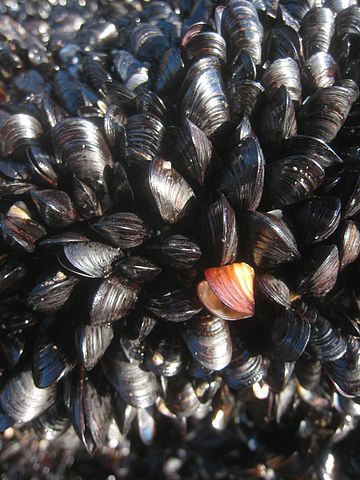 The colors in sheashells comes from pigments. So the bones in your story contain black pigment.

The evolutionary purpose of the black chemial might be that it:

In order to get another colour, you have two choices:

You could try something like herderite, which is calcium beryllium phosphate. It can be greenish or yellowish or clearish. I make no guarantees about the primary world biological validity of such a substitution, because a) handwavium and b) fantasy world necessities and all. You'll have to do some homework on your own, but I think this will give you a possible line of research! I'll only note that most metal phosphates seem to be whitish or have muted colours. You may need another additive to get black bones. 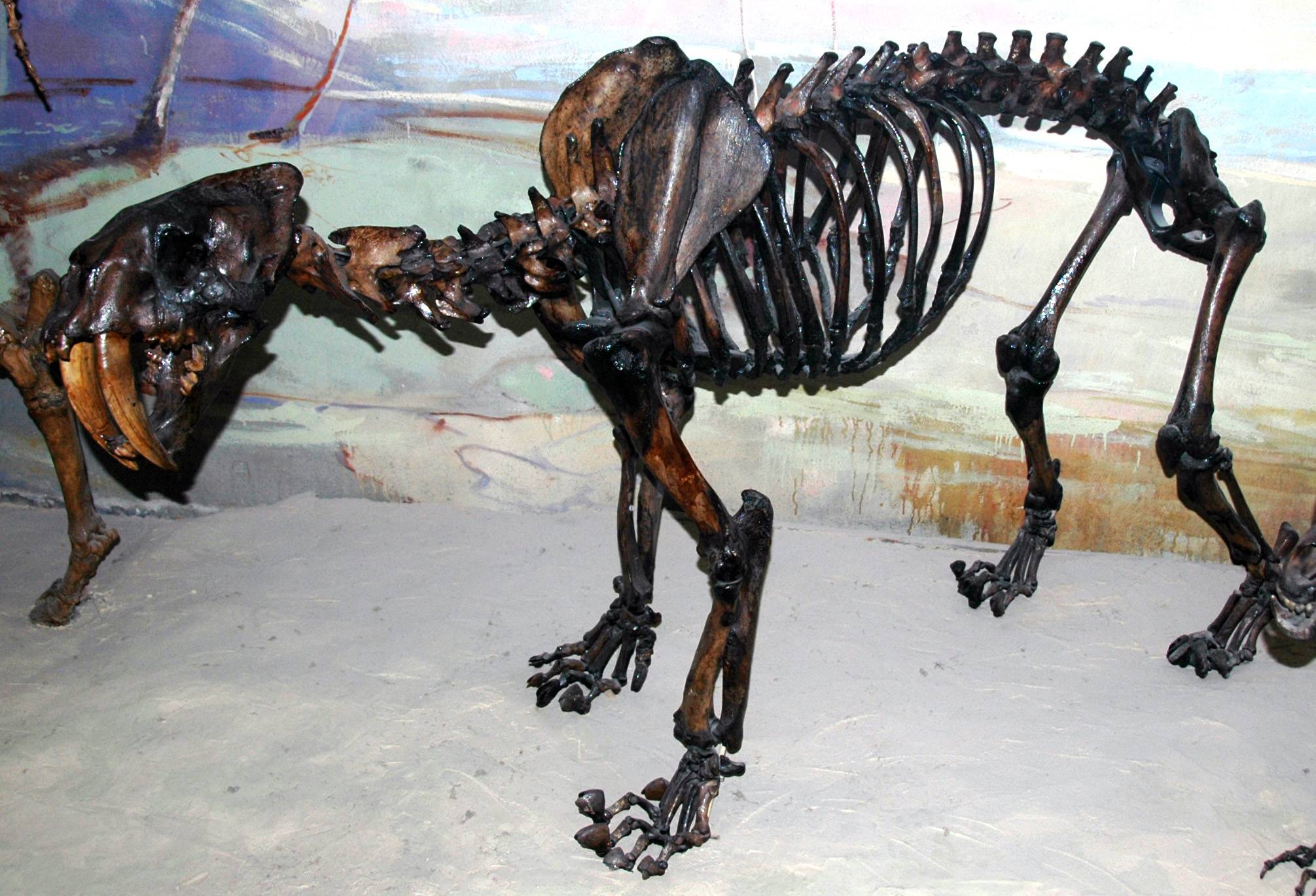 The bones retrieved from the La Brea tar pits are stained an impressive greasy black. That is from sitting in the tar after they died. If your creatures had circulating tar-like substances in their blood from their food supply, their bones might be stained black in life.
Asphaltenes is the catchall for these persistent gooey hydrocarbons as they occur in tar pits and elsewhere.

Asphaltenes consist primarily of carbon, hydrogen, nitrogen, oxygen, and sulfur, as well as trace amounts of vanadium and nickel... Asphaltenes are defined operationally as the n-heptane insoluble, toluene soluble component of a carbonaceous material such as crude oil, bitumen, or coal. Asphaltenes have been shown to have a distribution of molecular masses in the range of 400 u to 1500 u, but the average and maximum values are difficult to determine due to aggregation of the molecules in solution. The molecular structure of asphaltenes is difficult to determine because the molecules tend to stick together in solution. These materials are extremely complex mixtures containing hundreds or even thousands of individual chemical species.

I could imagine circulating globs of asphaltene might contribute to accelerated blood clotting, or serve an immunogenic role in sticking to and inactivating parasites. Imagine a mosquito drying to drink blood containing this tenacious goo.

In addition to black bones, your creatures would smell like tar and have thick black blood. If you heated it enough, once you boiled off the water the residual asphaltenes would burn and probably produce a lot of dirty brown smoke.

Not the answer you're looking for? Browse other questions tagged science-based reality-check biology bones unusual-color or ask your own question.

15
How to Strengthen Bones
17
How can I explain alien skin being different colors?
29
Can a planet harbor plants of different colors without one pigment outcompeting the others?
8
Would carbon fiber be a good choice to strengthen human bones, and how would that work?
13
What minerals that are more durable than calcium would be suitable for bones?
10
What metals other than calcium can be used to create alien bones that won't also engender a human-toxic environment?
2
UTH Ceramic Bones/Exoskeleton?
9
Bones for bigger creatures