What trajectory would an interstellar asteroid move in if a super creature jumped off it? [closed]

The recent interstellar asteroid Oumuamua is the inspiration for this question. 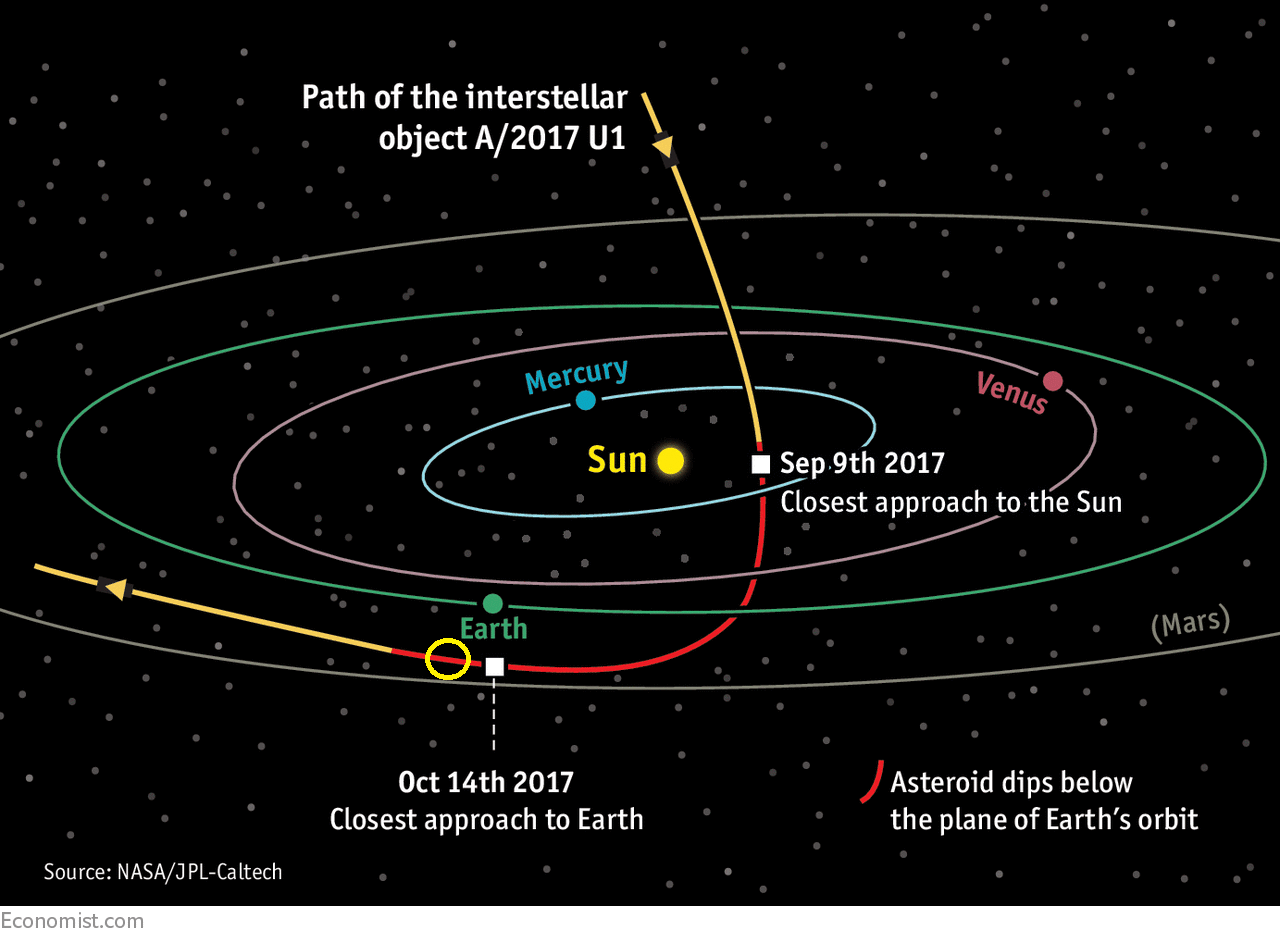 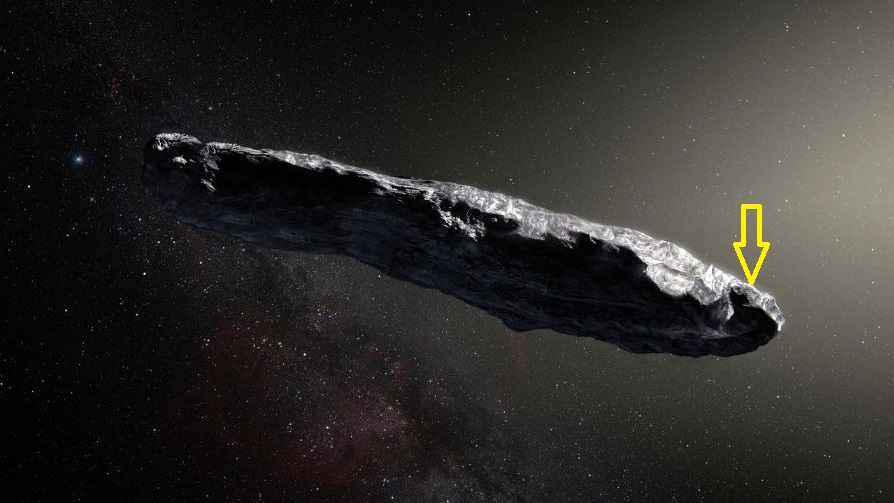 if a humanoid creature that had all the abilities to survive in space had hitched a ride on this asteroid and chose to jump off with enough power to reach earth at a high speed, what trajectory would the asteroid move in after the kick back force of the jump?

I want it to jump off with the asteroid in a similar position as the picture above (even though it was tumbling this suits the scene I want) but I want it to be at around 30 degree angle and the creature will be at the lower right end (see arrow) which would be facing earth, which could put the asteroid into a back spin when it jumps?

The asteroid will be between the point it was closest to earth and before it enters earths plane of orbit (yellow circle), preferably as close to earth as possible but not directly below earth because I want the view as it closes in to be of a well developed highly populated area of the world (haven't decided which yet but probably japan) and not a view of antartica and surrounding area.

so if a creature jumped off the asteroid with the conditions given how would this impact the trajectory of the asteroid, if any impact at all?

The creatures mass is that of an average human, I believe the asteroid was moving at around 49.67 km/s as it was under earth which was 41,317,365 km away. I may just use this figures and forget the scenic landing from another jump point, I am struggling with how fast the creature should get there as if it is fast that would make it ridiculously powerful and also will drastically affect what happens the asteroid.

I’d assume your humanoid has not enough mass and not enough muscles and energy to play a big role at all. On top of it some of the energy will be transferred into angular velocity. So even if it alters the asteroid course just so slightly it very likely will be not be enough to come back ever again as it is with the flying joint.

We are talking here 26km/s in reference to the sun and like several hundred-thousand kg ...to make a difference to. https://en.m.wikipedia.org/wiki/ʻOumuamua

The angular momentum might be another thing as you deliberately choose such nice jumping spot ..but again we are talking about a lot of mass here so my guess is that the induced rotation will be slow.

But here is the main question/problem

The kinetic energy to accelerate to 41km/s is with 80kg human flesh is just 67 million kJ ... that not close to an atom bomb by a factor of 1000 but still a lot, but certainly not feasible.

In comparison 67GJ is equivalent to roughly 16 tons TNT what is maybe like 1/3 of the FOAB with 44 t TNT and quite close to MOAB with 11 t TNT.

Not the answer you're looking for? Browse other questions tagged physics hard-science astrophysics or ask your own question.

12
Is it possible to make a logically consistent set of laws that produces physics similar to that in superhero comics?
5
Asteroid flux or: How to make a planet perfect for mining
4
Airborne Hotels - Stabilizing and steering a Cloud Nine tensegrity sphere
6
Help me Explain this Alien's Traits
16
How quickly can I form a mountain chain?
17
Could this Very Specific Dragon Fly?
48
How would you know your floating island was losing altitude?
15
How could an animal run fast using blade-like feet that sink into spongy ground?
4
How much heat would a 1km asteroid release into earth's atmosphere?