How would aquatic aliens create technology? ( Think late 90's style, and by that, I mean: Phones, metallurgy, electricity, public transportation (think trains), books (and ink that would not just dissolve in water), oven and stoves, (maybe even a tv like thing?), even the building themselves). Suppose that they have no access to land whats so ever, and that the water that they live in is not really water, but a liquid that can with no problem at all, have sufficient amount of oxygen to sustain hot-blooded mammalian creatures through reasonable sized gills, and the planet is mainly made of shallow (around under 150 meters deep) oceans, and very little of it is a desert.

Your aquatic species could develop any level of technology we Telurians (People of Earth) have developed using the same processes we've developed but they might have different motivations.

How they interact with their world will determine the form of their technologies. Do they have two arms or twenty? Do they have fingers or suckers? 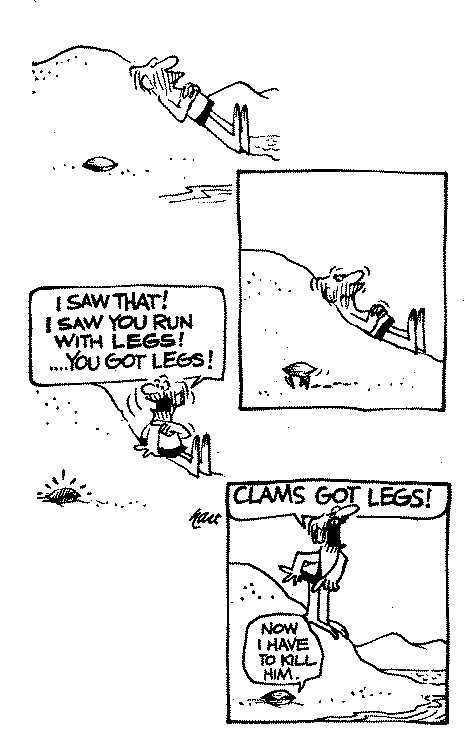 Once they've learned to fight and survive and have time to start questioning why coral is like coral, they can begin to explore the concepts we know as chemistry, physics, and mathematics. Once intelligence and sapient creatures start on that path, there is no turning back since more and more of the world starts making sense, at least until some nabob invents economics and messes everything up for a while. But, that is a different discussion.

Once minds start trying to figure out the world around them using science, they then can figure out to make things they need or want to make their lives longer, safer, healthier, etc. Given their world, they may find ways to create biological solutions were we Telurians depend on physics-based solutions. But, once they have a need, they can find a solution whether how to make electricity or how to melt and purify silicon.

The long and the short of it, pretty soon you have Facebook and StackExchange and sneakers.

Human technology began with fire. Once we learned to make fire, we learned how to melt and shape metal. Chemistry, too, stems mainly from fire; heating and burning things to figure out what they were made of.

An aquatic species is going to have a hard time going this route, but they have an advantage that land-dwellers lack - the richness of undersea life. Aquatic organisms are far less restricted morphologically than terrestrial ones, and many of them have exotic chemistry and hard shells, both of which could prove potentially useful to a budding sapient species.

Instead of forging metal weapons, an aquatic species may grow them by domesticating creatures like snails and clams, and breeding them to produce shells in the shapes that are needed, ranging from sharp speartips and knives to shovels, bowls, and armor.

There is a species of sea snail that actually incorporates iron into its shell (it lives near deep-sea vents and eats iron sulfide, chemically separating the iron and using it for protection). If a similar species could be domesticated and bred, this could produce more advanced tools.

As the species grows more advanced, it could begin exploring the various different poisons and other chemicals produced by species in its environment, and by studying how they interact it could develop theories of chemistry without the use of fire.

This could lead to a more advanced understanding of physics and ultimately produce technology not unlike our own, although it is likely that they would be far more inclined to use biotech rather than metallurgy, since they'd be building off of thousands of years of experience working with living things.

Not the answer you're looking for? Browse other questions tagged science-based technological-development sea-creatures or ask your own question.

48
Could underwater living organism create technology?
10
How could an underwater civilization develop fire?

38
An underwater creature that could take down a boat
7
What WWII technology could make a smart, underwater mine?
49
Why would an underwater creature remain lodged to its prey?
14
Is a four armed arboreal reptile as described viable?
1
Post apocalyptic science based story
4
Underwater communication on land and beyond
6
what the aquatic creature need in order to live or survive in my acid water?
9
How could formamide lakes form on an exoplanet?
8
How would underwater weaponry and technology look under high pressure?
1
How would aquatic life adapt to the oceans becoming highly corrosive?