The Apollo-era A7L Extravehicular Mobility Units were used for less than eight hours at a time, within a few days, with a maximum of three moonwalks per mission.

Assume a fictional moonbase with 1960s-era technology, with some reason to have frequent surface activity. What are the limits on suit maintenance, and which ones could be overcome easily with a few kilograms more suit weight?

The PLSS had silver-zinc batteries, yet I believe that the batteries were exchanged rather than recharged. Are there reasons not to recharge them on Luna? Or am I mixing battery technologies?

I'm reasonably certain that these were the non-rechargeable type, and rechargeable variants didn't exist back then. There weren't many rechargeable battery technologies available at all... possible only lead acid (heavy, though that's less on an issue on the moon) and ni-cads, which were a bit rubbish. Your moon base would presumably have to use one of these.

You could always use tethers for most work, and a more substantial power source like a fuel cell on a buggy.

The PLSS also had lithium hydroxide CO2 scrubbers. Would a regenerative system have been possible at the time?

Possibly, but the chemistry required to get your lithium hydride back isn't terribly difficult so it could be recycled. This may be simpler than trying to use other rebreather technologies, certain in the era you're considering.

Could the coolant water have been recovered?

Probably, but the coolant system does have a limited lifespan, I do believe. I'm not sure how practical cleaning and refurbishing it is, nor do I know if there was a reasonable alternative available Obviously one was never engineered, because EVAs in earth orbit can get fresh kit easily enough, but that's not to say that it was impossible and maybe some investigation of old-school manned mars mission plans might bear fruit. NASA are working on a replacement for the current version of the cooling system for longer term usability.

And the one where I'm really stumped, what would regolith do to the fabrics and seals? Could they be dusted off easily, or would a few use cycles start abrasion.

Moon dust ruins everything. Seriously. This stuff might be the thing that renders your moonbase (or mars bases, for that matter) impractical and unsustainable. The stuff is sharp, hard and chemically reactive. It'll abrade fabric and degrade seals and it is toxic to boot. You'll get loads of problems with static. I'll bet it absolutely won't just dust off easily, and even if it does it'll hang around to ruin other things including your health.

I think there's some recent research done on ways to overcome this (using double-shell spacesuits, and sintering dust around your base to reduce exposure risks, for example) but I don't know how far back this research went (and I can't find relevant NASA papers right now, but I'm sure they'll pop up soon enough). I seem to recall there was some relevant research back in the day, but I can't seem to find the right search terms for a useful answer. In any case, this is clearly the major issue, as you've already spotted.

dhinson919 kindly supplied a link to The Effects of Lunar Dust on EVA Systems During the Apollo Missions, over 60 pages of Bad Things and complaints associated with moon dust, including a load of relevant quotes from the astronauts themselves. Particularly relevant:

Pete Conrad’s suit, which was tight before the first EVA, developed a leak rate of 0.15 psi/min after it, and rose to 0.25 psi/min after the second EVA. Since the safety limit was set at 0.30 psi/min, it is doubtful whether a third EVA could have been performed, had it been scheduled.

TL;DR: the stuff got everywhere, it was very hard to remove, attempts to reduce abrasion damage were apparently partially successful but issues with seals remains and only the limited number of EVAs and short duration of the trips made this acceptable. This seems like absolutely the number one issue you're faced with. It isn't at all clear to me how capable 1960s technology was at ameliorating these sorts of issues.

Could the body waste subsystems be laundered?

Would you even need them? Just pop back to base and poop on an actual toilet. Luxury undreamed of for the Apollo peeps.

I have some professional interest in the subject in a general way, not specifically to pressure suits. I'm a nuclear safety analyst.

Knowing the reliability of equipment depends, in part, on a long service life with reports of failures, and analysis of the failure mechanism. That is, it needs statistics. The longest anybody spent on the moon was, what, about 3 days? Hard to get meaningful operating experience data from that. At least relating to reliability. This was barely enough to get feedback on how well the things fit and allowed people to work.

To get this sort of information you would want to take 50 or so volunteers and put them through their paces until you got the first indications of failure. Not an actual failure, but some indication such as abrasion, leaky seals, loss of temperature control, or some such. Then bring in all 50 and go over their suits carefully and in detail. Then do this a bunch of times. This would allow you to determine the most common failure modes.

Then you would modify the suits to fix those modes, and put out 50 more volunteers. And you would repeat this process until you got some acceptable life expectancy from the suits. Say, 2000 hours of use with appropriate maintenance.

I don't know if any of the suits were put in storage. I seem to recall they were all custom to the individual astronaut, though I have no citation for that. A few at least are in museums, but not in working order. I also seem to recall that later space missions such as Shuttle and ISS had very different pressure suits, again with no citation. So there may be no data, or very little data, on how long these things lasted if kept on the shelf.

Estimating the useful life of stored equipment is a complicated thing, especially absent data. It depends on estimates of life expectancy of individual components in expected storage conditions. But it is very often difficult to predict interactions. Maybe that pliable ring in the air tight joint has plasticizers in it that will out-gas and screw up the fabric of the sleeve. Or corrode the metal in the joint. Or fog the visor on the helmet. Sometimes components have not got life expectancy information, especially if they are very new technology. How long will the batteries in a cell phone last if you let them sit uncharged on a shelf at normal room temperature? That's a tough question.

With 1960 era technology, you are probably looking at the cutting edge as far as space suits and moon suits are concerned. Rechargeable battery technology was in its infancy, materials science had no previous experience with regolith when designing seals and material for the outer shell, and most of the other issues were being solved essentially from scratch.

A few possibilities which were under investigation at the time (presumably for the long term moon base projects and Mars missions being contemplated during the Apollo era) included such things as "hard" suits which were made out of metal rather than fabric. 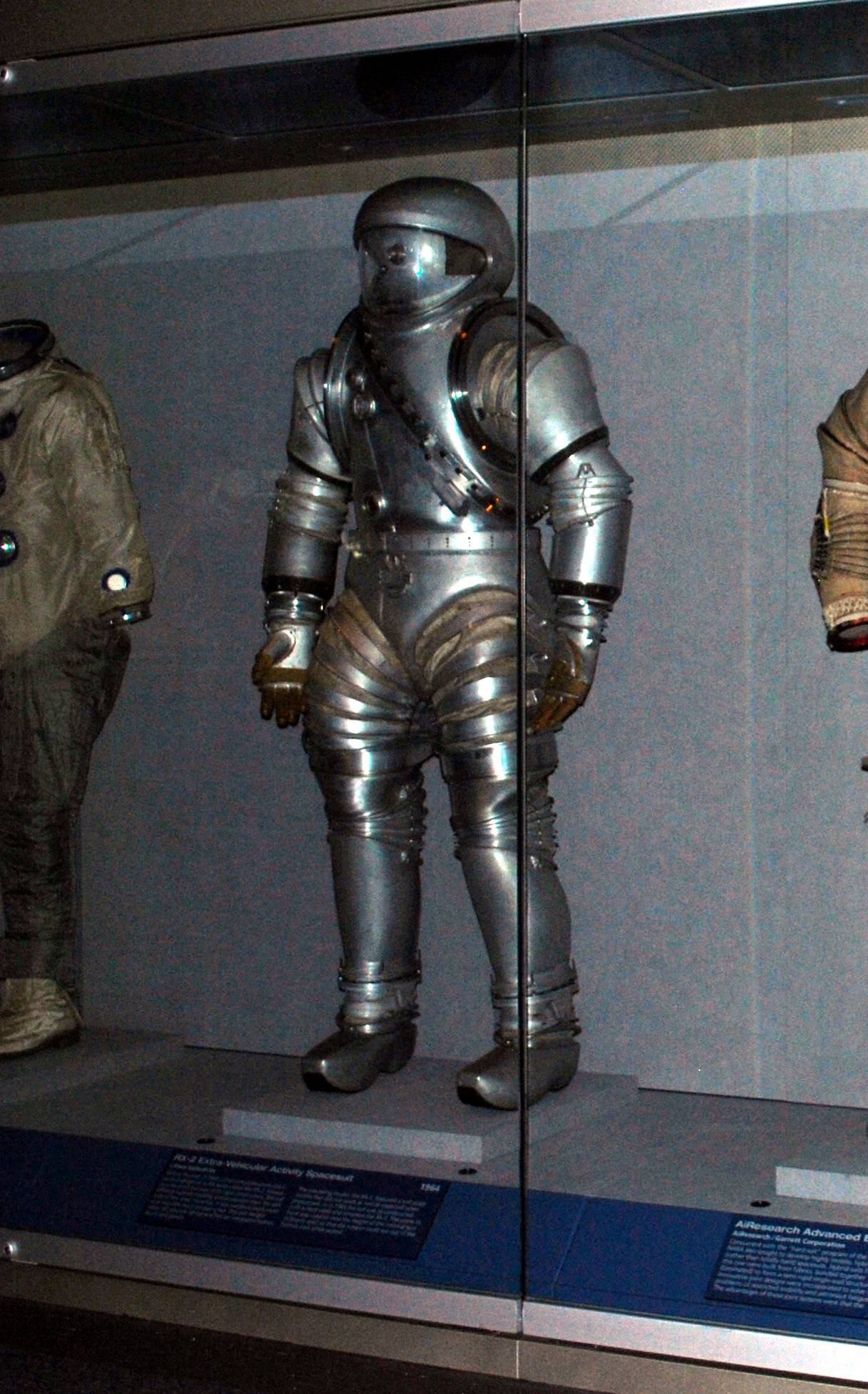 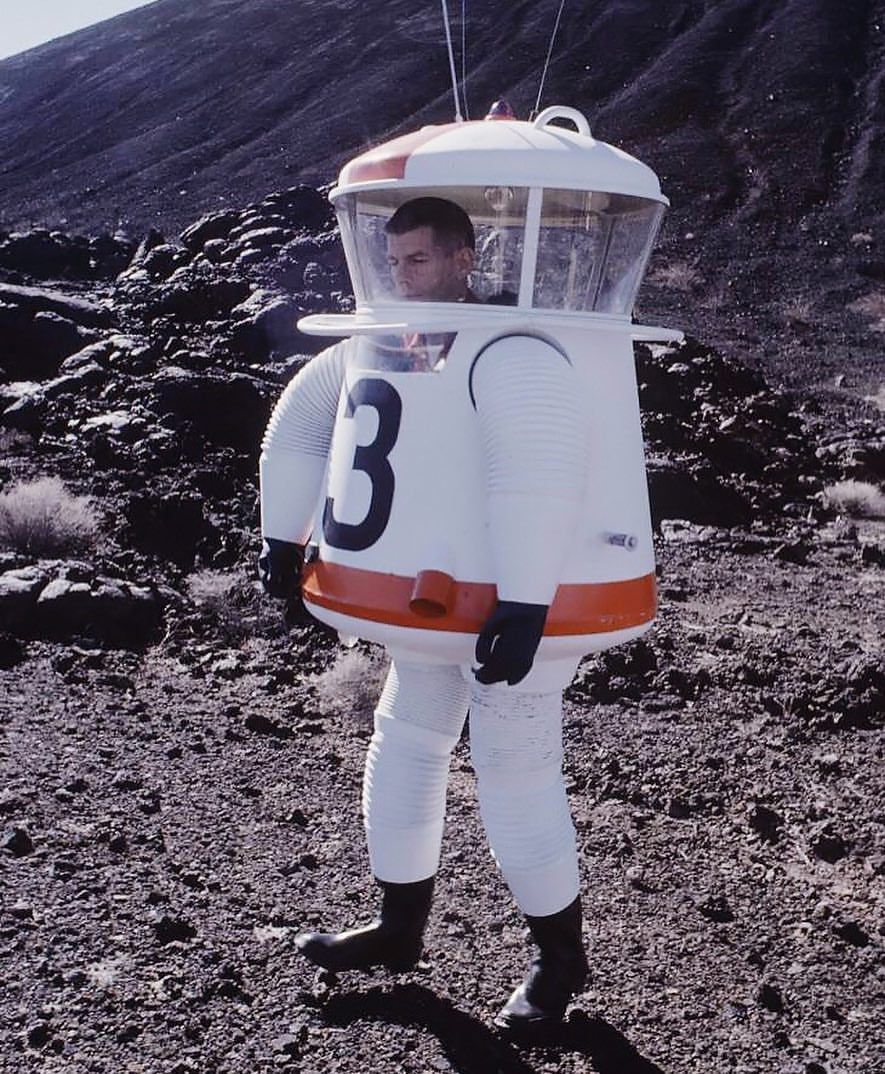 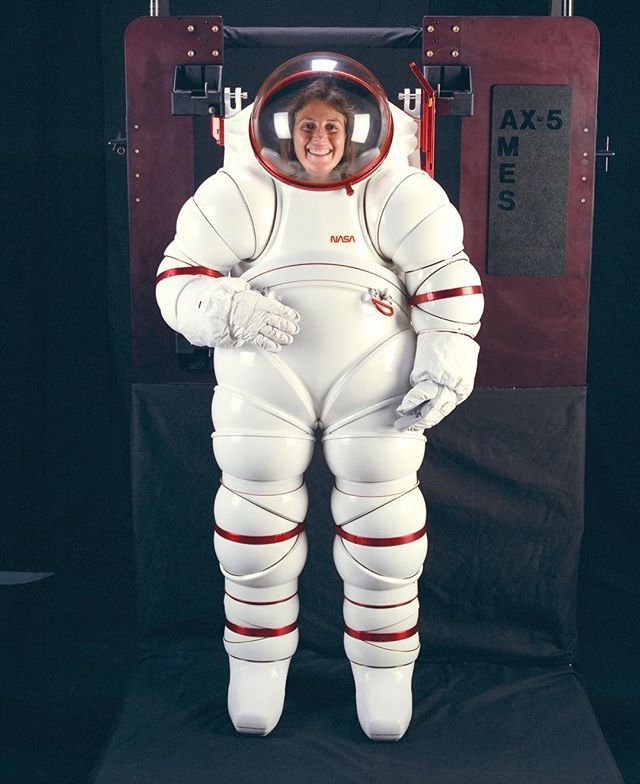 Fuel cell technology was well understood and reliable, future hard suits may have used miniature fuel cells rather than batteries for the main power supply. PEM fuel cells have the added advantage of creating water as the byproduct, so waste water from the fuel cell could possibly be used to top up the cooling system in an integrated design.

With more experience, I suspect that any sort of lunar spacesuit might end up being fitted with a disposable overall type outer cover. It would be discarded in the airlock so the astronauts would not bring in regolith or moon dust into the shelter, and a fresh coverall would be fitted before entering the airlock for a moonwalk.

The issue with this question is we are essentially looking at the problem from the future (we already have some understanding of the issue). We are also in a very different environment. Engineers in the 1950's and 60's generally had no issues in slapping together prototypes and trying things out for real, rather than today's environment where PowerPoint slides, computer modeling and endless layers of review are needed to get anything done.

From a realistic point of view, the next generations of long duration Moon Suits would probably be similar tot he AX series of hard suits, and over the 1970's, as more experience was gained, evolutionary changes would have been made to the internal systems, and upgraded suits or replacement parts would be sent to the Moonbase. The only really major change I could see to what was already being proposed and worked on would be a sacrificial coverall to protect the systems from moon dust. 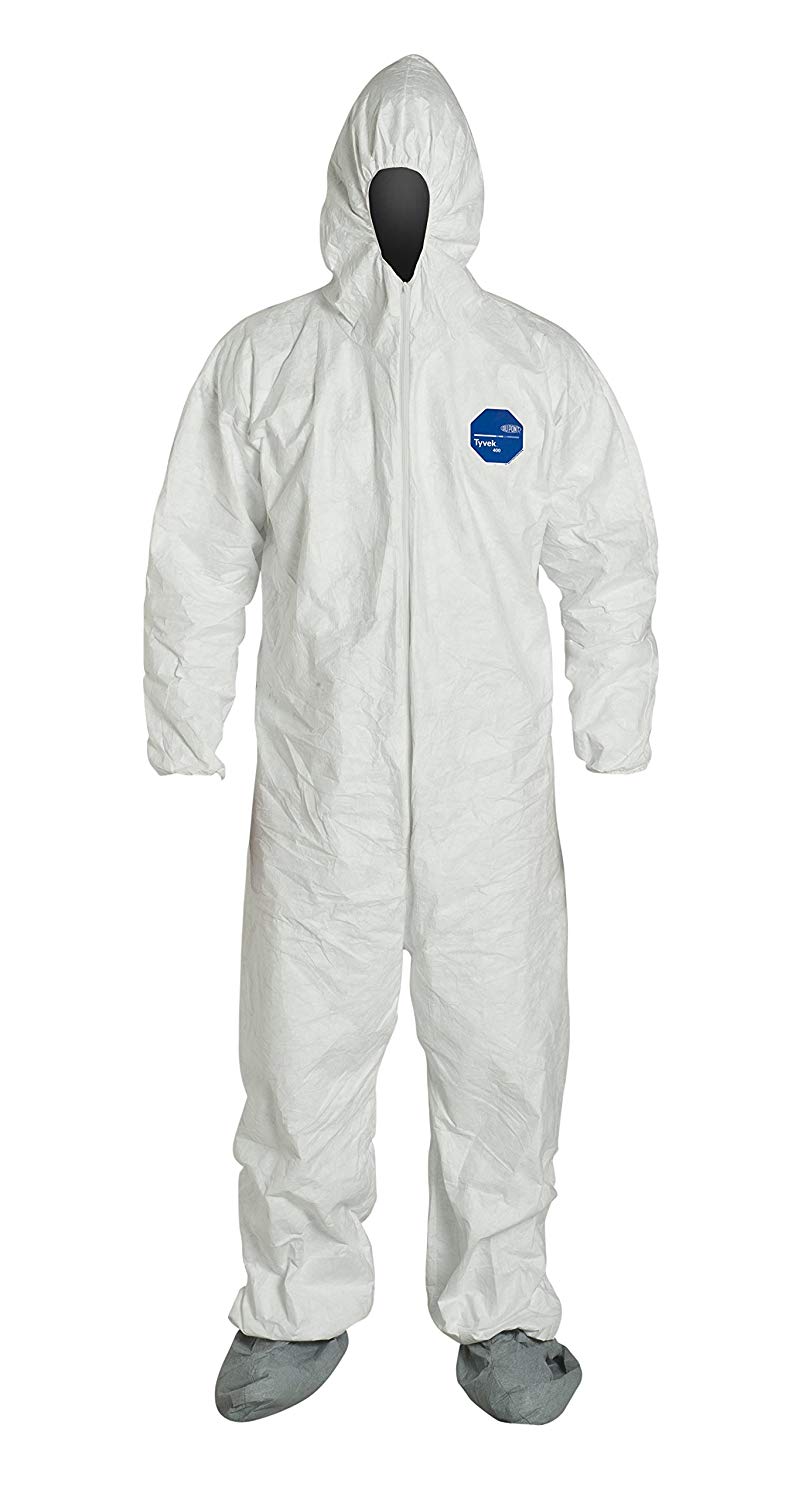 Tyvek coverall. A sacrificial coverall would look like this pulled over the spacesuit

Not the answer you're looking for? Browse other questions tagged reality-check space alternate-history or ask your own question.

1
Breathe in space, with or without a suit?
14
Get/Keep Air on the Moon!
1
Challenges in maintaining a thalassocracy
4
First feasible time to colonize the moon
5
Minimal counter pressure space suit, 10 minutes survival time
4
A sentient “eusocial” swarm and maintaining communication
14
Maintaining realism while having giant insects?
2
Maintaining an atmosphere in deep space