I have a post-apocalyptic scenario, set in the ruins of an American metropolis with flooded streets. Boats are used most of the time, but aircrafts have advantages, for battle or if you have to get on top of some skyscraper ruin.

With the apocalypse some decades ago, I tend to compare the post apocalyptic world to the situation in present-day developing world countries:
The rich can afford advanced weapons and lifestyle while the poor live as farmers or fishers under primitive circumstances (mixing in some exceptions that are necessary and easily available).
The only difference: While a nowadays those things are ordered from industrialized countries, there is no industrialized country left (or at least known) in the post apocalyptic world. Instead scavenged technology is filling that gap, if it can be reconditioned and run.

**For one-person flights I discovered a really badass and simple aircraft that actually works: the Paravelo** (and here is another clip of the takeoff).

##I need big aircrafts for transportation, travel and battle, that can land on water and on dry land.##

More specific:
One impressive looking flagship (kind of a flying siege tower) and
some transporters for soldiers and goods.

I thought about going with airships but if you have completely different ideas for a physically working badass aircrafts that are not too technologically advanced just post them below.

Scavenged materials are an obvious choice, living in the remains of a metropolis. Empty gasoline barrels (metal or plastic) or plastic tubes as floating bodies for the catamaran. Aluminum traffic signs (big highway lane/direction signs) as floor or walls. Some plastic sheets maybe somehow for the actual balloon.
On the other hand there are natural resources: Bamboo is very light but bending and strong, it could be used for some scaffolding constructions (cf. Chinese skyscraper scaffoldings; there actually was an airship with a bamboo frame) and maybe rattan mattes/basket constructions.
Do you have any more ideas for materials/constructions that could be used (either natural or scavenged materials)?

A lifting gas should be easy and cheap to produce with primitive means (cf. retrieving helium while most of the earth is under water?) and safe enough not to burst into flames by one burning arrow (cf. hydrogen).
(Not saying it may not be flammable at all - storywise nothing is more boring than an invincible weapon. It only shouldn't be too easy to shoot them down.)
I thought about using hot air or steam for the lift, ideally by burning wood or straw (one of the first experimental airships in France burned straw and fabric) or another resource that is easy to produce in a pre-industrial society. Is that efficient enough to keep an airship flying for some hours with 7 to 15 people aboard and some transported goods and weapons, given the materials used in point 1? (On the other hand I don’t have an aluminum frame or a luxurious, hotel-like lounge as provided in the Hindenburg). Especially carrying wood (to provide heat) seems to be way overweight for an airship. How could a steam-balloon work with limited technical possibilities?

I guess the use of scavenged material and technology can be compared to non-renewable resources in our time: As long as there is enough of them it's more self-evident to use them instead of inventing/producing own stuff that is more costly, takes more time to build and works less effective.

Gasoline is not very durable but electricity is quite easy to produce and there are other things to burn (like alcohol or even coconut oil) to keep old, modified motors running.
Otherwise a hot air turbine or a steam engine could be built into the oven heating the balloon.
(Sails don’t work for airships because there is not enough water/air resistance to choose a direction willingly, the whole ship would just be gone with the wind all the time.)
Especially the drive by manpower is interesting: People are quite inefficient as power source but there are (special lightweight, one-person) pedal-powered blimps. So - could one make that work and even be agile and quick? An air galley (a modified version of the normal airships with pedals for the propellers) would make an interesting aircraft for slave traders...

How important is streamline for an airship? The airship doesn't have to win races but should be able to keep up with sailing ships on the water. Would a catamaran boat with a cabin on top as gondola be a big disatvantage, compared to the classical fantasy monohull airship-ship-gondolas?

Do airships need a floating body (not a balloon but a keel or catamaran boat hull or a raft made of plastic cans) to land on water?

I know that is more than one question, but they are linked somehow (like using an oven for a thermal airship could be combined with a hot air turbine for propellers)

hydrogen is too weak – one flaming arrow and the approaching flying battle-platform turns into (cinematographically appealing) fireworks.

Only if your engineers are idiots. The cinematic flames from the Hindenburg crash are not burning hydrogen--they are from the combusting envelope, which was basically painted with jet fuel. The hydrogen didn't help, and in fairness there were good reasons for the envelope being constructed as it was, being originally designed to be filled with helium, but hydrogen is not as dangerous in airships as people commonly believe.

If your ship is well-designed, especially knowing that it will be going into battle, there will be no way for a flaming arrow to get anywhere close to the hydrogen, short of catastrophic damage to the point that you've already lost the battle anyway. The outer hull of a rigid airship does not contain the lifting gas directly--rather, it is a protective and aerodynamic structure surrounding a series of more-nearly-spherical internal ballonets. Make the external hull sheathing out of something non-flammable, and you'll be fine. Make it out of something that will burn when hit with an arrow, and fill it with lifting gas directly rather than using partitioned ballonets, and it won't matter what lifting gas you use--your ship is going down anyway.

Ideally, you'd fill the interstitial space with some other inert buffer gas, like nitrogen, but that might be difficult for your recovering civilization to source.

Steam-lifted airships are technically possible, but extremely tricky. It's a decent lifting gas, and makes it very easy to control buoyancy by allowing some to recondense into water, but the ballonets must be extremely well insulated, and it takes a lot of energy to boil all that water and keep it hot even with good insulation. And if one of the ballonets is damaged in flight, maintenance is just about impossible--rather than a lazy diffusion of hydrogen into the hull, which you can slap a patch over at leisure, you'll have a jet of superheated steam waiting to scald your crew to death.

A decent compromise might be to use syngas. The CO content makes leaks somewhat toxic, but in-flight maintenance is still possible if done quickly, and if the hull is kept well-ventilated. It can be produced with a wood gasifier, but unlike a steam balloon or a straight hot air balloon, you don't need to carry enough fuel to keep the lifting gas hot for the whole flight--just enough to generate the lifting gas in the first place, and maybe heat/cool it for fine buoyancy control.

Syngas also has the advantage of being useful fuel for engines. There have been cars designed to run on wood gasifiers, so if you can build or recover some decent lightweight internal combustion engines, you don't necessarily need to find or carry gasoline or diesel fuel; you can run them off the same gas generator that supplies your ballonets.

If you want it to go reasonably fast, streamlining is important. That's why rigid airships are cigar-shaped, rather than spherical. But a catamaran arrangement, with two lifting hulls encasing parallel series of ballonets, is perfectly fine for an airship, just as it is for a ship-ship. The problem with putting a cabin on top is roll instability; an airship is suspended within its medium, not on top of it like a watercraft, so roll is not counteracted by differential buoyant forces as it is for a regular catamaran. You can have a small cabin sticking out the top, but you will need to ensure that most of the weight of the airship is concentrated at the bottom, or it will just flip over shortly after you leave the water.

As for materials, lacquered cloth is traditional for making balloons to hold lifting gas. You could use that for ballonets, but I would stick to plastic sheeting, or just plain canvas, for the exterior envelope, for fire safety.

Early aircraft were build out of wood, canvas and wire, and this construction extended to flying boats as well. Some flying boats simply used pontoons strapped to the airplane where landing gear went, while more advanced ones used hydrodynamic hulls. 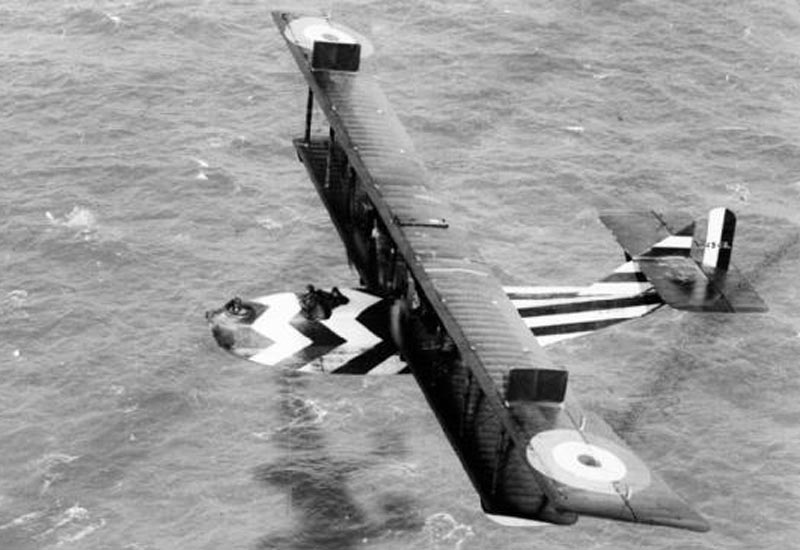 So even using WWI era technology, you still can build capable flying boats.

The larger problem is how to power them. Salvaged piston engines from cars or light trucks likely have the power needed, but might fail to work since the electronic components and computers needed to run engines since the 1980's will likely have failed. Gas turbine engines from small helicopters or light aircraft could still work, so long as they have been carefully stored (one that has been sitting on the runway for years or decades will have rusted solid). The other issue is a high energy fuel. Aviation gasoline, ordinary gas, diesel and JP-8 all have relatively short shelf lives (months to a few years at best), so your post apocalyptic society either needs to be able to drill for new oil, create some sort of synthetic fuel or even power aircraft engines by wood gas (this is a low performance option and fills the engines with tar and other gunk) 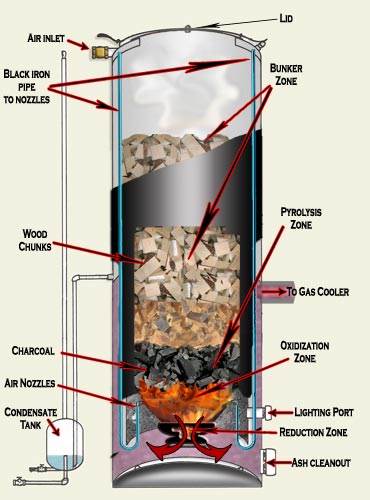 Flying boats can be amphibians, and many different types have been made, from medium sized water bombers to large anti submarine patrol craft. Larger airplanes need more room, so take off, landing or flying down streets is going to be a challenge. 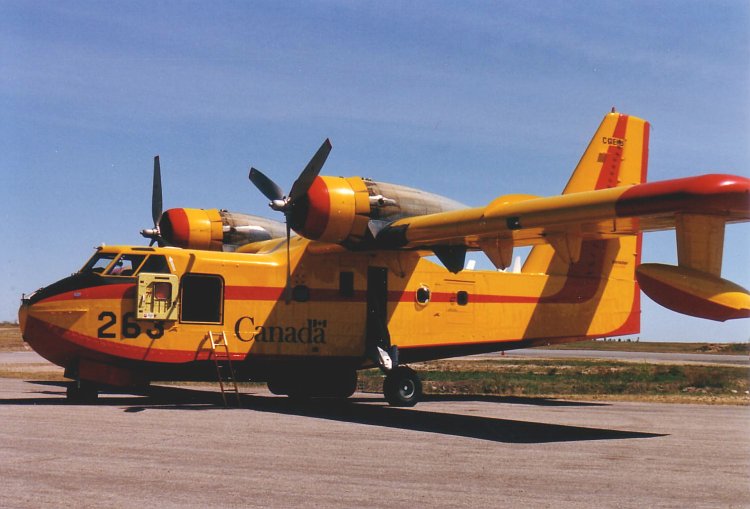 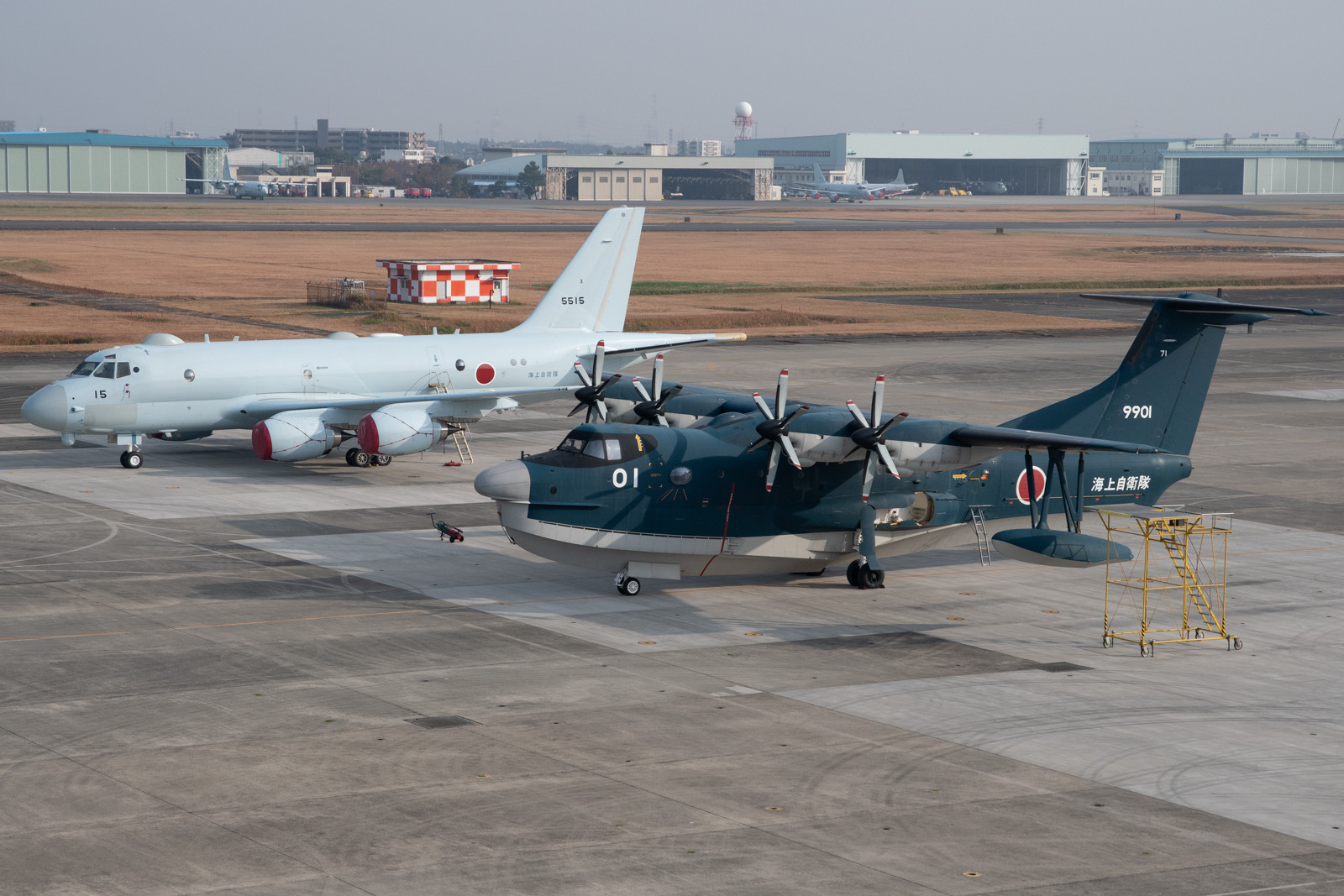 ShinMaywa US-2 as an example of a large seaplane

So building an airframe even out of salvaged materials isn't all that difficult, the real problem is going to be getting a decent power supply. Going electric is not going to be the answer, batteries only have about 1/20th the energy density of hydrocarbon fuels, and advanced battery packs like on a Tesla car use sophisticated temperature control and electronics to get the maximum energy in and out of the battery. Once again, in a post apocalyptic environment, getting and keeping things like that working may be far more difficult than is possible for most people.

Not the answer you're looking for? Browse other questions tagged technology physics post-apocalypse materials airships or ask your own question.

29
How can I make steampunk airships less flimsy?

9
Airship Aircraft Carrier Dimensions
5
Will this anti-gravity airship balloon give me a working vacuum airship?
14
Armament for airships filled with non-flammable gas
8
With current or near-future technology, how plausible is an aircraft-based civilization?
13
How long could scavenging be economically feasible in the post apocalyptic world?
1
What is the viability of this airship using modern technology?
6
Vacuum airships
4
What sort of weapons manufacturing could be supported by a post-apocalyptic world?