So, there are birdpeople/birdfolk in my setting. They're ~170 cm tall bipedal humanoids with a pair of functioning wings, slightly below the shoulders. They're covered with feathers, except for the hands and legs, both of which have talons, though smaller on the hands. Their necks are slightly longer than humans'. Birdpeople have a head and facial structure very similar to bald eagles in shape (same as humans' in size), as well as a beak (though the type of that can vary).

Now, just like dragons, they usually glide (assume patterns and speed similar to the andean condor) as flight is energy-intensive at this size, and daddy anon is yet to cook up a solution.

I was in the middle of designing the armor when the whole gliding thing hit me. That would effect armor design and in ways which I've never anticipated.

The armor is made of laminated linen plates and a thinner gambeson underneath.

What design (i.e: armor plate shape and placement) would provide the most protection and mobility with the smallest extra weight to a gliding birdfolk?

Assume medieval weaponry as the threat, with altitudes within range for bows and crossbows.

Note: Birdfolk don't have to worry about aerial attacks. The reasons are complicated, scaly and blue... 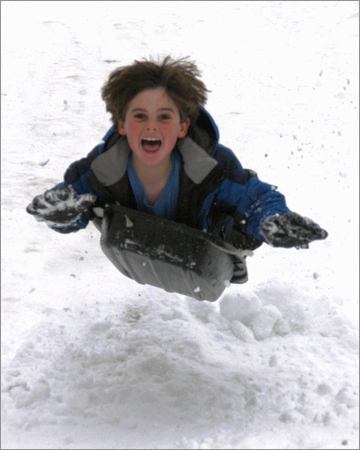 Like a sled one lies upon, the armor would be a thin shield, shaped in the outline of the bird person with outstretched wings. It would be thin and aerodynamic, affixed to chest and ankles. The good thing about gliding is that the shape of the bird (or bird person) is fairly static and so a shield can give good coverage. The aerodynamic sled / shield would actually help to stabilize the flyer by allowing it to use its arms as a second set of wings; in this role the shield might actually be considerably larger than the flyer, occluding its body completely with viewing holes to look through.

The shield can be painted according to sky conditions to offer a measure of camouflage against the sky. Or painted flat black with big eyes, to be scary.

First, as you alluded to, the weight of the armour could make it prohibitive to fly. since the creature is already a glider by nature, the extra mass will make it far more difficult to take off or do powered manouevres when necessary

The second major issue is aerodynamics. The shape and structure of the armour (or any other things like clothing, packs etc. must not disturb the airflow in any major way. Disturbing the airflow will radically reduce the glide ratio and possibly even make flight unstable in different regimes. The Boeing 737 Max design suffered from that defect when the placement of the new engines caused the aerodynamics of the plane to change in an undesirable manner, which the engineers attempted to overcome with an active control system. Your beings will not have a computer assisting their flight (and the record of Boeing's active assist isn't looking very good).

Related to aerodynamics is how the armour will affect the articulation of the being. If you play a sport like Hockey or American football, you play with layers of padding and hard protection surrounding you. Despite the best efforts of designers, you will never have 100% of the mobility of an unencumbered person. The same considerations apply for military armour, from ancient to medieval to modern times. If the creature is being encumbered by protective armour, this might affect the ability to make the subtle movements of the wings needed for complex flight.

Finally, there is the issue of what exactly you are protecting against? Are the bird people only subject to ground fire, or do they have to consider attacks from the air by other members of their species? What sort of weapons are being protected against? If most of the fighting is in the air, then weapons like light crossbows, bolas and nets might be the major threat. If they land on the ground to fight, then edged weapons like swords, spears and knives are the primary threat, as are smashing weapons like maces. Each different threat will require different sorts of armour protection, and a protective ensemble which works in one situation might only provide limited protection elsewhere.

So without these details, it is actually difficult to provide any sort of clear answer.

Your birds use a special leather armor which feathers are passed through via holes. The leather armor itself must be worn by the bird in question as they grow new feathers (or molt), to ensure that the armor doesn't effect their flying and remains hidden (feathers can be puffed up to help hide a birds body) against their skin (its worn on the skin, under the feathers, with holes for the feathers to pass-through). Small metal scales are then attached to this leather.

The armor covers your birds heart, one of their most vital organs. You position it so that when your bird is attacking with its talons extended, it will block the path of a shot straight to its chest. For the rest of their body, your birds rely on their feathers to disguise their figure as additional armor will make them far too heavy.

Weight will be the biggest concern for the armour as they need to maintain flight. Limiting the plating to only the anterior of their bodies will halve the material needed and if they maintain positioning where they are facing the ground the posterior need not be protected. Laminated linen may be light, but it may not offer the protection required from arrow heads. Instead, bird bones could be fashioned into chain-mail like material with linen holding the pieces together.

Something hollow might do, and a few slabs of flat kevlar. If you want metal, it's going to be harder, but aluminium might do wonders here, depending on how large and wide the wings are. You want the bird to be able to fly while wearing it, I think.

Not the answer you're looking for? Browse other questions tagged science-based flight armors winged-humans or ask your own question.

2
Accidental invention of gliding
6
Wing-design for a Bird that Needs No Lift
7
Culturally Correct Armor Design
16
Armor for wings
1
Human wing area for gliding?
5
How fast could a bird-like human fly under optimal conditions?
9
How can tengu avoid being conquered?
4
Would reducing drag be a good reasons for bird people not to wear much besides a loincloth when in civil?