How would a radiation-based mass extinction event affect current animal groups? Specifically, what would be the apex predators and/or herbivorous "apex species" (term for "animals/organisms with no [significant] natural predators" that encompasses herbivores) that survive?

To summarize and reword the main question, for clarity: At this level of global radiation, many species would die off due to radiation poisoning many more would survive the radiation itself but their prey would not, so they would also die off. Food chains/webs would be massively disrupted. Which apex species(singular) or apex species(plural) would end up at the "top" of whatever food chains/webs were left after things stabilized?(because they can both survive the radiation, as well as have a food source that also survives the radiation)

EDIT: I used the term "Stabilized" to mean just that the "apex species" can live long enough to reproduce for 1-3 generations, depending on the length of their reproductive cycles. And the radiation itself is no longer having any significant effect on food chains and food webs. I'm not talking about geological or evolutionary time-scales.

EDIT 2: The "spirit" of the question is meant to be about animals with higher radiation tolerances than humans, either due to biological differences or (as pointed out in an answer) lifestyle differences. Not about just how difficult it might be to wipe out every last human on the planet with radiation alone (after all, that wouldn't leave anyone left for the story...). So the radiation levels involved should be considered to be lethal to unprotected human populations. Not necessarily those that made it to shelters that don't suffer direct nuclear strikes.

The capability to survive the event depends, in part, on the species capacity to heal its own genetic and cellular structure. Higher-order mammals that evolve quickly have the least ability to repair this kind of damage, since its why we evolve so quickly compared to creatures like crocodiles and cockroaches. Mammals have changed immensely while other species are nearly identical to their ancestors from eons ago.

From the graph below, 10 Gray is the radiation level that will kill mammalian cells. And some bacteria are susceptible at ~40 Gray. 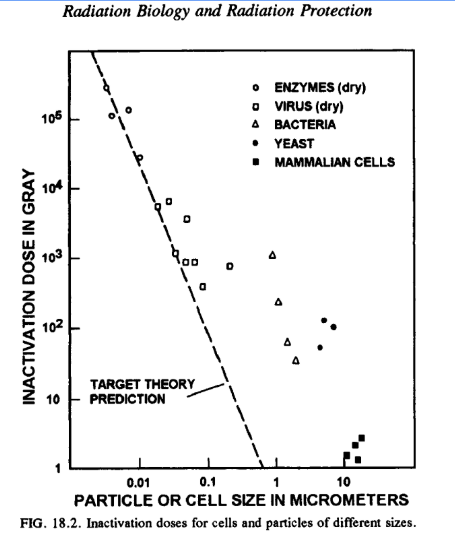 And from this table, we can see the relationship between mammals and a few other species. 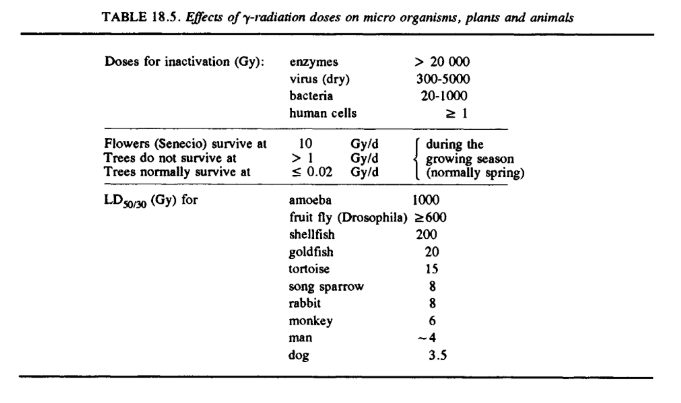 Since you are specifying worldwide extinction of humans by lethal levels of radiation, most surface-dwelling mammals and birds are dead too but subsurface dwelling mammals like shrews and voles probably survive.

If the war started in the deep winter, then maybe hibernating bears survive when they leave their dens in the spring.

If the ocean life cycle survives then while their numbers would be attenuated I would think that Deep-sea monsters like giant squids and the big sharks would survive since the radiation will be attenuated by the depth of water. Same for deepwater fish. Shallow water fishies might succumb to radiation though.

On land, Croco-gators would be the most likely apex predator and possibly bears. I can't think of an apex-herbivore that would survive since the only one I can think of is the Elephant and I am pretty sure they are dead.

In the air, I think only bugs remain. Maybe bats since they are rodents and they have a slightly higher tolerance for radiation compared to humans.

In the sea, I think whales, sharks, and giant squids are alive.

You're getting a lot of pushback over the specification on radiation levels, but realistically (and most in what I think is the real spirit of your question), it's not actually radiation that's going to kill all the humans, it's starvation.

From a 2007 study on widespread global nuclear war:

"A global average surface cooling of −7 °C to −8 °C persists for years, and after a decade the cooling is still −4 °C (Fig. 2). Considering that the global average cooling at the depth of the last ice age 18,000 yr ago was about −5 °C, this would be a climate change unprecedented in speed and amplitude in the history of the human race. The temperature changes are largest over land … Cooling of more than −20 °C occurs over large areas of North America and of more than −30 °C over much of Eurasia, including all agricultural regions."

From an even more recent study:

"... the coldest average surface temperatures in the last 1000 years. We calculate summer enhancements in UV indices of 30–80% over Mid-Latitudes, suggesting widespread damage to human health, agriculture, and terrestrial and aquatic ecosystems. Killing frosts would reduce growing seasons by 10–40 days per year for 5 years."

So I think it's not so much a question of radiation tolerance (although that's certainly relevant), but also which species are most likely to be able to persist through the disruption of the food supply. This is what will get rid of all your large terrestrial herbivores for starters, and likewise anything that relies exclusively on them for food.

Even with that, you're going to have SOME small localized pockets of humanity that make it through, prepper communities in Idaho perhaps, or the North Koreans who have been preparing to get nuked for the last seventy years, but that's not really germane to your question anyway.

All of that said, I agree with @EDL's answer that crocodilians and sharks are going to be the most likely winners there not only for the reasons he specified, but also because they're able and willing to eat absolutely anything, and have a metabolism well suited to surviving prolonged famine. Certainly they've survived similar extinction events several times in the past.

1
Post apocalyptic science based story
25
Is it safe to grow and eat food on post-nuclear-war land?
27
What would human survivors eat in a post apocalyptic Nuclear winter?
10
How long would it take for an array of introduced alien fauna to form functional ecosystems on a near-future "Dead Earth"?
15
Why would post-apocalyptic men be twice as large as women?
7
What would the flora and fauna be like on a planet with the most competition? The most violent planet
2
What animals would most likely fill large land animal niches after a mass extinction that wipes out 99% of life caused by nuclear war?
9
How can tigers survive indefinitely in a post-deforestation world?