An ancient kingdom covers a several rivers in a desert basin all converging on a central, hypersaline, lake. Because of its central location, and the importance of the salt, the lake has important religious and cultural significance. In particular, an island in the middle of the lake.

I thought about making the island the capital of said kingdom as a fusion of civil and religious power, but I ran into trouble of the feasibility of it. How would one get sufficient amount of water into middle of the lake?

The closest thing I come up with was either shipping it (probably too labor expensive in the Bronze Age for anything but the palace of the god king) or create a juicy plant which either is farmed on the lake or on land (but probably hypersaline lakes are too salty and I don't know how much farmland would need to be used).

Does Bronze Age civilization have the means to obtain water for a large city in the middle of the hypersaline lake and, if yes, how would they obtain it?

Water is an essential resource, especially in bronze age. You can't have a city without supplying it, that's why the first civilization have arisen next to big rivers (Gange, Yang-Tze, Nile, Tigris and Euphrates).

In your case the hyper-saline lake looks like a nasty environment even for a tribe.

If you however want to have a city there, a way to have fresh water is to have an underground aquifer, more or less like in the North of the Sahara desert. A rather simple well could provide access to the fresh water and thus allow a city to sustain itself there.

However, such a city would massively rely on external supplies of food, since farming in an hyper-saline lake is out of question.

Your lacustrine island is pretty much akin to a marine one in terms of salinity, so it will have access to fresh water in the same way that maritime islands do.

Rainfall over the island will create fresh groundwater that floats above the hypersaline waters due to being significantly less dense.

In hydrology, this is known as a freshwater lens.

how would they obtain it

Probably the same way the Romans did it: with arched stone aqueducts. (There's nothing particularly complex about them. If you can build a big stone pyramid, you can build an aqueduct...)

Stone aqueducts this early aren't historically accurate, but... close enough. After all, the Henge Builders hewed hard stone and moved it long distances, and historical fiction, is, after all fiction! 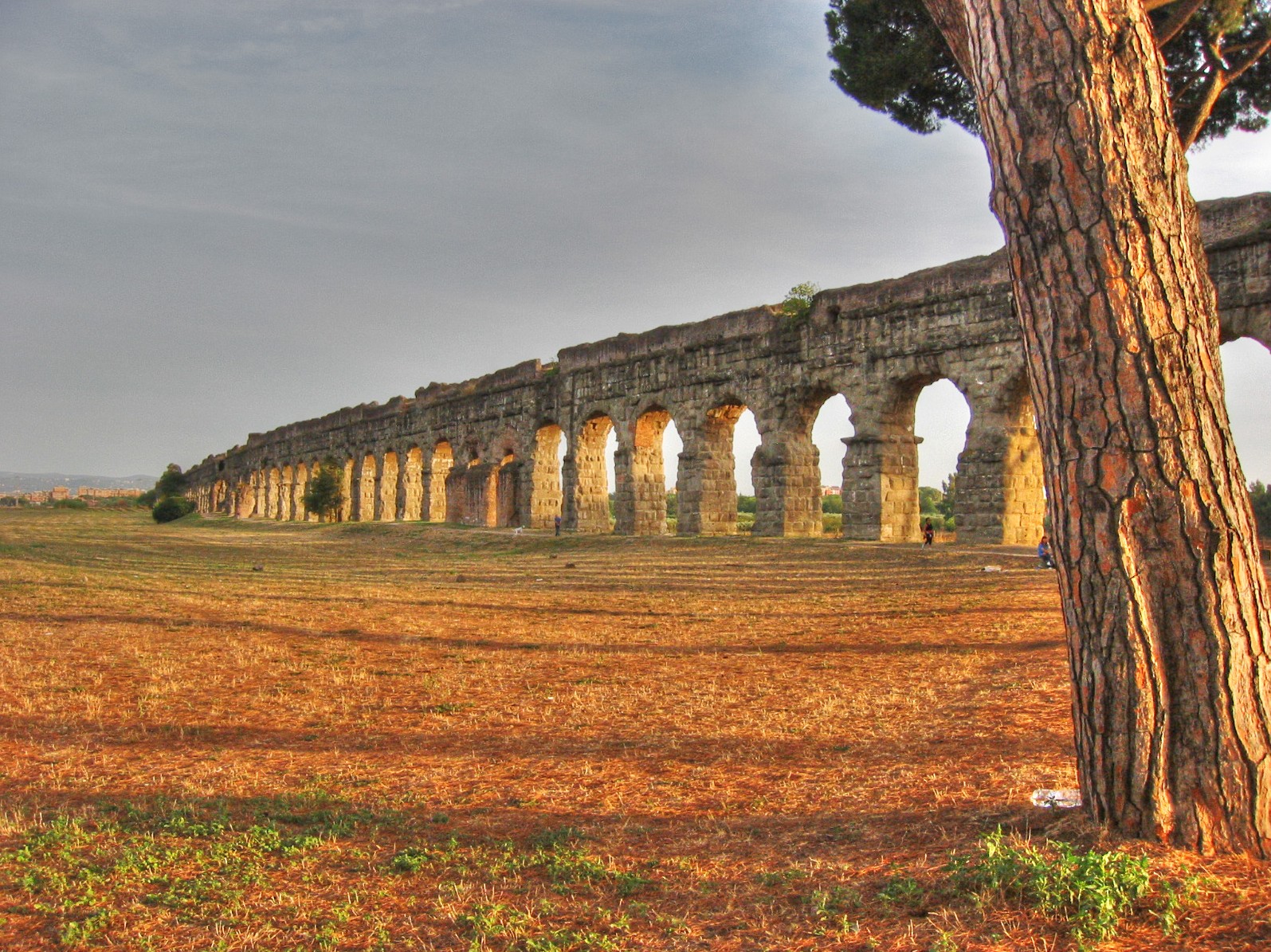 Actually this has reminded me of a very interesting culture. The Aztecs built a huge city on an island in the middle of a lake, albeit a freshwater lake. The island was connected to the surrounding land by long floating bridges, and keep in mind that Aztecs didn't smelt iron and used bronze as your question outlines. This island city was their capital as well, called Tenochtitlan. They farmed crops on this lake with floating gardens. Now for applying this tactic with your hyper saline lake, as L.Dutch said, forget about it. There are no halophile crops even remotely worth harvesting.

With the Aztecs island city, there were also a myriad of other small islands surrounding it, all interconnected with each other through a series of floating bridges. What I suggest is have a central hypersaline lake which would be surrounding by small town-islands that contain wells/underground aquifers for water to be transported quickly and easily between these towns and the main city, and for crops to be grown somewhat near the lake, but not close enough to damage the crops. The crops will then be transported through this bridge network throughout the islands.

In preparation for war or just as a precaution, grain stores will be made as to keep themselves self-sufficient for the time needed. If under siege, simply destroy the floating bridges. The enemy will attempt to starve you out, but if the empire is large, simply ask for assistance from your myriad city states and conquered territories. Animals can be farmed on the town-islands and capital city with ease.

Hopefully this answers everything!

*If the rivers are freshwater and not hypersaline, simply grow crops there and transport them through the bridge network

Basically, they would build a cone of glass over a section of the saltwater lake, allowing sunlight into the water to heat it up and cause the water to begin to evaporate. The top of the cone would be connected to copper or bronze tubing to a shaft that's dug into the ground at an angle, where the water begins to condense and collect, with a different shaft that's been dug straight down to form a well, where the condensed water can be collected.

The Wikipedia article on them has a nice image depicting such a structure, though I can't directly include it in this answer because its filetype is incompatible with StackExchange's image functionality.

Apparently similar devices were constructed by Stone Age Native American tribes, though they used wood and leaves to construct theirs, since they lived in a climate where dews condensed naturally overnight, so they just needed to construct a device to capture this water, rather than one that generated it.

Not the answer you're looking for? Browse other questions tagged science-based warfare water natural-resources bronze-age .

7
Bronze age Aztecs?
2
All fresh water is frozen
2
Effects of Homeopathy on technology in the Bronze Age
2
How can an entire kingdom be removed from the middle of a continent?
19
How would a Bronze Age tribe arm themselves vs. dinosaurs?
5
How would lower gravity influence Bronze Age projectile weaponry?
11
Is there enough fresh water in the world to eradicate the drinking water crisis?
7
Low-gravity Bronze Age fortifications
7
Bronze Age Underwater Civilization
4
Could Bronze-Age Nomads Effectively Utilize Chariots for Warfare?