The Second Civil War has begun. Ignoring how succession happens, the American west coast (including Baja California & the Mexican state of Sonora) becomes an independent republic. Their border runs from southern Sonora, runs along the eastern border Arizona & Utah, then finally up beside Idaho until it comes to Canada.

Twenty-two years after the war began (this takes place in 2019), fighting has evolved into something like it has with North & South Korea, with nuclear weapons preventing the return of invasions or conventional warfare. For this border I described, what would the Western Republic need to monitor, patrol and protect this stretch of land? And with the Rocky Mountains serving as a natural barrier, how would this affect it?

When looking at a border of this size, there are multiple factors to consider. I'll use the US-Mexico border as an example, since it's almost the same size as yours.

Today at the US-Mexico border, there no single, continuous barrier (see here). Only about 25% is covered by the fence. In between the sections of fencing are varying forms of sensors. In your world, these could be cameras, seismic sensors, physical guard towers, border checkpoints, or moving patrols.

Satellites would be impractical due to the number you would need to maintain a constant view of your border, but for the troop buildups along the border, like you describe. If US-191 is in our territory, it would become an equivalent to I-10(and US-90 east of Sierra Blanca, TX) on the US-Mexico, that is, a major artery for civilian traffic and border patrol. If not, then the same would apply to I-70, US-40, US-491, CO-90, and CO-141.

Depending on the military spending of the government, they would have Reapers and Global Hawks patrolling the border out of Peterson AFB(a decent choice, given it's on our side of the Rockies and the current home of NORAD)

A large section of the border is located in the center of the Rio Grande (see here). Parts of the Rio Grande are too fast moving to cross, so large parts of your border could be impassible due to geography. Of course this opens up opportunities for daring smuggler- or coyote-equivalents to try and find routes through (Hannibal and his freaking war elephants are a great example of the military using this tactic as well)

Any patrol on foot through this territory would be very hard.

Military imaging satellites and drones would be the most effective means to patrol along the rocky mountains.

Spies will get through naturally and there is nothing you can do to stop it. Sensors and camera will record unprotected areas, film will be analyzed by computers for movement and possible human presence. If found, the film would be forwarded to some official that would verify it is in fact a person, and not a deer running across the border, and then run facial recognition to see which side they are on. If they are from the wrong side, facial recognition will locate them in whatever populated area they are spying in.

If the border is in a natural place for a border then you shouldn't need to patrol it all that much.

Long term stable borders tend to be along mountain ranges, rivers, across seas and deserts etc. Places where an army naturally comes to a halt and moving further is a serious bit of logistics. The borders of Britain, Italy, and Spain for example.

On the other hand the borders of somewhere like France or Belgium have shown themselves not to be so stable over the past century or so. The European plain is a wonderful territory for marching an army and everyone from Napoleon to Hitler have tried it.

So if you've drawn your border down a mountain range with limited passes, then all you need to do is watch the passes and keep half an eye over the rest of the range but you don't need to man the whole thing.

If the purpose is to prevent infiltration, this is a solved problem. It actually is easier to implement the solution in gentle terrain than in rough terrain.

Build a sturdy fence, topped with barbed wire, with a road / kill-zone behind it. Optionally, build a second fence behind the road. The up-front cost is roughly 2 million dollars per mile, not including land costs.

Israel, Jordan, Saudi Arabia, Morocco, and Algeria have all built such fences.

The Great Wall of China performed the same purpose. It had a wall wide enough to be a road, with sheer drops on both sides. It made it difficult for small-scale raiders to return home with loot. Large-scale raiders bribed or coerced the border guards.

And by bullet I mean fast and also small. Existing rail lines are connected and upgraded, and armed trains zip up and down the line, looking for trouble at 250 mph. Maybe some of these are robot trains THE SIZE OF A VW bug; train drones. Bullet train drones that speak in train drone voices to anything that gets too close to the tracks!

Tracks are a good way to cross large distances and it is possible to use tracks to go really fast. And war trains are AWESOME! 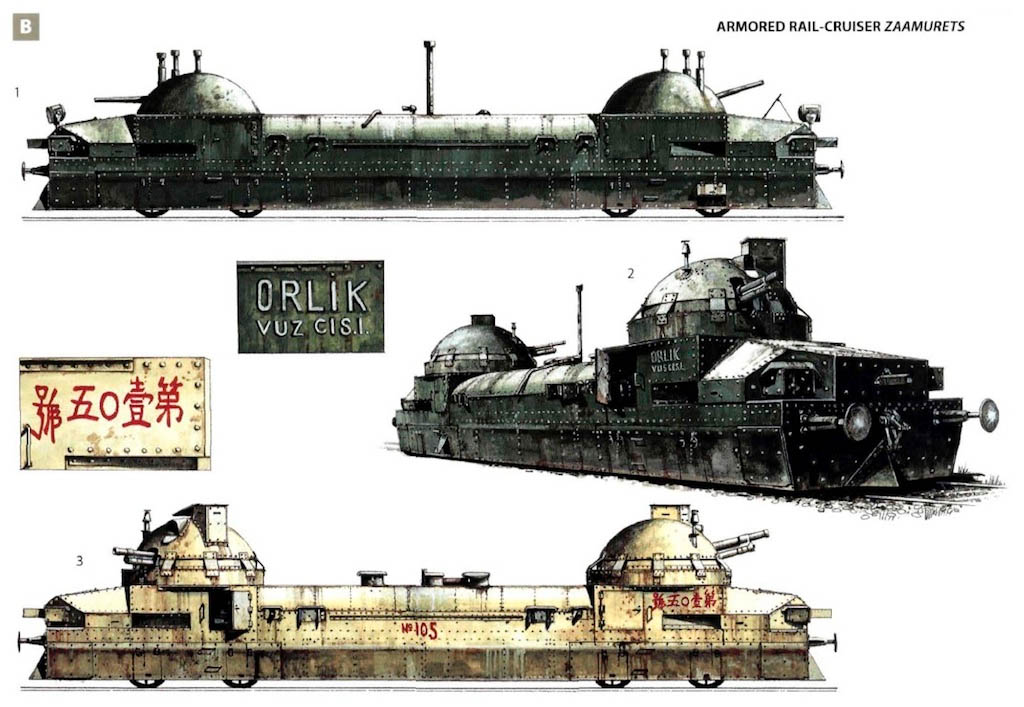 You aren't going anywhere with an enemy with nukes. Unless you make a force field, which is quite sci-fi, to block all unauthorized objects. Your best bet is what you see between North and South Korea, with some anti-air and anti-tank missiles.

Not the answer you're looking for? Browse other questions tagged warfare geography military-defense united-states or ask your own question.

35
Can a river be put under enough pressure to jet straight up for a mile?
16
How to fight an Eldritch Abomination
6
How to deal with our giant?
15
How to accomplish planetary independence
2
How would a port city located on a river on the border defend itself?
5
How long would it take to 'Raise the Alarm' in a medieval city?
0
How long would the military stay supplied with high powered defensive gear