What would humans look like if their blood were silver?

I have a species in mind that I want to write about for a book I'm planning, and they look exactly like humans (minus the 'unnatural' hair and eye colors they can posses). However, they have silver blood, so what would their skin and such look like? Would it still have a pinkish/reddish tint, or would their skin be more pale? I wanted to go with paler skin, especially around places that have thinner skin (lips) but I'm not sure if that makes sense. I wanted some outside opinions.

Silver in the human body does interesting things to our appearance.

Most notably, it makes (particularly light skinned people) us look like this: 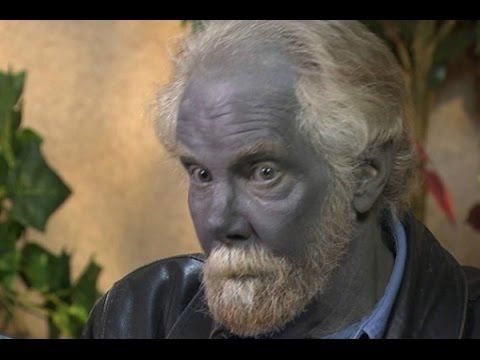 The fluid in your people's blood that carries the silver within it may very well cause the same result.

Argyria shouldn't be confused with methemoglobinemia, which is a genetic trait found, for example, among the Blue Fugates and other families of the USA: 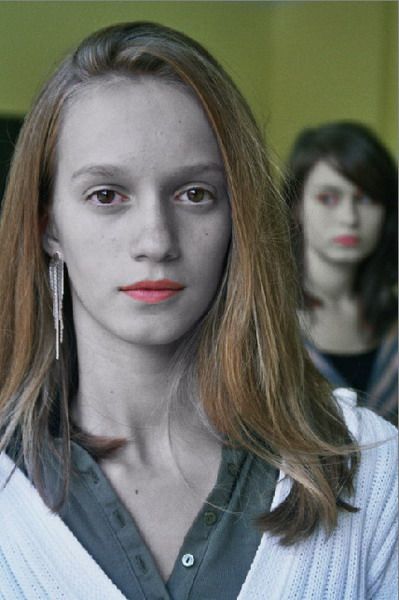 The skin colouration is similar, but in the latter case, it's the iron ion in the blood rather than silver that performs the change.

If their blood were silver then they would glow red/orange tending to yellow.

Their black body radiation could make them dangerous to be near. It strikes me that they'd be dangerous to be around because they radiate so much heat. It'd be the torment of Tantalus if you fell in love with one.

If your species blood was always silver, then I imagine the lips, cheeks, etc would take on a flat metallic look in combination with their skin tone -- so for Caucasoids that would mean not shiny but maybe like the dull side of tin foil. For darker skin tones it might look like the deep hue of bronze (a brownish metal before it oxidizes)

Our blood is red when it's oxygenated and bluish when its deoxygenated. So think about amending your question to include the equivalent states if you want a more complex answer for your species.

Not the answer you're looking for? Browse other questions tagged creature-design humans blood unusual-color or ask your own question.

10
What would humans look like if their evolution had been slower?
15
What metal or compounds will make blood silver?
12
How would black blood change a human's appearance?
5
What non-primate animals have similar blood to humans?
5
How would their children look?
7
Would it be possible for my fantasy creature to have black blood?
4
Feasibility of albino lizard people
4
What would 500 year old dried blood look like?