Sprawling climbers: how will they develop tools and civilization?

Say we have an intelligent species whose body plan is inspired by walking insects (ants, beetles, etc.) and reptiles (particularly lizards).

More specifically, let's say they have four legs (I think they'd have things a bit easier with six, so I'll ask the four-leg case, because if it's solvable, six legs also should be) in a sprawling posture. Their legs don't come from the 'corners' of the torso like a vertebrate; their hips and shoulders are closer together, more like an insect (again, to make this the more difficult case). They're smaller than humans (exactly how much not defined at this point). Like an insect or a gecko, they're good climbers. In their case, all feet can grip, and thus they can use them interchangeably as hands. Like most of the animals that inspired them, they have a wider field of vision than a human, which probably helps when doing things with their back feet. They're more like a reptile than an insect insofar as their mouths aren't adapted for carrying things. And no, no prehensile monkey tail.

So, while they have the manipulatory ability to do various tasks and use tools, they seem to have some disadvantages to developing tools and civilization. How do they deal with...?

While they have hands, they don't have dedicated hands. They cannot walk on two legs. Stable standing requires at least two diagonally opposite legs, so other than when sitting / lying down (which are the same thing for a non-erect species), they can't pick up more than two things at once, and using two hands to pick up one object is difficult-to-impossible. Most critically, they can't spare a foot to use as a hand while walking. Moving on two legs is impossible, three is slow and awkward at best.

Their sprawling posture and limited ability to even rear up usefully (shoulders are close to hips) means they can't reach much above themselves. More critically, they can't reach their own backs. Thus, righting themselves if they land on their back is difficult; if they don't have something to grab for leverage, it may be impossible. This also makes their problem carrying things even worse, because while they can carry large loads on their backs, they can't place an object there unassisted!

So, how will their development of tools, transportation, and so on, differ from ours?

(I've seen Could These Two Types of Reptiles Overcome Carrier's Constraint? and How could my non-bipedal intelligent species advance technologically? Neither question or answers address exactly this situation.)

Tool use (a prerequisite for developing technology) comes in all shapes and sizes:

Corvids wield sticks with their beaks. 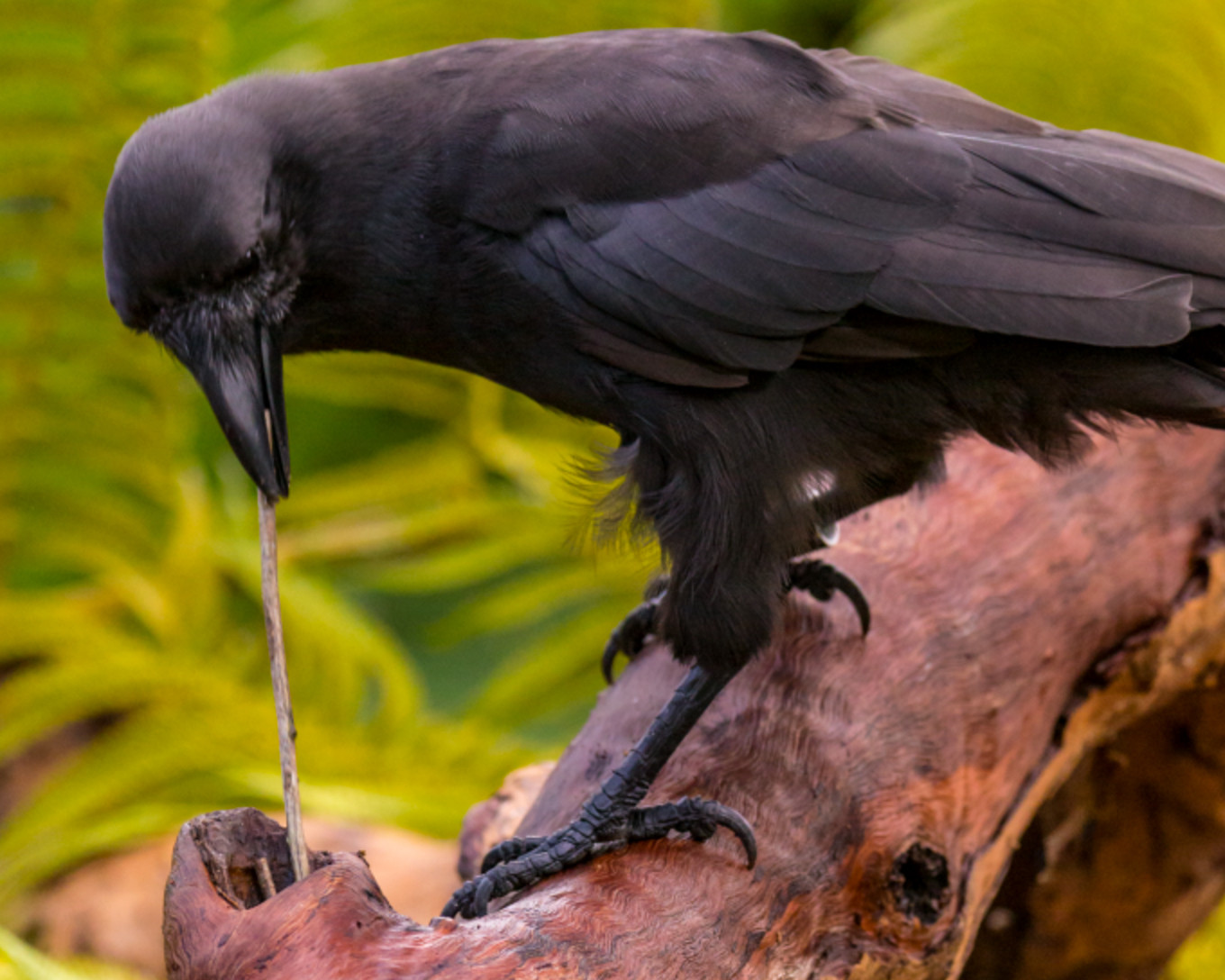 Some animals have developed specialist tools from their given attributes. An Aye-aye, "drinking" an egg using it's specially adapted finger. To be fair, the finger is more adapted for winkling out grubs from under bark. 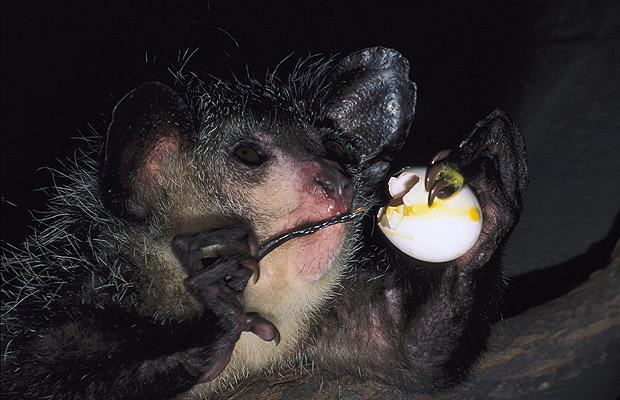 Perhaps your creatures walk on their elbows of their fore-limbs, maybe using a dewclaw that's migrated further up the limb to there, to aid with grip when climbing. 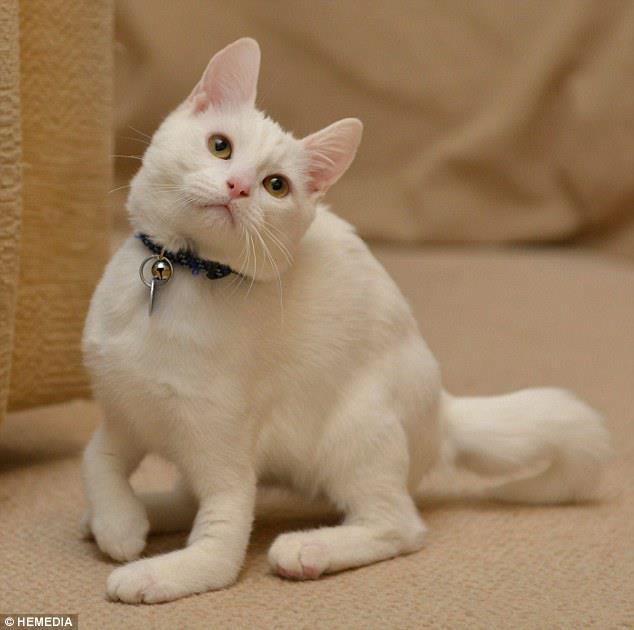 This would enable their fore-limbs to be free for tool use, perhaps aided by their mouth/beak, or perhaps even pedipalps, like spiders use which aren't limbs, but comprise part of the mouth-parts. 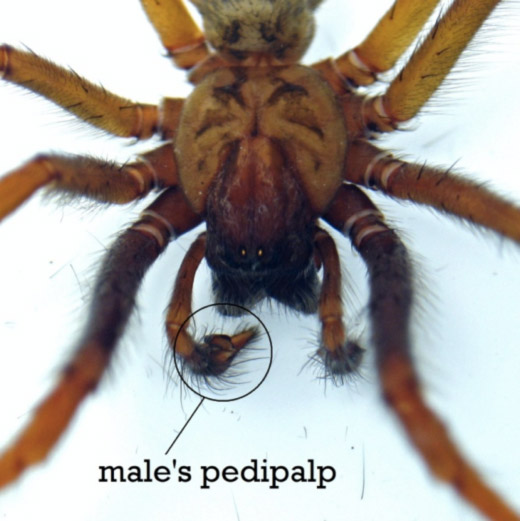 To address the civilization part of your question, what is required is cooperation, there are many theories about how it might have evolved, to do with child raising, education (ie. passing on of knowledge) and hunting, none of which stand alone. It seems that several characteristics of a species synergistically function to enable the evolution of a civilization. The linked wiki article should provide you with some context. Without copying and pasting the whole thing, I can't see another way to cover the breadth of the question without forum blow-out.

So, how will their development of tools, transportation, and so on, differ from ours?

The obvious answer is "they'd evolve grippers" and possibly "they'd evolve bipedal locomotion". After all, the distant ancestors of humans were quadrupeds, and yet modern humans are able to do things like touch-typing so it clearly hasn't held them back.

If you can't hold, carry and manipulate stuff whilst moving you're not much of a tool user, and if tool usage is useful in an evolutionary way (it seems to have been for humans) then you'll end up evolving away from a bodyplan that hinders tool use.

More critically, they can't reach their own backs. Thus, righting themselves if they land on their back is difficult; if they don't have something to grab for leverage, it may be impossible

A climbing species that can't self-right after a fall does not sound like a species which will evolve intelligence.

Here are some alternatives to hands, following the example of CBBF.

Here's a splendid example of a partially-uplifted quadruped with non-grasping feet using tools: 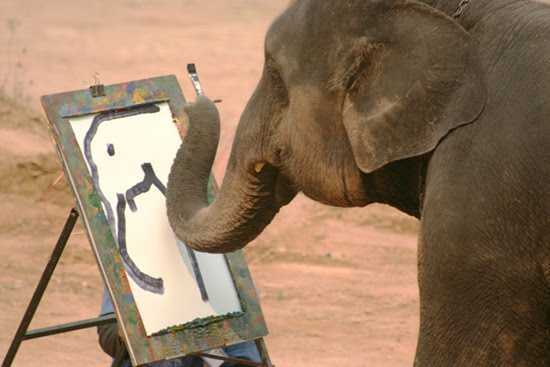 There are of course other kinds of muscular hydrostat that might be adaptable: 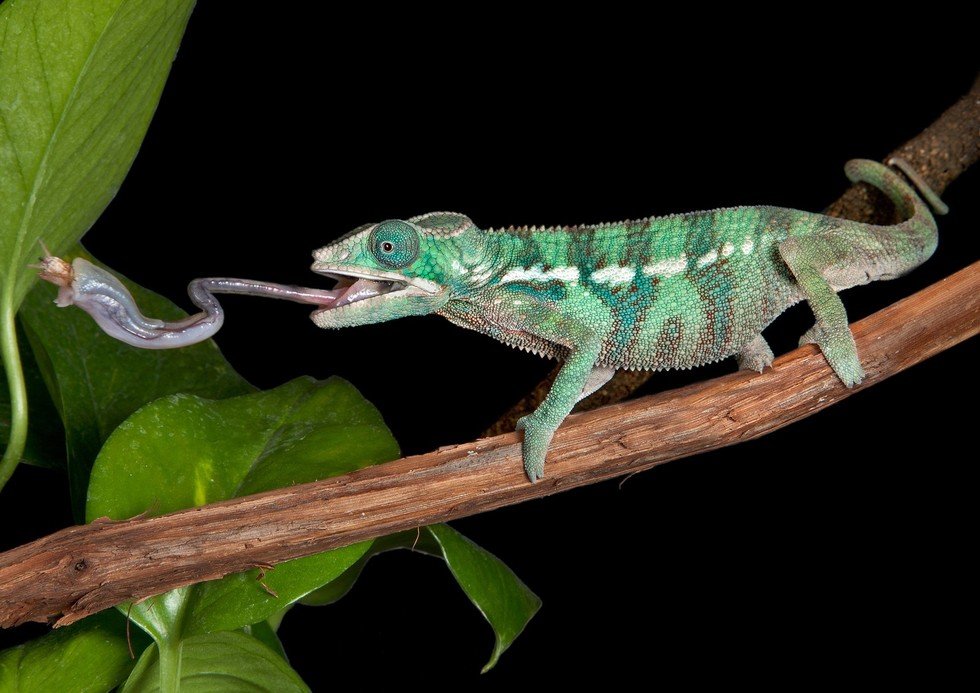 Why not have a prehensile tail? Have another chameleon: 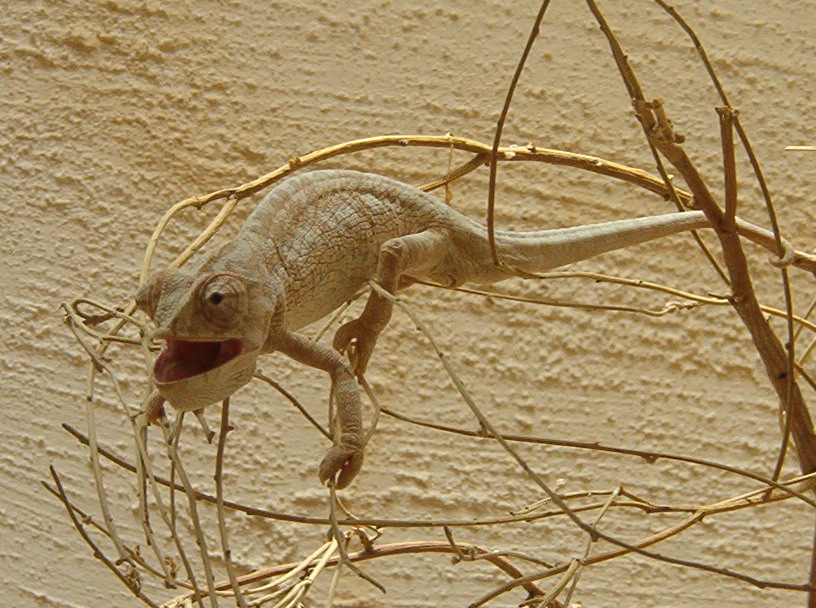 A tail is a useful thing in a climbing species, and given that it can be used as an extra limb for locomotion it would be very useful for moving whilst holding things, either by itself or by freeing up a gripper on another limb. Howler monkeys use their tails to provide support whilst foraging using their hands, for example.

Ants and dolphins also manage with their mouths. And speaking of ants, how well do they work together? With a little cooperation, every individual having just one "hand" is hardly a hindrance.

Not the answer you're looking for? Browse other questions tagged science-based creature-design technological-development or ask your own question.

4
How could my non-bipedal intelligent species advance technologically?
4
Could These Two Types of Reptiles Overcome Carrier's Constraint?

4
Could These Two Types of Reptiles Overcome Carrier's Constraint?
18
Would there be any major disadvantages for a species to have six legs instead of four?
6
Geckos walking on two legs
5
The most suitable martial art for birdpeople?
4
Increased flexibility for dragons?
12
Limbs where muscle composition is 90% fast-glycolytic and 10% slow-oxidative. Would it be too specialized to be practical?
3
How make look feminine and masculine (non mammalian) animal humanoids?
4
Humanoids with wings, how do they take off?
9
Are there any major problems with my creature design?
3
What could a species with levitating hands do that a normal species couldn't?