In a future post-scarcity civilization, how would evolution change humans when survival is longer a challenge? [closed]

Ask Question
Asked 6 months ago
Active 6 months ago
Viewed 192 times
1
$\begingroup$
Closed. This question is opinion-based. It is not currently accepting answers.

Let's imagine a post-scarcity society where everyone has unlimited access to food, energy and the aging problem has been solved so people are practically immortal.

In my post-scarcity scenario, our survival will not be at risk since everyone is getting all the basic needs to stay alive and all the medical requirements to prevent death. Now, many many generations after us (millions of years), what will be those things that will make us feel happy or sad when evolution had stopped working on basis of survival?

In other words, what will be the purpose of future humans when survival is no longer the purpose? And if the purpose becomes to get as much happiness from life, then what might bring us this happiness and with what mechanism?

More importantly from a natural selection standpoint, a person's time is scarce. Children make time scarcer. Parents have to be more careful about organizing their time, because children take up so much of it. As society advances, there are more things to do with that time. Those other things distract from parenting. So people who don't like other activities are more likely to propagate their genes.

Notice the side effect here. People will become more miserable in every activity but sex (and possibly parenting). And sex is likely to be only a transient pleasure. It makes someone happy at that moment, but then it fades, leaving the person craving the next moment of happiness.

Parenting in a post-scarcity society might be done by robots, leaving the humans only pursuing sex. Artificial wombs may mean that pregnancy doesn't even limit sex. As soon as a prospective mother realizes that she's pregnant, she transfers the fetus to an artificial womb and continues her normal activities. A race of sex addicts. 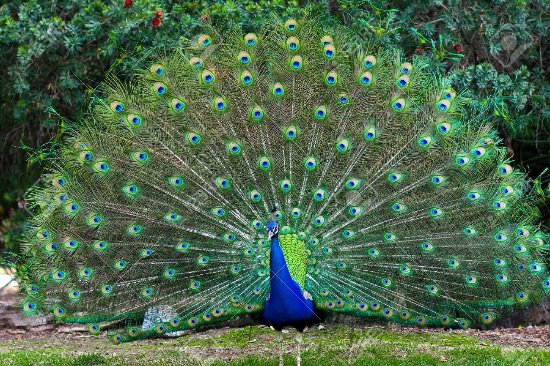 Now you can't tell me that does anything for his survival. What's worse is the lifespan of creatures like elephant seals, the trauma from the battles between males on the beach significantly reducing their lifespans relative to the females.

In fact survival isn't that strong a driver of evolution except by correlation, the factors that we deem to be attractive are often those associated with strength, health and reproductive ability. The secondary factor being that those who live longer are likely to reproduce more often and hence have more descendants, but that's no longer strictly true anyway.

So we end up peacocks, the driving factor is sexual selection.

The thing that seems likely in a post-scarcity society, given current demographic trends, is that many people will stop having children altogether. With all the entertainment and birth-control options available, life will be distracting enough for most people to stay self-focused and less interested in reproducing.

As Brythan pointed out, those who reproduce win at evolution over those who choose not to. It is commonly members of certain religious groups (of which I am one), who have more than the average number of children.

Liking sex won't be good enough, though (particularly if you're okay with birth control or abortion). The technology to indulge in any kind of fantasy is coming, and would surely only increase if there was nothing else that it was really necessary for people to pursue. So the groups which would be favored by natural selection are those who would have some intrinsic reason to reject the more 'sterilizing' allures - "Why NOT live in this video game, and fall in love with this other player, as a character and not as a real person - or even fall in love with that NPC?"

At the same time, even in a post-scarcity society, people will fear exponential population growth. The argument that we'll soon face collapse because more mouths means not enough for everyone has been floated since Thomas Malthus, at least, and we've had new prophecies of doom by overpopulation every few decades since then. Those will be willing to have several children must also not be the kind of people who are influenced by Population Bomb type arguments.

And lastly, it's not enough to be an eccentric who chooses go your own way - because if you're not spending time with other people in a community, you're less likely to find someone and pair off. So a communalistic tendency is also necessary.

The religious or religious-like, who value families and reject total electronic indulgence, will tend to be selected for.

Natural selection requires pressure. If the "weak" still propagate, then evolution will stagnate and humanity will stop changing.

Evolution will be guided by design rather than natural selection. Even today, we are able to change the genes of children before they are born and (possibly) give them higher intelligence. It is generally believed that in the future, "designer babies" will be increasingly common, with parents adding and removing genes to get the desired traits. Genes from other species could be added if desired, or the body might be changed to produce longevity drugs.

Further research will likely provide ways to design genetic changes to provide specific desired traits that can't be found in any natural humans or animals. It is important to note that it is believed that genetic changes created through in utero (pre-birth) gene therapy will be passed on to offspring, so the entire human race (or subgroups thereof) could be evolved in this way. 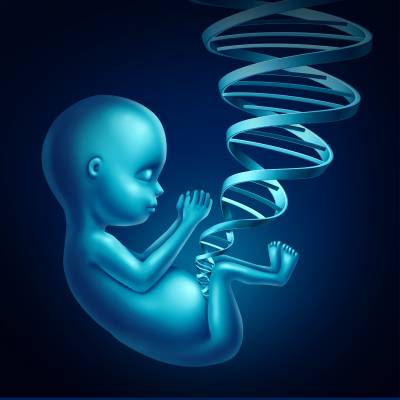 Not the answer you're looking for? Browse other questions tagged evolution humans civilization far-future post-scarcity or ask your own question.

56
What sort of punishment would replace fines in a post-scarcity society?
10
What would humans look like if their evolution had been slower?
0
What would have to happen, evolutionary speaking, for humans to develop longer sharper canines and catlike eyes?
4
How would evolution shape humans for life in zero-G?
3
What would be the major differences on our planet and civilization if humans were exclusive insectivores?
3
Powerful race breeding a better human
25
How can a dictatorship government be beneficial to a dictator in a post-scarcity society?