I’m working on a world with a mild but near constant winter. This weather pattern moves down the latitude and causes deep snows and some ice at worst in the mountains to heavy monsoons in tropic regions. What kind of axis and rotation does the planet need to have for a winter season pattern to move north to south down the globe every 4-5 months?

There are several things you could tweak:

Seasons are caused by periodic shifts in how much star light reaches a particular area of a planet. Here are some of the most common things that effect this:

Consider Earth as a starting point: 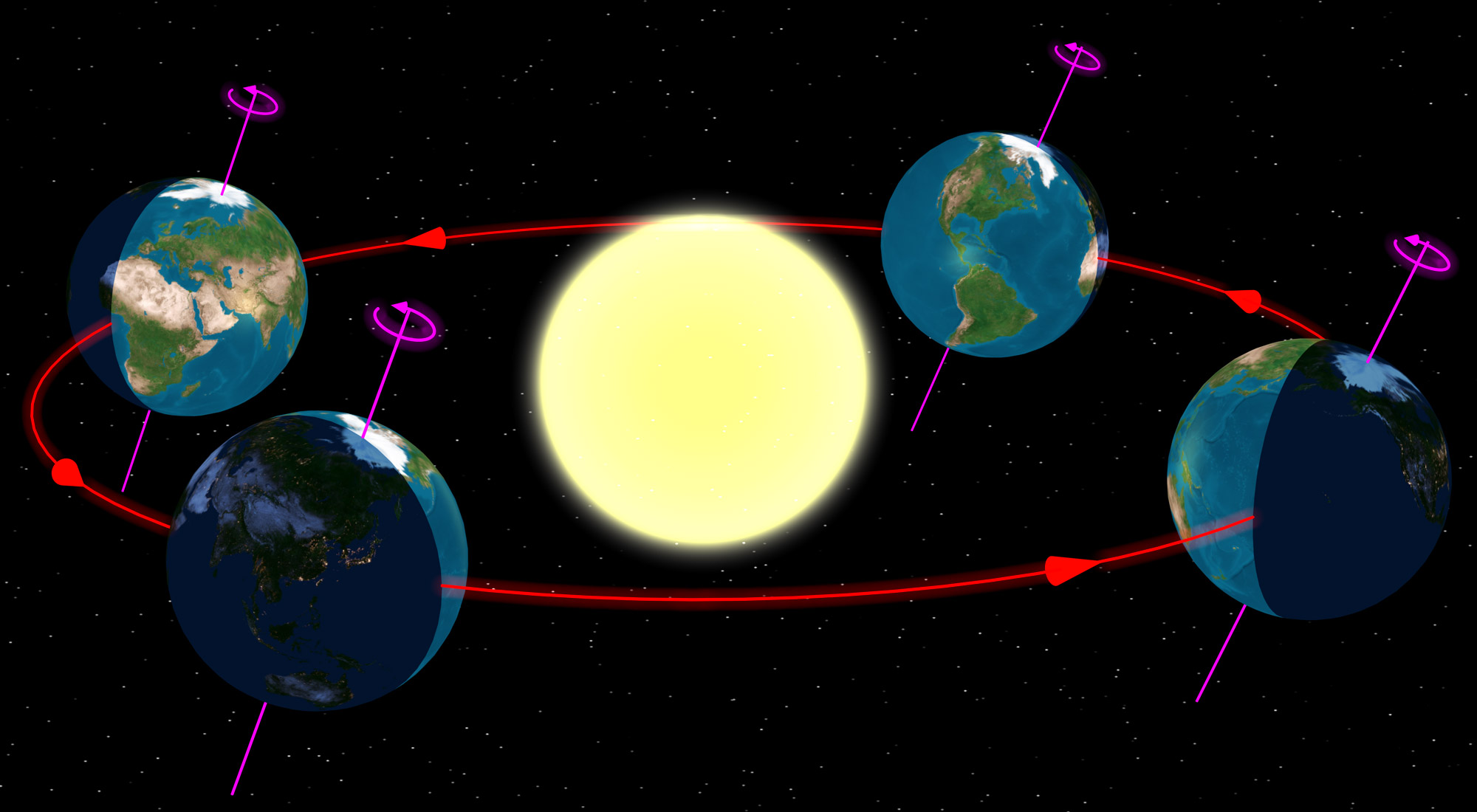 So, I would suggest:

Since you just want things to be colder, but still have similar seasonal variation to Earth the two most obvious choices are to raise your orbit or to switch to a cooler star. Since you also want shorter season cycles, you actually want to orbit more closely to your star; closer orbits are faster orbits. Since Earth is already kind of on the hot side we are forced to swap out to a cooler star. That would then give us the ability to lower our planet's orbit such that it's on the far edge of that new, cooler star's goldilock's zone.

Alternatively, you could keep everything else the same, but raise the orbit a bit and give the planet an obscene precession of 5 months:

Be aware if you are going hard-sci then all these tweaks come with strings attached. For example, close-orbiting planets tend to be tidally locked. Just something to be aware of if you are going for absolute realism.

Not the answer you're looking for? Browse other questions tagged weather seasons .

12
Centralised continent, with sea/wind currents?
5
What weather patterns would occur on this map?
3
What would be the major weather patterns on this map?
7
How would a large arctic mountain range affect the weather?
3
How might a stone age agriculturalist who has never experienced significantly cold weather describe such cold?
3
Weather Patterns in a Pocket Dimension
5
Antarctic Climate on Greenhouse Earth
3
Weather patterns in an ice age
2
Climate and weather without obliquity and eccentricity?