How high can a Victorian-era kite sail be flown?

A big problem with Steampunk airships is how to propel them. Steam engines tend to be too heavy to be useful. And sails cannot be used, because unlike sea-going ships, airships are in contact with only one medium - they don't have the sea to push against.

A clever proposal that sometimes come up is to use a kite sail. With long enough ropes, you can reach different air currents. This may require very long ropes, though.

Steampunk submarines may be limited in fuel, and an easy-to-fold kite sail could also be useful for saving fuel when crossing safe waters. It would obviously not work when submerged, but early submarines actually spent little time submerged, lacking modern air-independent propulsion.

But the usefulness of kite sails depends (among other things) on how long can you make the ropes. How long could ropes be made for a kite sail during the XIXe century? The answer may different for a surface ship and an airship letting a sail hang below it.

Edit: to clarify, the question is about the possible length of the ropes for a kite sail specifically, before the weight of the rope either pulls the sail down, makes the rope snap or otherwise become impractical.

For simplification purposes, let's assume that the rope is hanging straigt down from the kite, with the kite having just enough uplift to stay at a constant height.

In reality, the kite would be stretching out from the vessel at an angle to actually pull it into a certain direction, similar to modern container ships using kites: 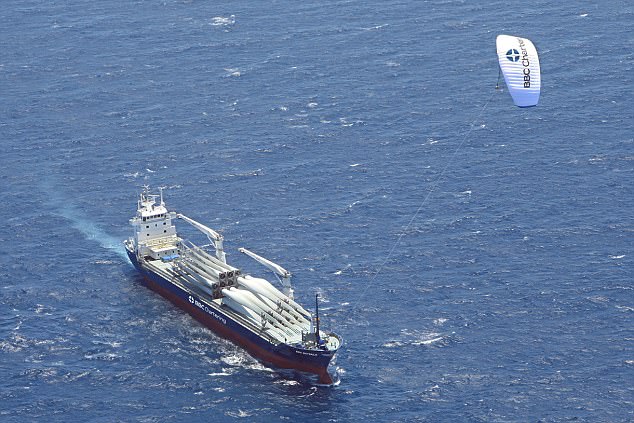 For these container ships, of course, the kite's altitude does not matter too much - a couple hundred meters above the surface winds are already fast enough.

For now, let's calculate the best-case scenario: The kite is not actually excerting any forces on the ship. This can be taken into account at a later point in time - you will see why.

Thanks to the data sheet provided by @AlexP we know the minimum breaking load to weight ratio for different thicknesses of hemp rope - a material which was broadly available in the Victorian era. 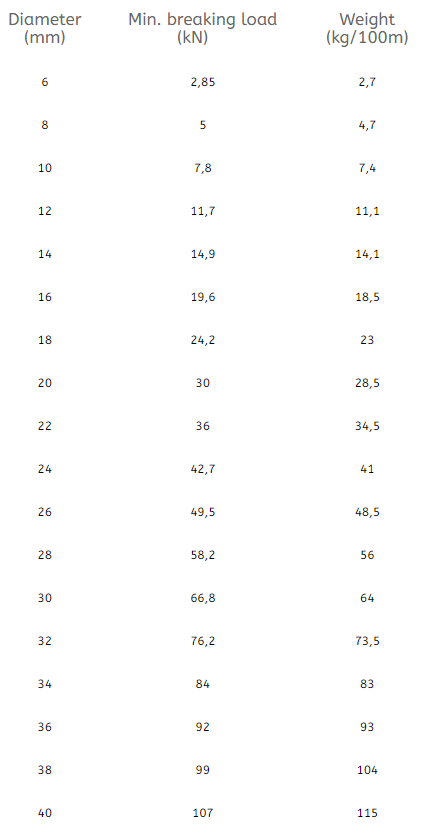 We can calculate the maximum length of a hanging rope using the equation:

is the maximum length of the rope

is the mass of one meter of rope

is the minimum breaking load

If we solve for

According to this equation, we want to have the best

If we look at the data, the best ratio is found in the thinnest ropes with thicker ropes becoming slightly, but progressively worse.

So, let's solve the equation for the thinnest rope in the dataset (6mm):

So let's make some more assumptions.

Now it gets fuzzy.

Your question states that the kite should be used to save fuel, not as a single source of all propulsion necessary. So effectively every little bit more of force the kite excerts apart from the one used to keep the rope upright will help reduce fuel costs. Additionally, we don't know the weight or drag coefficients of the ship - making it impossible to assign any numbers.

For example, we could say that we want the kite to be able to excert at least the same force as the static thrust of an engine of a modern cessna single-engine aircraft (~500 lbs / ~2000N). 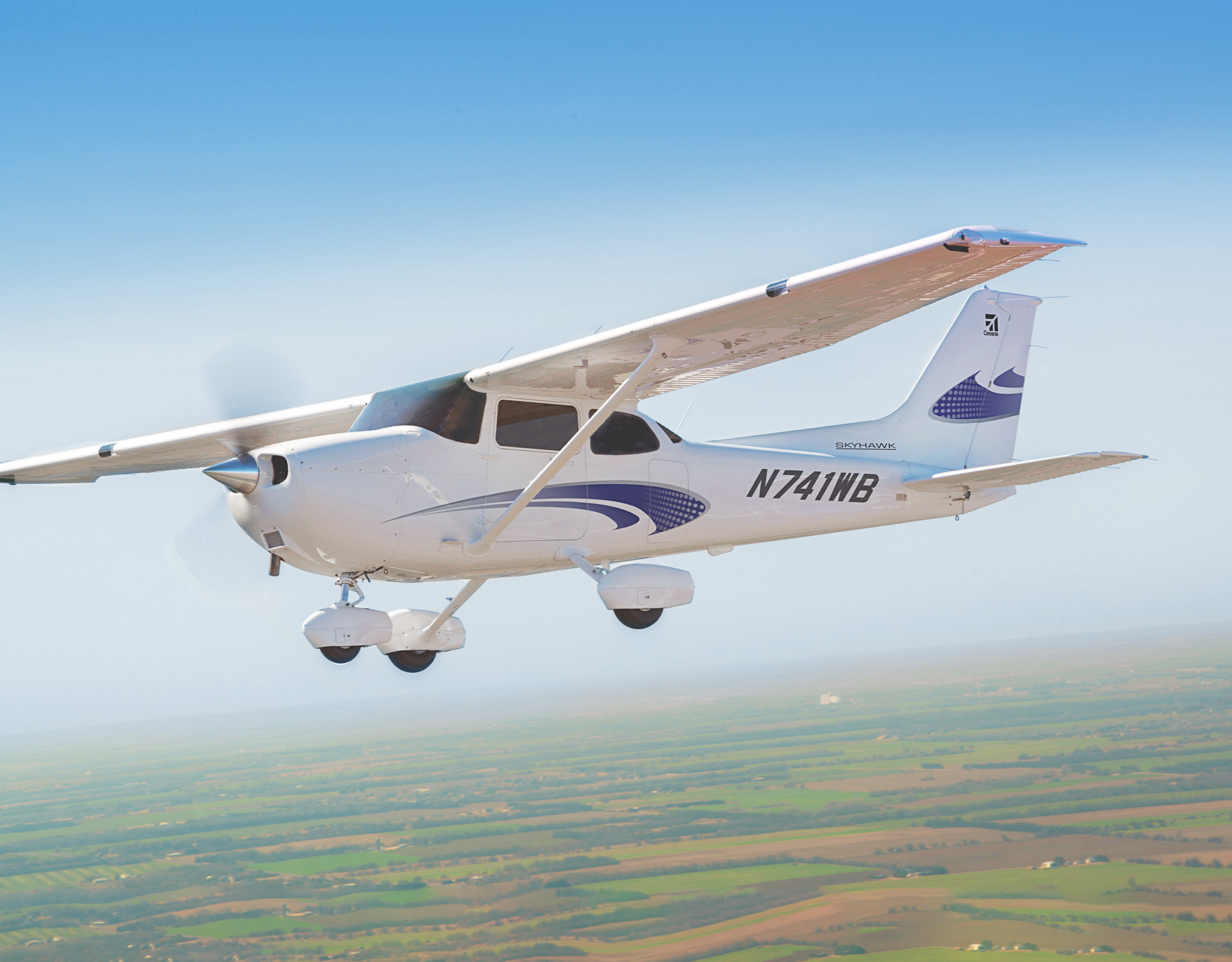 Let's compare the value of 2000N used for propulsion with the forces excerted by the rope at maximum length. Even if the rope has the minimum thickness of 6mm we still have to deal with 2850N of sheer gravitational pull. If we choose a more useful thickness like 34mm the weight of the rope alone will attribute for 84000N alone. In this case, the generated thrust becomes neglible enough to not take it into account.

Of course, no airship engineer would design his kite ropes without safety margins. Let's assume a conservative 50% of the maximum allowed force. Because the calculation above scales linearly with its components, we can assume that the rope would have a maxmium length of about 5000m. 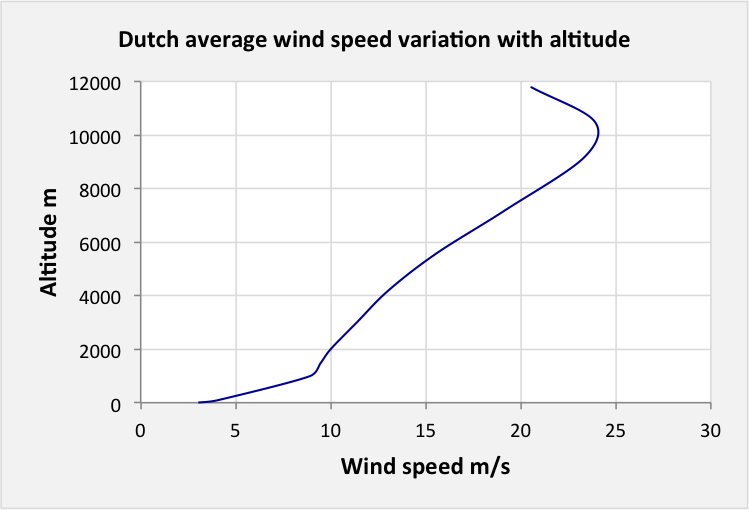 Wether 5000m is enough height or not is up to you to decide. I would say that it isn't - especially because you can have the airship just accend to the preferred height and let it be carried by the wind, requiring the engines only for course corrections or additional speed.

It doesn't matter how long your rope can be, because you can't ever launch the kite from the free balloon that your airship becomes when unpowered. The wind speed at your launching point will always be effectively zero.

"But we'll hang the kite below the airship and take advantage of winds down there."

Not much help if you're at ten meters trying to launch from mooring. And never mind trying to get into mooring -- sailing ships are never docked under sail; they're towed in that last hundred meters or so, and a ship with masts and hull in different media has far greater control than an airship with a kite out.

Further, if you hang the kite below the airship, you can never get it above, where it might do you some good when you need to fly low, because the kite would have to pass through the layer of air that's at zero speed relative to the airship.

You could possibly launch your kite sail while the ship is moored, though it would be very hazardous to unmoor in enough wind for the kite to lift itself -- but if, for any reason the kite is taken in or lost, you're stuck flying a very large free balloon.

Not the answer you're looking for? Browse other questions tagged science-based engineering ships airships steampunk or ask your own question.

37
How could a sail powered airship work?
1
Non-Enclosed Boat/Backless Boat?
4
How much to charge for fictional substances in Victorian England setting?
12
What are the consequences of using limited anti-gravity for steampunk-style airships?
12
How do I map aerial trade routes for my airship economy?
10
Could 'robotic' prostheses be possible in the victorian era?
6
Post-apocalyptic aircraft