Imagine someone who could do everything Lars Andersen can, but with even more accuracy and power, in addition to being very strong and athletic and being able to do it with a heavier bow and faster arrows.

Is it plausible that in the modern world, this person could, or rather would be utilized in military conflicts? This question - How to explain the use of high-tech bows instead of guns - is similar, but asks how to modify the world to suit the premise.

In this question, I'm not looking to "explain" it by changing the world, but rather asking a - more or less - yes or no question. There are no archers on the battlefield today (as far as I know), but if there was someone so skillful at archery, could he be of use in a modern military scenario?

Believe it or not there is still one archery unit in a modern military: Taiwan's (ROC) Mountain Company. This unit uses bows in dense forest, heavy underbrush, mountainous terrain for its stealth (usually with ambush or hit & run tactics).

I don't know of any other unit which just uses a bow (as in long or recursive) but China does use crossbows for a number of operations (usually border & civilian suppression) as in: 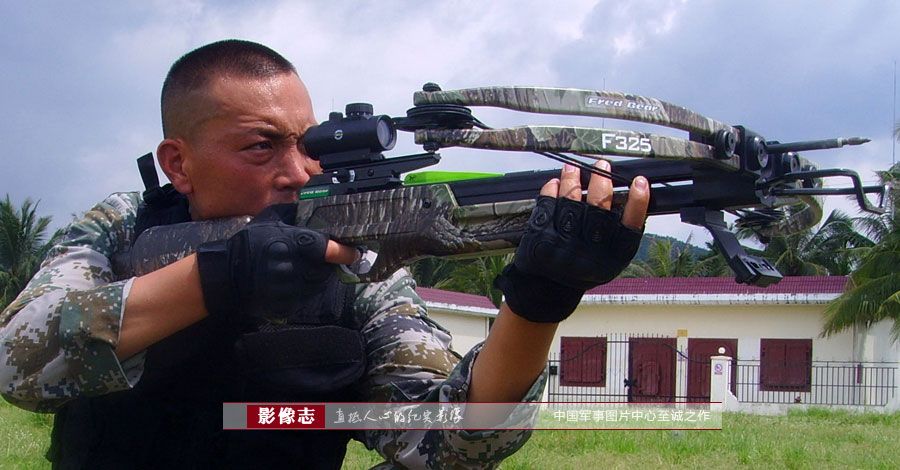 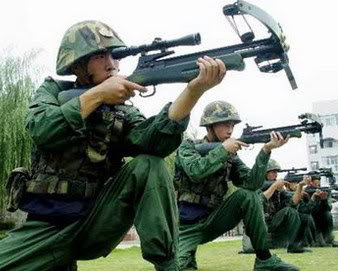 Also, certainly within the modern time frame, the Vietnam war saw the Montagnards (native group working with the US military) using crossbows against the Viet Cong. The Green Berets were rumored to have also found these effective for ambush and hit & runs and to have used them when working with this group. I have never found someone who collaborated this (one GB stated they were given one as a gift but said he never used it). Still, I have heard numerous stories of Montagnard usage at least.

Now WWII might or might not be modern, and this might not count but have to include it. There was this crazy guy named Jack Churchill who actually fought with a longbow (& broadsword while playing bagpipes). This was not due to any tactical advantage - the bow broke before he could really use it - but was a moral booster.

Military groups have really removed the crossbow & bow as assassination weapons (rifles are just better due to range) but they are still used in jungle combat, with special forces, and as riot equipment. 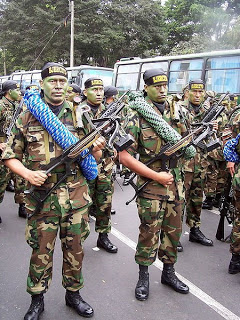 Peruvian unit (note jungles behind them) in formation with crossbows

TLDR; Any heavy camo area (jungle, forest, etc) where the silent aspect of the bow/crossbow is vital to the tactics small units use is the current usage in the military.

As far as I know, what Lars Andersen does, has more in common with stage performance then with bow shooting. In order to achieve such speeds, his bow has extremely low draw weight. I can't bring any scientific proof, but I think it's biomechanically impossible even for a fit human to achieve speed, accuracy and projectile velocity with a bow to be on par with contemporary firearms.

There are additional problems with bow and arrow as compared to firearms in the modern battlefield conditions. The whole configuration itself is quite bulky - bows are pretty long (even the short ones), arrows are long too. It's much harder to shoot a bow from cover - you need to take a specific, comparatively exposed position and need space to spread your arms.

Additionally, if we are speaking about battlefield usage, although arrows may have a chance against soft armor, they pose very little threat to trauma plates.

So, the only scenario where bow and arrows can be useful is ambush (or assasination, as AlexP says), where your target isn't armored, doesn't expect an attack and you have at least one chance to loose a heavy broadhead arrow to disable him quickly. If your targed is armed or has bodyguards, the chance of follow-up shots are very low. If you have multiple opponents, you're better to have numerical advantage.

Modern warfare is characterized by asymmetrical warfare, not so much by technology. Combatants in the middle east with little to no technology can evade America's drones, cameras, satellites, bombs, etc, by constructing and using caves and underground tunnels. One of the biggest challenges America faced in their war with Vietnam was not their technological or militaristic strength; it was the Vietnamese terrain, the local's knowledge of the area, and politics (the US could not bomb outside Vietnam, so the Viet Cong used the Ho Chi Minh trail which ran through Laos and Cambodia).

The point is not whether or not he could be of use, but in what situations would he be of use?

Guns are loud. REALLY loud. Silencers don't do what Hollywood makes you think they do. There are small guns (sub-22 calibre) that can be made to be "silent", but they aren't lethal. This makes them rather impractical, because you (a) have to be close to the target and (b) would probably be better using a knife at that point so the target doesn't scream. If assassinating a high-profile enemy target, a really good archer could get "close enough" - being upwards of 50 or 100 yards away - and make a lethal shot with a silent arrow.

Furthermore, because arrows don't rely on explosives, they'd be easier to deconstruct and take through airports, across countries, hide in cars, evade detection by police dogs (who are trained to sniff-out explosives).

Any type of assassination or black-ops situation could make use of such a skilled archer for the simple advantage of sound - he can move quickly, strike targets, and not reveal his location. Even simple issues like navigating through a forest would allow him to kill and eat his own food without risking the gunshot being heard miles away. This makes him a silent predator that can quickly enter (and leave) difficult terrain silently. Or, rather, he can camp out in difficult terrain silently.

Suburban warfare is hell for everyone - if a governing party doesn't (or can't) blow up a city, and that city is extremely hostile, every single building because a potential hiding spot, explosive, etc.

Without the "boom" of guns, an archer on a rooftop can hit a target without making it obvious which building he is on. He can even release the arrow and run away before the arrow makes the impact. Not relying on gunpowder makes him especially dangerous, as he can either recover or manufacture his own arrows with relative ease.

There are a few answers discussing the relative merits of rifles and bows, and we all know that rifles are going to be the better general-purpose tool. That's not really news. That's probably not what you're after, though. The basic principle of armed conflict hasn't changed since the bronze age: stick them with the pointy end. Arrows do that just fine. The question then becomes, why can't I put a cool guy in a story with a compound bow and a thick quiver?

Plastic-based and ceramic-based armor is basically impervious to arrow strikes. A cutting projectile would be better than a low caliber handgun against polymer fabric armors, but a rifle will cut right through those anyway too. This limits your choice of targets to people who aren't geared up for a serious fight: night raids, supply stations, police, some limited ambush situations, etc.

You can get through windshields and door panels and hit a target on the other side with an arrow at reasonably close range, but not reliably. If your arrow glances off, it's not subtle. See https://www.youtube.com/watch?v=yAcWu6Y68pA for a demonstration. "Reasonably close range" isn't a good plan, though. More on that later.

Forget it. Then again, the rifleman can't shoot through these either. That's the point.

If you're fighting one person with a gun, the element of surprise is pretty much all you need. Drop your target, get into cover. If there are four or more people with guns, you're going to die. They have better maneuverability. An archer needs to make larger movements to get out from behind cover in an extended firefight than someone with a gun.

This is a little more interesting. Arrows maintain lethal force through a parabolic arc better than a bullet, which makes the effective range of an 80 lb. compound bow very comparable to a general purpose rifle like the M16. Not longer, mind you. Comparable. They both come in at about 500 yards. A heroic figure might be a better marksman at that range than red shirts with firearms, even though in the real world, the arrow is more sensitive to environmental factors like wind. Creative license!

There's almost no such thing as an extended sight line in an urban environment. You could lob arrows at groups from a safe distance, maybe try to force workers indoors, but otherwise, you're limited to the short range constraints above. Also, trying to shoot out of a window will limit your fire lines and, in turn, reduce your maximum range.

This might give you better angles for hitting light vehicles at short range. Other than that, this is just a trap. What interesting targets are going to be on foot, alone, and lightly armored?

I wouldn't pick a fight on the open plains. You'll just get shot.

There are some interesting tactical opportunities for beaches, though. You can fire from a boat into open windows or at off-duty combatants. You can catch sailors boarding, supplies leaving harbor, things like that. Basically, it provides an exception to the short range limitation of the urban environment.

The person you're describing here isn't really a soldier anymore. He can hit civilians, unaware combatants, and their support troops. He can't take and hold territory. All he really can do is cause disorder and break morale. This person is a terrorist.

Not the answer you're looking for? Browse other questions tagged internal-consistency warfare weapons military .

51
How to explain the use of high-tech bows instead of guns
39
In modern day combat, what would warrant singing during battle?

8
Could a mass-proportional physical speed limit on projectiles "nerf" guns but not ruin archery?
5
Would height and arms length affect the power and effectivness of a longbow like weapon?
6
Cannonless ship of the line - could I have ship of line with magic catapults/balistae?
22
Are the draw weights of 90# to 100# realistic for women archers?
5
Greatbow Utility
30
What would a guerrilla band of authentic female medieval archers look like?