I'm reading a comic set in a really unique fantasy game. One of the creatures that really caught my attention were a type of slime/sword called ego sword. In their normal form they're a blob but can turn into innumerous items like swords, shields, etc. Here are some drawings I made of them (couldn't get pictures from the comic): 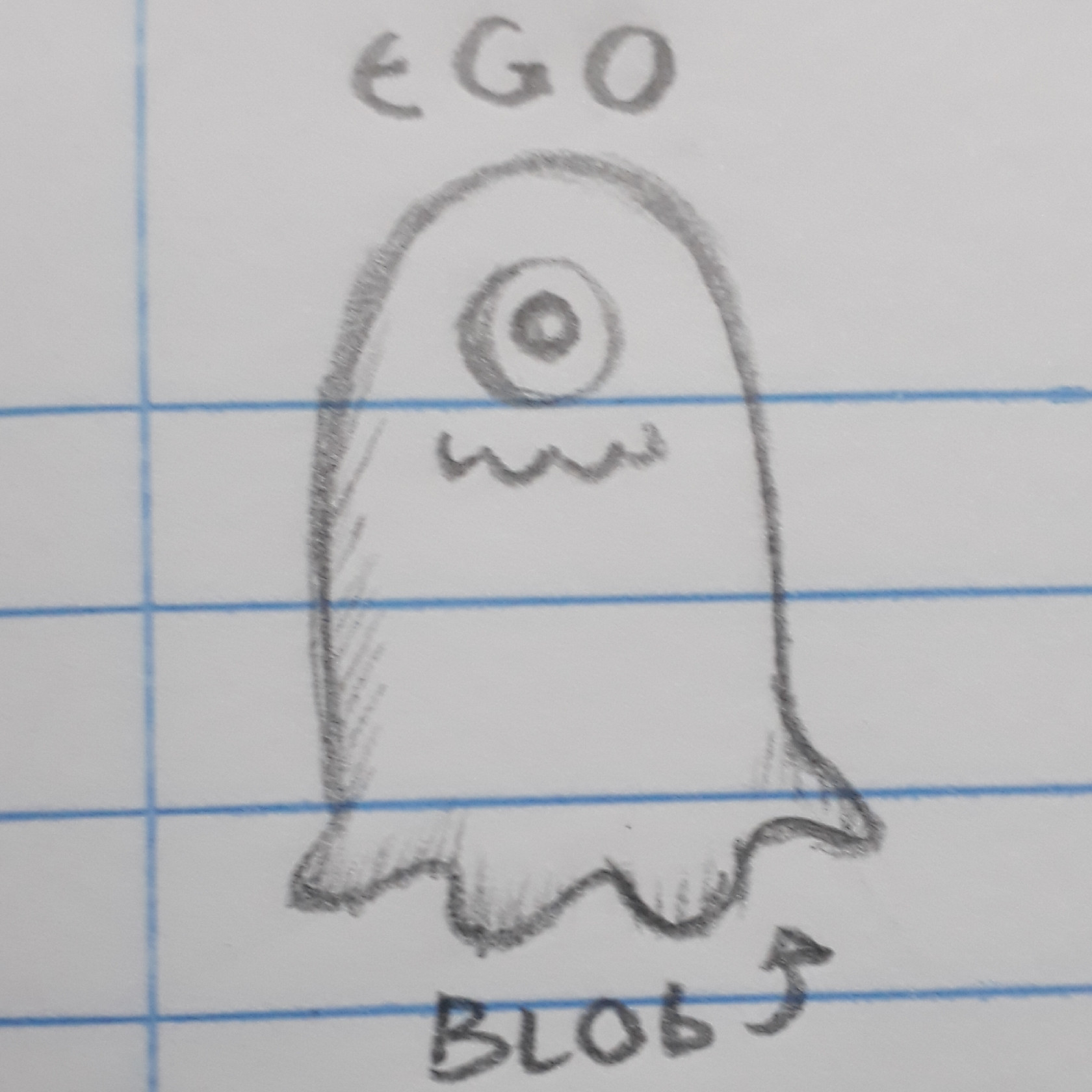 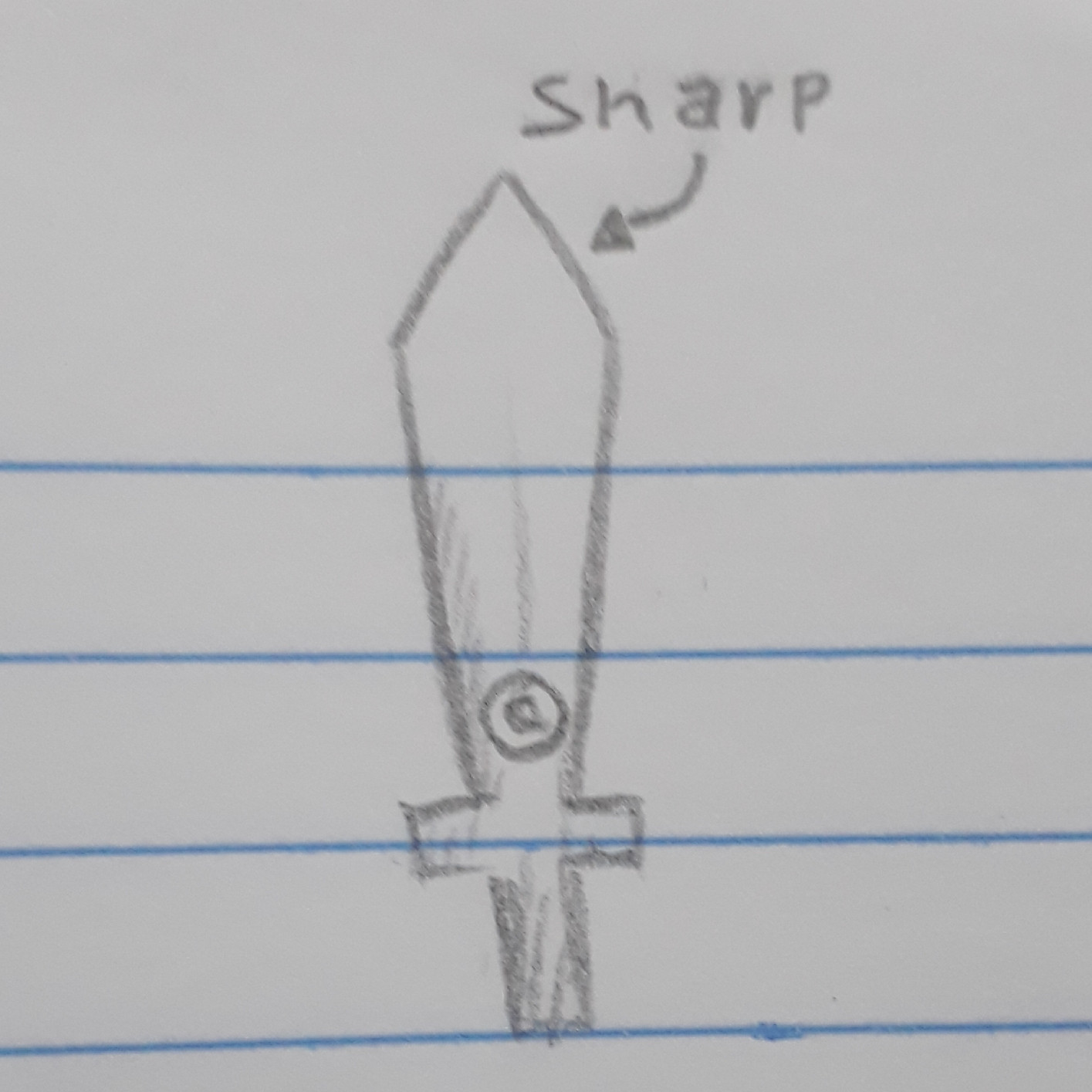 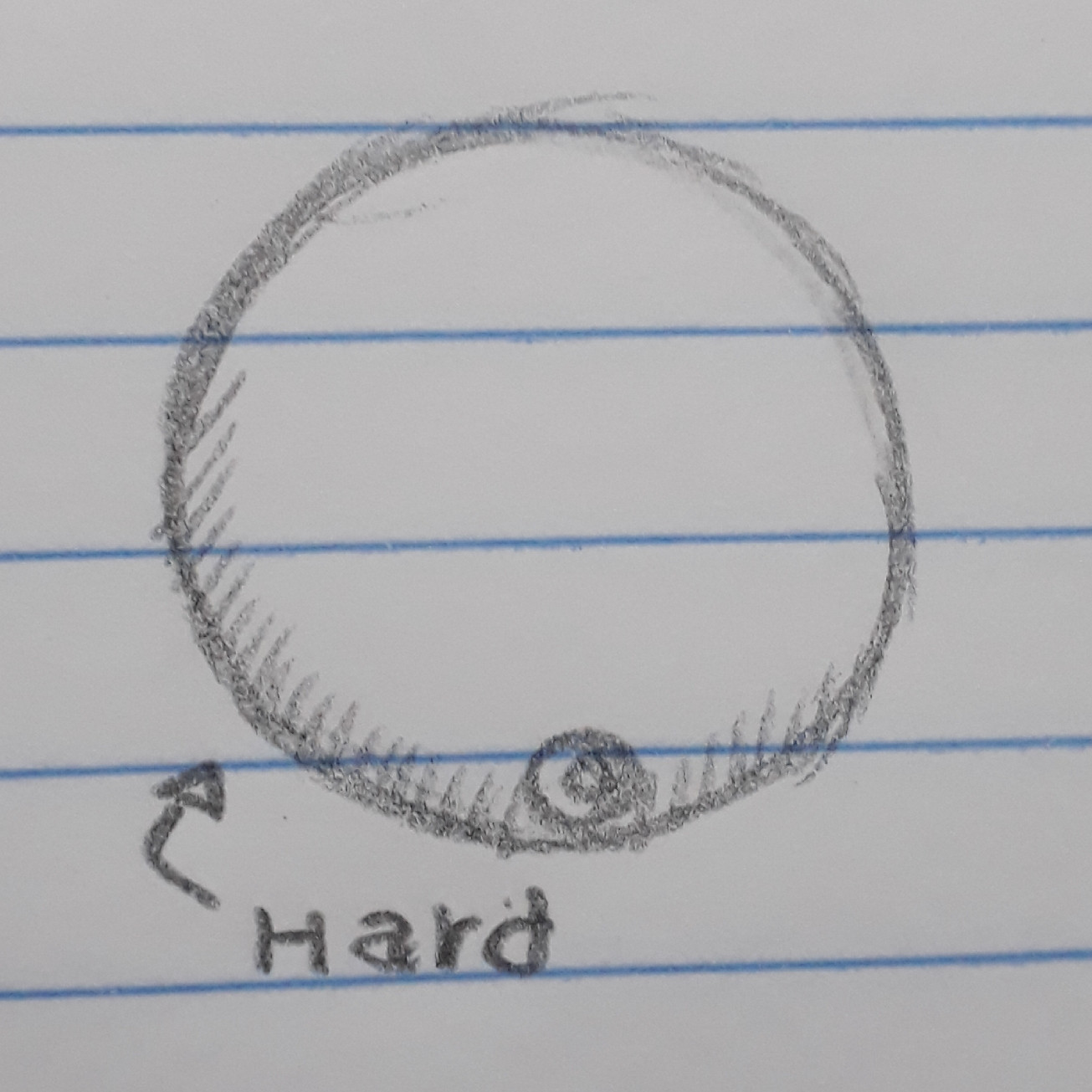 So, without magic being the explanation, would ego swords be possible in our world? How would they harden and change form quickly? Could they be usable in battle, and could a body really be able to do that? What would be the drawbacks?

Possible, but only if they were non-homogeneous.

I'm going to work off the assumption that these are living beings. I've not an idea how such a living being would develop. So, let's discuss the Ego. This Ego would be more of a colony, rather than an entire unique organism, composed of a few different types - muscle, form, mind, and sight. (Types of what? Cells, maybe, or groups of supercell clusters.)

Muscle - these types let the Ego move. They're responsible for the blob form being able to move, and would allow it to shift shapes. Unfortunately, they'd be a bit lackluster, and wouldn't be able to give the Ego itself much strength. They'd also be reliant on the form cells to give them structure in blob form.

Form - these types are the hard parts. Literally. In blob form, they're dispersed as widely as possible, only linking with each other in rare thin, structures to allow the muscles to move the blob, than shrinking. In sword and shield form, they'd turn into the edges. (This gives you the advantage of having a sword that had a flexible middle, letting it take blows well.)

Mind - these types let the Ego give commands, telling the muscles to move around, letting the blob move and shift, and shift back from sword/shield to blob. Also dispersed, but they'd always be connected to each other, like a really flexible massive nest of nerves.

Eyes - the only single type, which lets the Ego see.

The egoes are made out of pure muscle, where muscles could harden or soften at will. The muscles are extremely small and thus flexible. They are arranged in an egg like pattern and thus have a slimy feel to them. Alternatively, muscles could be inherently slimy. Their eye is flat, having bad eyesight making them require wielding rather than combat, and is connected by extremely flexible nerves.

Not the answer you're looking for? Browse other questions tagged science-based biology creature-design weapons anatomy or ask your own question.