What would prevent chimeras from reproducing with each other?

There exists a polymerization spell that allows distinct animals to combine with each other, creating an entirely new creature. The beasts in question are held in transumutation circles linked by ley lines and surrounded by specific ingredients to make the spell work. Ingredients are specific to the creatures in question, or setting will go wrong and you will end up with a messy, organic blob.

After many hours of ritual chanting, the summoner finishes the spell with the phrase "FUSION!! HA!!, which combines the animals. These creatures are not like tigons or ligers, beings that have numerous biological problems due to their unnatural situation. Instead, it is a true fusion of two or more creatures, a symbiotic joining that gives the creature the best traits of its parents.

The chimera, such as a sphinx, a sharktopus, or a piranha-conda, is a fusion of the components of both creatures to create a unique biological system. Due to this factor, they are unable to breed with either species, as the resulting animal looks completely different from both parent races. However, it has also been discovered that chimeras of the same type cannot breed with each other either. This makes the business of making these things expensive, as they must be custom- built each time.

How could chineras be prevented from reproducing with each other?

They can breed. They just don't breed true.

Start with Mendel and his peas. There is more going on in the genome that is apparent in the phenotype. When you cross 2 animals apparently the same, you will get some traits in the offspring that were present in neither parent. 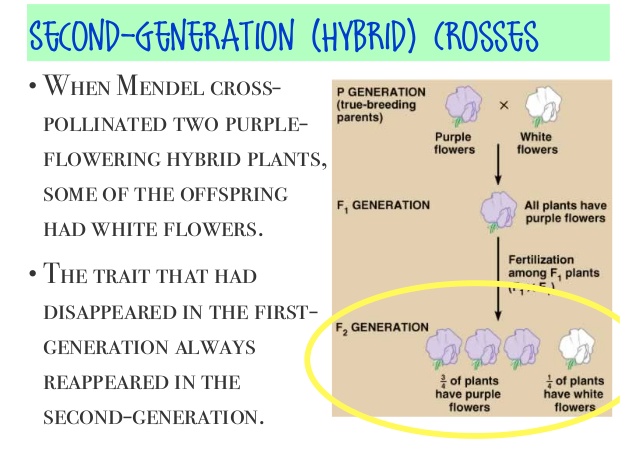 This is why first world farmers don't save seed since the 1930s - hybrid seeds don't breed true.

But you can riff on this with the magic angle. If you dig into the code used to make any given software product you can find artifacts of its prior applications. Coder credo: "use old code". It is field tested to work and it is easy to copy paste. So too the magic underpinning of your hybridization magic. In the magic are relics of its prior uses hybridizing other animals, and possibly other more distantly related applications.

When you cross 2 magic hybrids, in the second generation your creatures will manifest aspects of their "magic genome" that was not evident in either parents. There will be aspects of other prior hybrids. There may be manifestations of necromantic or regenerative magic. There might be a summoning. It is already enough work to make a hybrid using the magic you have; this magic is cumbersome and annotations when they exist are cryptic and hard to decipher: either by intent, incompetence or extreme antiquity of the annotators.

No result is fine and realistic. In real life, defective code (or mutant gene) probably just will not run/work. Much more interesting is when bad code / mutant gene gives an unexpected result. Maybe still usable. Maybe a total disaster. Maybe much better than what you expected. That is how real genetics works.

The DNA of the creatures remains separate. While the immune response of each creature will no longer murder these alternative DNA cells (strongest traits of the parents!) It also means that when creating sperm cells the DNA remains separate.

Example, in the case of 3 creatures being merged, the sperm created would consist for 33% out of each individually added creature.

Theoretically they could still reproduce with their original component creatures, but which creature is going to do that? And it will not produce a chimera, but a single one of the original species, assuming the wrong DNA doesn't merge with the cell first and cause the egg cell to fail. So in the end it wouldn't be an efficient use of your time to let them breed like that.

The magic that binds the Chimera together also prevents them from breeding. The original component animals weren’t sterile, but the resulting creature is (because of the transmutation process).

If you want a slightly more involved (and messier) reason:

The magic that binds the Chimera together is linked to their life force. When creatures breed, their life forces intermingle. The Chimera magic is powerful, but delicate, so mixing two chimeric charms via the act of breeding tends to result in spectacularly unintended side effects and apprentice summoners cleaning globules of the two (now ex) Chimera off the walls, the floor and the ceiling.

Either way: incompatibility between the magic and the process of breeding is what prevents the breeding.

Some simple people think that for making a basic sphinx you only need to mix a human and a lion. That somehow you mix both and the result will always be a sphinx. Those that hold such views reveal their uttermost ignorance of the art of chimeracraftship. For it is clear for even the most dumb, that when mixing a person with a lion you could end up with a creature having the head of a lion and a body of a human as much as a one with the head of a human and the body of a lion. Or a lion with an additional pair of human arms, or a person with lion tail, the possibilities are countless. And that is only taking into account the parts of the creatures that will be mixed.

The reality is that the floor lines, the ingredients put around them, and even the chantics themselves are part of the chimeras. They are not some "instructions" for how should the animals mix, but actually become part of them.

Now, it is true that the effect of some ingredients doesn't a big influence on the creature, for instance having a greater number of corn grains will generally just result in a more yellow fur in the resulting sphinx¹ and a proficient summoner is usually able to obtain a decent result even with suboptimal ingredients (like fruit non being fresh), at the cost of a longer process and putting more of its power into the transmutation.

But the fact is that everything taking part on the invocation, from the disposition of the ingredients, the exact intonation, rhythm and pauses used by the summoner, to the original themselves take a crucial role in the forming of the new species. Thus, even though they are all classified as sphinxes, each and every one of them is its own specie, as they have their own lineage (which will only ever have a single individual, sadly).

A few chimera creators have done some experiments trying to create two distinct individuals from the same species, usually by having two summoners build the same type of chimera at the same time, with the same ingredients and using pairs of animals of the same litter. So far with no success.

On the other hand, this is mostly an academic question with most summoners just accepting as a fact that the resulting animals will not be able to breed, and very happy it is this way, given the large profits they make from each chimera they create. Actually their guild would get very angry with anyone that proved otherwise.

Finally, note this is completely consistent that even on the Creation, Women and Men were not created separately but one from another, which for chimeracrafters is evidence it is not possible² to create on different acts two individuals of the same species (ie. two individuals that are able to breed between themselves).

¹ The creation of sphinx by the Ancients show us that they were even able to create sphinxes even without corn, although no corn-free recipe is known today.

² At this point this usually rises a theological discussion on God's omnipotence when there are educated listeners in the room, which leads to their official position stating just that doing so would be extremely complicated and doing things this other way was a much more simple and elegant action from our Creator.

The Gods determined that taboos must be broken.

In Egyptian mythology it would have been without wings and male.

To sum-up: each creature has a purpose in the mind of peoples, each reflects a certain aspect of either the female psyche, or the male's - most often to do with the taboos of that society, most usually centered around death and sexual/social boundaries rather than normal reproductive life.

The Gods made them so to reflect humanities's foibles, weaknesses, desires and fears back to them (or perhaps to reflect their own) - often setting people traps to fall into to their shame and death (The Gods also made it possible for only such creatures as fulfilled this requirement to exist - all others are forbidden).

Oh but they can breed. They just have the same problem as modern day bulldogs: they just don't have a shape that favours a tight fit.

Or do you really picture a couple of these ones coupling? 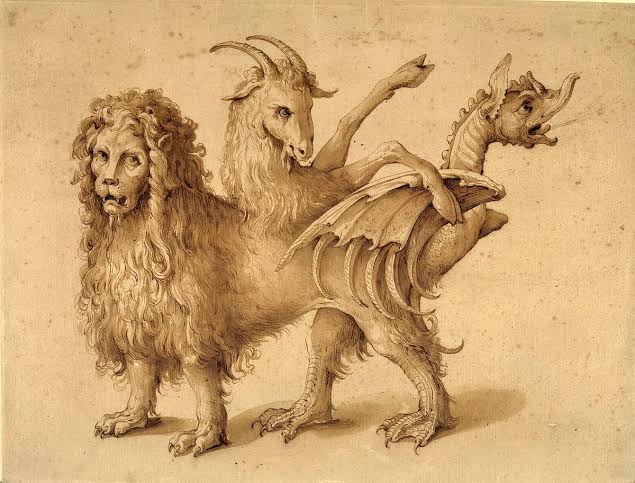 You've never seen sex capable chimeras for the same reason that Mosanto's crops are sterile: there is actual profit to be made if your customers always have to come back to you for more.

Polymerization is an animal grafting spell 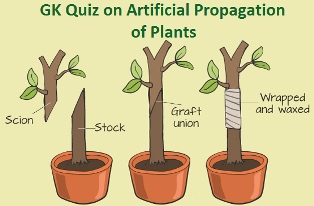 To reduce the complexity of creating a chimera, we don’t deal with mixing DNA. Instead, we only include the parts of the animals we need, which we then graft onto the ‘main animal’, similar to a transplant. The main animal will keep everything it normally has, but have added features from the other animals.

By grafting only the features we need, such as a spider’s fangs, snake head, goat hooves, etc, we reduce the risk of rejection. Also, because we graft the parts onto the animal, and the medicine is preventing rejection, the base DNA of the main animal does not change. If it mates, all we would end up with is the main animal cubs, and none of the grafted features of a chimera. The DNA not changing has the added benefit of any layman with the spell and ingredients being able to carry out the polymerization, and not need a biology degree in magical genome sequencing and splicing.

Why graft features: sexual organs add too much complexity

To create a perfect chimera, and sufficiently lower the risk of ending up with a blob, we should never graft sexual organs.

This is because we are probably looking to create a chimera from animals that don’t mate in the first place; snakes and lions have completely different mating systems and habits. Even species that are both mammals can ‘have a good deal of diversity in their sexual organs’. In terms of habits, some snakes, insects, etc, even eat their mate after reproduction. A struggle between chimeras trying to eat each other is the last thing we want to deal with.

8
Growing magical creatures tissues in vitro
62
Why is this creature afraid of water but not of body or plant fluids?
7
What circumstances would ensure that hybrid species of frankencats are produced in the wild naturally?
6
How can I prevent the creation of fruit-salad chimeras?
1
Making a Predator For Wild Anklebiters
3
Is my Bioluminescent, Four-legged, Bat Creature Possible?
3
Can trolls create chimeras with their renegeration ability?
5
How can a creature literally born from magic be restricted in its magical range?
6
How can I prevent wizards from creating their own private armies of homunculi?