What if two planets orbited each other and also a star?

Say another Earth orbited the Earth, instead of the Moon. What effects would that have? Would gravity change in relation to the planets slightly during their orbits? I am world building and am trying to find a logical way for my planets' gravity to change slightly during a day.

This situation is quite similar to the current Earth-Moon system. As another answer here says, the two bodies do orbit each other, around a central point called the barycentre. The barycentre of the Terra-Luna system is within the Earth, so it just appears as if the Earth is wobbling but staying in the same place: 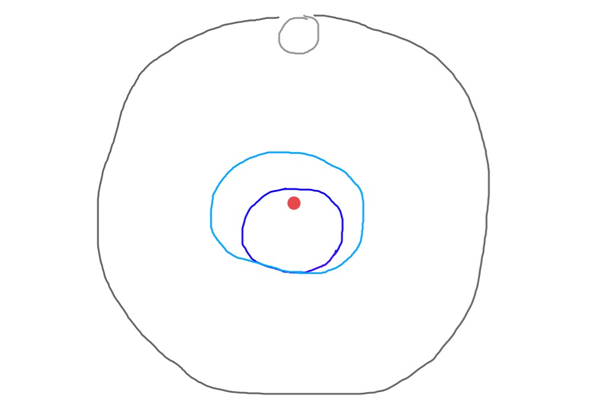 If you increase the mass of the Moon until it has the same mass as a planet, the barycentre moves towards the centre of the system, so both planets move, but the Moon's orbit would be less pronounced and the Earth's more pronounced: 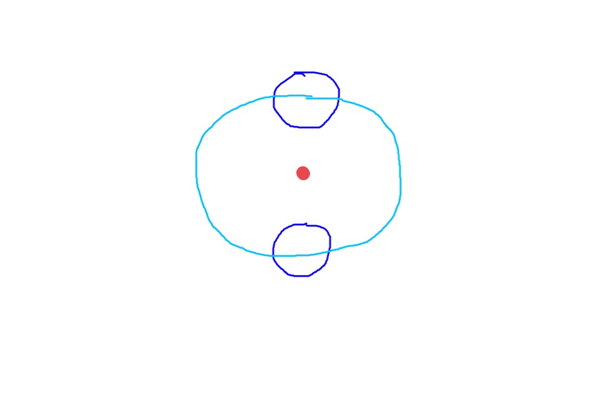 You say you're looking for a way to have your planet's gravity change slightly during the day. This is possible, just by changing the planets' orbits slightly. An elliptical orbit means at the furthest point of the orbit, there would be less force pulling people away from the planets' surfaces. When the planets are close together, there is more force pulling people, so gravity feels less. 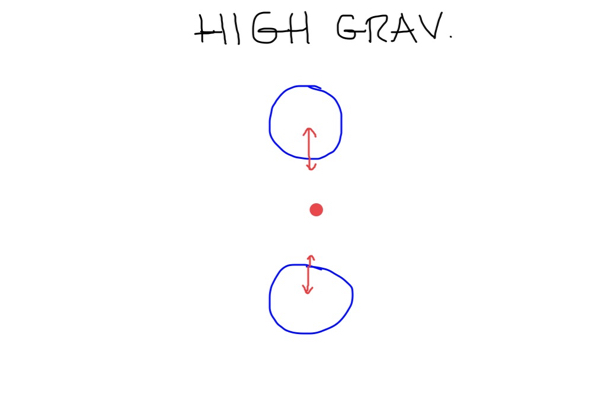 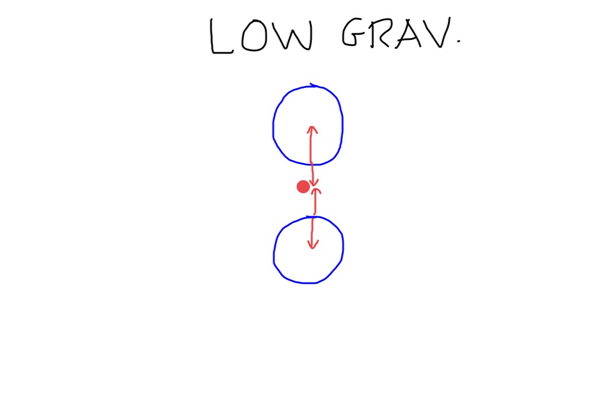 This works best with more massive planets, since they can exert more gravitational pull.

The tidal forces would be the main gravitational effects that would change. Tidal forces cause, among other things, tides, and are the result of another object's gravitational pull. The Moon is influential enough. Put the mass of Earth there and the tidal force will increase by a factor of $M_{\oplus}/M_M\approx81$, the ratio of Earth's mass to the mass of the Moon.

I should note that that's only if you assume that the two planets have the same separation as the Earth and Moon do. This could happen, but it's not necessarily the case, especially if you take into account how the Moon formed. This provides a nice segue into the past of the system.

You might have read about the Giant Impact Hypothesis, and it's featured in several answers on Worldbuilding. In short, it says that a protoplanet collided with Earth during the early days of the Solar System. Some debris coalesced around the larger of the two and eventually formed the Moon. Did this system form in a similar way? Are both planets the daughters of some other object, or did they meet gravitationally? This can impact the entire features of both planets.

I am world building and am trying to find a logical way for my planets' gravity to change slightly during a day.

This already happens when one body is smaller than the other. In the case of the Earth-Moon system, it's called tides.

If the two bodies are closer in size, and they orbit at a shorter distance, you get a greater variation in local gravitational strength. If the variation is great enough to be perceptible to the unaided senses, you get at least two effects. First, tides are enormous. Second, the incidence of earthquakes goes way up, since the crust is constantly flexing. This will occur as long as the mutual orbit period is not equal to the length of the day. After some billions of years, though, the two planets will become tidally locked. At this point, both tides and tidally-induced earthquakes cease.

The Earth and the Moon do orbit each other, or rather, they both orbit a common point between them called the barycentre. The Earth/Moon barycentre is inside the Earth, but closer to the surface than to the centre of the planet.

When two bodies of similar planetary mass are orbiting each other first and then around a star, they are called a "double planet". This is not a formal term though and the definition varies. The most common criteria are that: the barycentre is not inside either body or that the orbits of the bodies around their system barycentre are both convex (or put another way, the star has a stronger pull on both of them than either has on the other). Both definitions can produce strange results.

By the second definition, Earth and the Moon are a double planet as the Sun's pull on the Moon is about twice the Earth's.

If the moon were significantly bigger and not much further away, it would probably have pulled Earth into tide lock the same way it is locked to Earth.

Not the answer you're looking for? Browse other questions tagged planets physics earth-like gravity orbital-mechanics or ask your own question.

7
Tides on a double planet

18
How would two planets with identical but perpendicular orbits affect each other?
8
The sun, moon, stars and planets of a flat world in the center of the universe
6
When two planets are very close, what is the environment like?
2
Effects of visiting other planets
4
Could a binary planet system have two non-tidally-locked Earth-like planets?
6
Two orbits, Four habitable planets in the goldilocks zone?
12
Two planets in a stable horseshoe orbit?
45
Can two adjacent, life-sustaining planets orbit a star such that they are rarely near each other?
45
Could two planets follow the same orbit and never “see” each other?
4
Can two stars be near each other?