Ocean currents near the poles

I'm trying to create a earth-like world, with different land masses. I want to make a realistic climate scheme and determining ocean currents is a part of this. 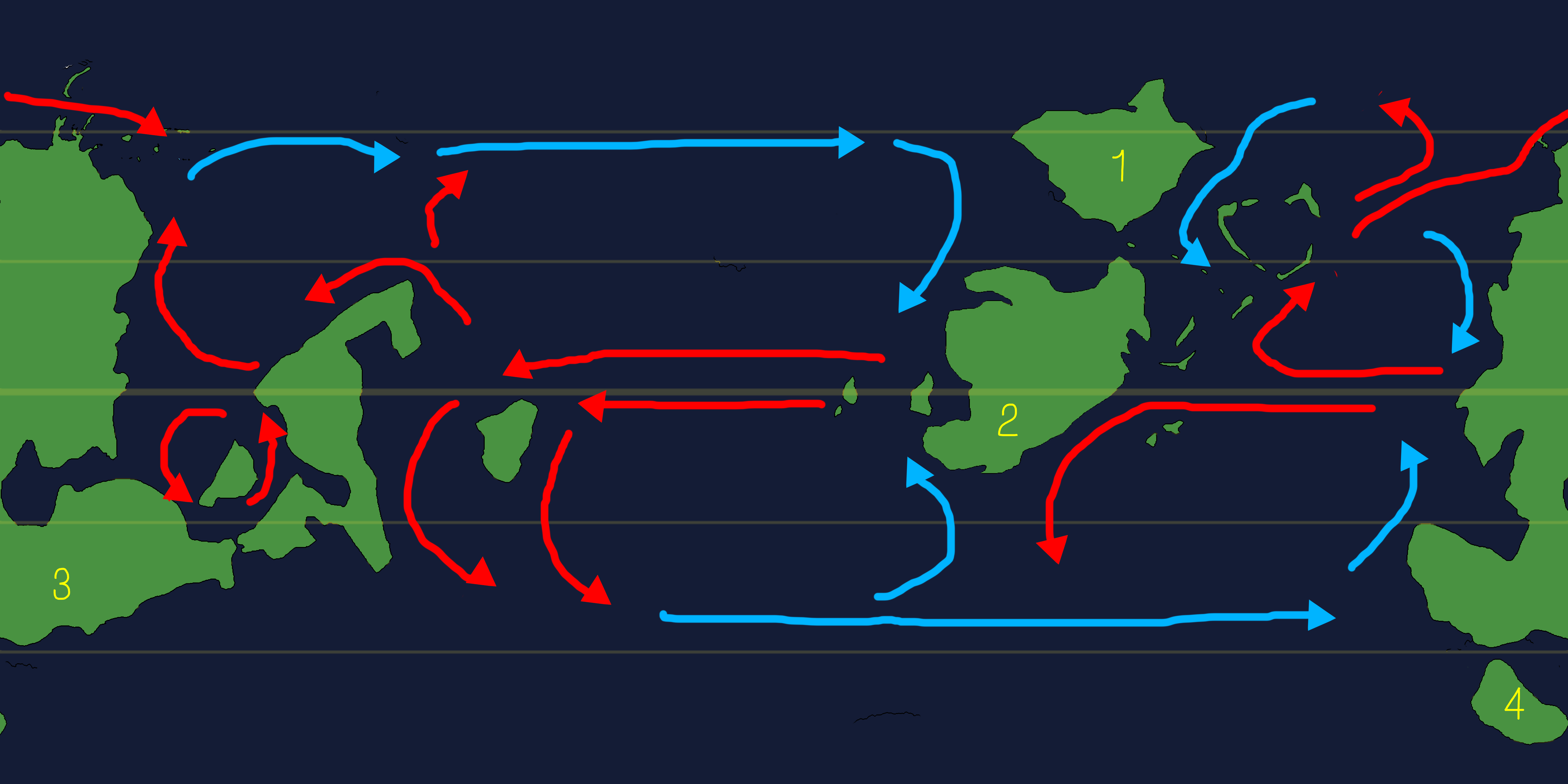 My problem: I'm not entirely sure what to do at the poles because, in contrast to earth, I don't want an Antarctica-like current going around the globe. I'm assuming ice caps at the north and south pole blocking this movement. (in the north the ice cap will reach the small continent in the middle of the map 1, in the south the ice cap will cover the most southern island[4] and the southern edge of the continent above that island)

Looking at the map as it stands I would actually expect that the northern and southern oceans would have independent subsurface gyres that would rotate below permanent sea ice. We have similar currents in Earth's southern ocean with the Antarctic Circumpolar Current and on a much smaller scale with the Beaufort Gyre. I would expect the same on this world.

Not the answer you're looking for? Browse other questions tagged ocean currents polar-region or ask your own question.

5
Antarctic Climate on Greenhouse Earth
6
What would happen to the climate if Earth's sea-levels rose 2000m?
10
Can someone help me with ocean currents? I'm really confused
5
Ocean currents on a world with 1 continent and many archipelagos
8
Can you critique my sea temp map and answer a couple of specific questions?
9
Could Xenarthrans Be Ferried Outside South America?
15
An Aztec ship sails east - where does it land?
4
Are my ocean currents passable?